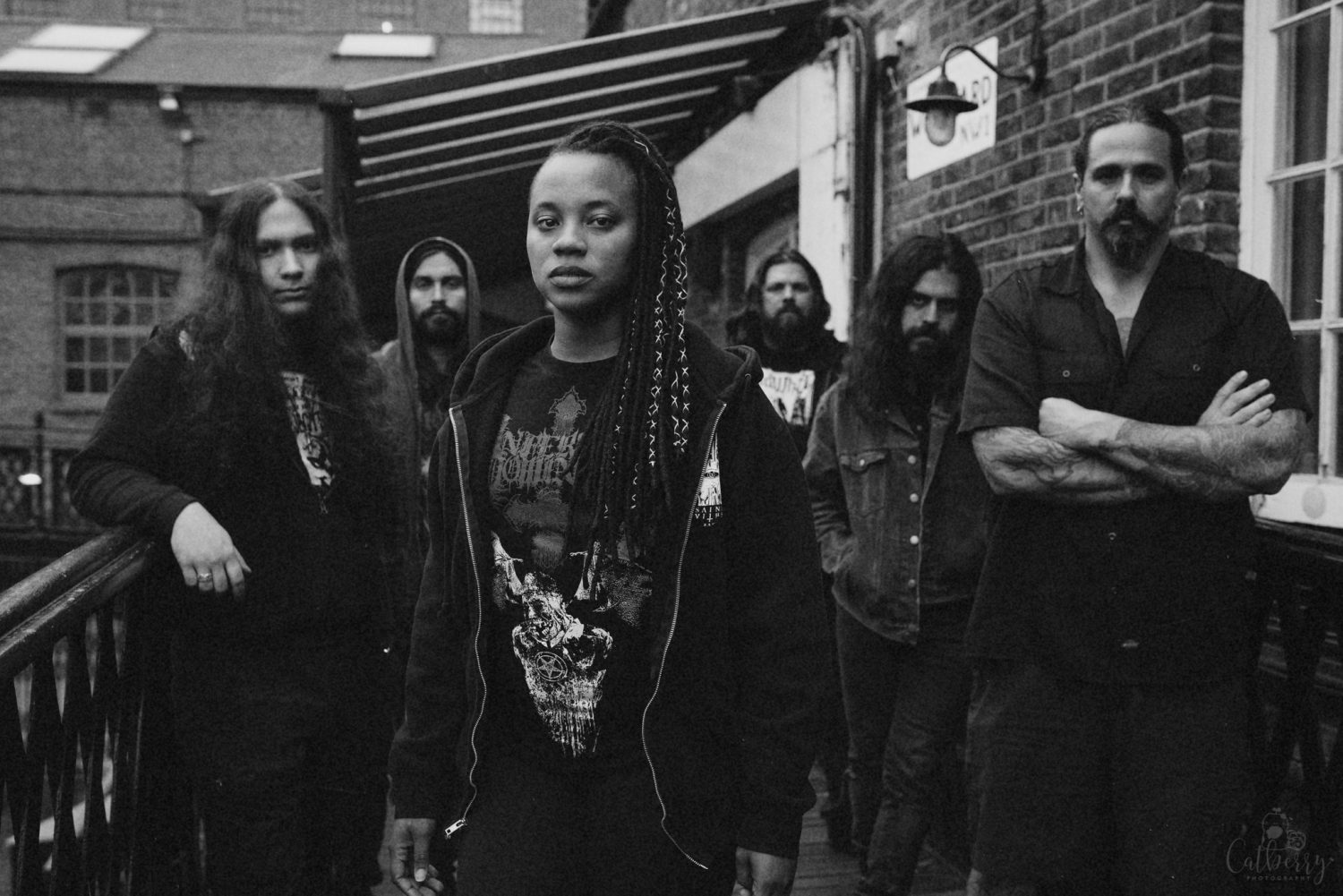 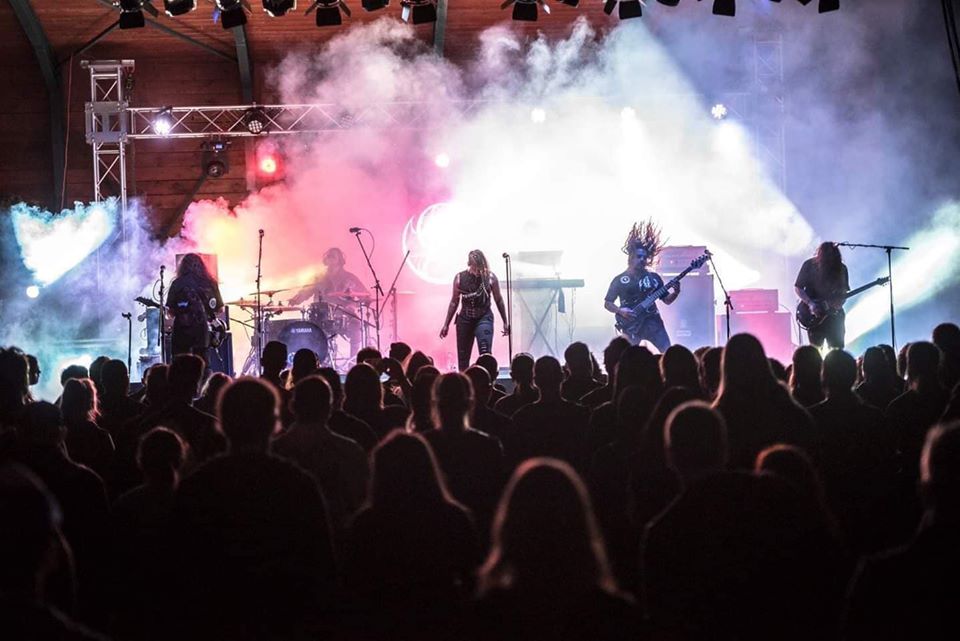 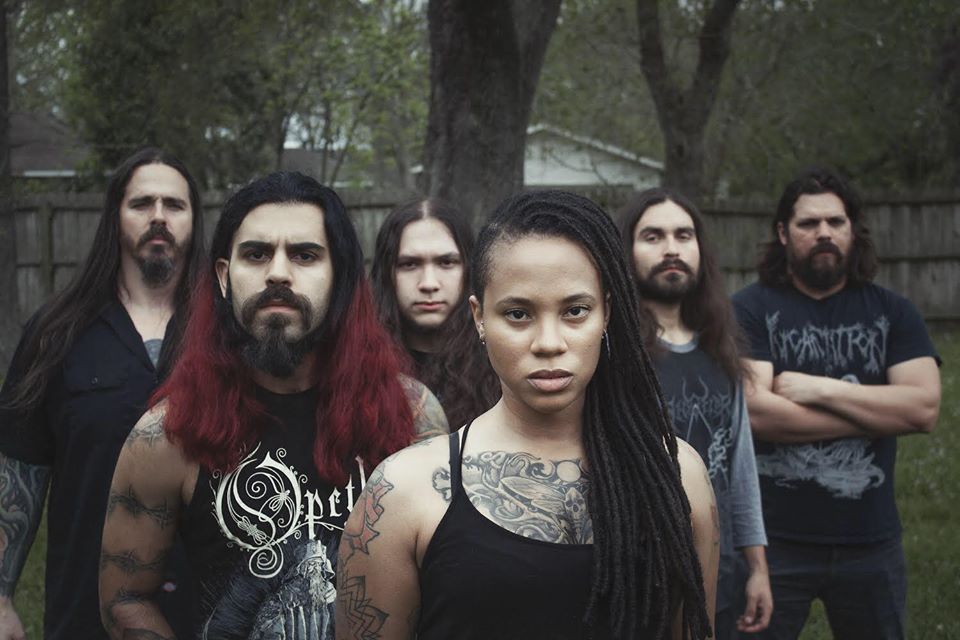 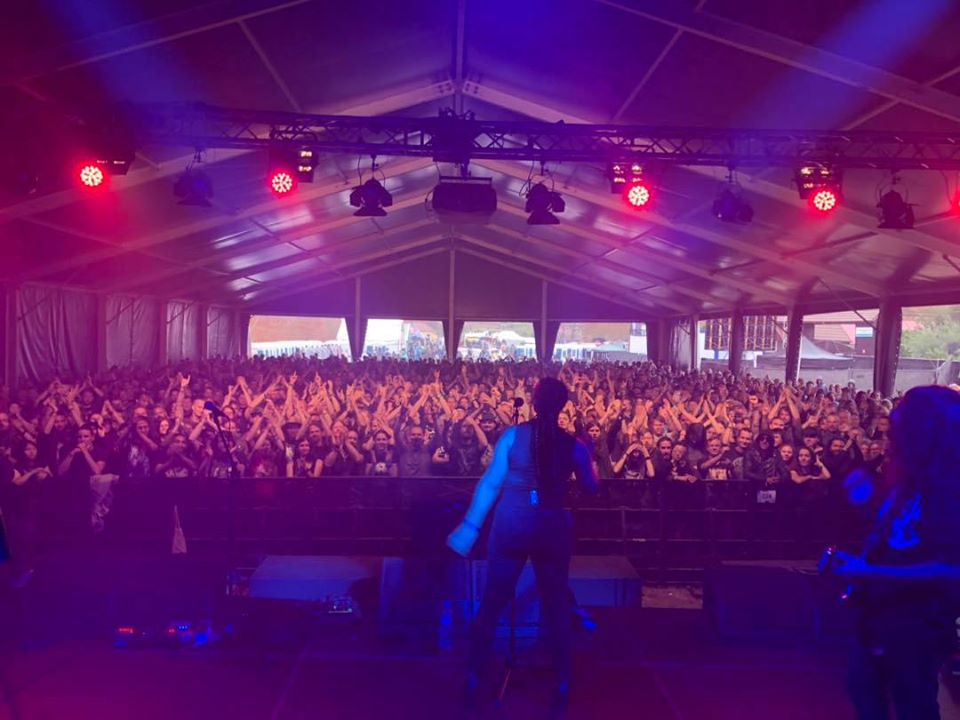 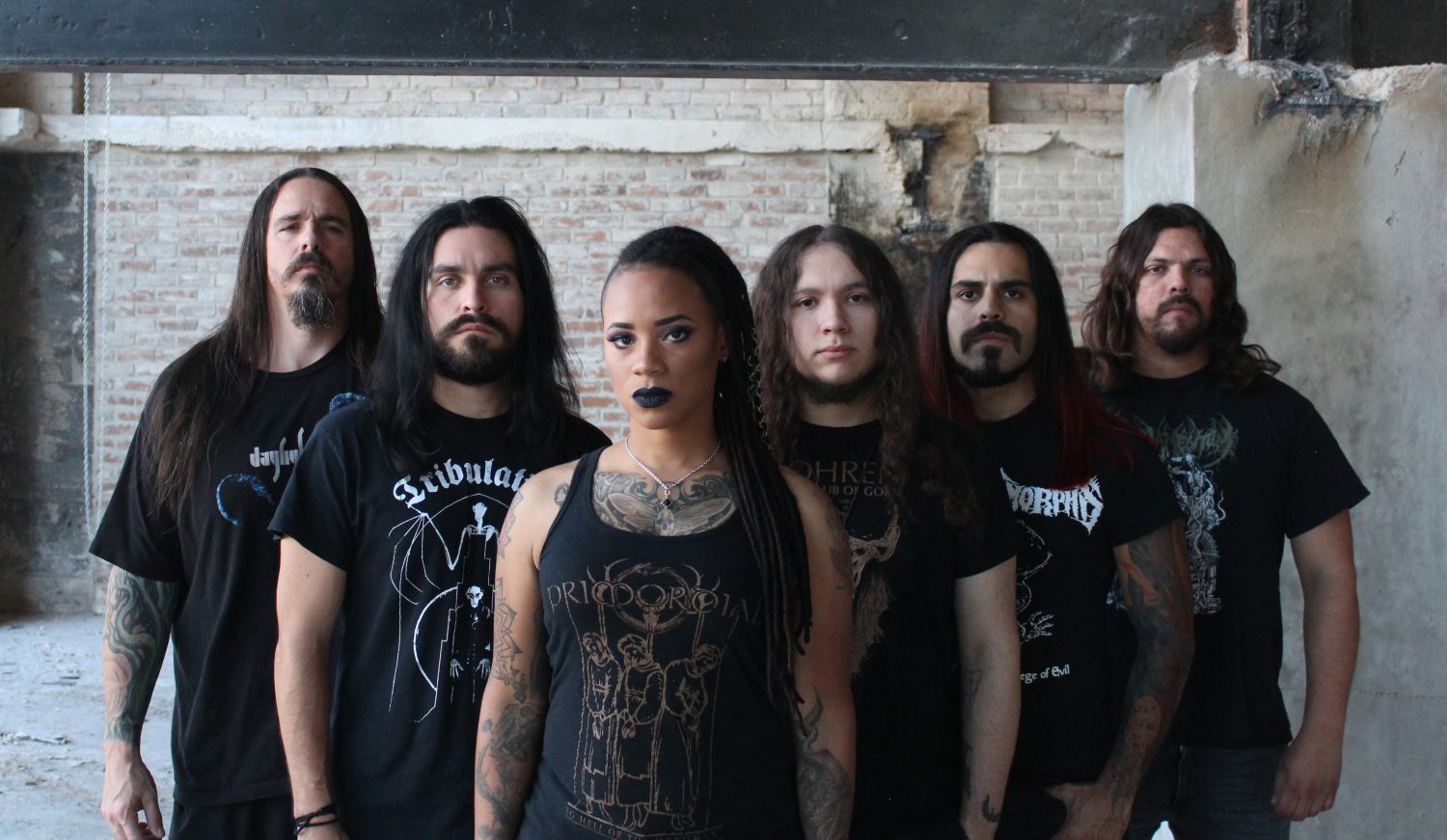 “The last few years have been turbulent. When you have this mixture of a few very emotional and creative people, it gets shaky sometimes. Internal and family struggles were trying to rot us from the inside out. This new album is a reflection of those personal feelings.”

It’s all here, on Oceans Of Slumber’s long-awaited third album. The sound of shattered dreams and epic nightmares, every sinew alive and vital but never flexing far from death’s shadow. The sound of a blossoming creative force rising from pain’s pitch-black fog to blaze and rage in hopeful, starlit skies. The sound of The Banished Heart: an extraordinary record born amid troubled times.

“It was decided around the spring of last year that we should start working on our new record as soon as we returned from the Enslaved tour November of 2016,” recalls the Texan band’s drummer, producer and songwriter-in-chief Dobber Beverly. “We landed in Houston on November 15th. I was right in the middle of a brutal and messy separation with my spouse of 18+ years, with whom I have a child, my pride and joy. Cammie [Gilbert, vocalist] lost her father to cancer about seven years ago and we both found a place of refuge with each other. We’d had the same experiences and we had the same outlook. I'm the musical director and she is fully the lyricist for Oceans Of Slumber now. We needed a new record, and so this album became a profound statement about our lives over the last two years. It became a telling of souls. It was Cammie reaching out to me, her finding me, and me toiling in absolute darkness searching for her.”

A darker, heavier and more elaborate work than Winter, the band’s critically-acclaimed 2015 album, The Banished Heart portrays Oceans Of Slumber as creative souls in the midst of a creative and emotional splurge, lost in the act of venting and purging through some of the deepest and darkest music the metal underground has conjured in years. Although still proudly channelling the melancholy spirit of the late ‘80s/early ‘90s UK death/doom scene, Oceans have evolved and expanded in myriad new directions, embracing a more grandiose aesthetic in tandem with an enhanced sense of emotional volatility and rawness. Epic by design and in execution, but acutely personal and intimate on a conceptual level, the songs on The Banished Heart showcase a refined musical vision from a band with nothing but honesty and honor in their souls.

“The album travels through concepts of neglect, death, absolute heartbreak, love and finding peace,” Dobber explains. “The Banished Heart represents the return. The return of life or love after a long exile, when everything seemed lost or hopeless. It all sparked from the birth of my daughter. I relearned what true and unconditional love felt like. The Banished Heart is about leaving the void and taking a long hard road to perdition.”

Recorded at Southwing Audio in Spring, TX, The Banished Heart was produced by Dobber himself and tracked and mixed by long-time associates Craig Douglas and Chris Kritikos, with vocal production by Mark Lopez and mastering by the legendary Alan Douches. Sonically huge and yet exquisitely detailed, it’s an album full of both bold brush strokes and tiny, meticulous touches. As diverse as it is cohesive, The Banished Heart reaffirms Oceans Of Slumber’s mastery of dark, skewed melody, always beautifully and soulfully expressed by Cammie Gilbert. An album of bewildering diversity, it flows seamlessly from flat-out extreme metal savagery to the most elegant and delicate of piano interludes, remorselessly progressive, stoically rooted in the slow-motion rush of doom metal and yet curiously accessible and blessed with countless moments of fragile grace. From the title track’s majestic towers of orchestral sorrow to the spellbinding but eviscerating melodrama of No Color, No Light (a devastating duet between Cammie and Evergrey’s Tom S. Englund), The Banished Heart salutes the ageless spirit of the album as a singular work of art: an immersive musical journey that demands commitment but that promises untold rewards.

“The two opening tracks [The Decay Of Disregard and Fleeting Vigilance] are about misplaced blame and angst, basic defence mechanisms for distraction or projection. At Dawn is about the death of that and the uselessness of it, about letting the waters rush over you and take you away. Etiolation and A Path To Broken Stars are about self-destructive behaviours and withering away due to lack of self-love and maintenance. Howl Of The Rougarou and Her In The Distance are observant love tales, one is a sinister sultry thing and the other is a heavy-hearted overseeing. No Color… is about being found and being loved wholly. The final song on the record, Wayfaring, was a way to tie the themes of the record into a different take on an old gospel song. Being that we aren't a religious band, there are different connotations to what ‘going home’ is. It could mean finding home. It could be laying in the earth. It could be finding peace and your place.”

Having weathered the most pernicious of personal storms, Oceans Of Slumber have regrouped and focused their energies on creative endeavours. The result is an album that deserves to propel the band to heavy music’s highest echelons: a work of art that tells us all we need to know about this band’s unique magic and immense power. Only those with a beating but bruised human heart need apply.

“We'd love to be heard by a wider audience and I know the audience for this kind of music exists all over the globe, but they're hard to reach sometimes,” Dobber concludes. “We're hoping to break on through and be able to bring this record to the stage, all over the world. Winter was really well received and The Banished Heart is a few levels up for us. We’re optimistic but also fearful. We stepped out of the comfort zone for this and went straight for a visceral and very honest approach. It was art imitating life and life being fucking difficult and painful. Artists making art is all we're trying to be.” 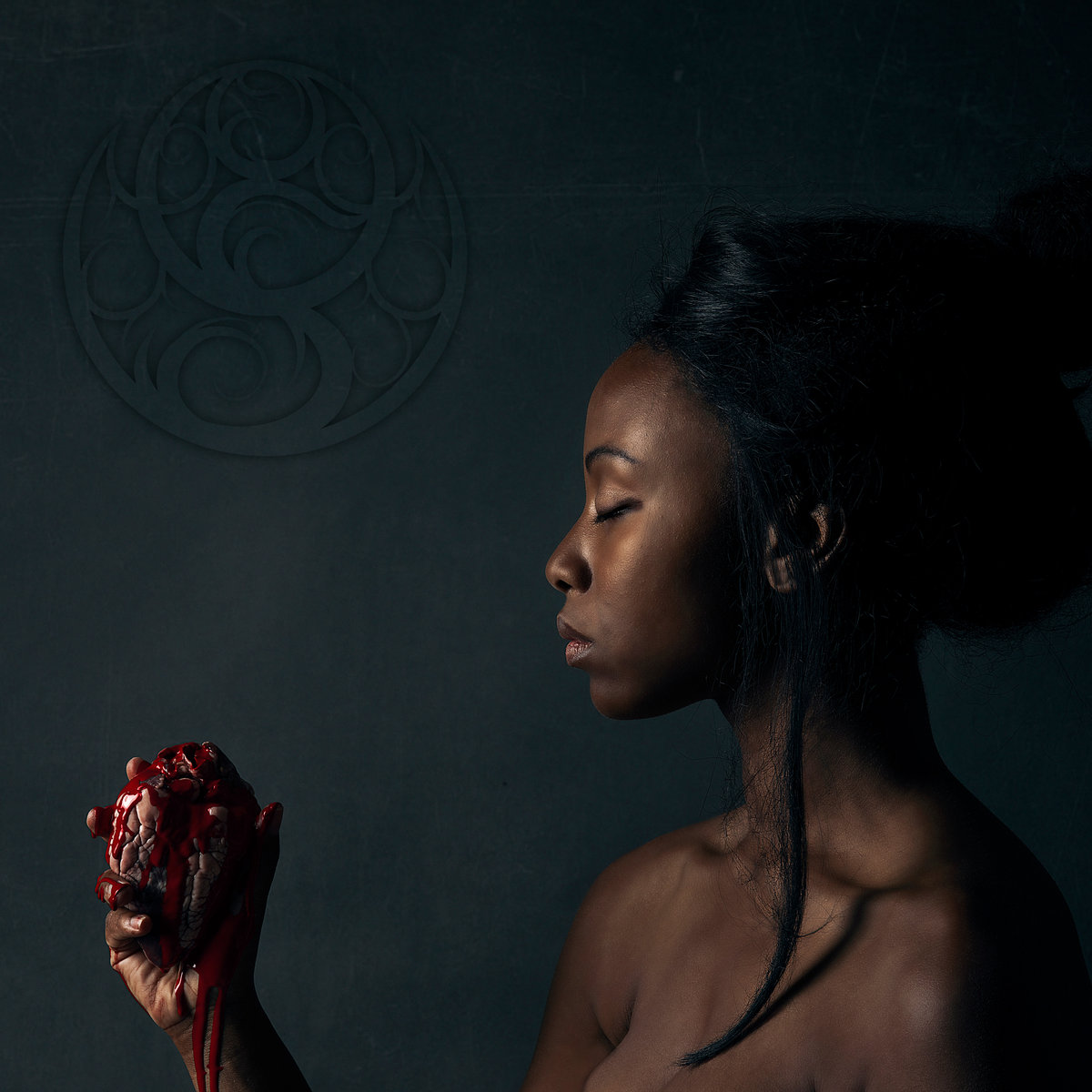 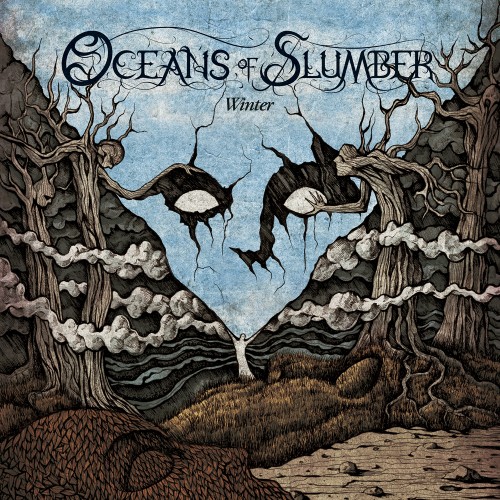 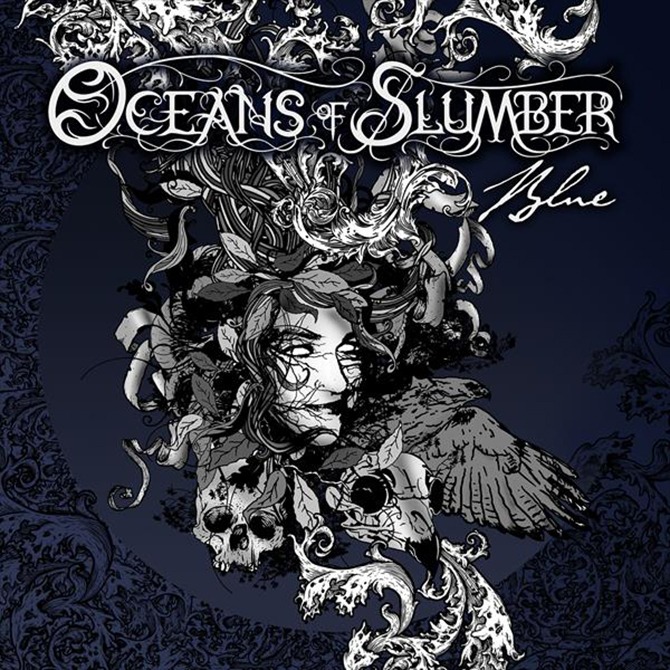 OCEANS OF SLUMBER - The Decay Of Disregard (OFFICIAL VIDEO)

Century Media Records
We use cookies on our website to give you the most relevant experience by remembering your preferences and repeat visits. By clicking “Accept”, you consent to the use of ALL the cookies.
Cookie settingsACCEPT
Manage consent