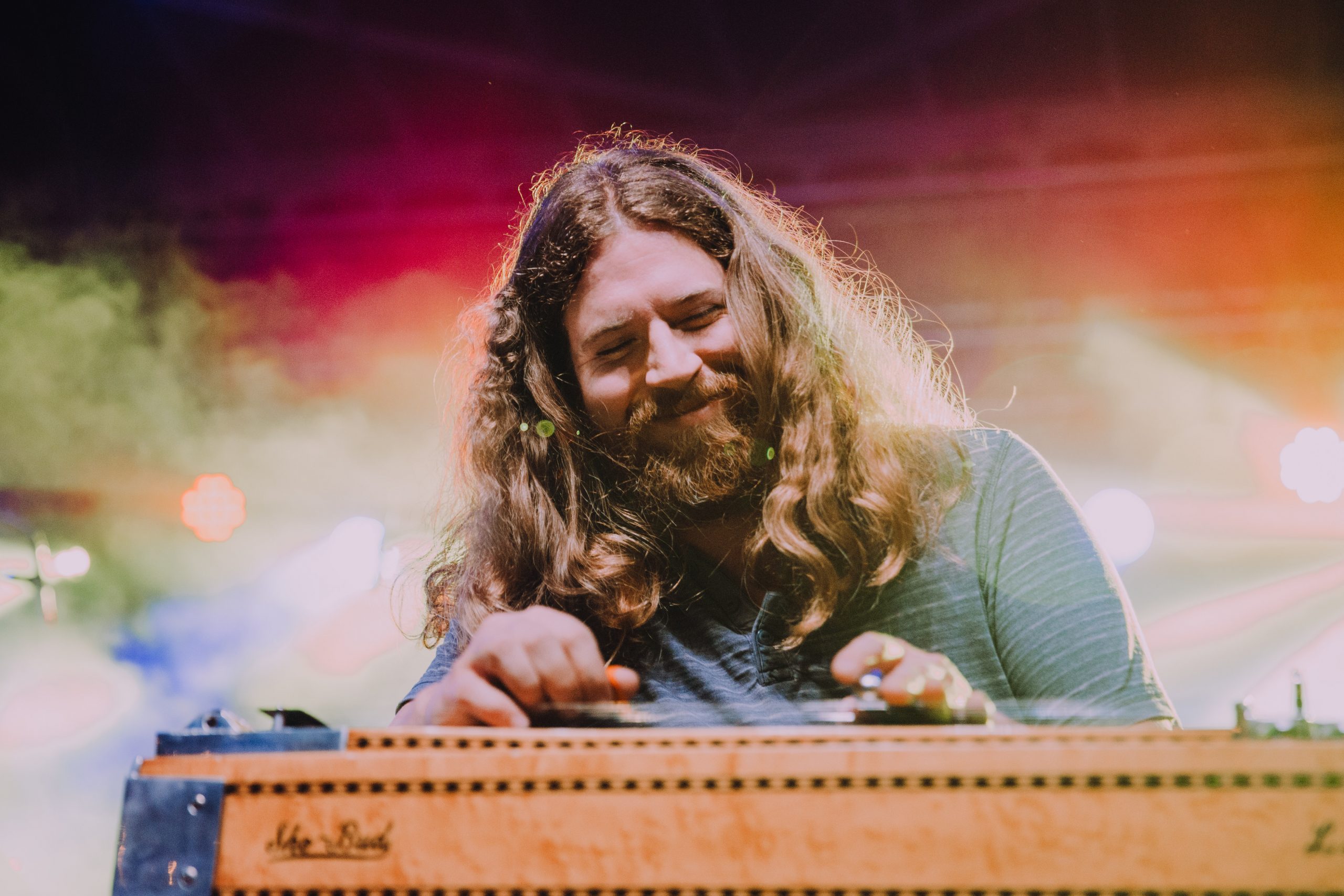 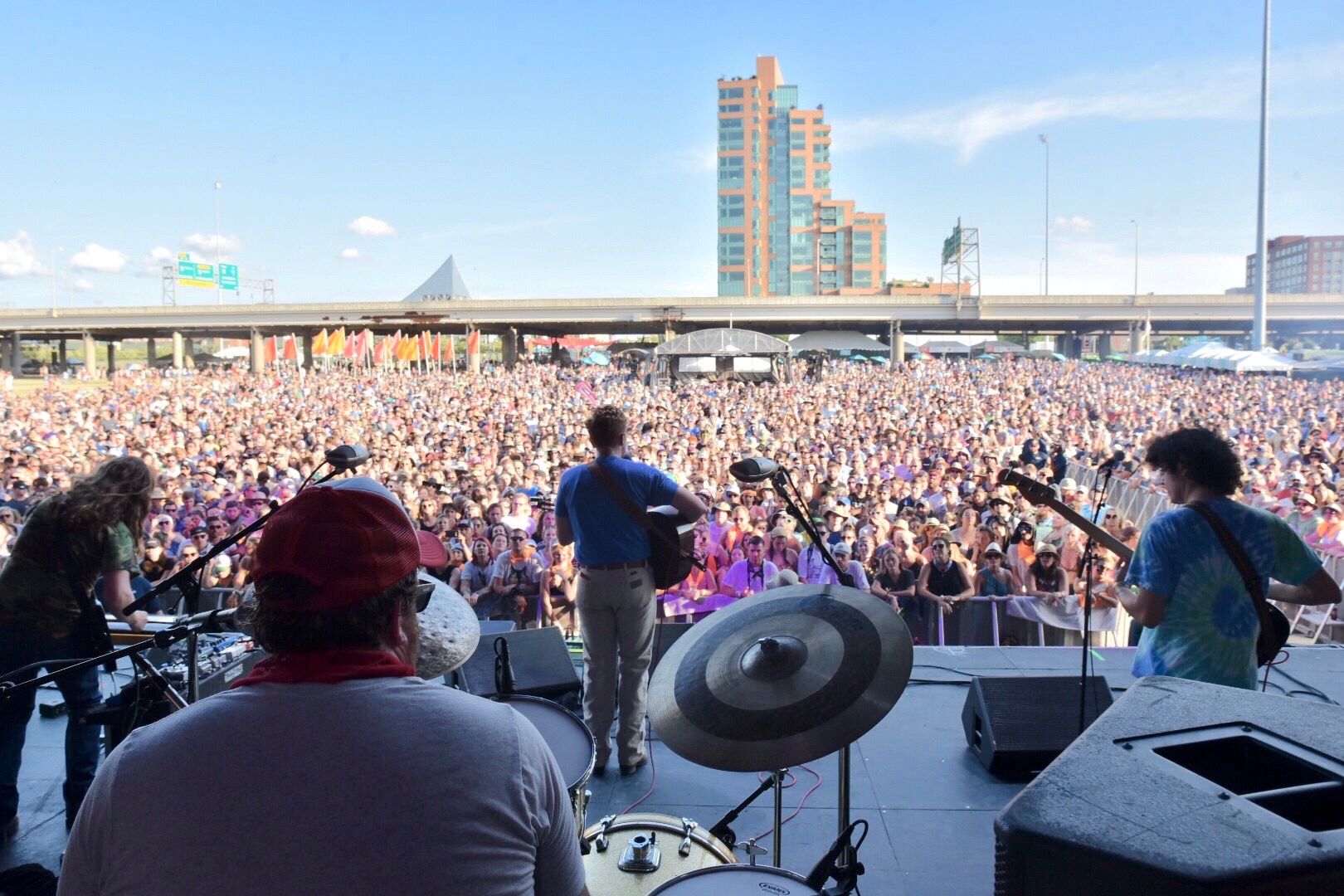 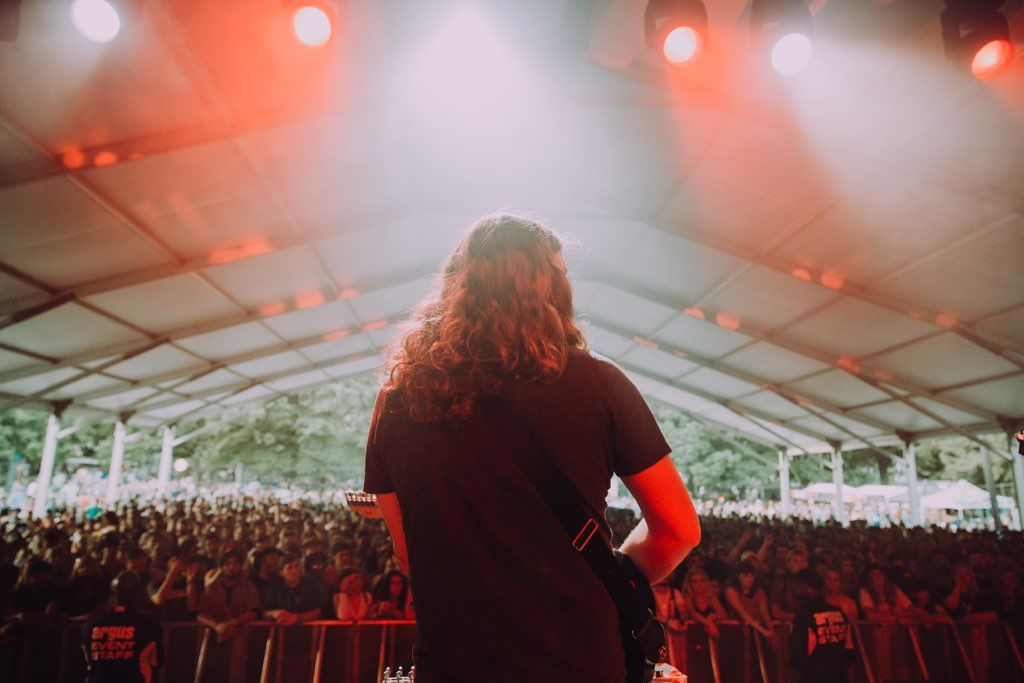 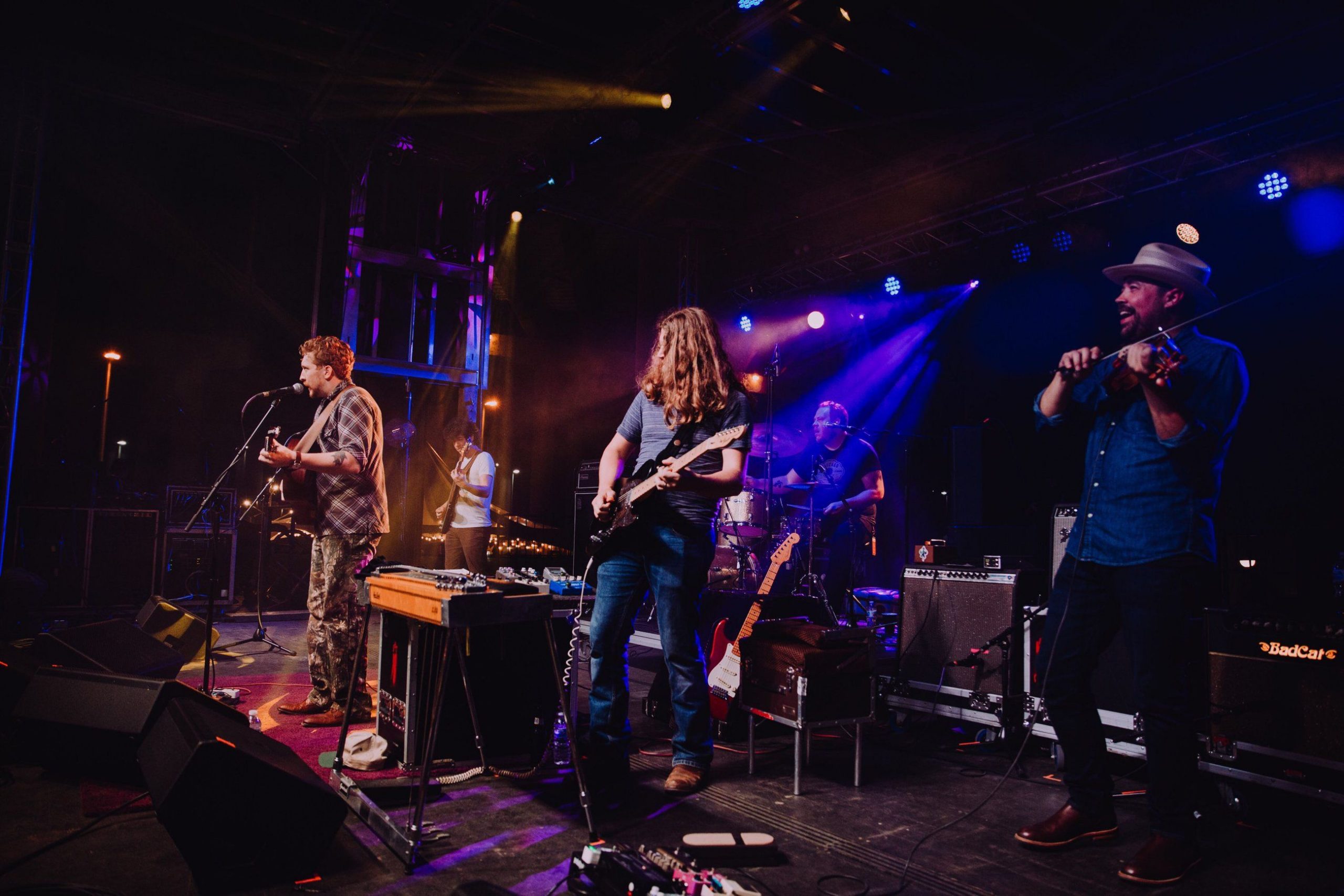 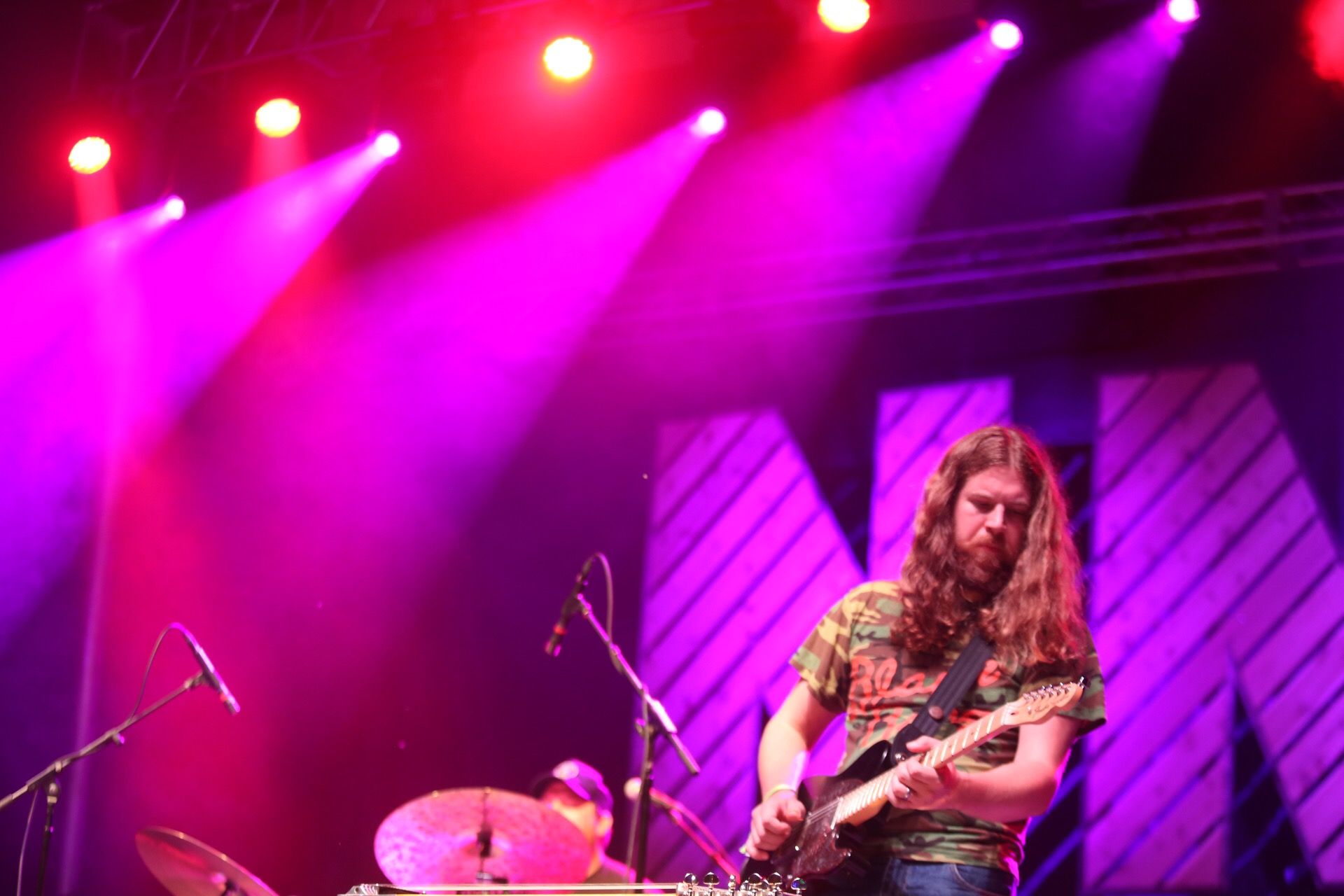 Raising high the Kentucky blue-flamed musical torch carried by Chris Stapleton and Sturgill Simpson, the next generation of Eastern Kentucky country boys rocking the country’s charts and stages has been the RCA Records signed Tyler Childers.
Providing a unique distorted palette of pedal steel sounds and blazing electric guitar fuel to Childers’ “Honky Tonk Flame” has been Ashland, Ky., born and Huntington, W.Va., raised guitarist James Barker.
An audio engineer with a 2007 degree from the prestigious Full Sail University in Florida, Barker has been tattooing his searing cosmic country sounds into the ether on stages with Childers for the past seven years.
With Childers, Barker has chalked up 150 dates a year including The Grand Ole Opry, the Ryman Auditorium, The Tonight Show, a stack of the world’s greatest music festivals from Bonnaroo, Lollapalooza,  Stagecoach, Nelsonville Music Fest, and European tours.
Before teaming up with Childers, Barker spent 10 years perfecting his Band meets Cream meets Black Crowes sound with fellow Childers’ bandmates, Craig Burletic on bass and Rod Elkins on drums in their original rock unit, Deadbeats and Barkers which toured regionally in the Mid-Atlantic and South.
Now at the a place that doesn't require constant touring Barker has had time to get back to engineering in his room, Dragline studio, when time allows.

Tyler Childers
We use cookies on our website to give you the most relevant experience by remembering your preferences and repeat visits. By clicking “Accept”, you consent to the use of ALL the cookies.
Cookie settingsACCEPT
Manage consent