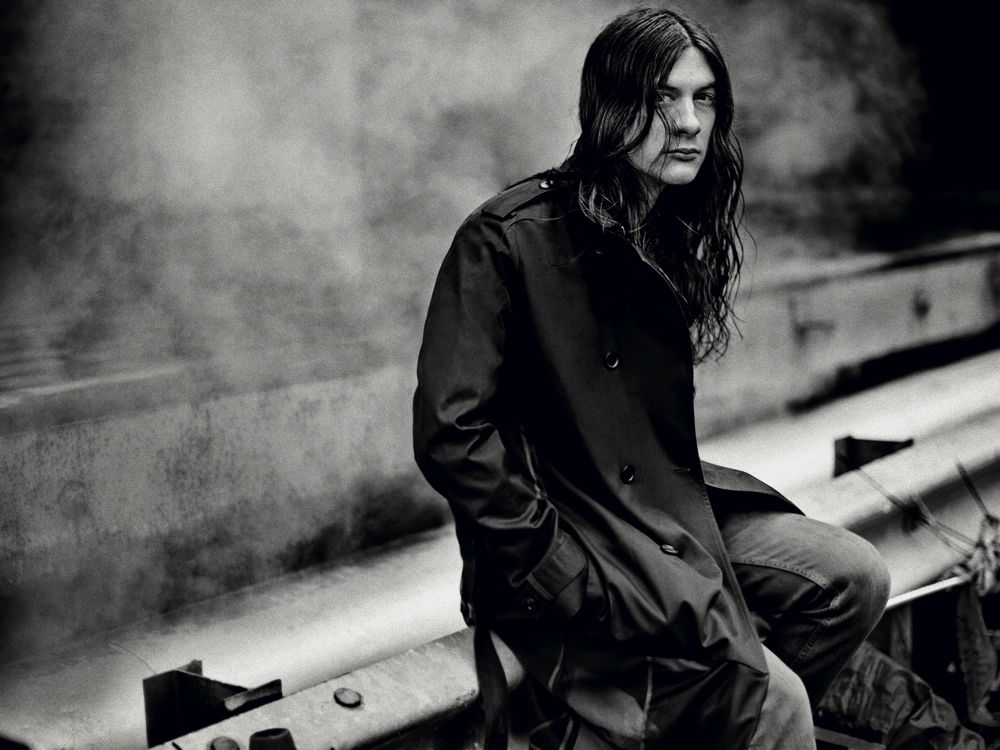 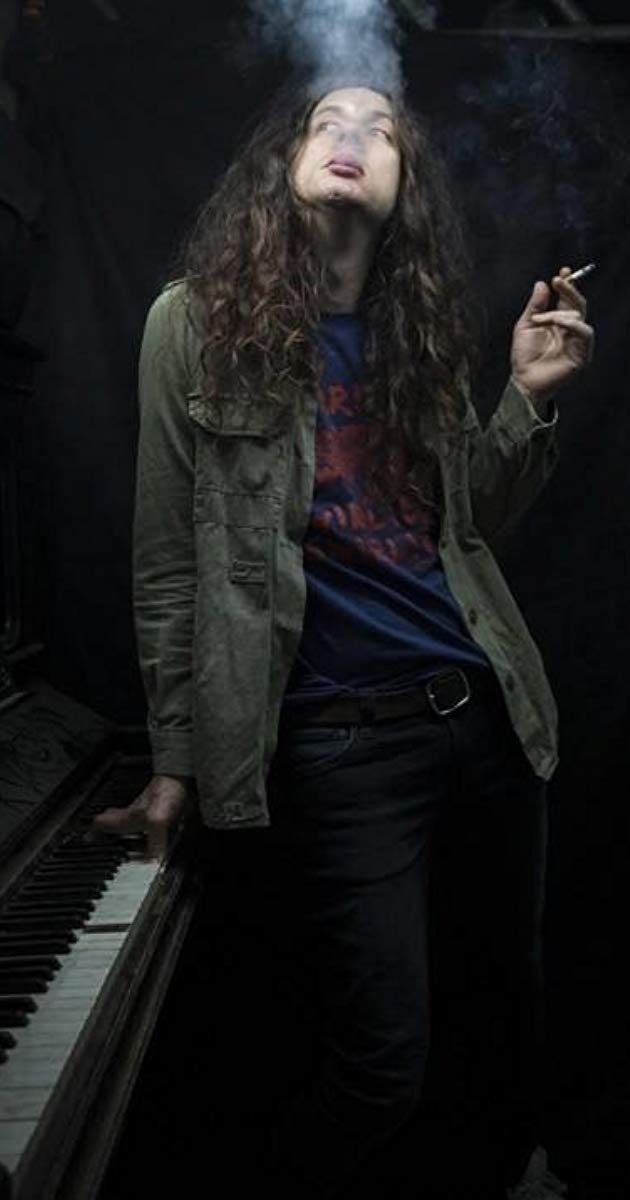 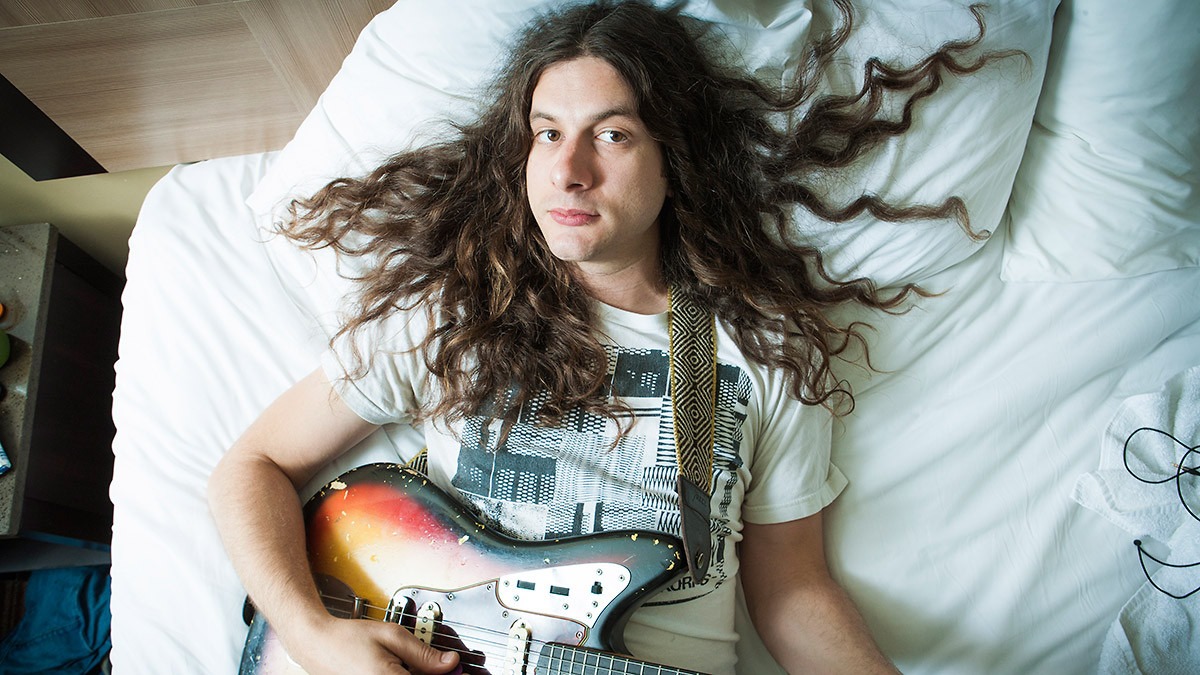 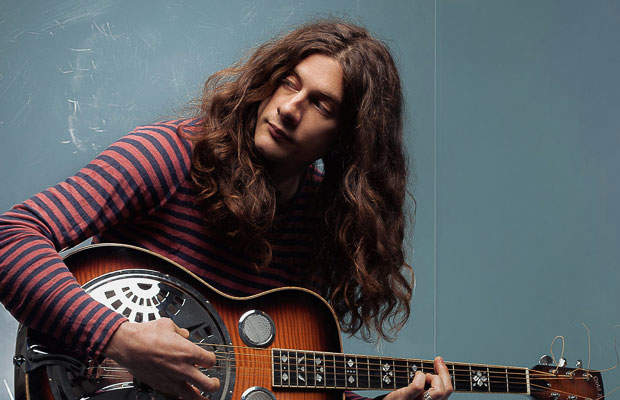 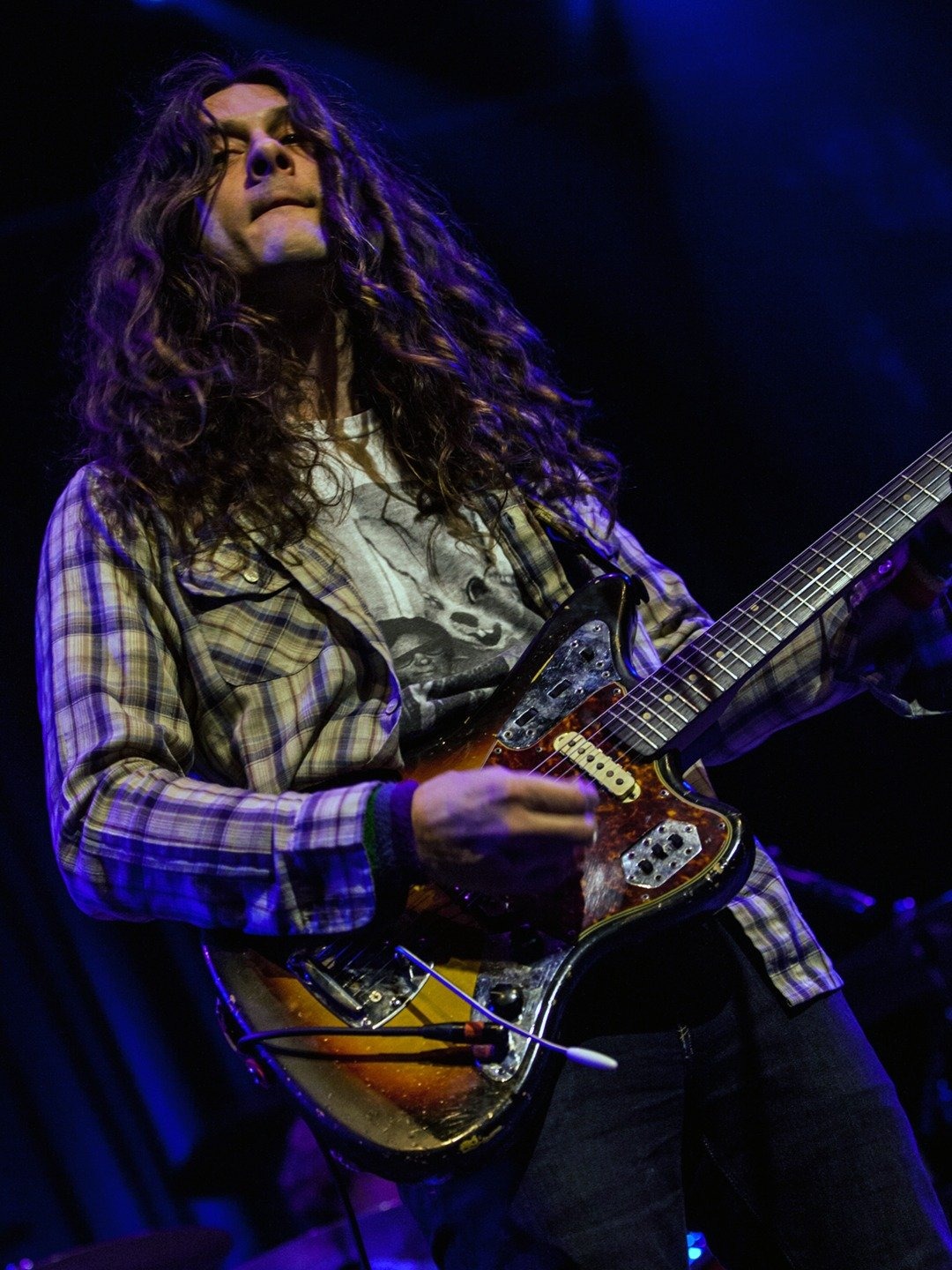 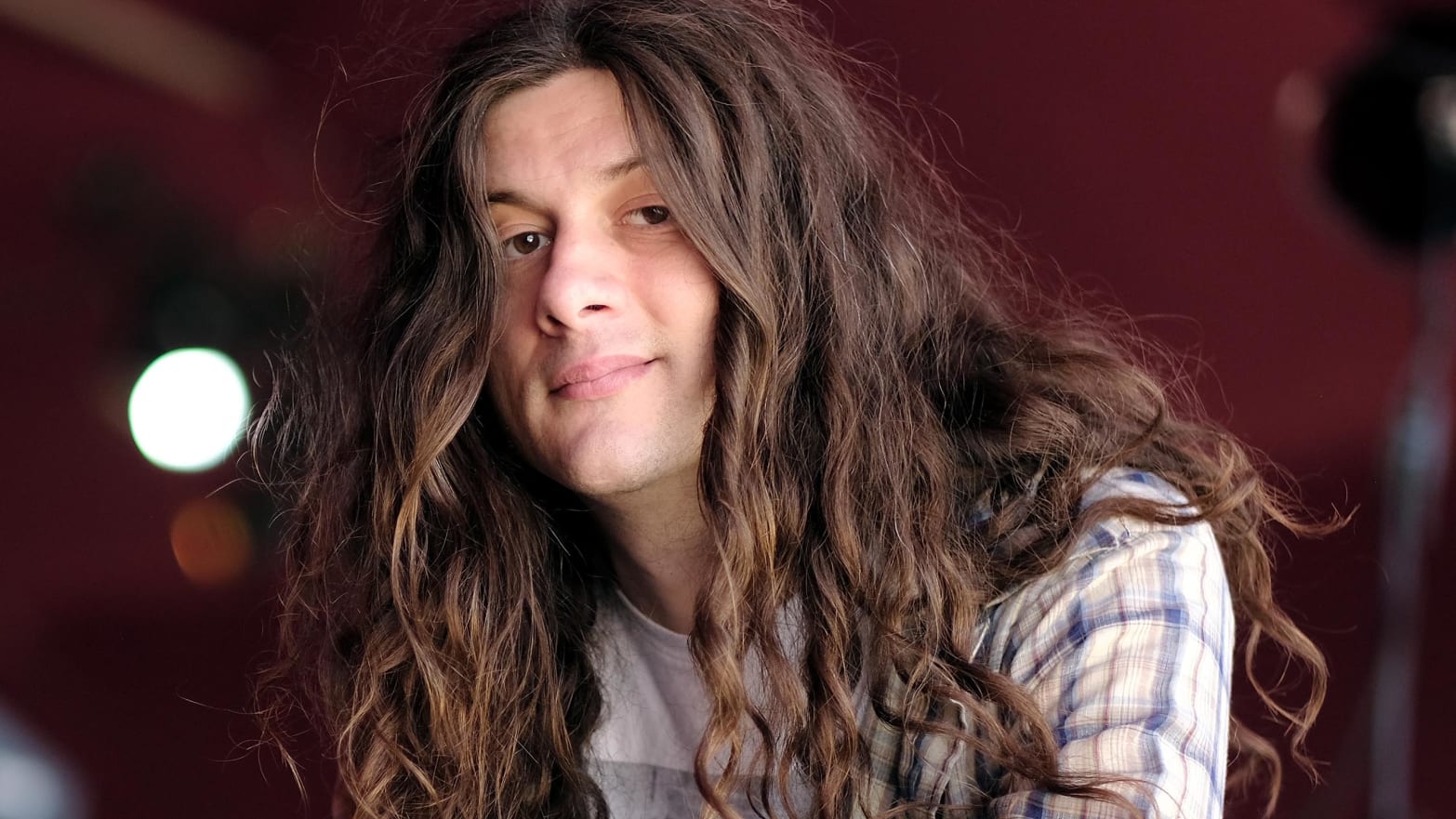 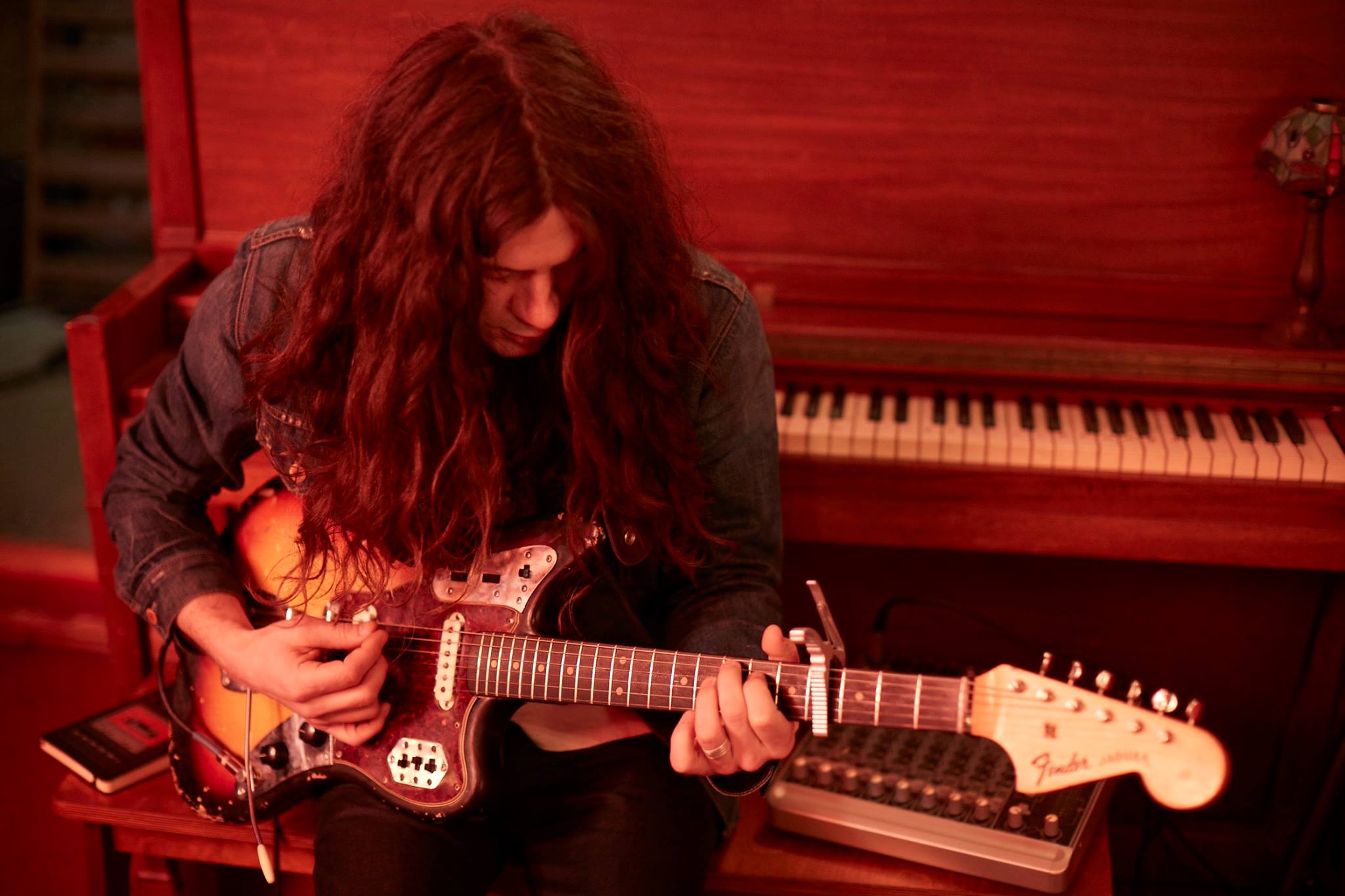 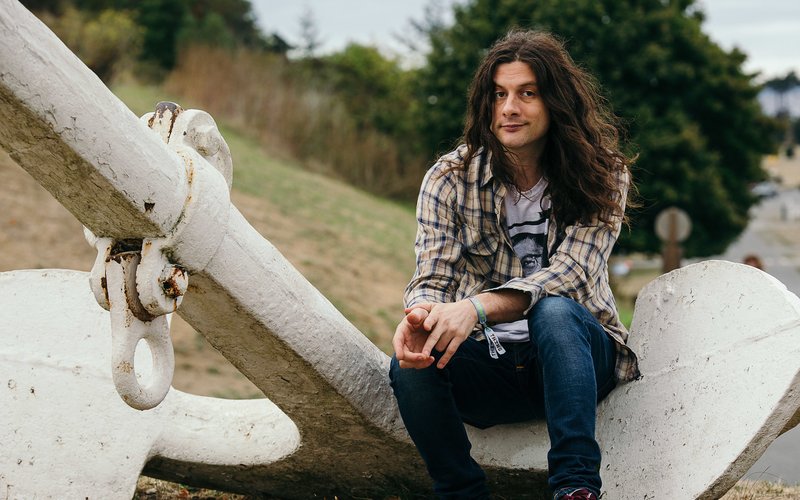 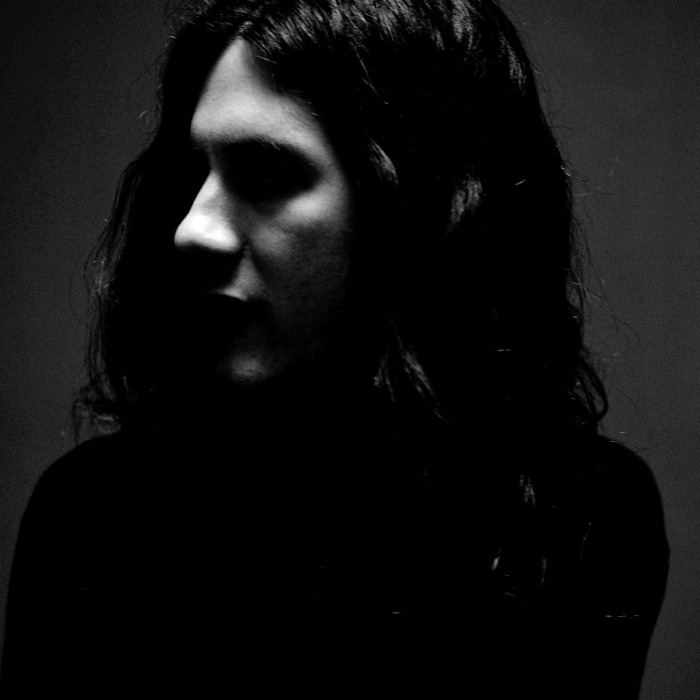 Former WAR ON DRUGS guitarist/multi-instrumentalist KURT VILE had been knocking on the door to success for many a year until his eventual global breakthrough came in 2013. A handful of split singles, a few collaborations and celebrated indie albums, the necessary ingredients for an interesting CV, singer-songwriter Kurt (born 1980 in Philadelphia, Pennsylvania) is predicted for even bigger and better things in the future.

As a kid way back in the early 90s, and having been given a banjo (rather than a guitar) by his father, Kurt learned his trade through perseverance and not necessity. An acolyte of the Drag City roster of acts (namely, SMOG, PAVEMENT and WILL OLDHAM), he stuck with songwriting as he grafted at his day-job as a forklift driver. A shy man unwilling to conform to outside pressures of making it in the business, he and his equally-talented best buddy, Adam Granduciel (vocals/guitar), founded the quintessentially Americana indie-rock band, The WAR ON DRUGS; but this was unequivocally leader Adam’s outfit, as their inaugural debut set, “Wagonwheel Blues” (2008) indicated.

Brewing up a solo debut from his years (2003-2007) supporting the WoD, KURT VILE’s self-produced “homespun” set was finally unleashed by Gulcher Records as CONSTANT HITMAKER (2008) {*7}. A part fingerpicking, acoustic/part lo-fi croon of sorts that encompassed everything from DYLAN (as in the inspirational “Street-Legal”-esque cover art) and his name-checked heroes such as SEGER, PETTY and SPRINGSTEEN, Kurt was at ease on `Freeway’, `Space Forklift’ and `Classic Rock In Spring’.

Intended initially to be released in limited copies, GOD IS SAYING TO YOU (2009) {*7} was basically home recordings from the same period plus some new tracks. Granduciel was again on hand to help out on the odd track, while its Kurt’s textural banjo-like acoustic strums that enlighten up his amiable mumbles; `Beach On The Moon’, `Red Apples’, and `Song For John In D’ are the stand out pieces.

Matador Records came calling (as close to Drag City as one could achieve), and with Adam, Jeff Zeigler and his good self at the controls, CHILDISH PRODIGY (2009) {*7}, received many plaudits in and outside the biz. Together with his backers, The Violators, the reverb and fuzz afforded on several of the tracks (including `Freak Train’ and `Hunchback’) recalled the days of SUICIDE at the CBGB’s, LOU REED and his NY gang. A rambling JOHN FAHEY-styled pluck gels the folk-blues part of the action here on VILE-sung dirges like `Overnite Religion’ and `Blackberry Song’.

2011’s multi-end-of-year-poll-placed SMOKE RING FOR MY HALO {*8} saw the tender 30-something, chain-smoking, star-incarnate come of age, while sales climbed beyond initial expectations. Encapsulating the folky sounds of Appalachia and the cool nights of the streets as he weaved in his own gospel, people and religion are at the centre of the lucid `Puppet To The Man’, `Jesus Fever’ and `Society Is My Friend’; the accompanying EP, `So Outta Reach’, also highlighted his take of SPRINGSTEEN’s `Downbound Train’.

Slacker VILE’s breakthrough Top 50 album, WAKIN ON A PRETTY DAZE (2013) {*8}, was played out in a similar LOU REED-meets-NEIL YOUNG fashion; lengthy tracks with fuzz guitar and attitude shared on 20 minutes of bookend epics, `Wakin On A Pretty Day’ (the title track of sorts) and `Goldtone’. The solemn and ethereal `Too Hard’, the BONNIE “PRINCE” BILLY-like `Shame Chamber’ and the loopy `Was All Talk’, explore new ground for Kurt in many ways, although the man takes a glorious 4/4 route on his best song ever, `Pure Pain’.

While there was nothing as staccato-like spontaneous on Kurt’s 2015 follow-up, B’LIEVE I’M GOIN DOWN… {*8}, it was indeed testament to the ramblin’ rumblings of the finger-pickin, story-tellin star. `Pretty Pimpin’, `Dust Bunnies’ and the sadcore `That’s Life, Tho (Almost Hate To Say)’ appealed without much spread or sprawl, as this “HANDSOME FAMILY of one” cut back on longevity and diversion. Top 40 on both sides of the Atlantic (and further afield), the soothing simplicity of songs such as `Lost My Head There’ (played on barroom style piano), `Life Like This’ and the banjo-bashing `I’m An Outlaw’, reached out to dreamers of nostalgic days when stars GENE CLARK and STEPHEN STILLS were at their peak.

Following on from a limited-edition/vinyl-only/mini-set/EP shared with NYC-based guitarist Steve Gunn, entitled `Parallelogram’ (2015), VILE collaborated with another choice singer-songwriter, Australian COURTNEY BARNETT (she of “Sometimes I Sit And Think…” fame) on LOTTA SEA LICE (2017) {*7}. An indie post-grunge/indie-country get-together that evoked images of J MASCIS and CAT POWER, or quite possibly LOU REED and KIMYA DAWSON, the record sold reasonably well in Britain due to the interplay within `Over Everything’, `Continental Breakfast’ and a couple of covers from TANYA DONELLY (`Untogether’) and the relatively unknown JEN CLOHER (`Fear Is Like A Forest’).
So very much on par with his aforementioned professional partner, Courtney, KURT VILE took three years to produce his next solo album, BOTTLE IT IN (2018) {*9}. A double set that took time to ferment in the mind of several critics impatient with the longer tracks on board (`Backasswards’, `Skinny Mini’ and the title track were each around the 10 minute mark), dicey reviews possibly left the album struggling to reach a Top 75 place. The reaction was decidedly different in Britain where it cracked the Top 30; the rambling, road-trip retrospective aspect of `Loading Zones’, `Hysteria’ and `One Trick Ponies’, truly lingering and observant from the part of a sight-seeing drifter freighthopping. Augmented by Cass McCombs on harmonies and Mary Lattimore on harp over the course of the record, one could point to Kurt’s idols: the MEAT PUPPETS-ish `Yeah Bones’, `Check Baby’ (The ROLLING STONES incarnate) and `Rollin With The Flow’ (an FM-friendly AMERICA); the disjointed `Mutinies’ and the Appalachian old-timey travelogue of `Come Again’, also gave this set its widescreen Americana appeal. 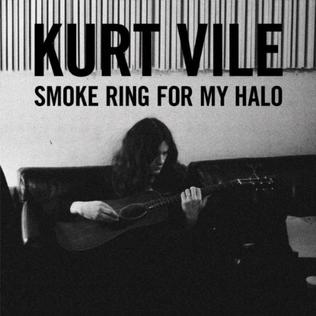 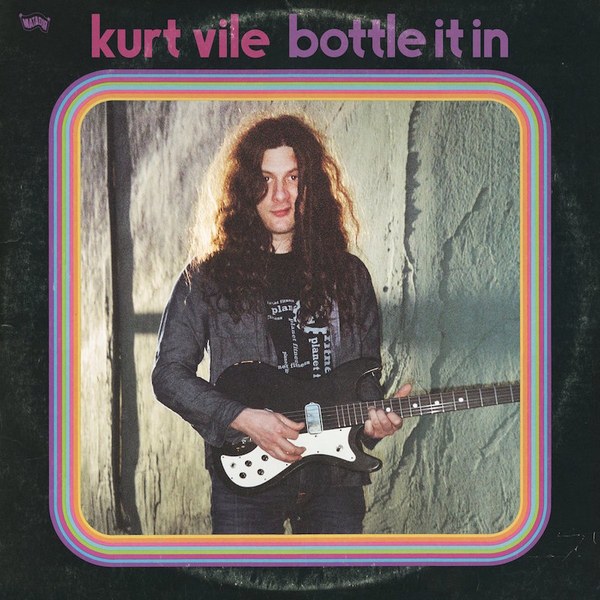 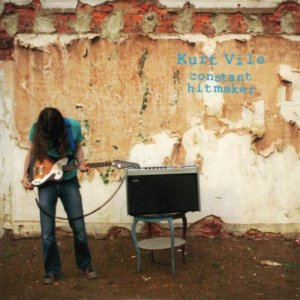 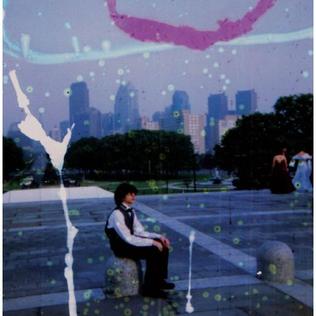 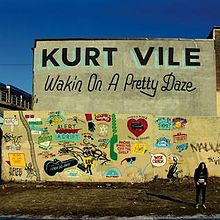 KurtVileVEVO
We use cookies on our website to give you the most relevant experience by remembering your preferences and repeat visits. By clicking “Accept”, you consent to the use of ALL the cookies.
Cookie settingsACCEPT
Manage consent