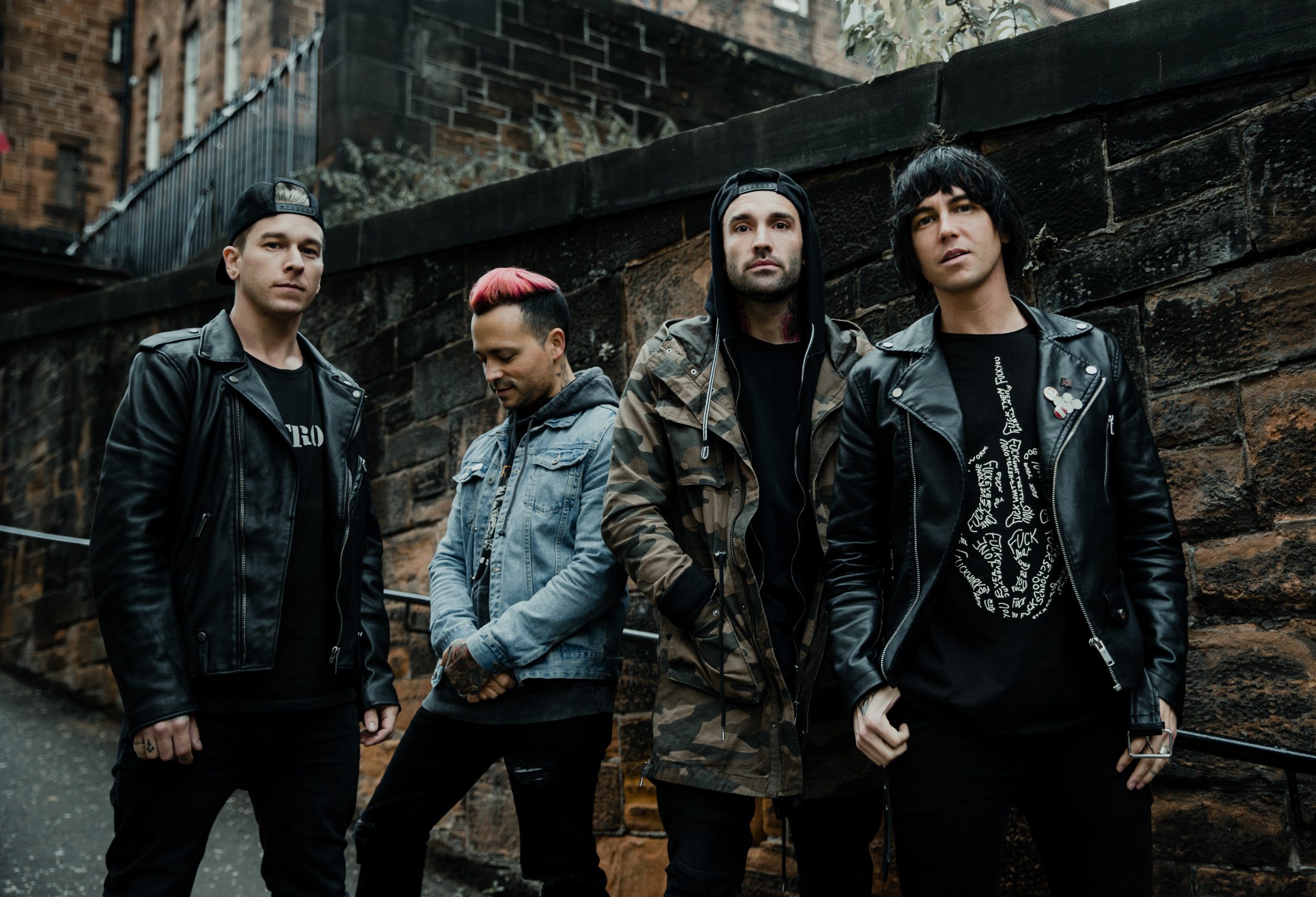 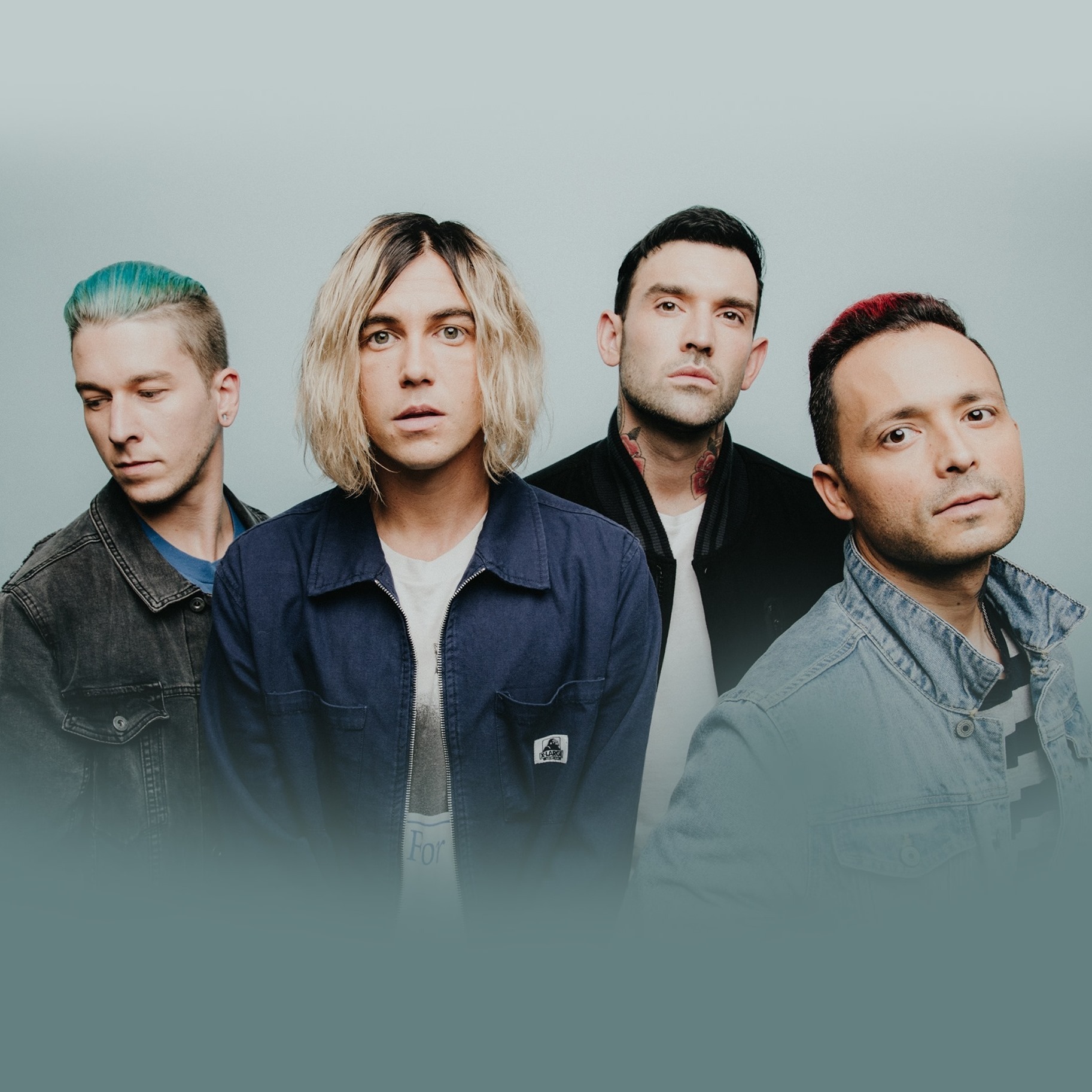 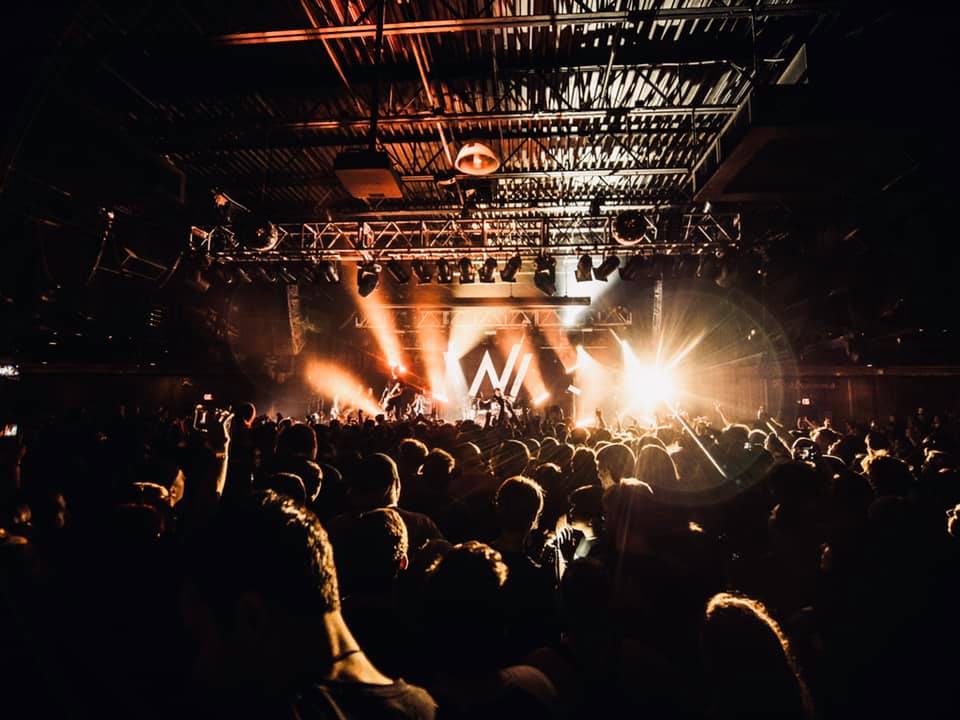 It starts at ground zero. By wiping the slate clean and turning the page to the next chapter, Sleeping With Sirens re-center, recalibrate, and realign on their fifth full-length and first album for Sumerian Records, How It Feels to Be Lost. The gold-certified quintet—Kellin Quinn [vocals, keyboards], Jack Fowler [lead guitar], Nick Martin [rhythm guitar], Justin Hills [bass], and Gabe Barham [drums]—amplify the impact of their unpredictable fretwork, velvet vocal acrobatics, and hypnotically heavy alternative transmissions without compromise.

In essence, the band strips itself to the core and uncovers what it sought all along…

“We needed to get back into a room and not care about the outcome,” exclaims Kellin. “We needed to sit down and write something from our hearts we really love and believe in without regard for opinion. That’s what we did. We didn’t care about the result. We wrote one song, liked it, and moved on. Everything finally fell into place.”

The time turned out to be right for them to do so.

Since emerging in 2010, Sleeping With Sirens have tested the boundaries of rock by walking a tightrope between pop, punk, metal, hardcore, electronic, acoustic, and even a little R&B. This high-wire balancing act attracted a faithful fan base known as “Strays,” generated global album sales in excess of 1.5 million, ignited over half-a-billion streams, and achieved a trio of gold-selling singles: “If I’m James Dean, You’re Audrey Hepburn,” “If You Can’t Hang,” and “Scene Two-Roger Rabbit.” They launched two albums—Feel and Madness—into the Top 15 of the Billboard Top 200. Additionally, they collaborated with MGK on “Alone” and Pierce the Veil on the gold-certified “King For A Day.” Beyond selling out shows worldwide and receiving acclaim from The New York Times, Alternative Press crowned them “Artist of the Year” at the Alternative Press Music Awards, proclaimed “Kick Me” the 2015 “Song of the Year”, and featured them as cover stars a whopping seven times.

However, everything came to a head during 2017. In the midst of the tour cycle for Gossip, Kellin found himself at rock bottom under a haze of depression and alcoholism.

Reaching a fork in the road, the future of the band hung in the balance.

“I let everything go,” he admits. “I wasn’t being the leader I had always been. For the last few years, I was struggling with alcoholism, depression, and anxiety. I didn’t know how to turn it around or what to do. Being on the road and touring as much as we did for Gossip was really hard on me. I didn’t know if I even had it in me to write another record or get on stage and perform. Something just happened one day. I woke up, called Jack, and said, ‘Hey, I want to stop drinking. I want to go into a room and write the best record we’ve ever written’. Both of those things happened within a week.”

With Kellin free from alcohol as of December 2018, he and Jack holed up at MDDN studio in Los Angeles and got to work. This time around, they welcomed longtime friends Zakk Cervini [blink-182] and Matt Good [Asking Alexandria] behind the board as producers. Jack cooked up “dark music” that immediately resonated with the frontman.

The whole process “felt organic,” as he recalls. “The music reflected exactly where I was at.”

As a result, the first single and opener “Leave It All Behind” exudes an undeniable sense of urgency. A buoyant riff seesaws between electronic echoes before converging on a vocal crescendo topped off by a hard-hitting scream and distorted crash.

“Sometimes, you get those thoughts,” he sighs. “You wonder, ‘What would happen if I wasn’t here?’ I put it into perspective. There are people who listen to my band. There’s my family who rely on, love, and me. I realize it’s important to stick around, because we can figure it out together. This is also a reminder for the youth to keep fighting.”

The follow-up “Agree to Disagree” tempers a snaky bass line and a rush of vocals with a bold falsetto-punctuated declaration, “I like the nighttime, better.”

“We can sit around and argue all day long, but it doesn’t matter who’s right or wrong,” he continues. “We need to realize if we can’t agree, let’s find a way to coexist. We have to be open to understanding others, even if we’re aren’t one-hundred percent on the same page.”

Elsewhere, the equally anthemic and addictive “Medicine” confronts Kellin’s demons head on as it details “being up late at night drinking.” The finale “Dying To Believe” extracts comfort from darkness beneath cover of strings and guitars with a “thank you” for the fans and reminder “to see the best in yourselves.”

In many ways, the title, How It Feels To Be Lost, hints at actualization as much as it does potential.

“It felt like we finally found what we were looking for with this record,” Kellin smiles. “The lyrics, the emotion, the musicianship, and the production are all there. It’s the best we could do. It’s going to be exciting to get on stage and perform these songs. We finally found ourselves.”

In finding themselves, Sleeping With Sirens emerge with their most dynamic and definitive body of work to date.

“Certain records have saved our lives,” Kellin leaves off. “They became staples that I put on. They got me through hard times in my life if I needed to scream or sing my heart out or just feel thrashing guitars and loud music. This album brings all of those sides together. I want this to be our anthem for new fans. To the diehards, we want this to do justice for you. It’s what you’ve been waiting for.” 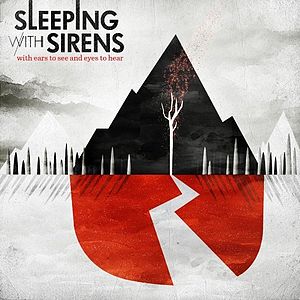 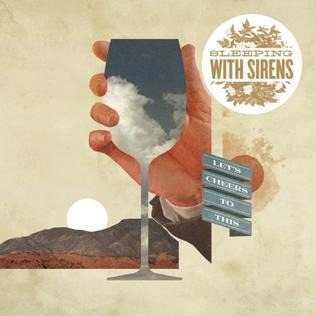 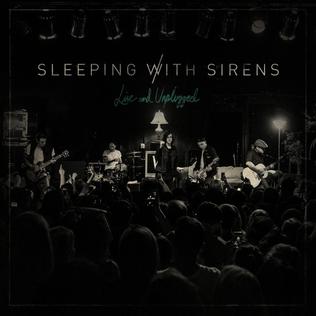 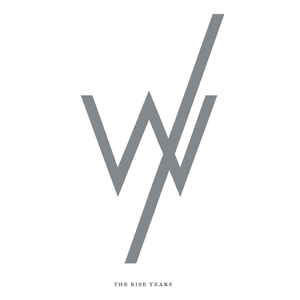 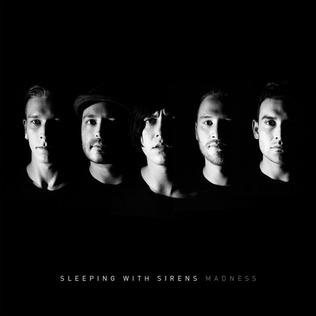 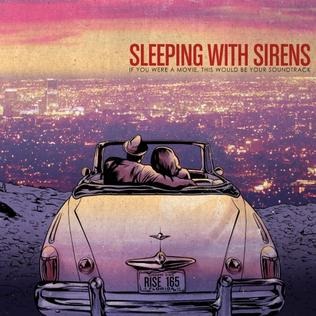 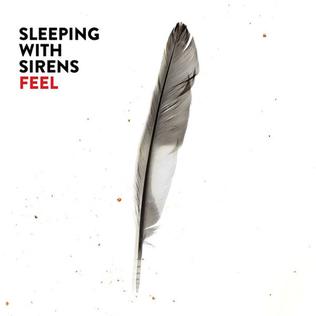 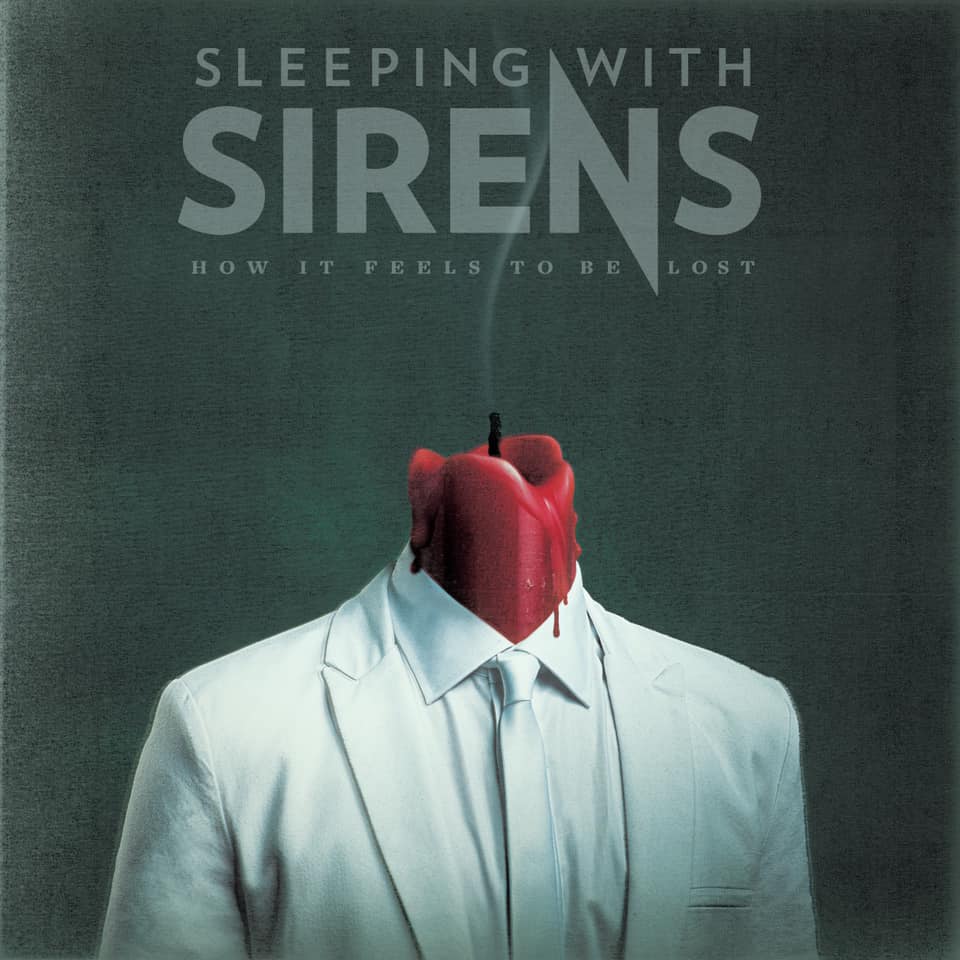 SLEEPING WITH SIRENS - Leave It All Behind (Official Music Video)

Sleeping With Sirens - If You Can't Hang (Official Music Video)

riserecords
We use cookies on our website to give you the most relevant experience by remembering your preferences and repeat visits. By clicking “Accept”, you consent to the use of ALL the cookies.
Cookie settingsACCEPT
Manage consent