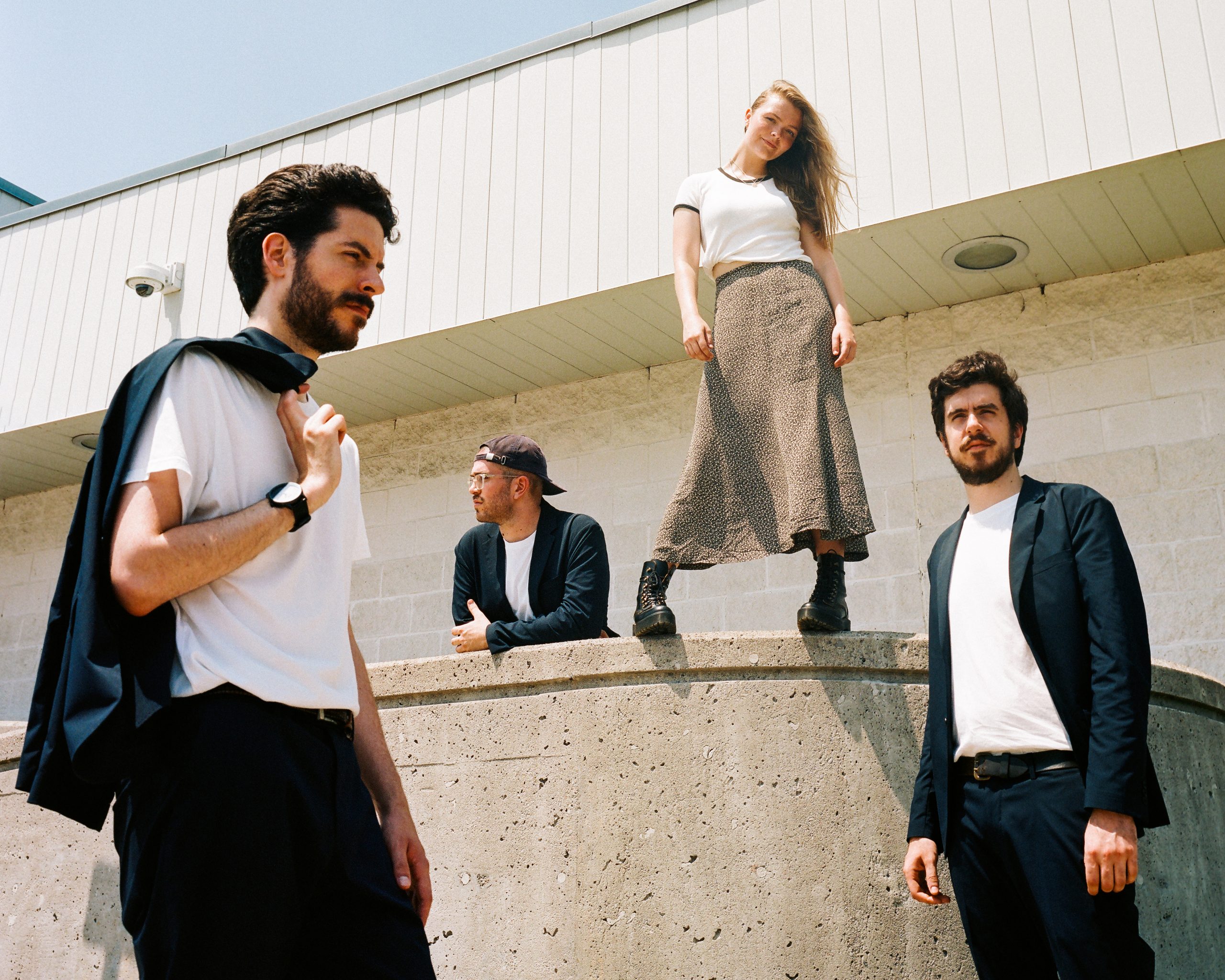 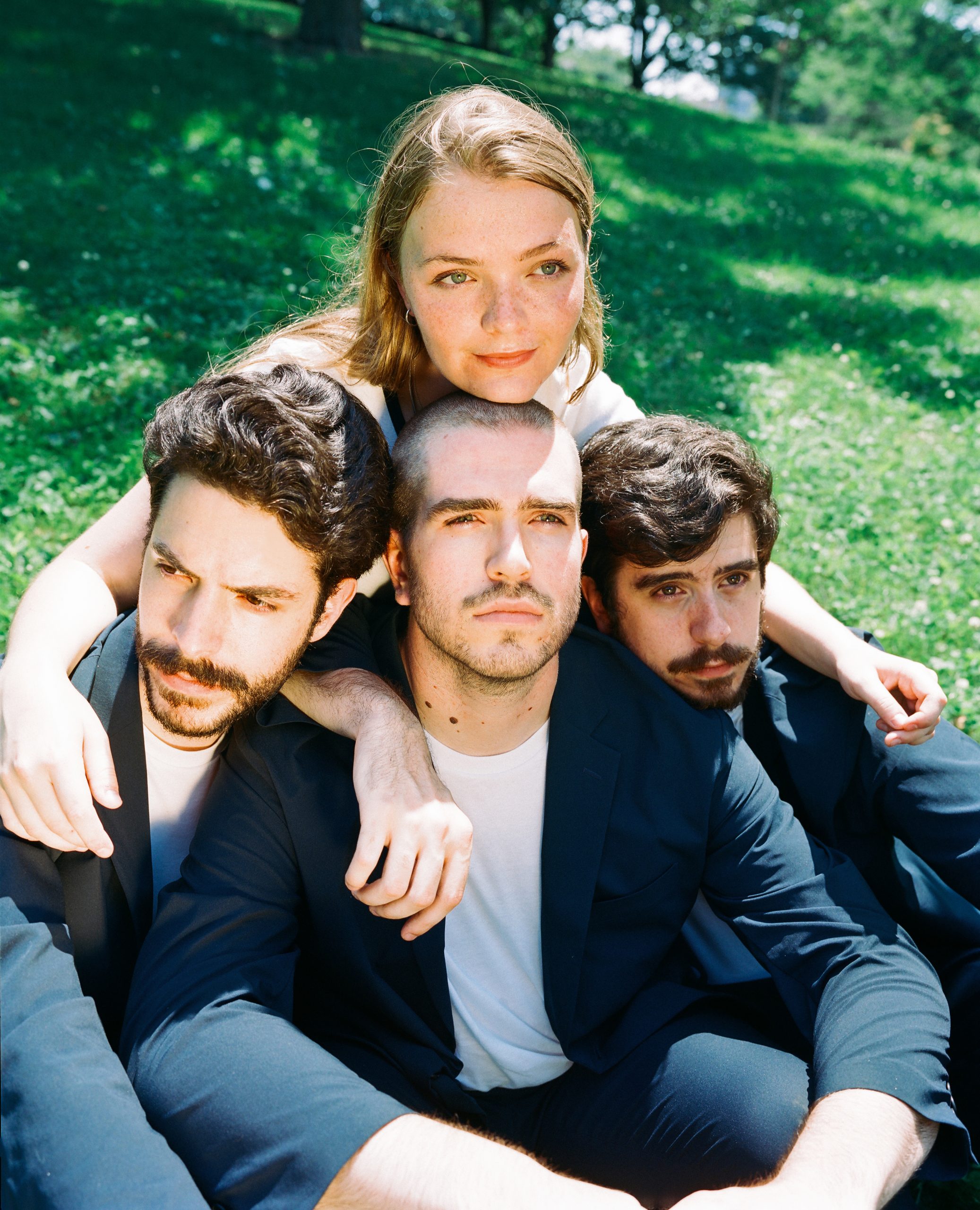 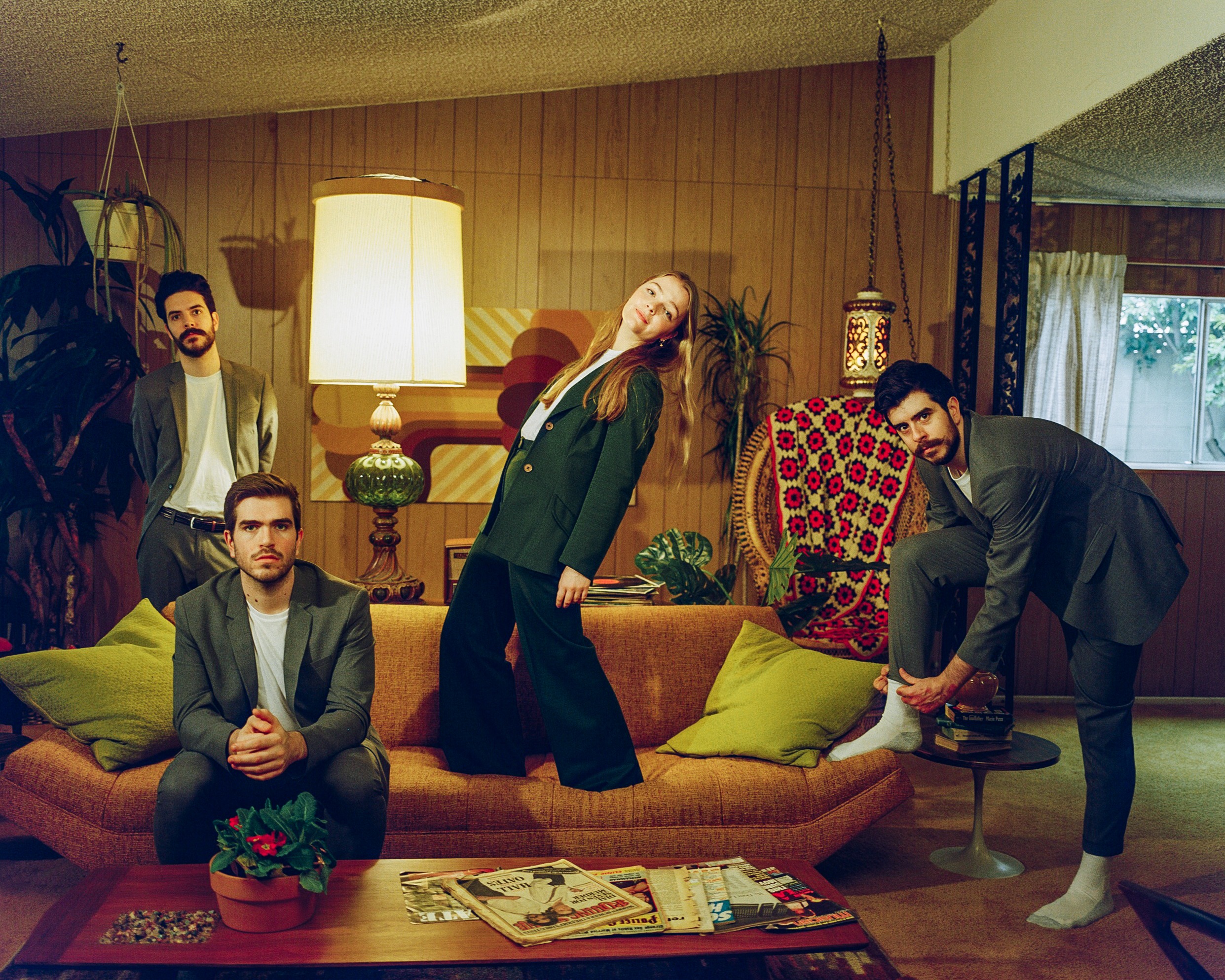 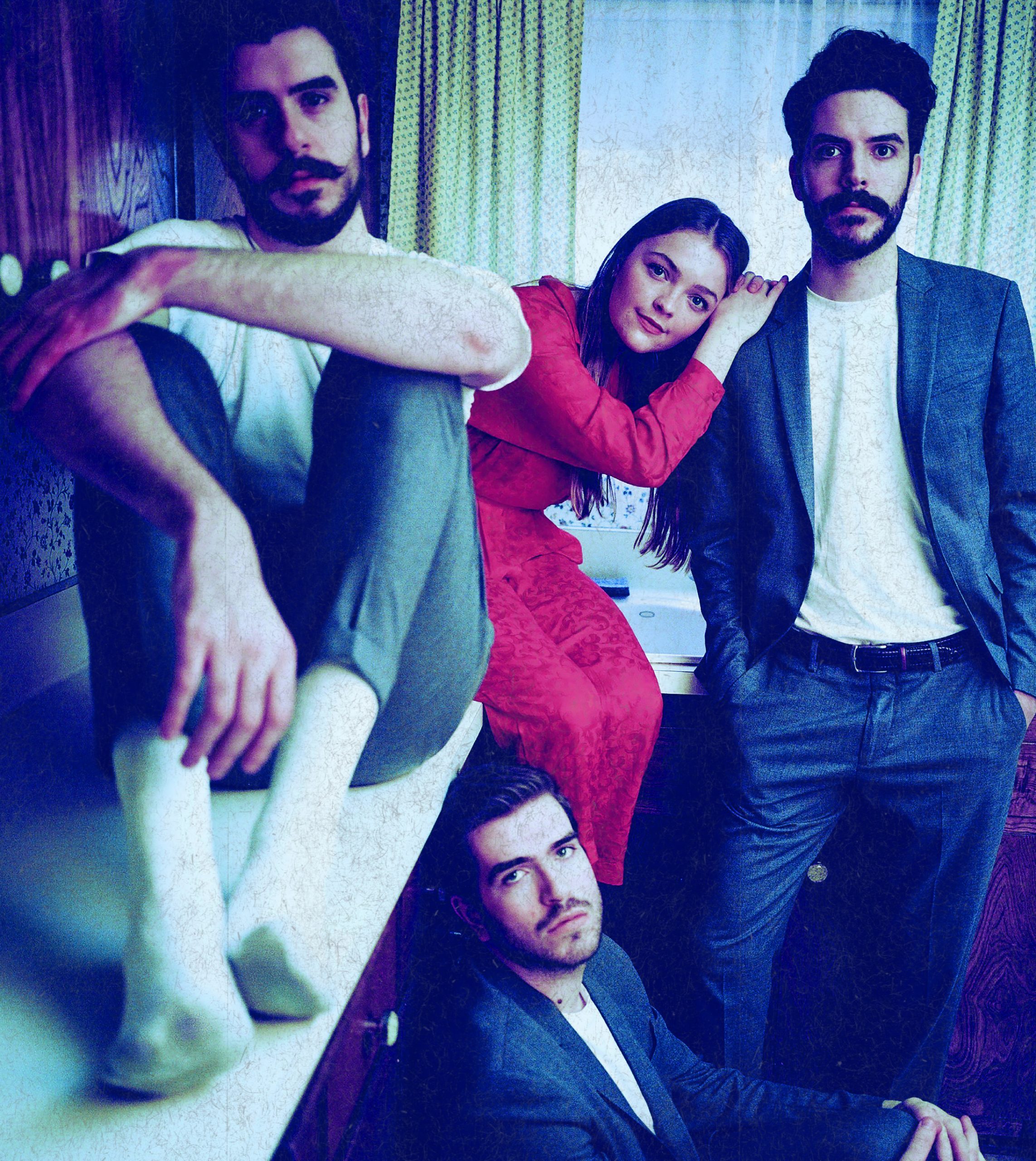 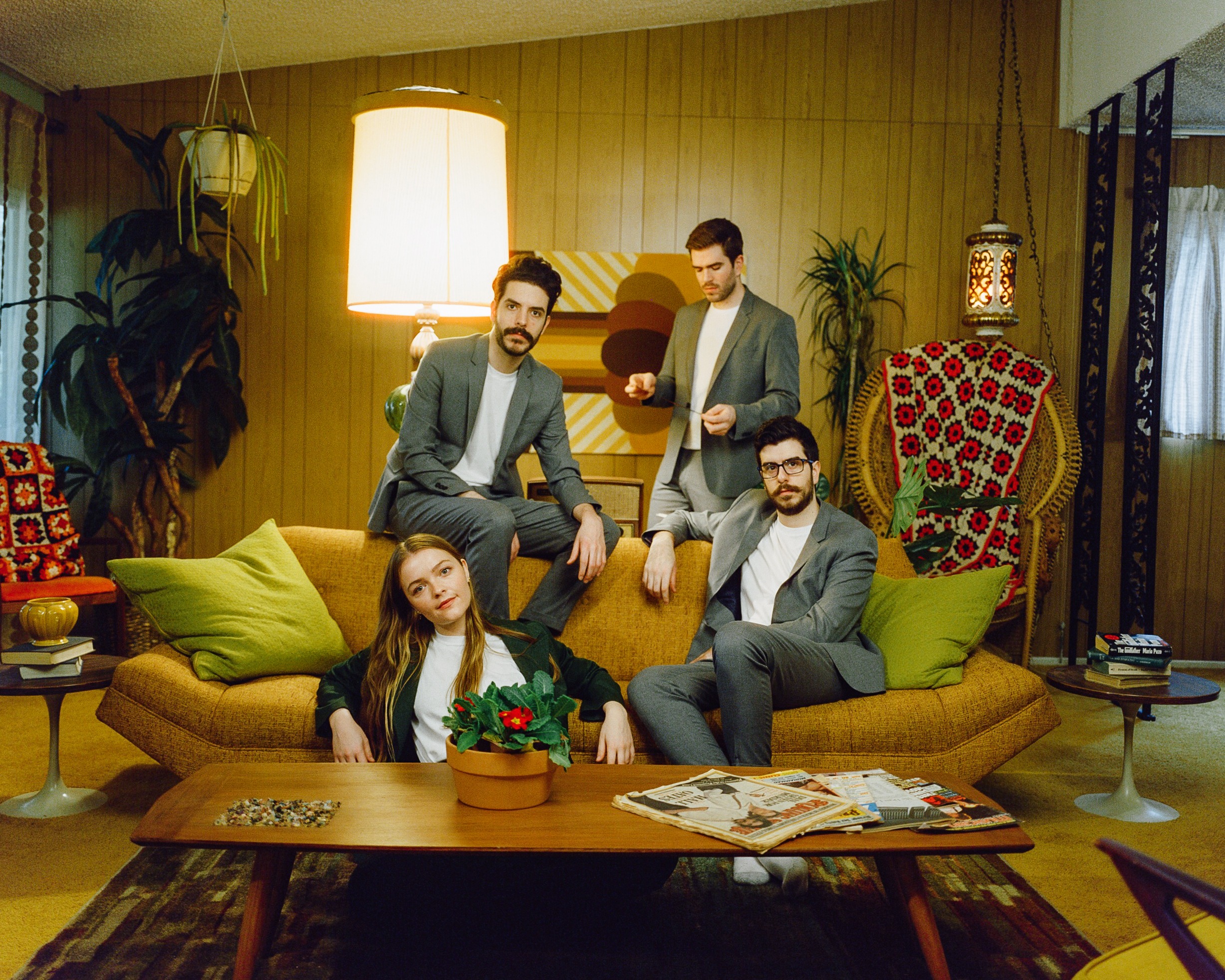 On their 2018 debut album Baby Teeth, Dizzy offered up a batch of lucidly detailed coming-of-age songs, a real-time reflection on the minor tragedies and major disappointments of post-adolescence. As their dream-pop opus drew global acclaim (and won Best Alternative Album at the 2019 Juno Awards), the Oshawa, Ontario-based band found that their finely wrought outpouring had built a powerful bond with their fans—a contingent that frontwoman Katie Munshaw refers to as “our little heartbreak club.” Joined by the trio of brothers who make up the rest of Dizzy—drummer Charlie Spencer and his siblings Alex (guitar) and Mackenzie (bass)—Munshaw soon set to work on an album exploring an even more tangled landscape of feelings.

“Baby Teeth was all about the confusion and sadness of my late teens, but this one is more about the qualities about myself that I’m not very proud of,” says Munshaw of Dizzy’s self-produced sophomore effort, The Sun and Her Scorch, to that end, the album’s title serves as a metaphor for the quietly damaging effects of those qualities, both on Munshaw herself and on those in her orbit. “I wanted to be completely honest about the things nobody ever wants to admit, like being jealous of your friends or pushing away the people who love you,” she says. “So instead of being about romantic heartbreak, it’s really about self-heartbreak.”

An album infinitely brightened by Dizzy’s heavenly melodies, The Sun and Her Scorch brings its truth-telling to confessions of insecurity and resentment and fear of failure. On the beautifully breezy lead single “Sunflower,” Munshaw drifts between self-loathing and tender self-talk, her lyrics alternately telegraphing raw sensitivity and sweetly self-deprecating humor (e.g., “I wanna hear the sound/Of what a broken heart does/When I fling it to the ground”). With its heart-on-sleeve storytelling, the languid and lovely “Roman Candles” returns to one of Dizzy’s most enduring themes: the unending restlessness of suburban living. (“‘Roman Candles’ is me crooning about my friends who moved away while I’m still living in my mom’s house, and wondering if I’ve made the right decisions in my life,” says Munshaw.) And on “The Magician,” Dizzy performs a sort of delicate alchemy, transforming a story of tragedy into an ineffably joyful and danceable track. “It’s about a friend of mine who passed away and wishing I could magically bring her back, however naïve that is,” Munshaw explains.

On both Baby Teeth and The Sun and Her Scorch, Dizzy instill their songs with a warm and open-hearted sincerity, an extension of the gentle camaraderie within the band itself. Though they formed in 2015, Dizzy’s origins lie in the longtime friendship between Munshaw and Charlie, who met in ninth-grade math class and later sang together in the school choir. Upon graduating high school, the two decided to sidestep the university path and start a band, enlisting Mackenzie and Alex and getting their start gigging in local bars. After playing one of their very first shows in Toronto, Dizzy landed a deal with Royal Mountain Records, then released Baby Teeth in August 2018. Along with winning their Juno Award, the band found Baby Teeth included on the 2019 Polaris Music Prize Long List and praised by such tastemaking outlets as Stereogum, Earmilk, and The Line of Best Fit.

In bringing The Sun and Her Scorch to life, Dizzy tapped into their increased sense of closeness and confidence, an element that Munshaw attributes to their frequent touring over the past few years (including stints opening for artists like Death Cab for Cutie, Oh Wonder, Tokyo Police Club, and U.S. Girls). Describing the process as “totally challenging and completely rewarding,” the band took an entirely self-directed approach to every aspect of the album’s creation, introducing a more kinetic energy into their sound through their lavish use of live instrumentation. “We wanted to take the reins and make sure that what we ended up putting out was exactly what we envisioned,” says Munshaw, noting that Charlie played a vital role in the album’s production. Recorded partly at Mechanicland Studios—and in Munshaw’s mother’s basement—The Sun and Her Scorch also unfolds in subtle sonic details that speak to the playful spontaneity at the heart of their artistry. (In the making of “Sunflower,” for instance, Dizzy incorporated a voice-memo recording of a choir performing at a local rec center during Munshaw’s sister’s volleyball practice.)

In all of their output, Dizzy reveal a rare willingness to expose their messiest emotions, as well as an incredible power to turn that self-revelation into songs primed for singing along. “With the new album especially, I’m saying things I wouldn’t ever say to anyone out loud, and now I’m going to be singing them in front of hundreds of people,” says Munshaw. “I think the main thing I’d like people to take away is the idea that everybody probably has these negative thoughts about themselves sometimes, but it’s okay—you’re really not that bad. And if there’s an underlying philosophy to our band, it’s to be confident and believe in yourself no matter what.” 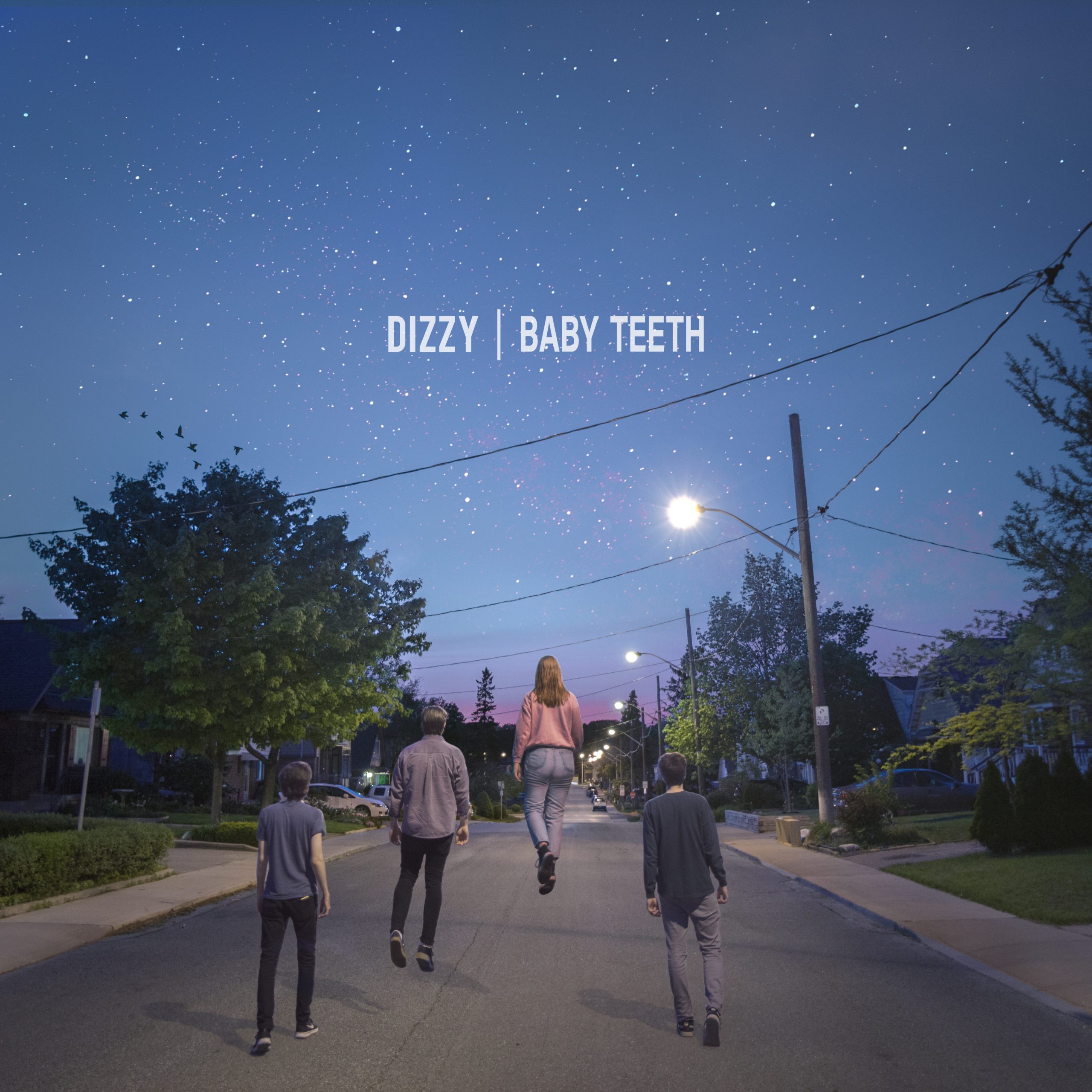 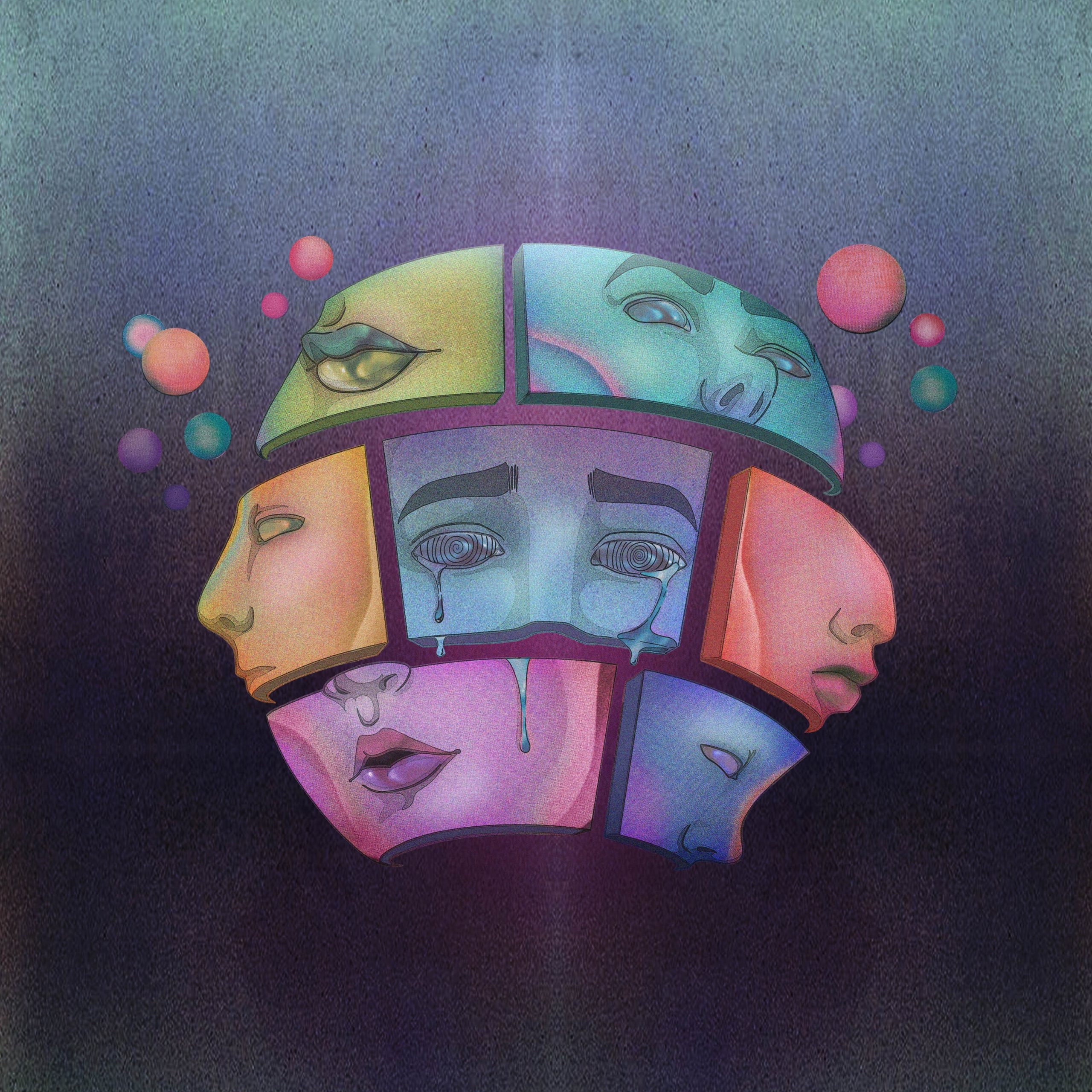 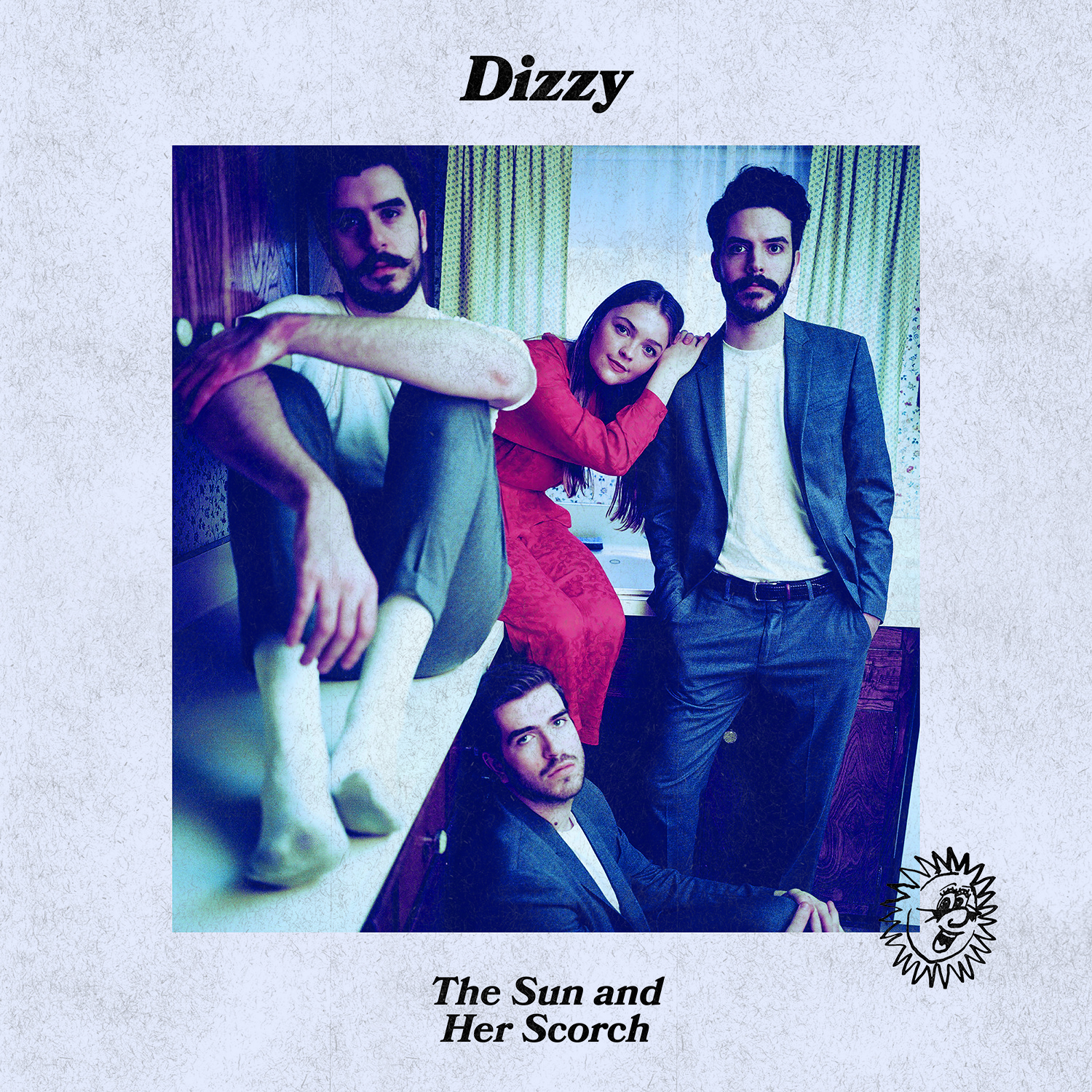 DizzyTheBandVEVO
We use cookies on our website to give you the most relevant experience by remembering your preferences and repeat visits. By clicking “Accept”, you consent to the use of ALL the cookies.
Cookie settingsACCEPT
Manage consent