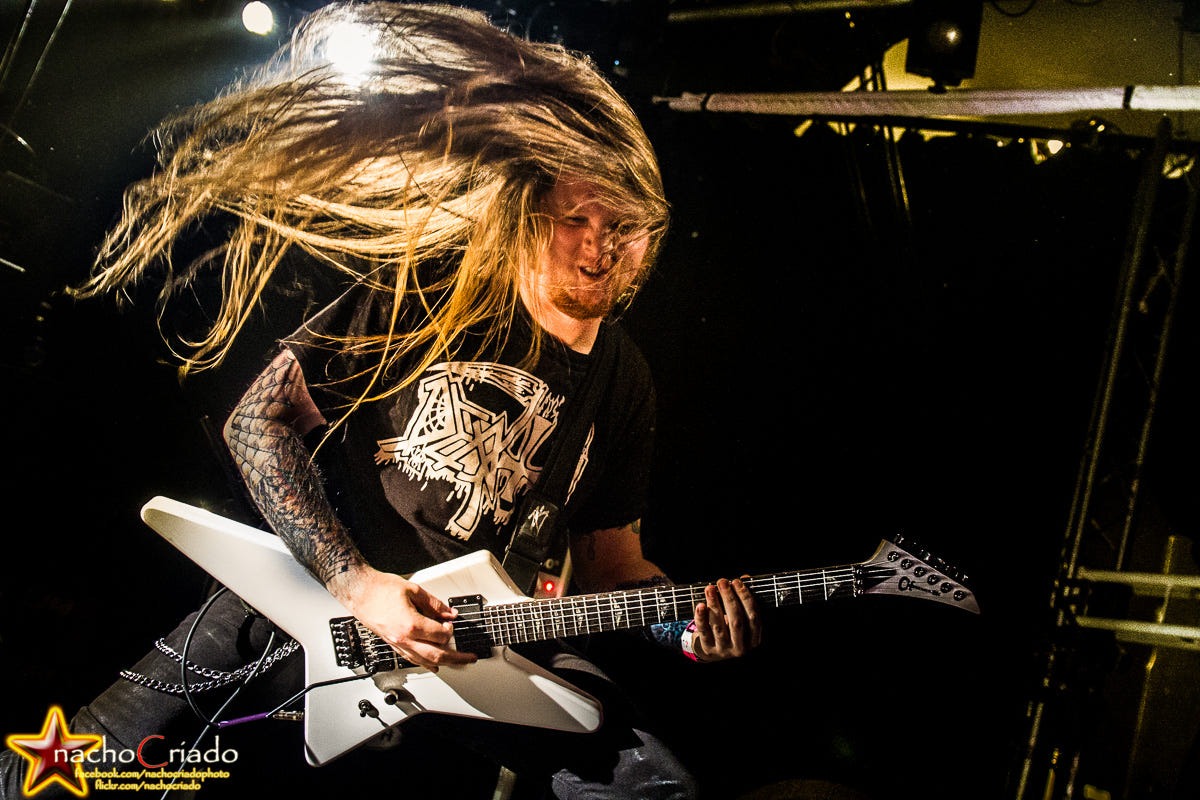 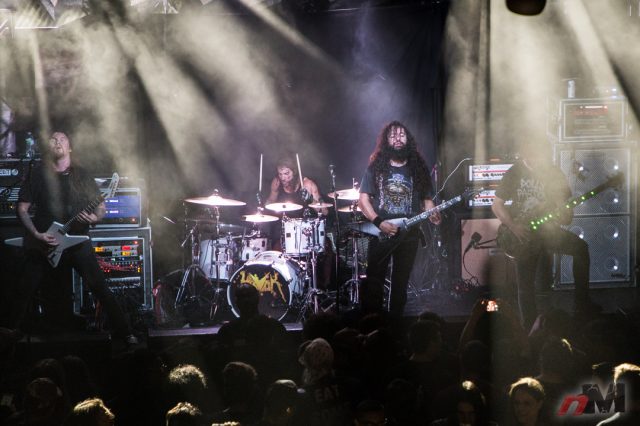 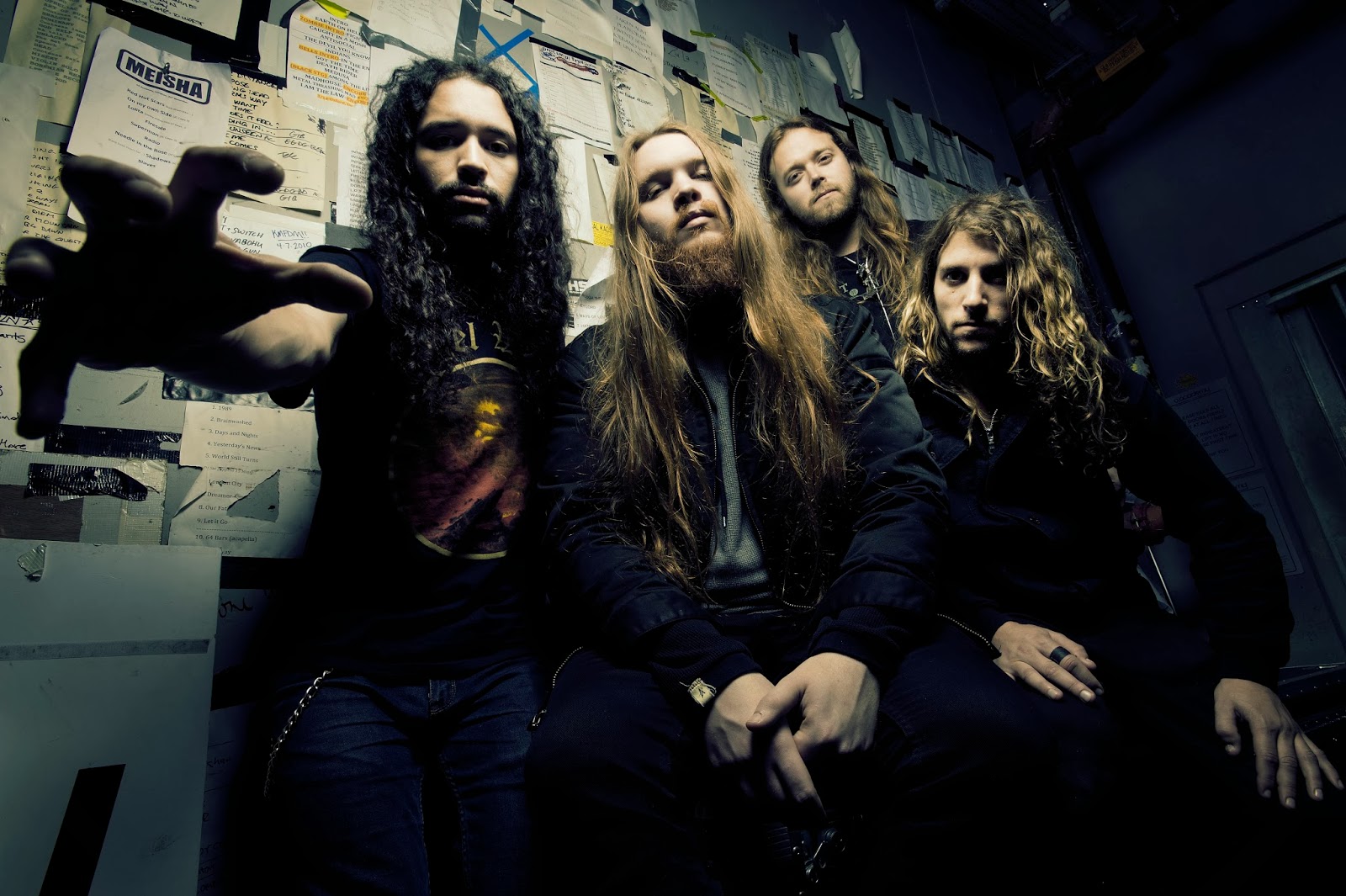 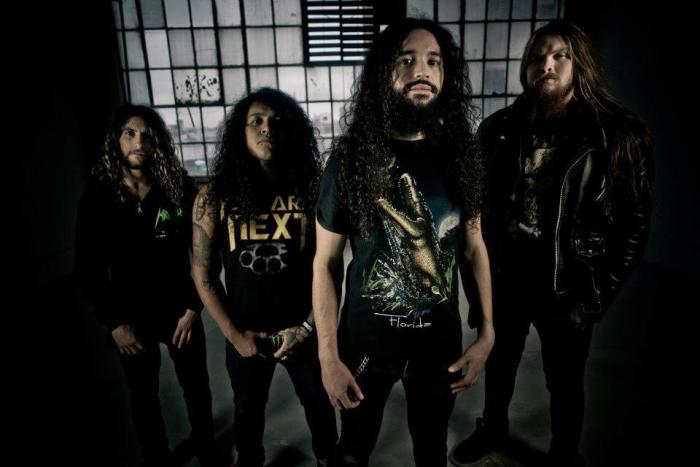 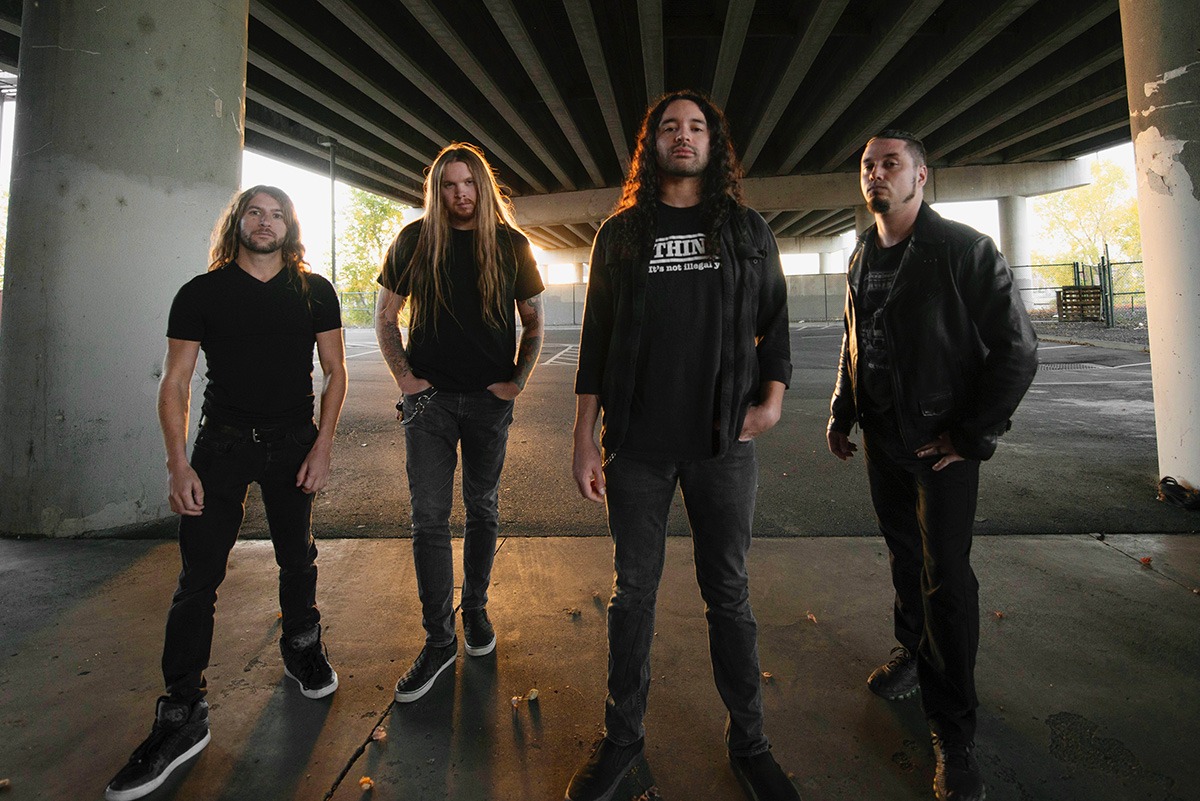 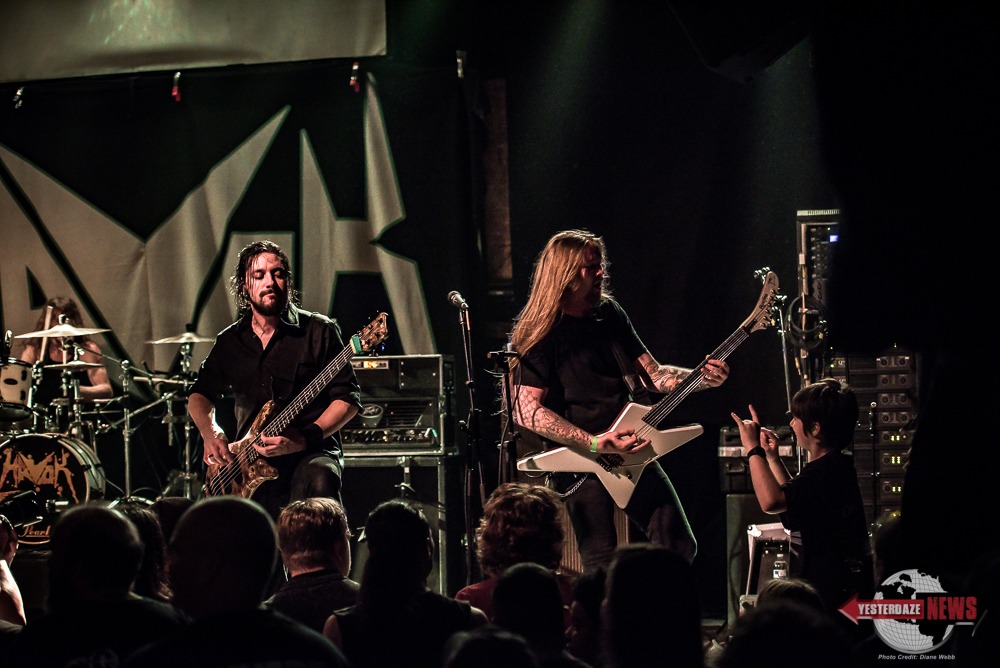 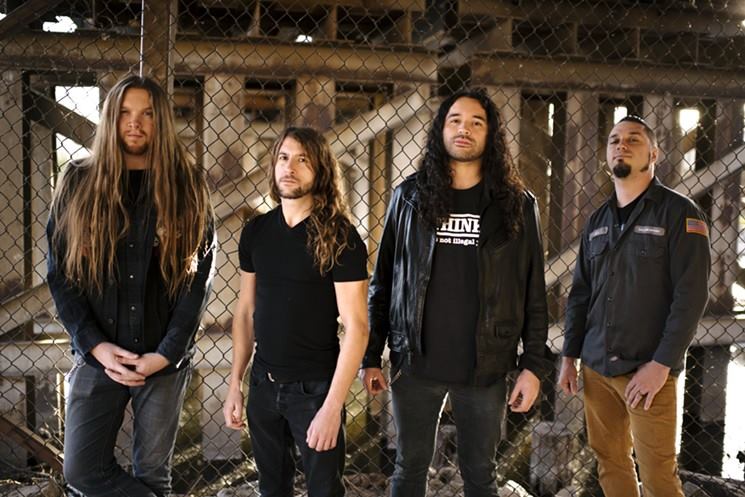 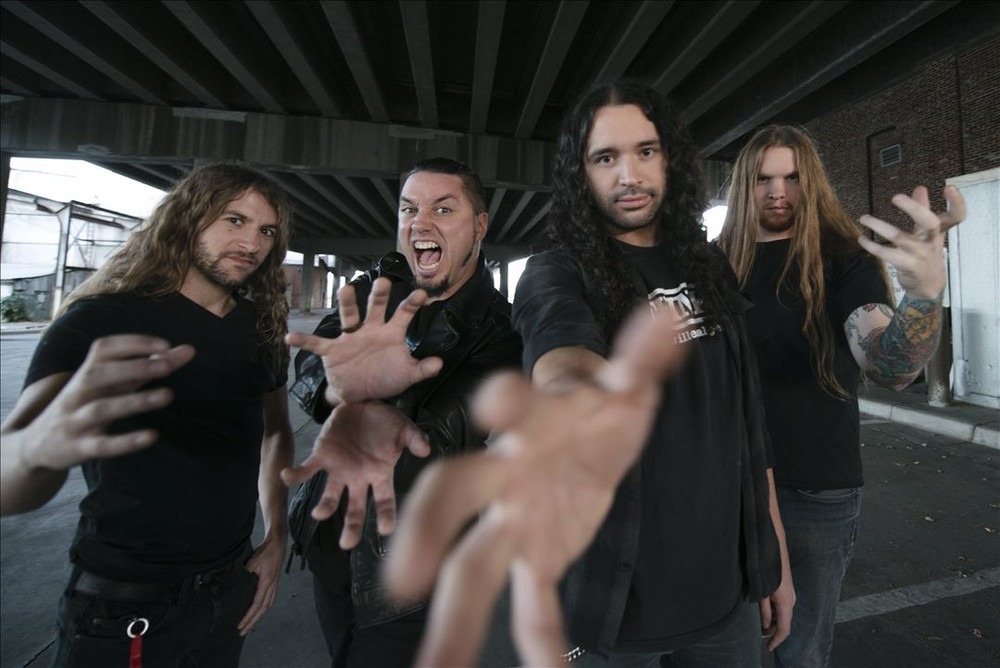 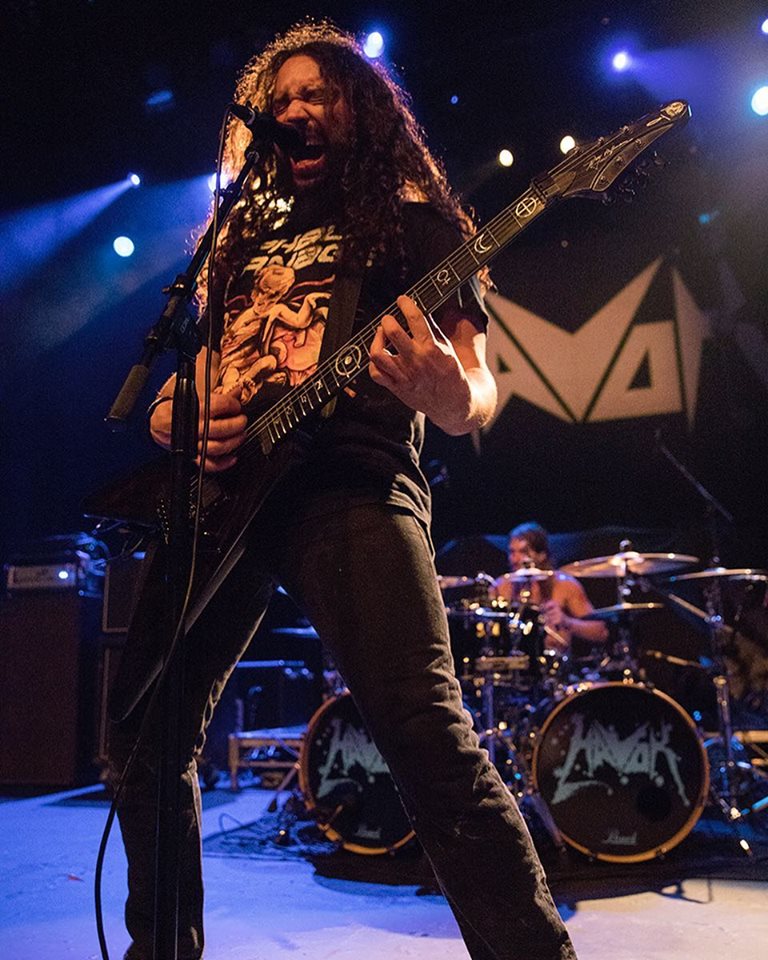 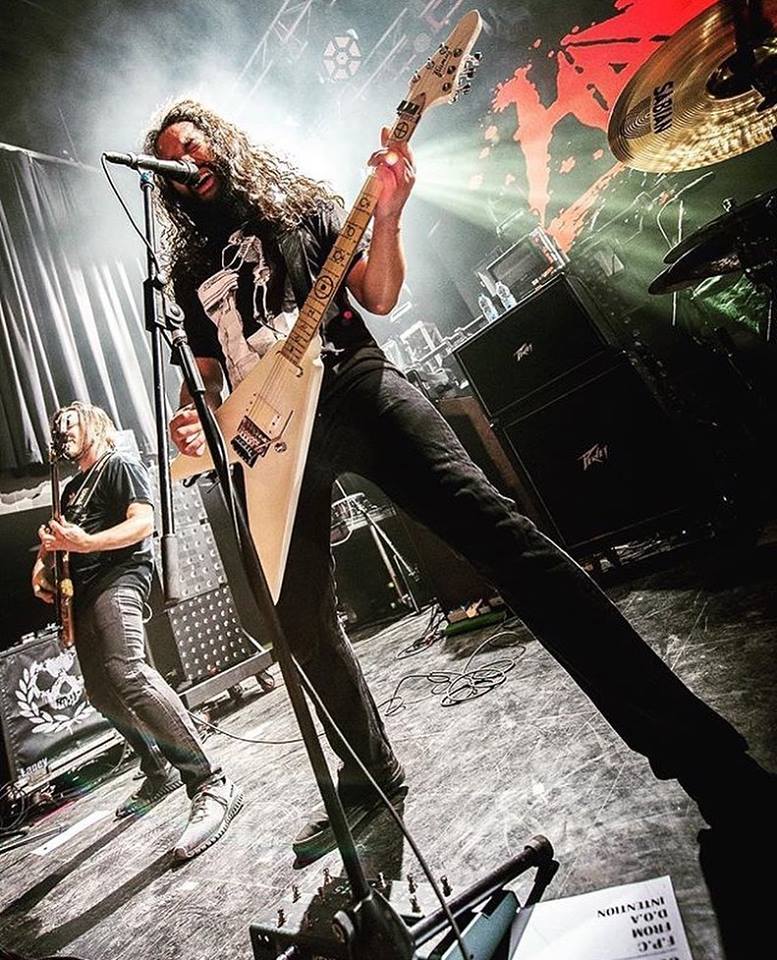 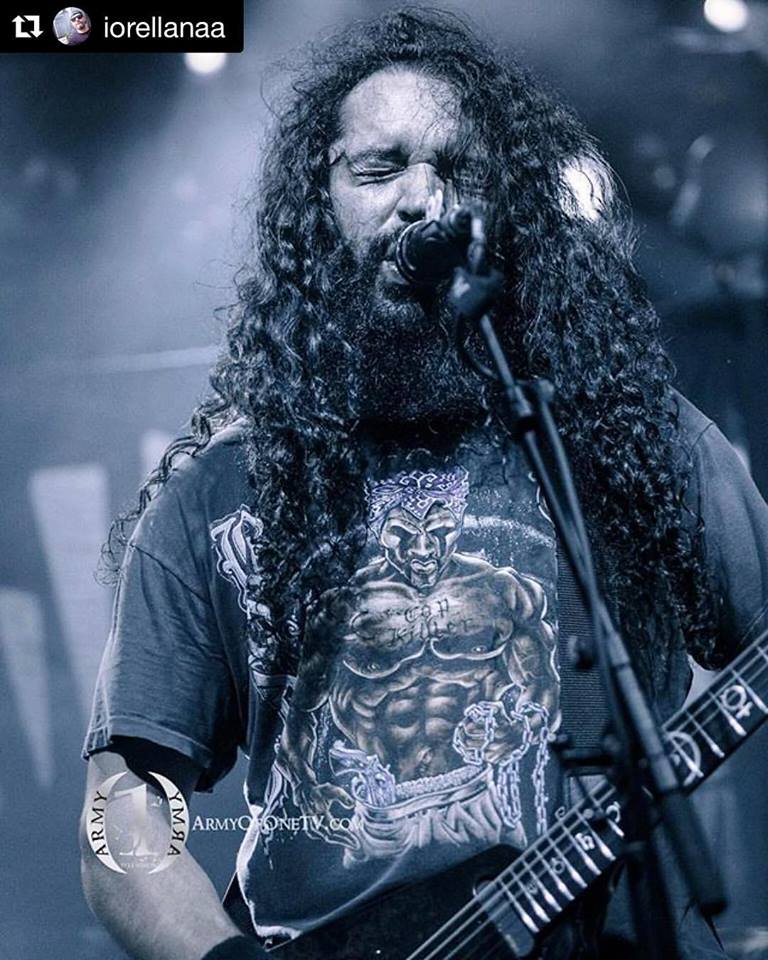 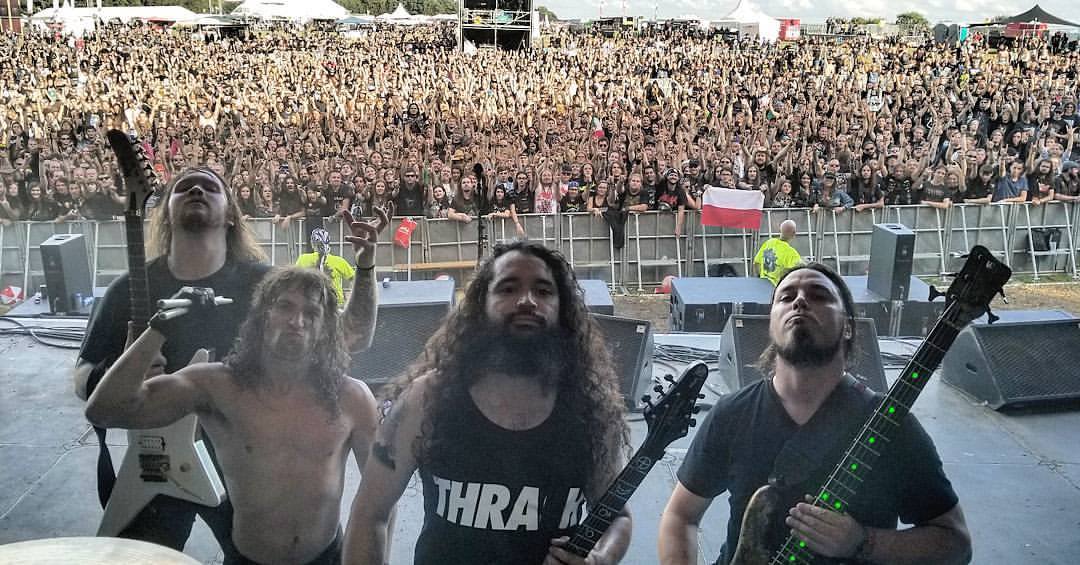 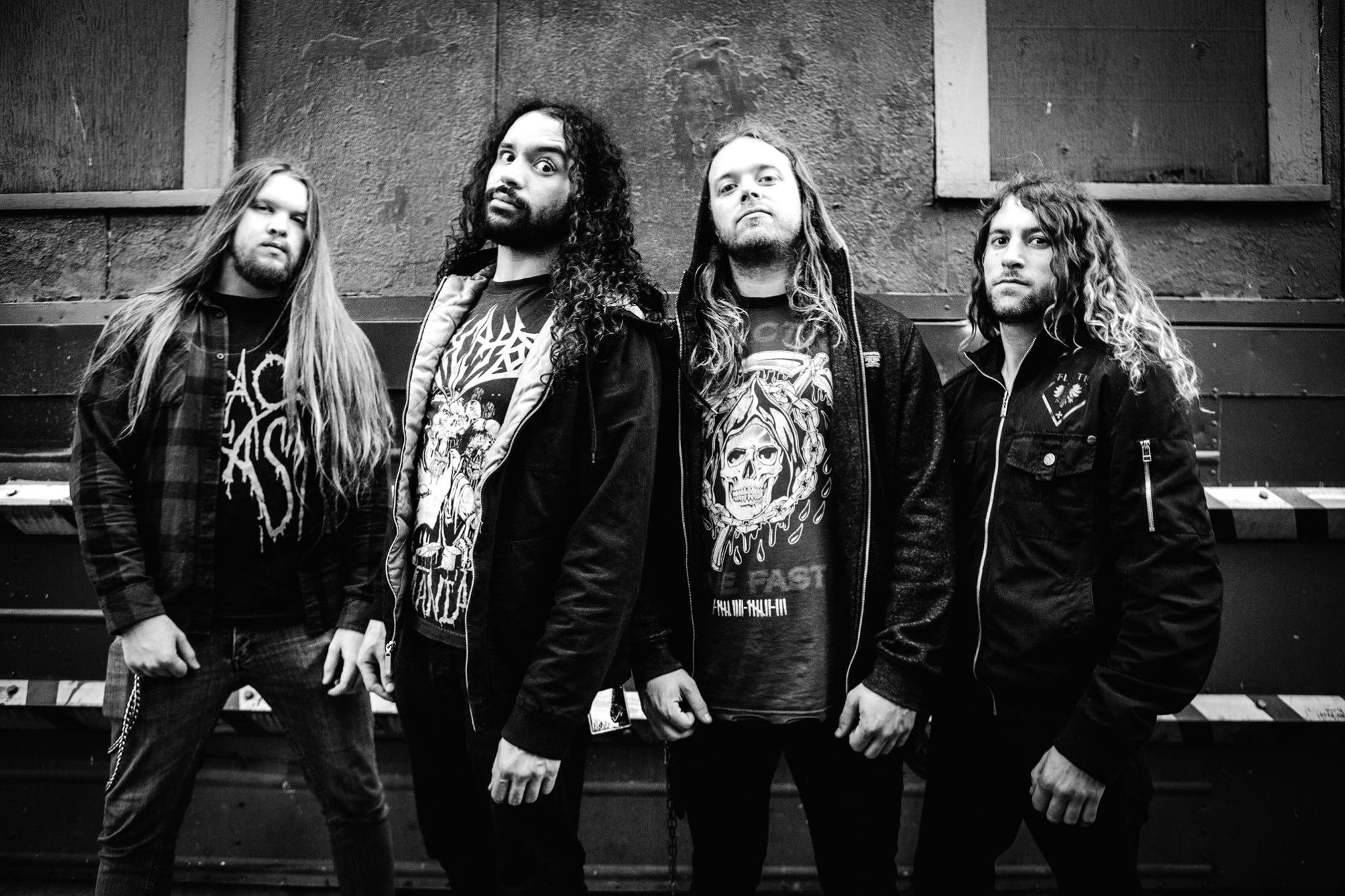 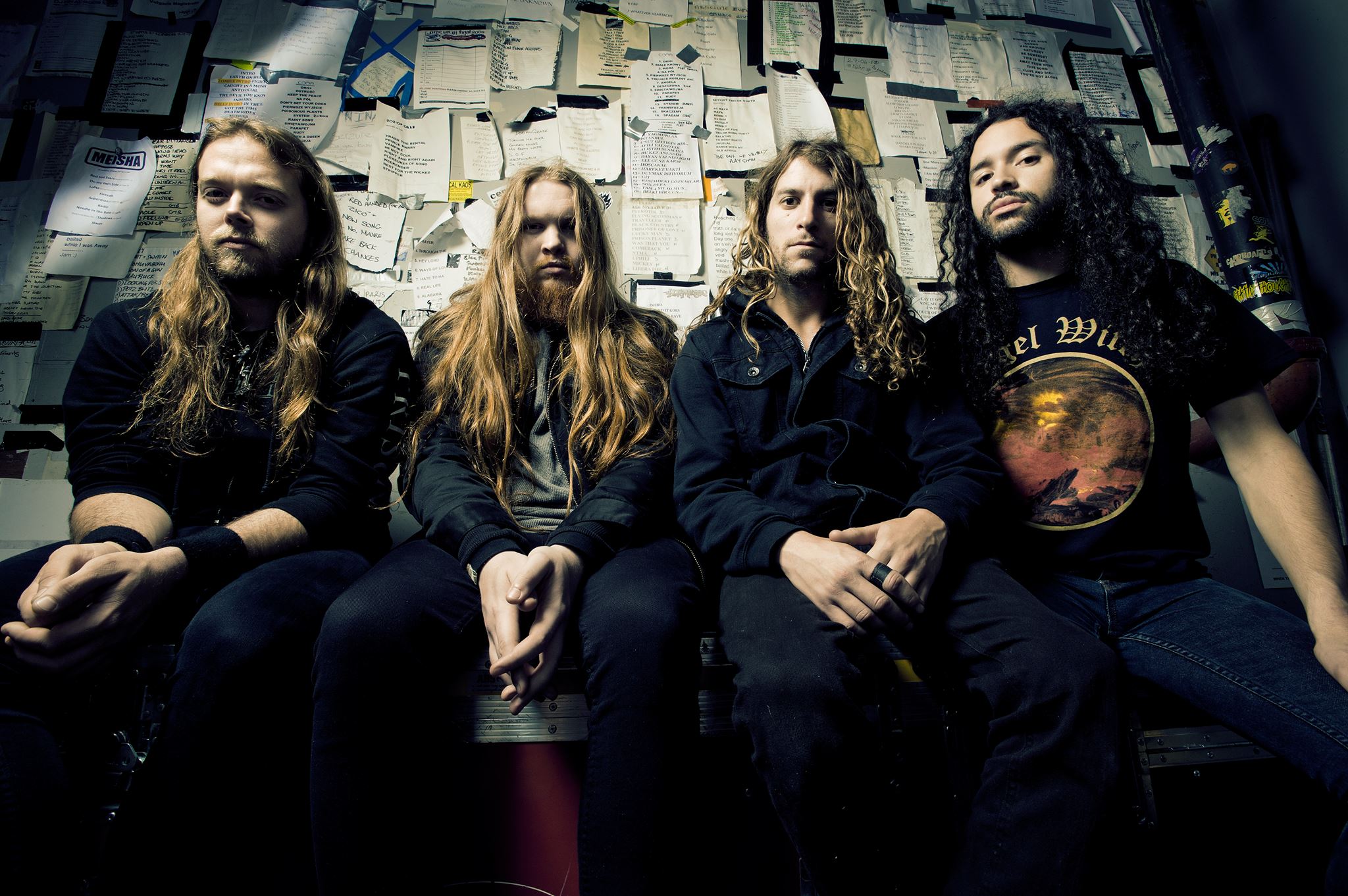 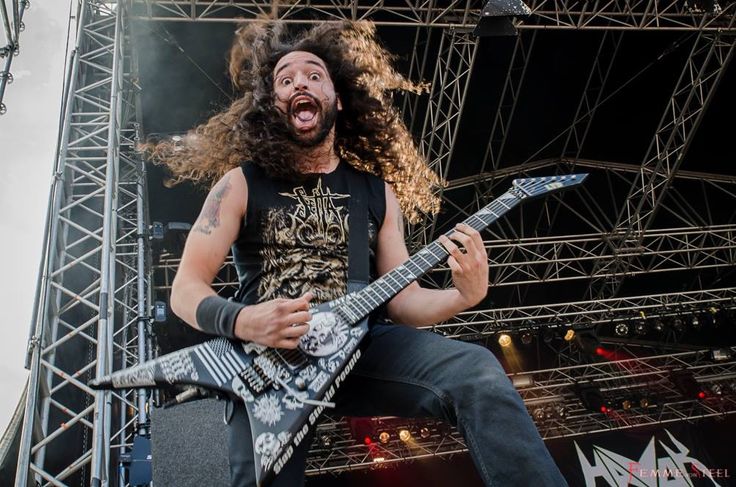 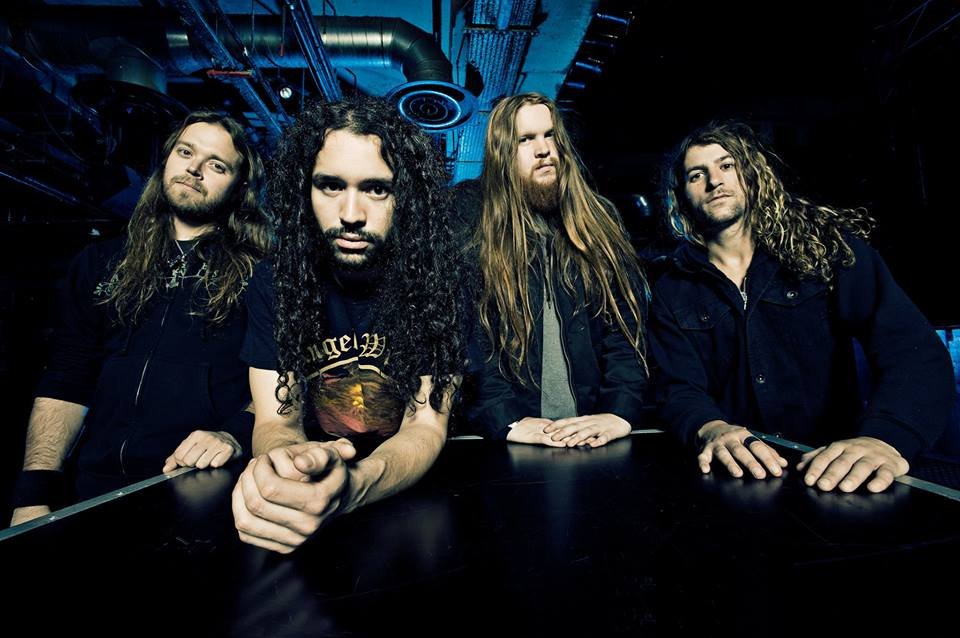 "Warm Audio gear sounds incredibly "warm", as the name implies. I love the fatness and vibe that I get from my Bus-Comp and the WA47 totally blew my mind in the studio. It's the best sounding mic I've ever tracked my vocals through; so many pleasant harmonics and crisp tube sound. Pro gear at affordable prices is the name of the game."

David Sanchez formed Havok with classmate and drummer, Haakon Sjoegren. The duo searched for a lead guitarist by putting up fliers around the Denver area, and local guitarist Shawn Chavez joined the band. Eventually, they rounded out their first lineup with Marcus Corich on bass, and in 2004, Havok recorded their first demo, "Thrash Can". In 2005, they self-released another EP, "Murder by Metal". By 2007, Tyler Cantrell had taken up the role as bassist, and Rich Tice on drums. On September 19, with this new line-up in place, Havok released their first self-released EP, "Pwn 'Em All". Tyler's brother, Justin Cantrell - also a bassist, replaced him for several tours in support of the EP.

In December 2007, Havok, having just hired drummer Ryan Bloom that fall, sent a copy of their EP and a press kit to any metal label they could find. The EP caught the ear of English extreme metal label, Candlelight Records, and soon after the band agreed to join them. Havok hired new bassist, Jesse De Los Santos, in the fall of 2008. On June 2, 2009, Havok released their full-length debut, Burn. However, Ryan Bloom left the band in April before the release of "Burn". To replace him, they briefly went on the road with Scott Fuller, but they eventually hired Pete Webber as the full-time drummer. Burn was received quite well in the metal community, but it did not yet break them into the global metal scene. The band was set to begin touring with Primal Fear on May 20, 2010 at New York's Gramercy Theater, but guitarist Shawn Chavez quit the band the same day. Instead of jumping ship, Sanchez took up learning all the solos, and Havok toured as a trio.[4] In September 2010, Winchester, VA shredder Reece Scruggs joined the band as their new lead guitarist. Havok then returned to the studio to record their sophomore effort. On March 29, 2011, Havok released "Time Is Up".[5] This spread through the metal community, receiving strong reviews from critics and fans alike. It became a defining album in what has come to be known as the New Wave of Thrash Metal scene. The success of "Time Is Up" has led the band to major tours opening for bands like Thrash Metal veterans Forbidden, alongside Revocation and White Wizzard; as well as tours opening for Sepultura, Death Angel, Anthrax, The English Dogs, The Casualties, Goatwhore, 3 Inches of Blood, Skeletonwitch, and Exhumed. 2012 was wrapped up for the band by playing the first Barge to Hell cruise featuring bands At the Gates, Behemoth, Mayhem, Possessed, Exodus, and Sacred Reich to name a few.

After over a year of heavy touring, Havok returned home to Denver with plans to record their next album. Havok was invited to open for Testament's 'Dark Roots of Thrash' tour at their Denver show after Overkill was forced to drop from the tour due to singer Bobby "Blitz" Ellsworth falling ill.  Fans were introduced to Havok's new bassist, Mike Leon (previously of Tampa, FL metallers The Absence), after Jesse left the band to spend time with family. Havok began recording their newest album in the spring of 2013. "Unnatural Selection" was released on June 25, 2013, and in its first week charted on the Billboard top 200 at No. 154 selling over 2,500 copies. Shortly after the release, the band went to Bogota, Colombia to play the Rock Al Parque festival, playing to an estimated 45,000 people. The festival also included Cannibal Corpse and Symphony X. The band set out on a 50 plus day headline tour to support "Unnatural Selection" with dates that lead up to the Montreal, Canada festival Heavy MTL on August 11. Unnatural Selection was the band's last release on Candlelight Records and on July 11, the band signed with Century Media Records.

On September 22, 2015, the band announced that they had parted ways with bassist Mike Leon (who had joined Soulfly), and had replaced him with Nick Schendzielos from Cephalic Carnage and Job for a Cowboy. That same month, it was announced that Havok had been working on their fourth studio album, Conformicide, which was released on March 10, 2017.

On May 17, 2018, the band announced the dates for the North American tour beginning on July 13 and ending on August 5. Jungle Rot and Extinction A.D. were also seen along.

In a July 2018 interview with Sonic Perspectives, Sanchez stated that Havok was going to "stop touring soon" and begin writing a new album, which he hopes will be released by the summer of 2019. 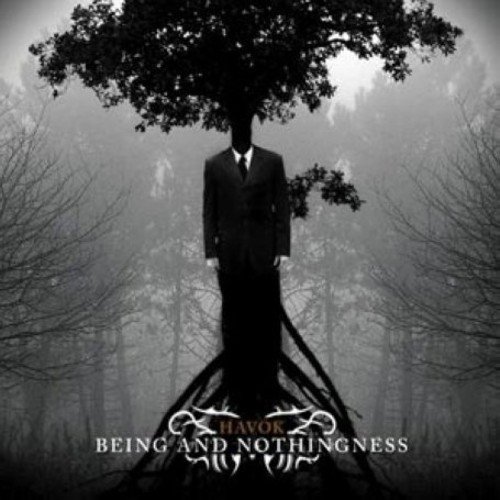 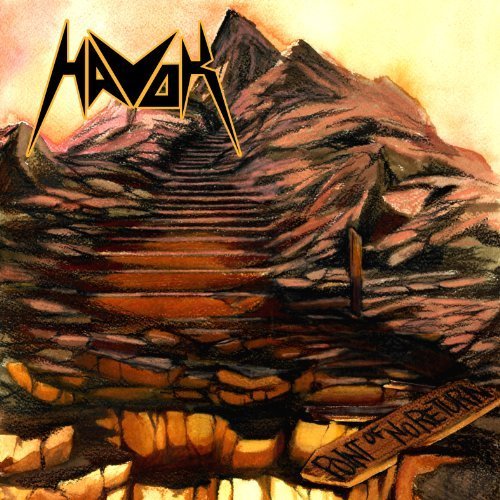 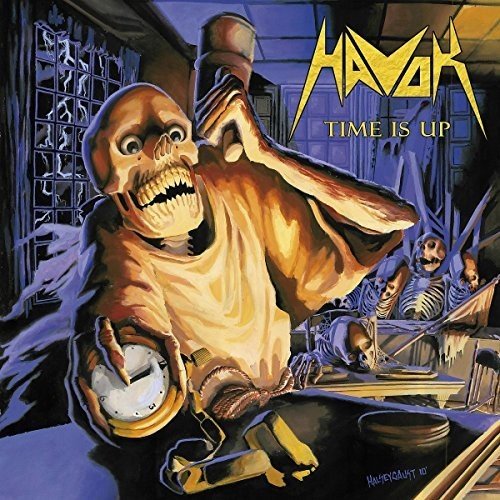 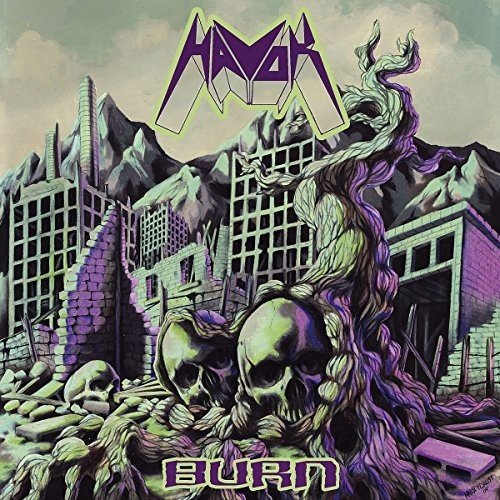 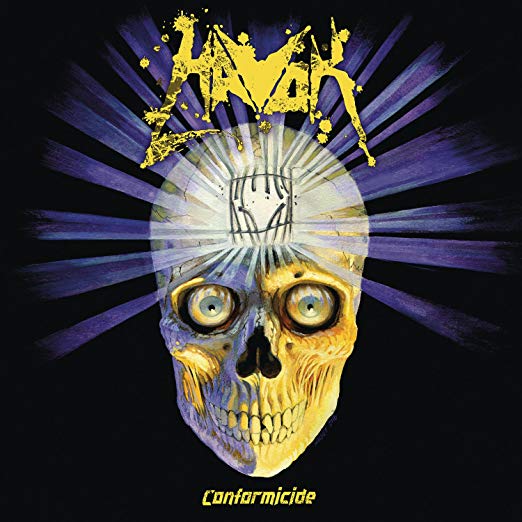 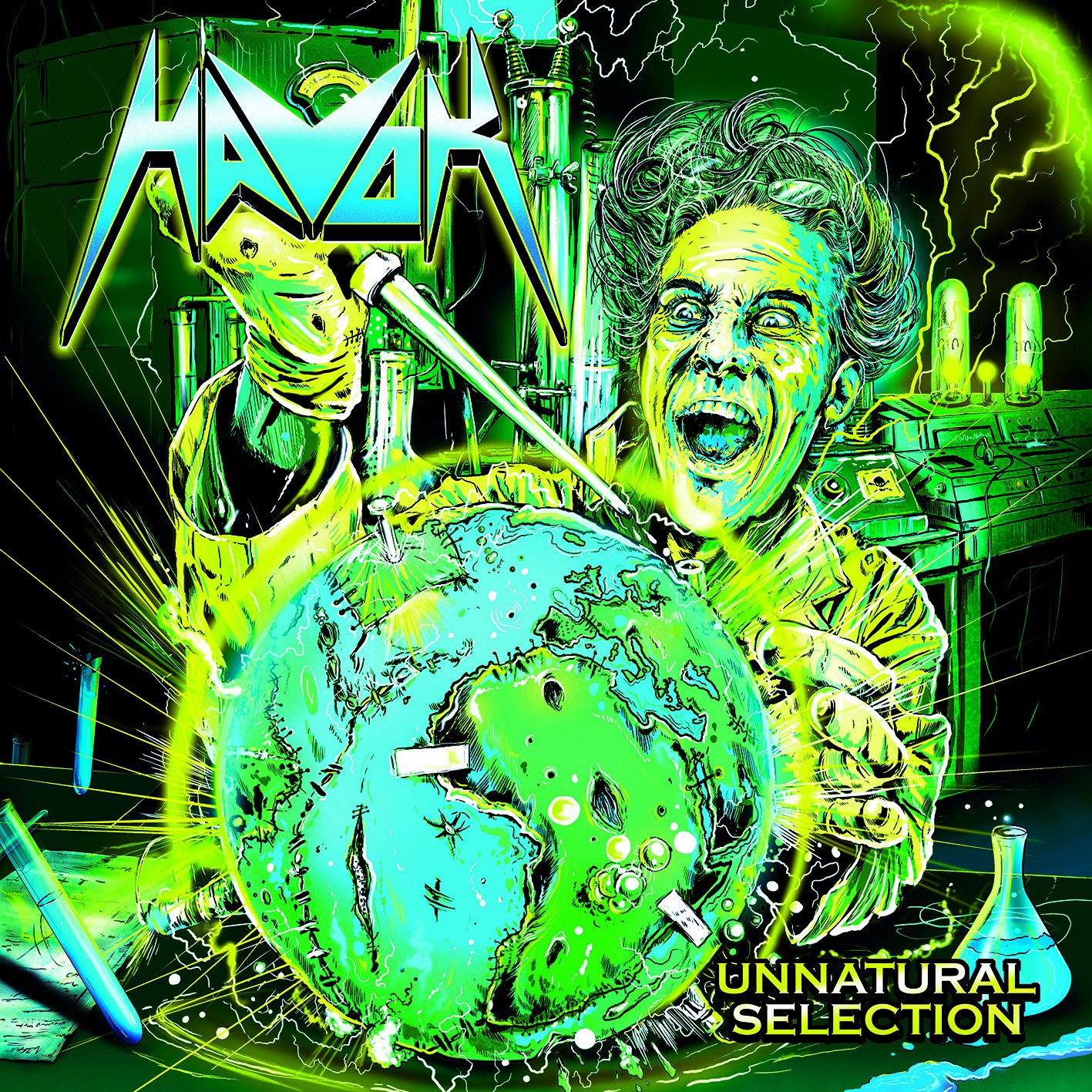