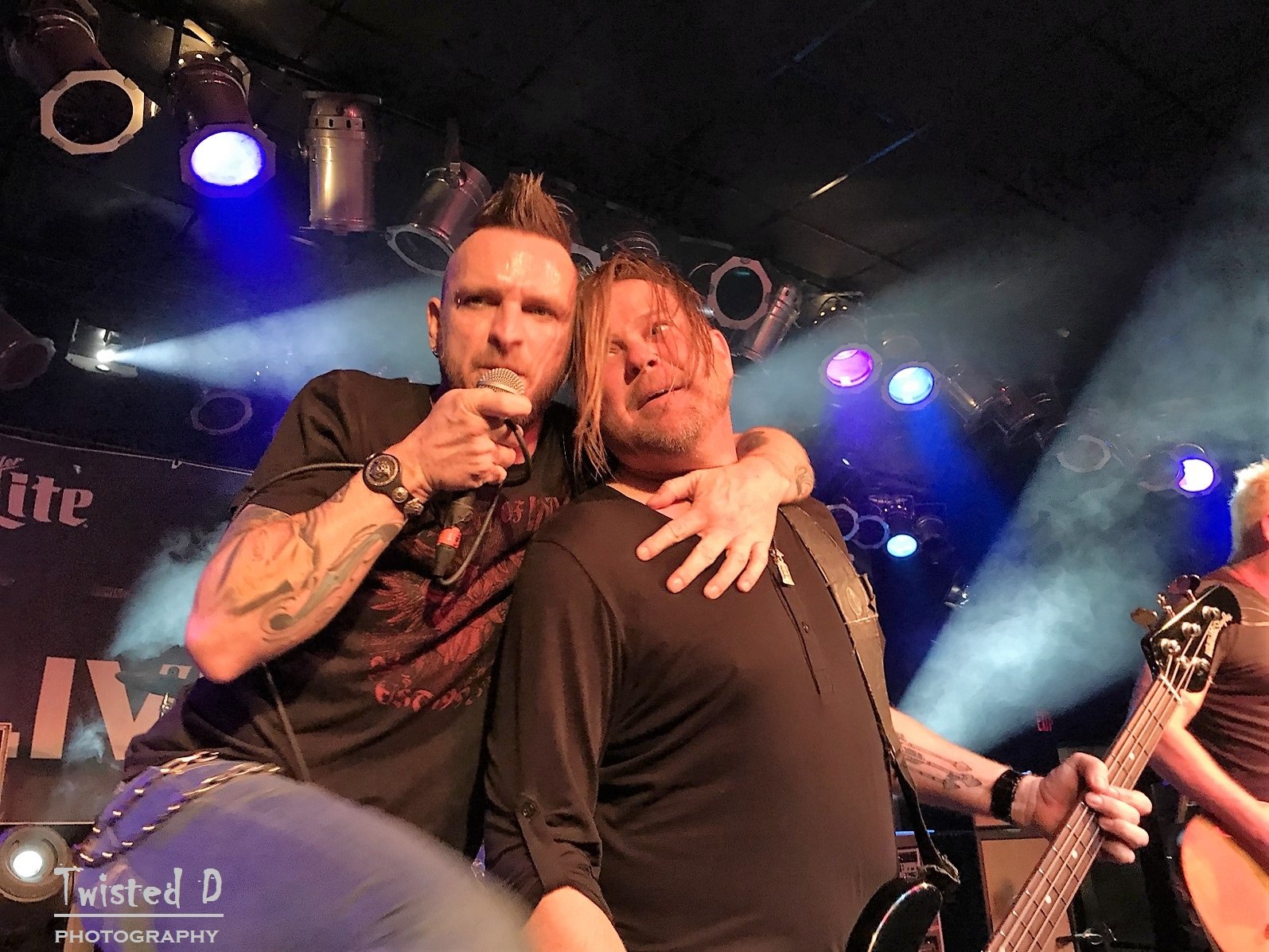 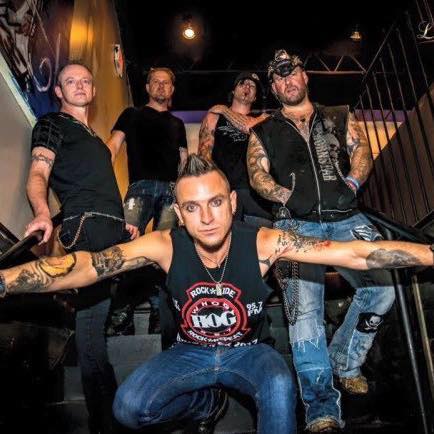 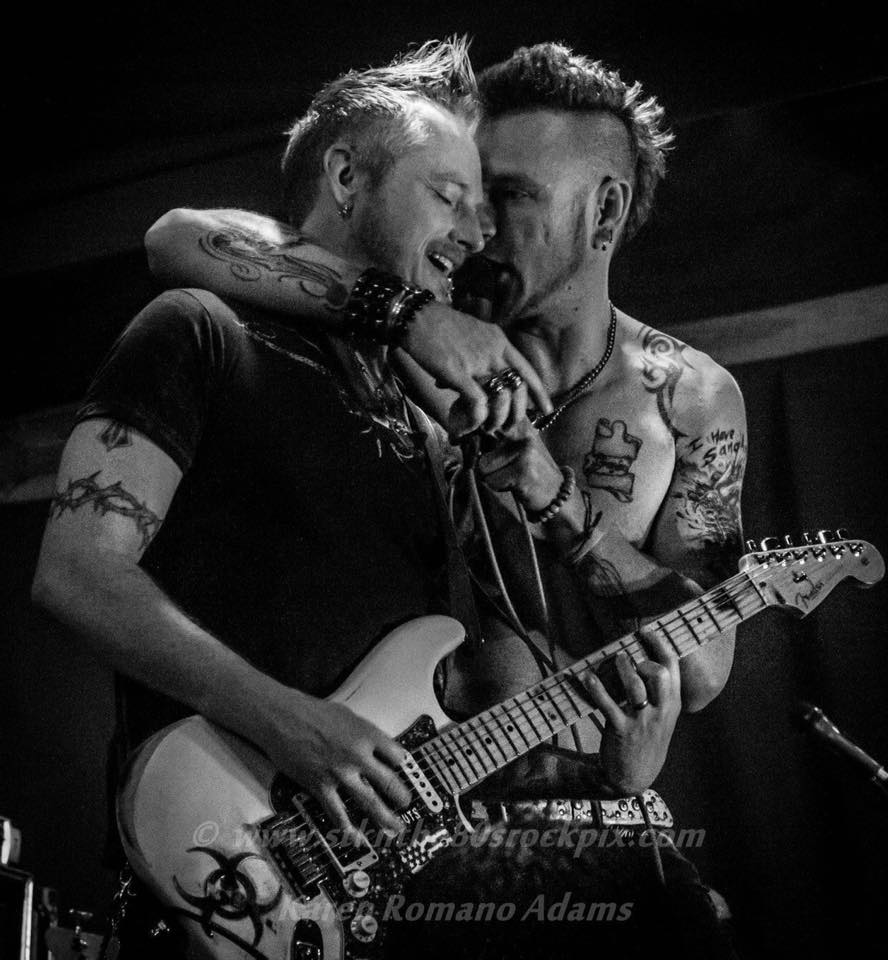 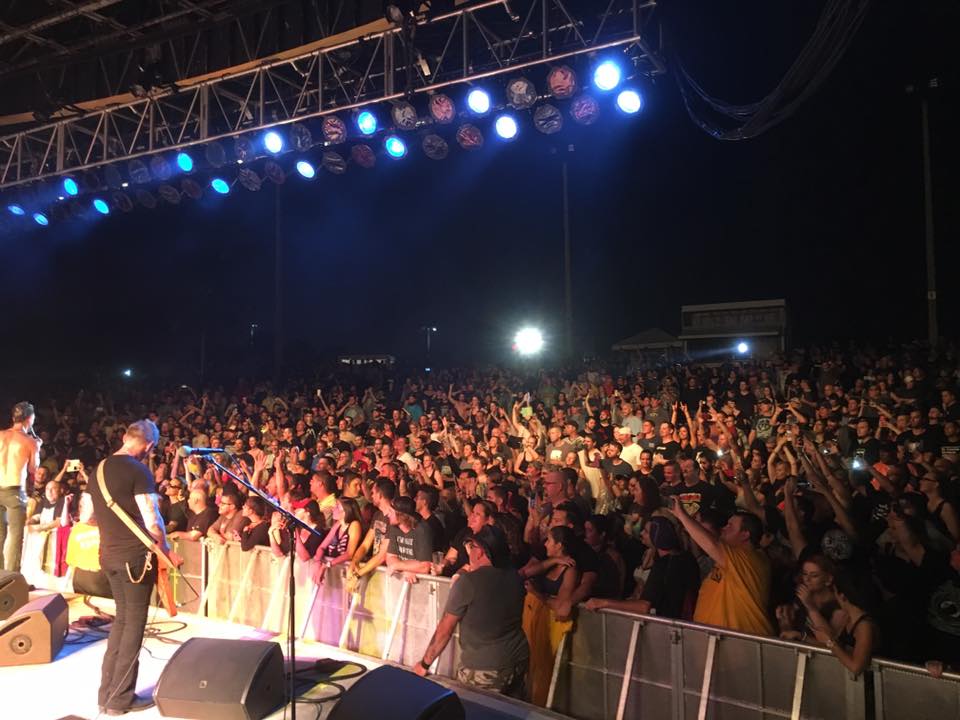 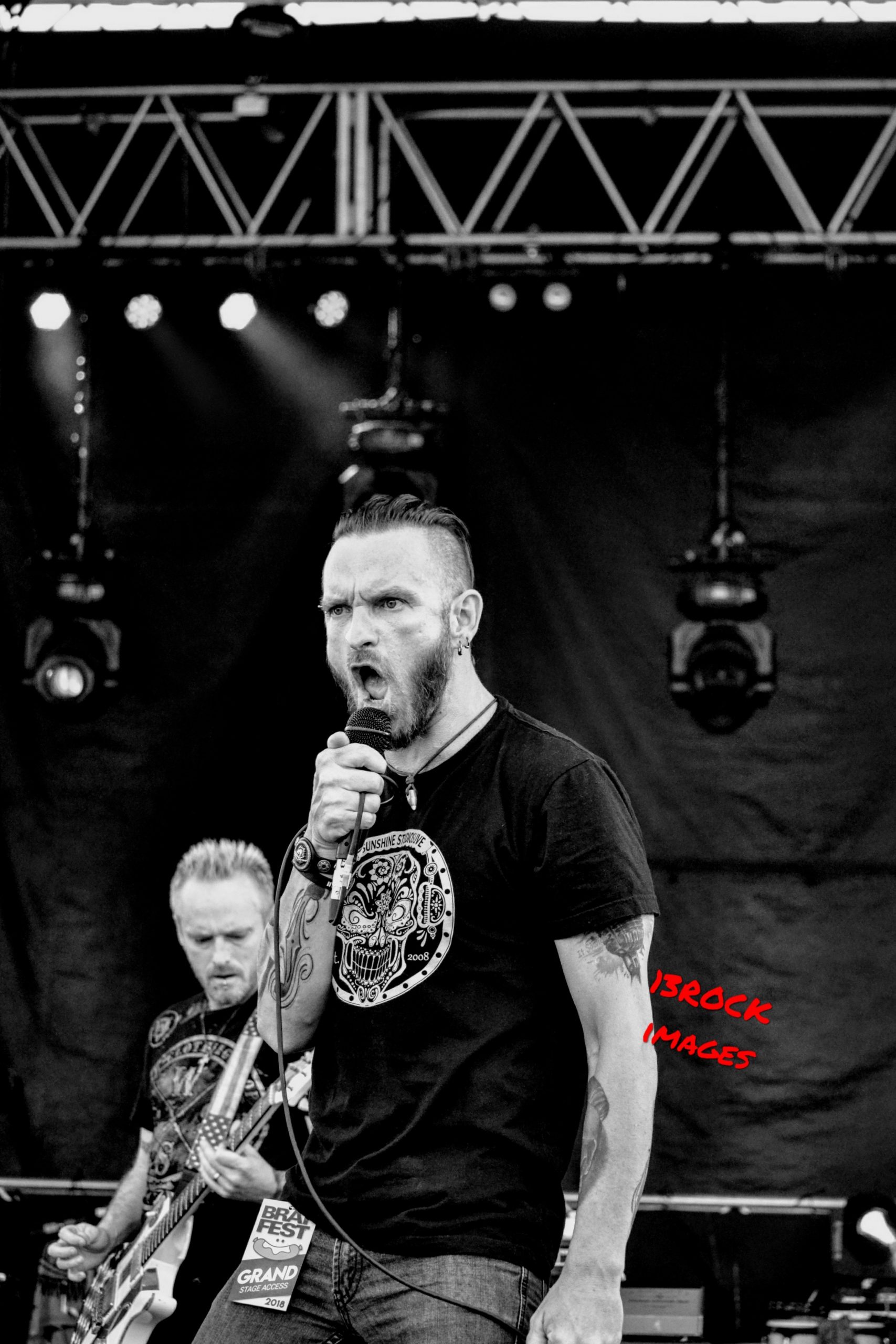 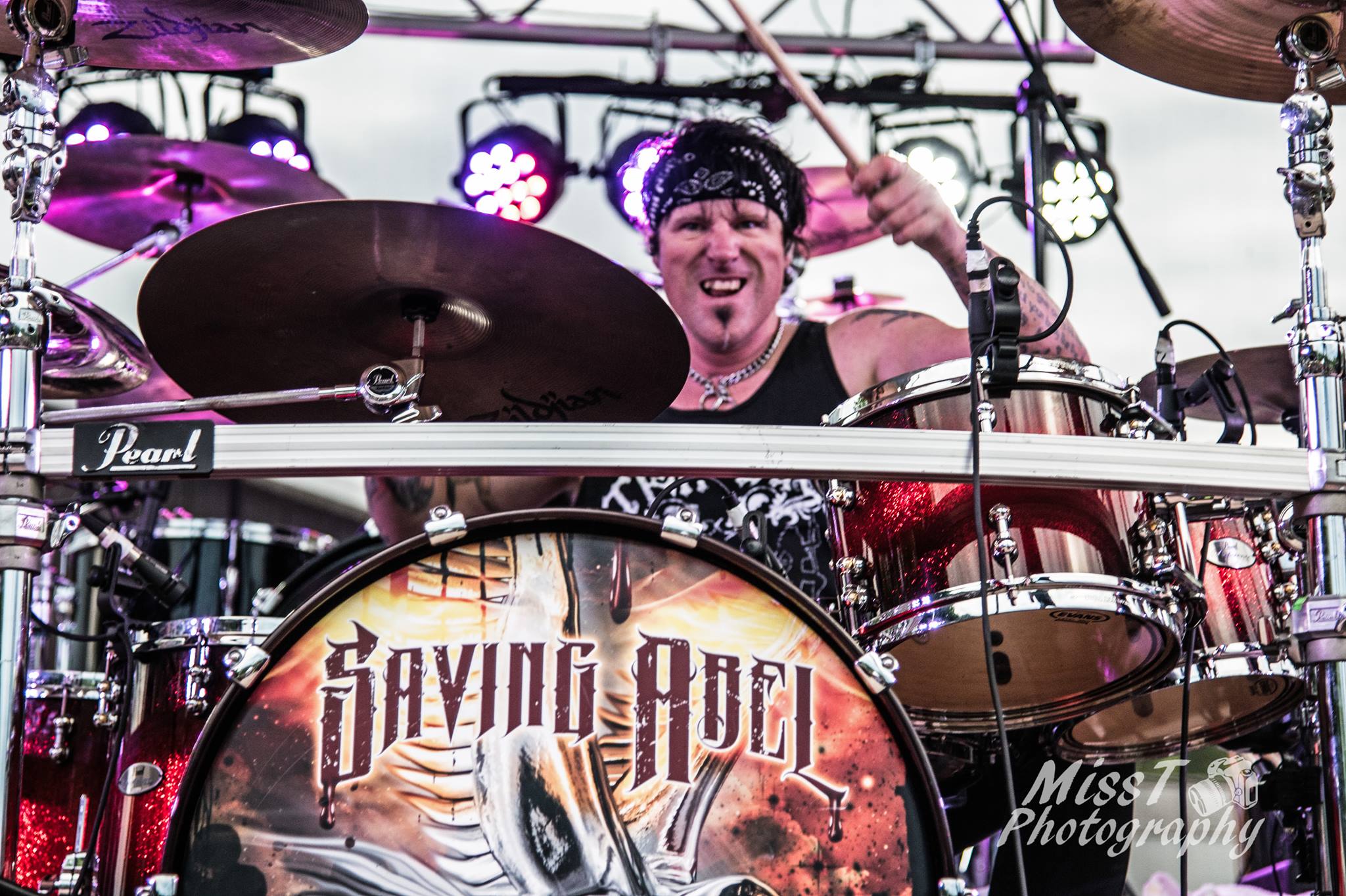 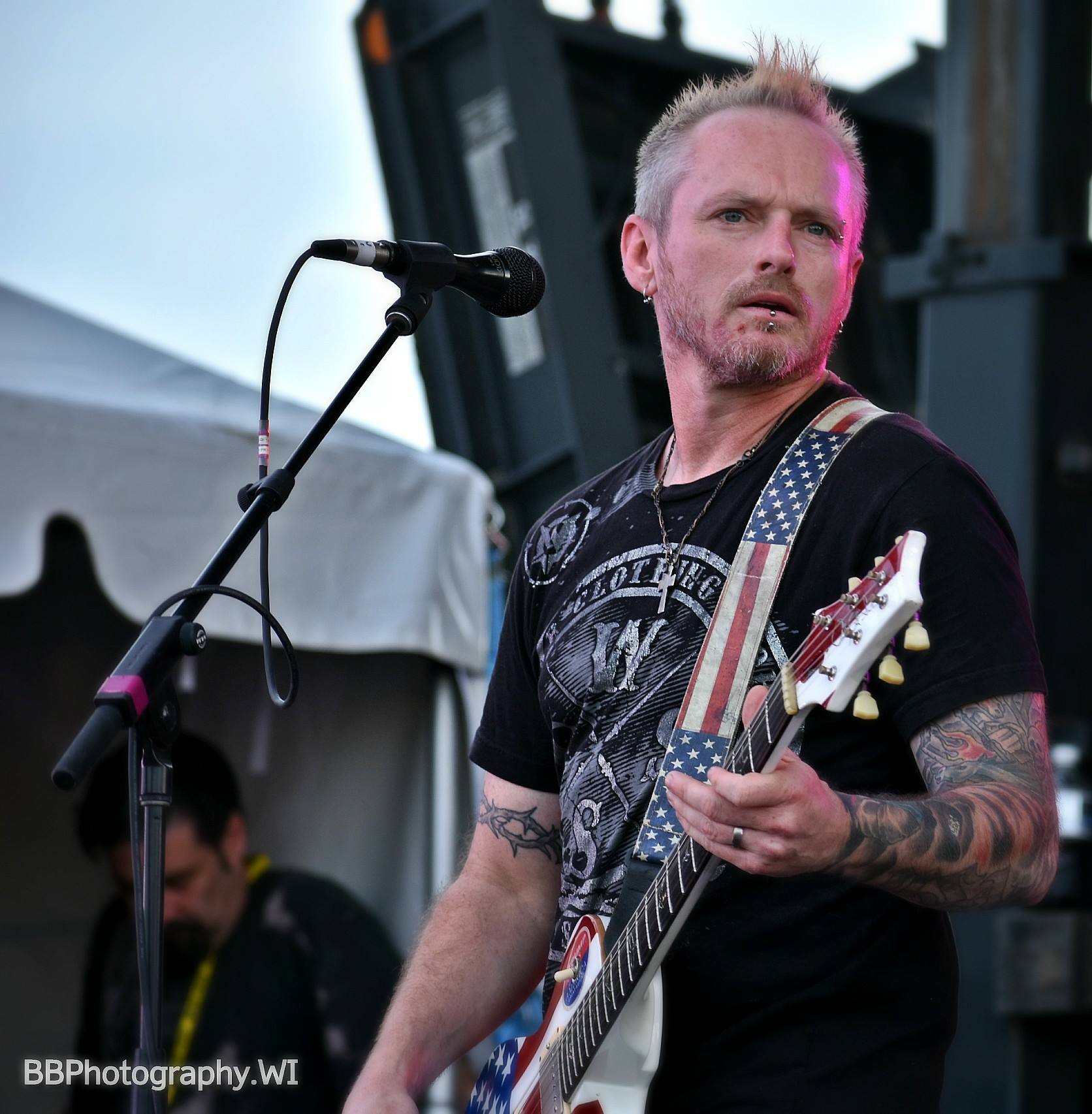 Lead singer Jared Weeks and lead guitarist Jason Null began forming Saving Abel in the small town of Corinth, Mississippi in 2004. Weeks was learning to play the guitar at his best friend’s house and Null, who was in a competing rock band in the same town, walked in to rehearse. Null and Weeks hit it off, and a couple of days later the two were writing songs together. Early in 2005, their songs caught the ear of noted producer Skidd Mills (12 Stones, ZZ Top, Saliva, and Robert Cray), who brought the two into his 747 Studio in Memphis, Tennessee to record some of the songs.

Saving Abel gradually came together with the addition of rhythm guitarist Scott Bartlett, bassist Daniel Dwight, and drummer Blake Dixon. Weeks would throw Saving Abel demo CD's onto the stages of bigger bands that toured through Corinth. Weeks recalled of the time: "I used to work at a hospital. I’d have to be there at 4:30 in the morning drawing blood. I’d wake people up and stick a needle in their arm. I’d be walking around the hospital, singing ‘Addicted’ in my head, writing down the lyrics on patients’ clipboards and doctor script pads."

After shopping the album around for almost a year, and a member change as original bassist Daniel Dwight left the group for Memphis pop/rock band Ingram Hill, they picked up Bassist and long time friend Eric Taylor. With the change of bassist and band members set, the band's hard work and determination led to a copy of the song "Addicted" being heard by former Virgin A&R consultant Rick Smith. He e-mailed the song to the CEO of Virgin Music Company, Jason Flom. Mr. Flom immediately liked what he heard and sent A&R vet Kim Stephens (Collective Soul, Matchbox 20, Edwin McCain) to watch the band perform in Jackson, Tennessee. "Addicted" was released in March 2008 as a single.

Their eponymous major label debut Saving Abel was released on March 11, 2008. The CD featured the lead song "Addicted", which rose to No. 2 on the Billboard Mainstream Rock Songs charts. On January 15, 2009 the CD peaked at No. 49 on the Billboard 200. The album received the certification of Gold in the week of March 16, 2009, because of the lead single. Some controversy surrounded "Addicted" because of the sexual nature of the lyrics, which some radio stations refused to play over the air. However, there was another version of the song that Saving Abel had recorded, changing one of the lines from "going down on me" to "rolling around with me" that radio stations throughout the country would play.

In the summer of 2009, Saving Abel embarked on a tour with Canadian rock band Nickelback during their Dark Horse Tour, along with Hinder and Papa Roach, bringing the band through Live Nation outdoor amphitheaters. In April 2009, the band struck down allegations that there was a rivalry with fellow tour-mates Hinder.

Virgin Music Company released the Saving Abel EP named 18 Days Tour on April 7, 2009. The EP contained an acoustic version of the song "18 Days" along with two new songs. In the latter part of 2009, Saving Abel headlined a U.S. tour with the bands Red, Pop Evil and Taddy Porter in supporting slots.

It was officially announced on February 22, 2010 that Saving Abel would play at the Rocklahoma 2010 Music Festival in Pryor, Oklahoma. Saving Abel also went on to open for rock band Creed, with We Are the Fallen, American Bang, and Taddy Porter playing before them. They also played at several summer music festivals with Filter, Buckcherry, 12 Stones, Drowning Pool, Egypt Central, and Hellyeah.

The band worked on their second studio album Miss America throughout late 2009 and early 2010. During the making of the record, the song "The Sex Is Good" was somehow leaked onto YouTube. The new record, which offered a download-able only acoustic version of the song "The Sex Is Good," was released under Virgin Records on June 8 of 2010. The first single from the CD, Stupid Girl (Only In Hollywood), was released earlier that year on April 8 and hit radio on April 26. The song went to No. 7 on the Mainstream Rock Song chart. "The Sex Is Good" was later issued as the 2nd single, reaching the No. 1 spot on the same chart in January 2011. The third single, which the record was named after, was the track "Miss America."

In 2011, Saving Abel embarked on a tour where they played at the Guantanamo Bay Army Prison, as well as many BBQs, chili cook-offs, motorcycle rallies, and State Fairs. Saving Abel was honored and humbled to perform for the American military in Kuwait (which is where the first gulf war happened in the nineties). Jared Weeks took his vocal talents to try and brighten the day for children at the hospital.

On April 20, 2013, Saving Abel performed in Waterloo, Iowa to raise funds for a community healing project to raise funds for the creation of Angel's Park in Evansdale, Iowa. The park was inspired by Elizabeth Collins, and Lyric Cook. The girls vanished in July 2012, and were found deceased in December. No arrests have been made. The park is to serve as sanctuary to residents of the Cedar Valley, to remember their own Angels.

On May 21, 2013, Saving Abel released information on their website regarding their upcoming EP release, Cracking the Safe, which was set to be released on August 6, 2013. The band's single, "Mystify", has been available for download on their website.

On December 26, 2013, Jared Weeks posted on the band's Facebook that he would be leaving the band to pursue a solo career. Scott Austin, frontman for Trash The Brand, was announced as Weeks' permanent replacement for lead singer. The same day, drummer Michael McManus announced his departure from the band via Twitter. No reason was given, nor did Saving Abel comment on McManus leaving the band.

On November 11, 2014, Saving Abel released their latest album titled "Blood Stained Revolution". Their latest single off the album was released on February 22, 2015, titled "15 Minutes of Fame."

On May 17, 2016 the band announced that they would be taking part in the Make America Rock Again super tour throughout the summer and fall of 2016. The tour featured other bands who had success throughout the 2000's including Trapt, Saliva, Alien Ant Farm, Crazy Town, 12 Stones, Tantric, Drowning Pool, Puddle Of Mudd, P.O.D. and Fuel.

On June 14, 2017 the band announced, via their Official Facebook, Scott Wilson [former Tantric] would be joining and replacing Eric Taylor. At the same time they announced the return of Blake Dixon on Drums, replacing Steven Pulley. 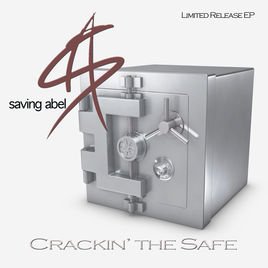 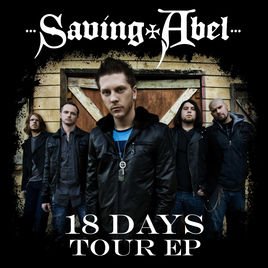 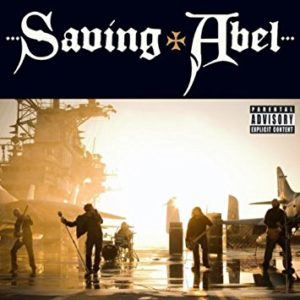 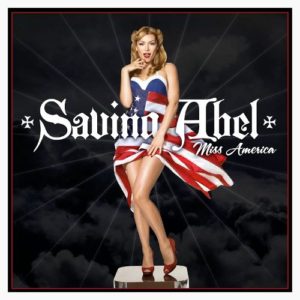 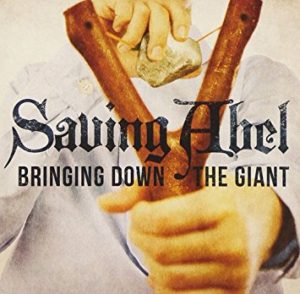 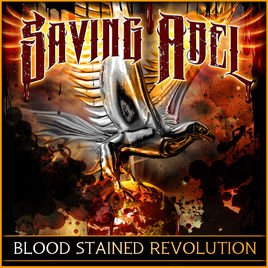 Saving Abel - Bringing Down The Giant

SavingAbelVEVO
We use cookies on our website to give you the most relevant experience by remembering your preferences and repeat visits. By clicking “Accept”, you consent to the use of ALL the cookies.
Cookie settingsACCEPT
Manage consent