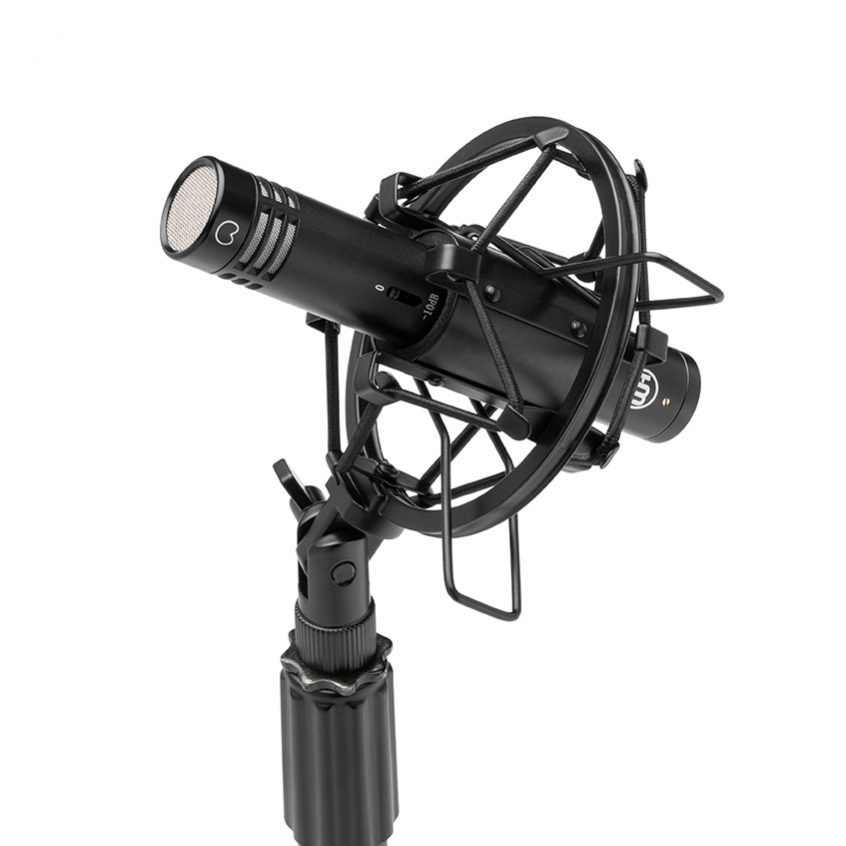 When the vintage gear fans at Warm Audio decided to build a recreation of a classic discontinued small diaphragm condenser to add to their line of large diaphragm FET and tube condenser microphones, the KM-84 was the obvious choice to try to emulate. The result of their efforts is the WA-84 under review here.

What You Need To Know

The Warm Audio WA-84 is a small diaphragm, phantom powered cardioid condenser microphone based on the long-discontinued Neumann KM-84.
The WA-84 is available in two different colors, just like the original mics were – nickel and black. Additionally, the WA-84 is offered in both stereo sets and as a single microphone. I was sent a stereo pair of nickel WA-84s to test and evaluate for this review.
The Warm Audio WA-84 is a small pencil-style condenser mic that measures 131 mm long and 22 mm in diameter (5.16″ x 0.87″), and weighs 122 grams / 4.3 ounces. This makes it basically the same diameter as a vintage ’84, but around 20 mm longer.
The body of the WA-84 looks very similar to the vintage ’84, right down to the very similarly sized and shaped vents behind the removable capsule.
The WA-84 has a -10 dB pad switch on the side of the body. The switch is slightly recessed to prevent accidental activation – you’ll need a small screwdriver, toothpick, or the tip of a pen to move it. The pad comes immediately after the capsule but before the rest of the mic’s electronics, which keeps the signal from the capsule from overloading the input of the onboard amplifier.