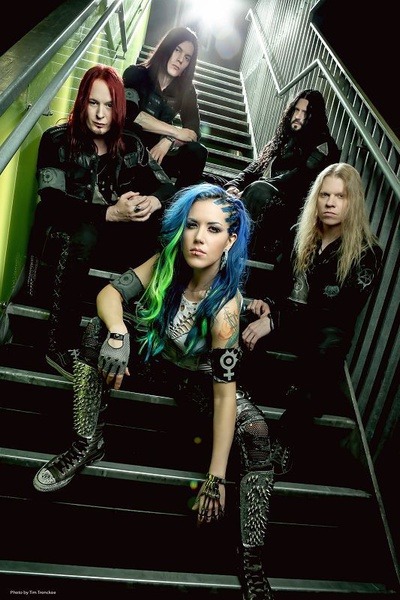 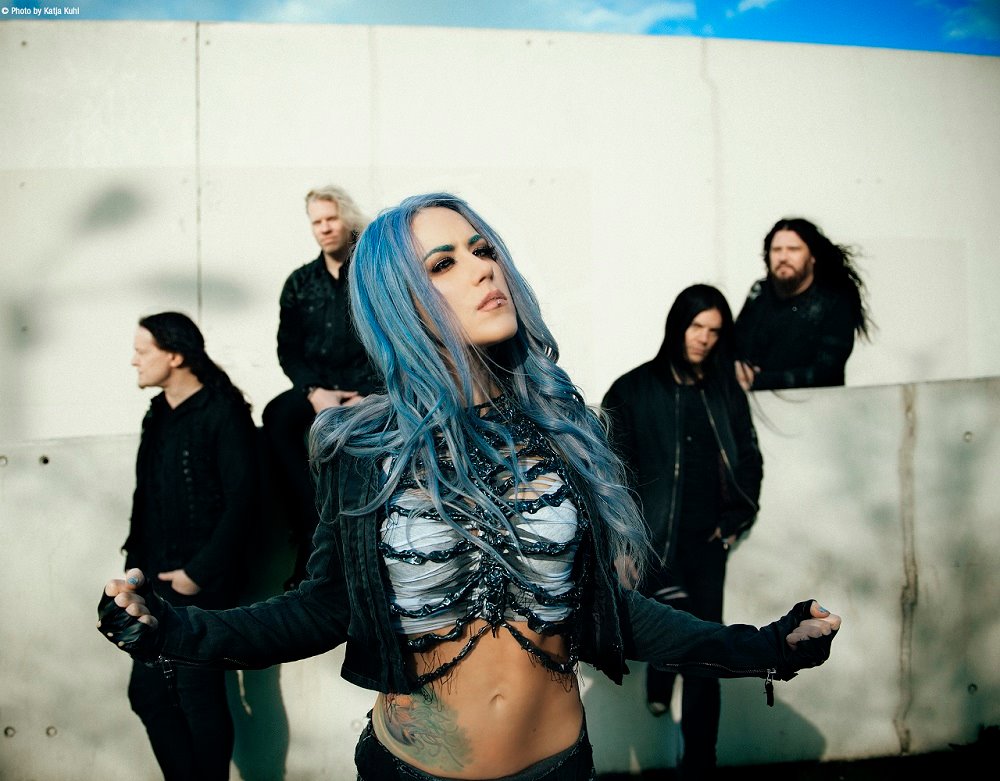 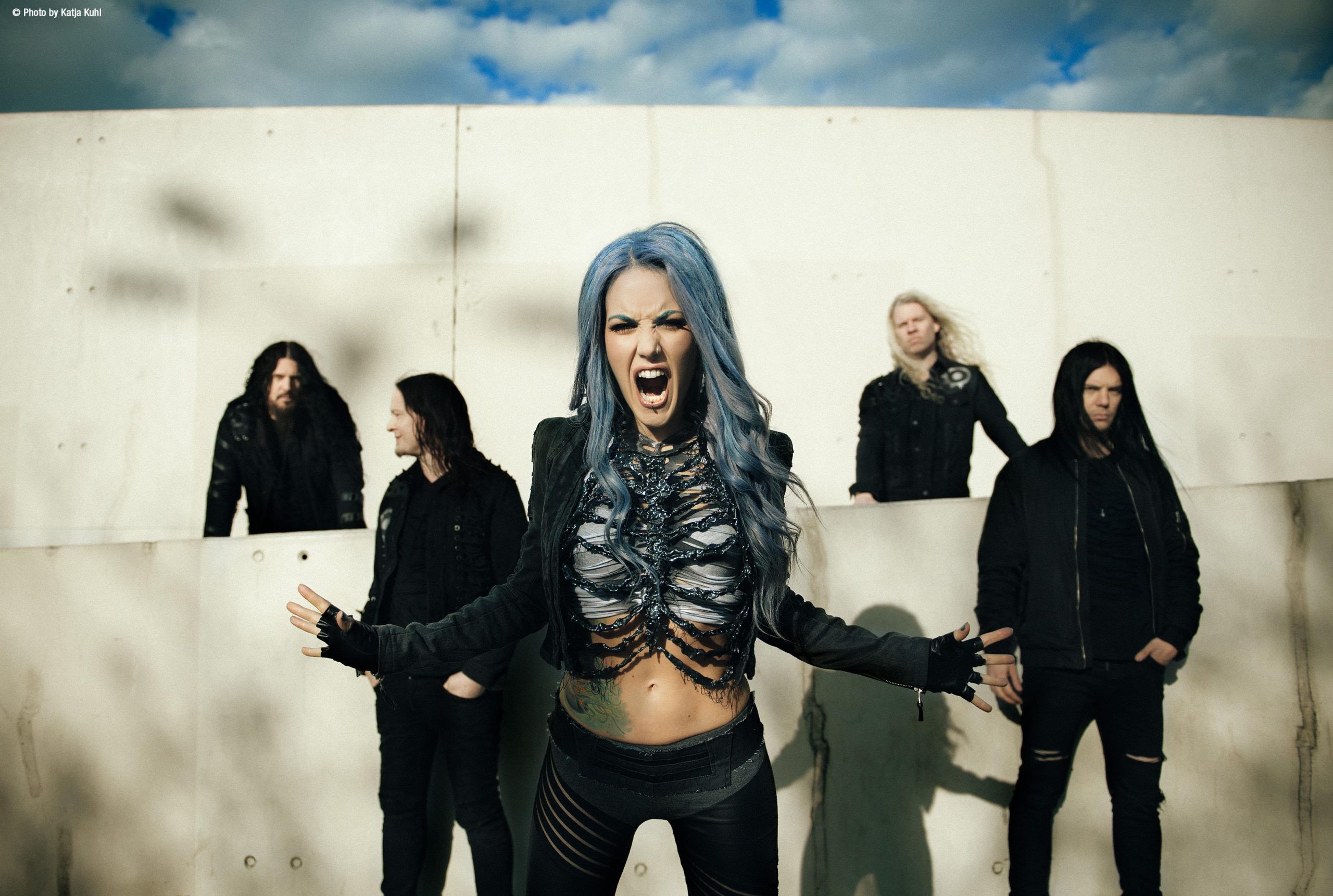 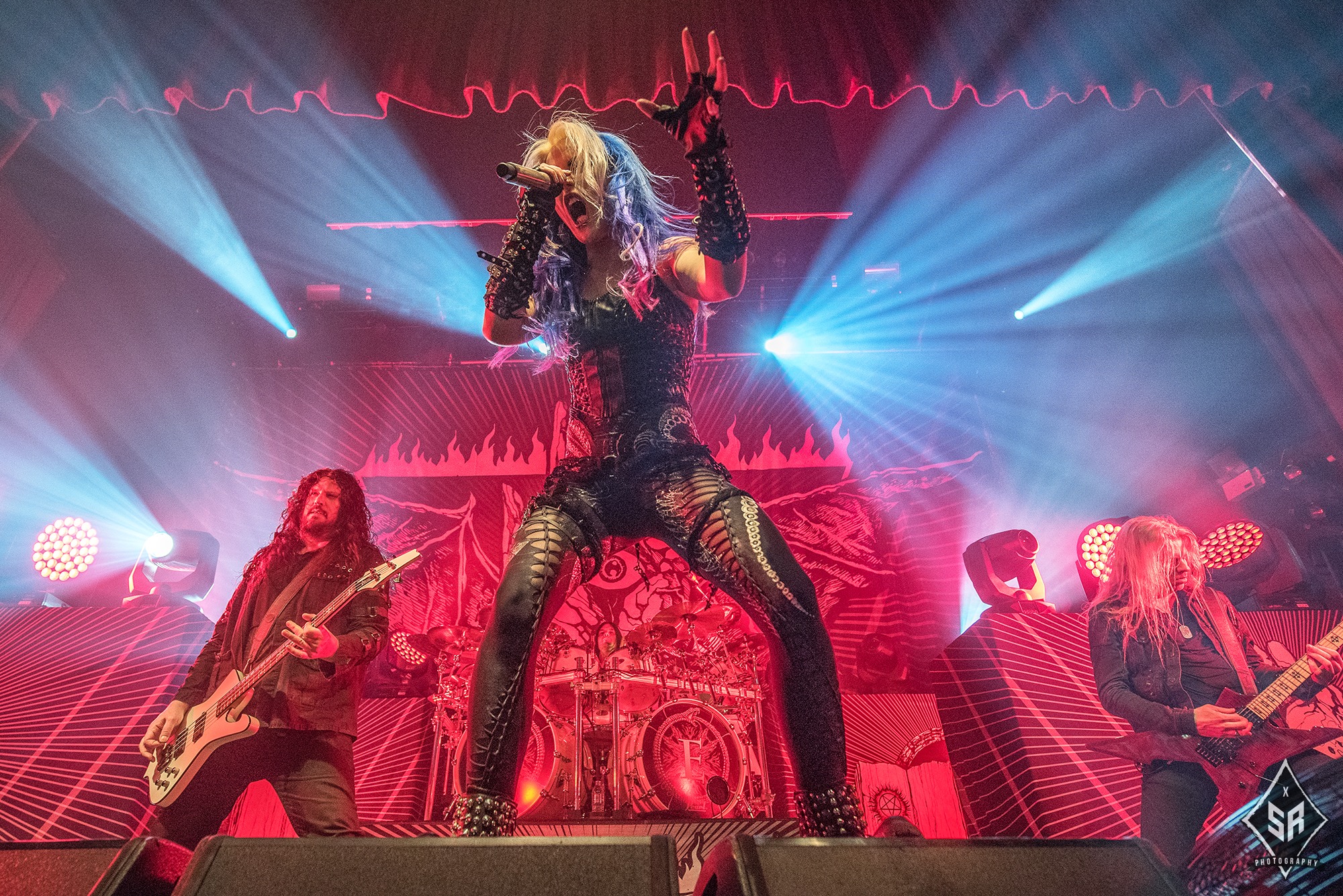 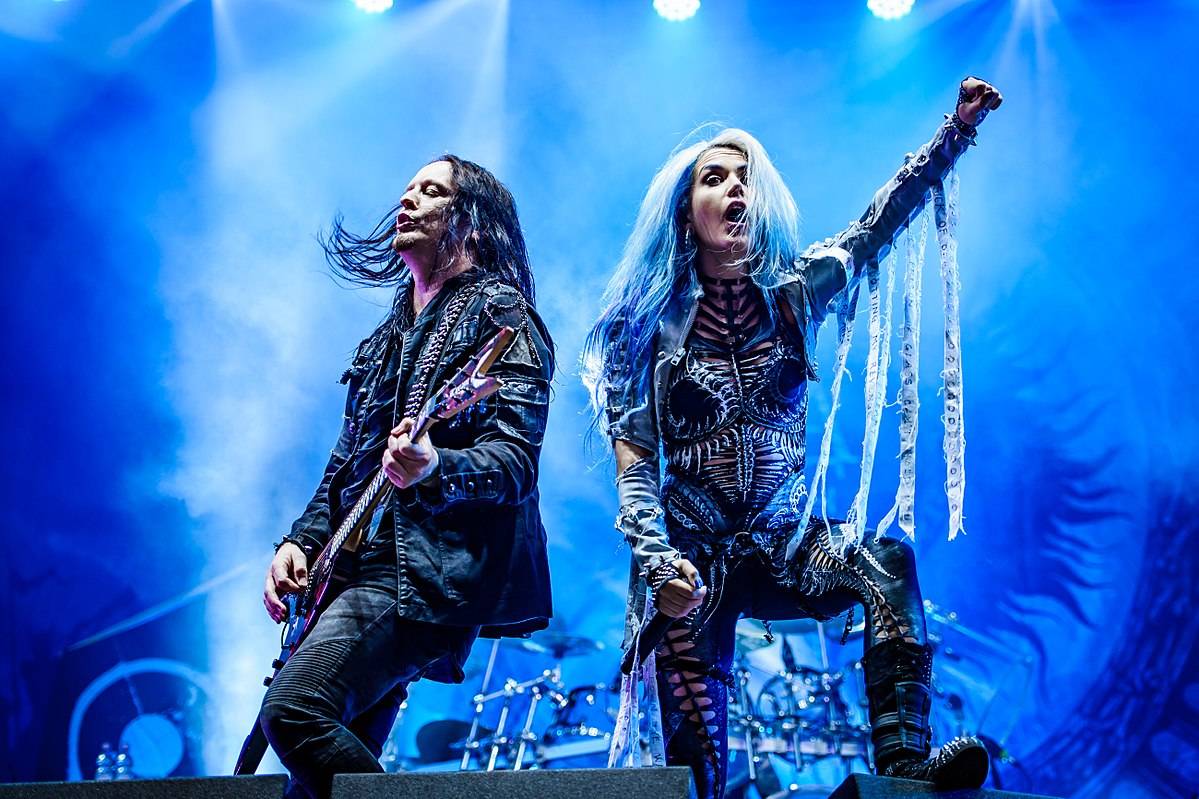 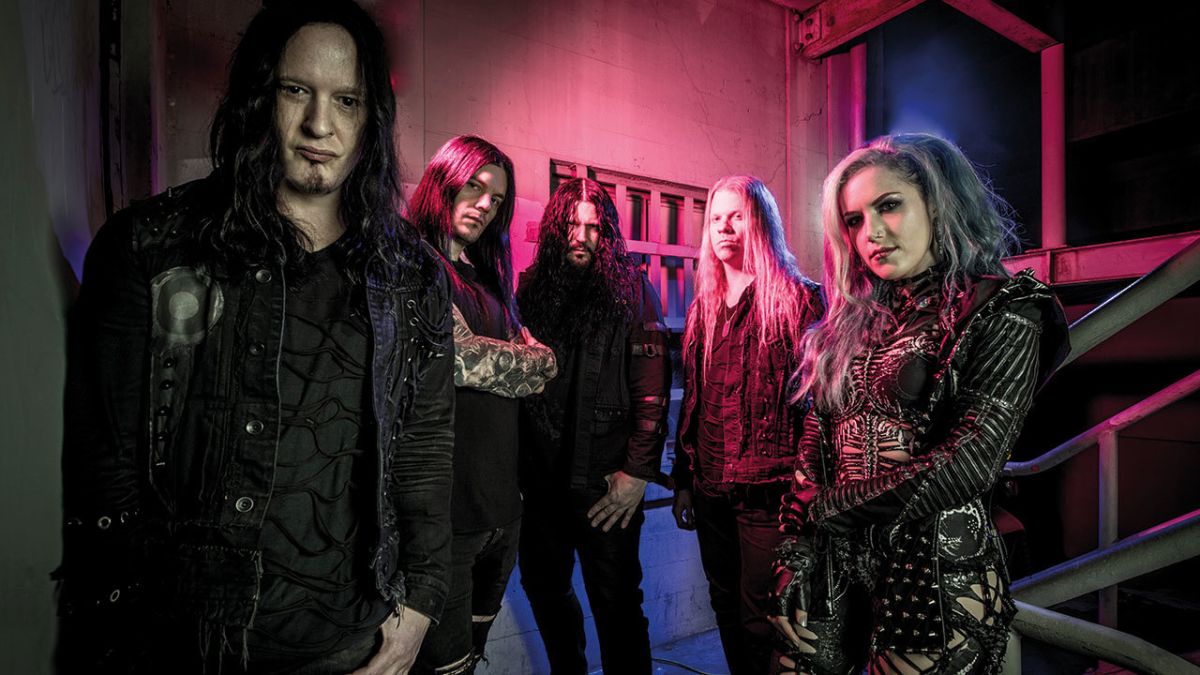 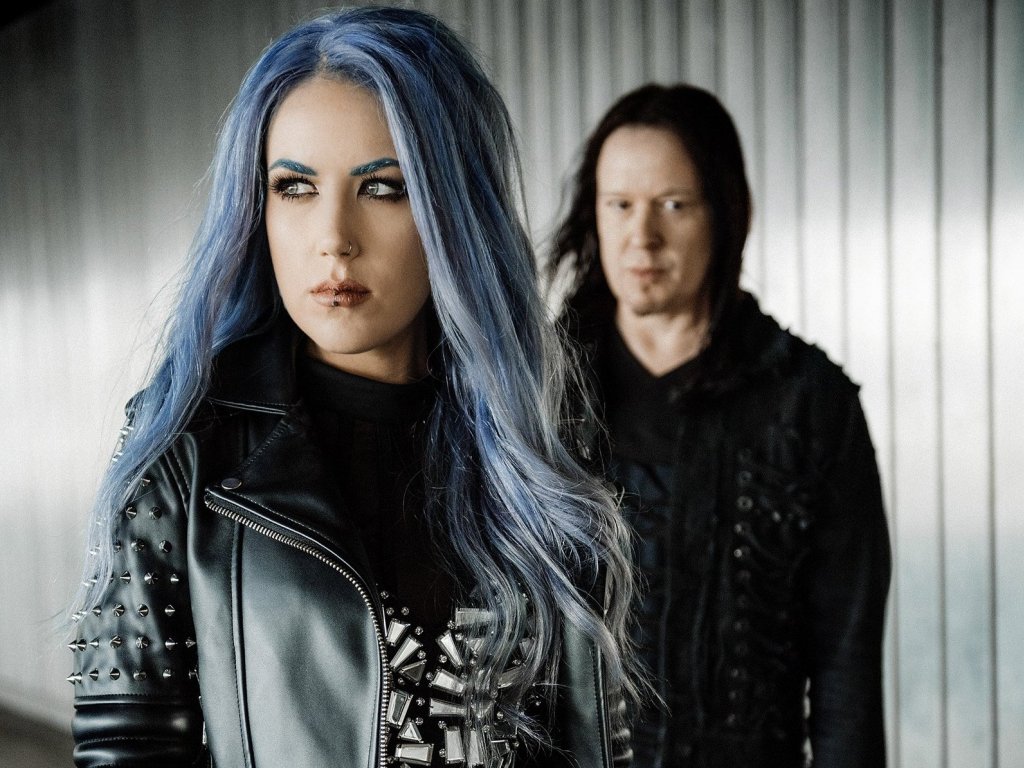 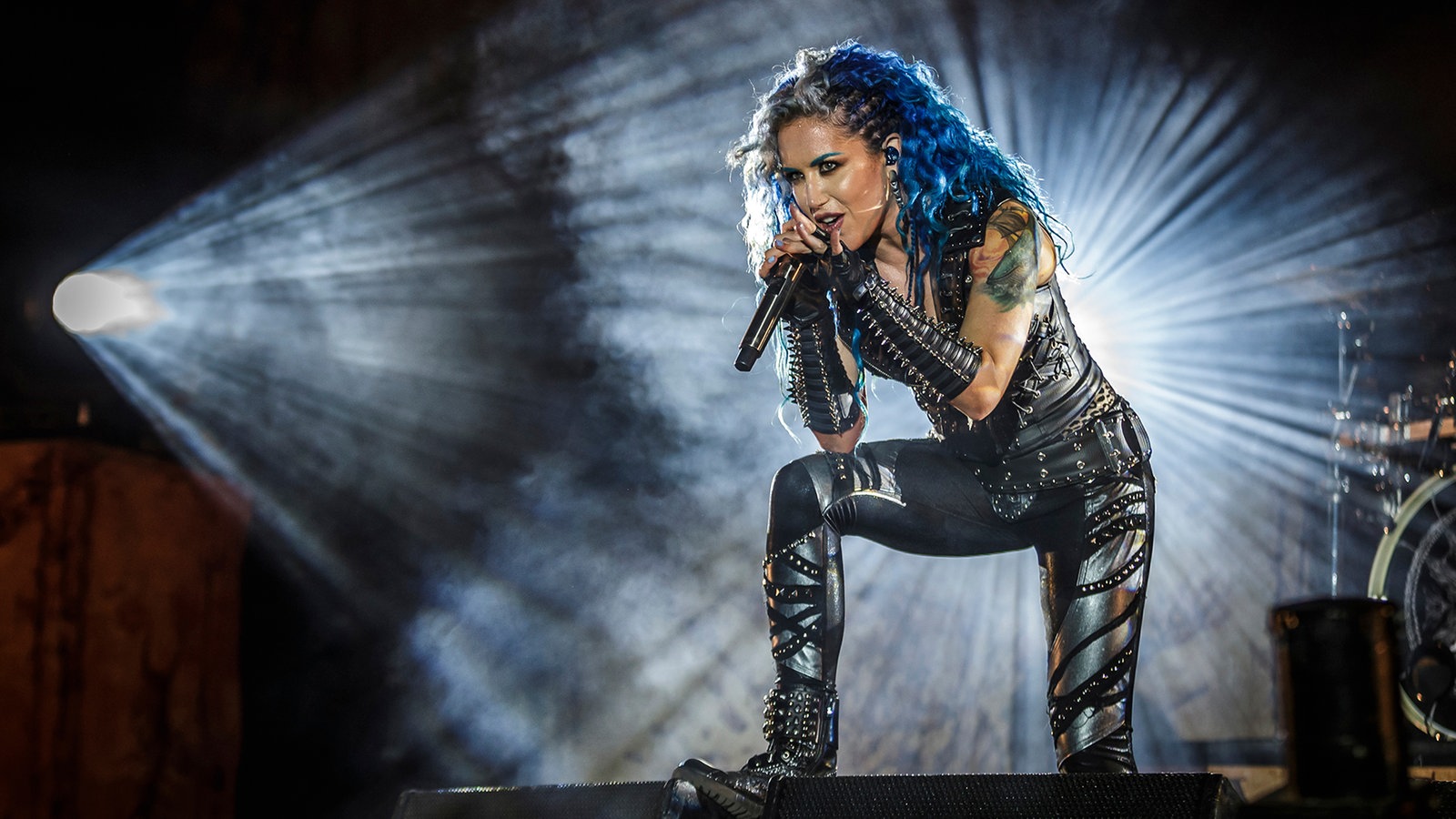 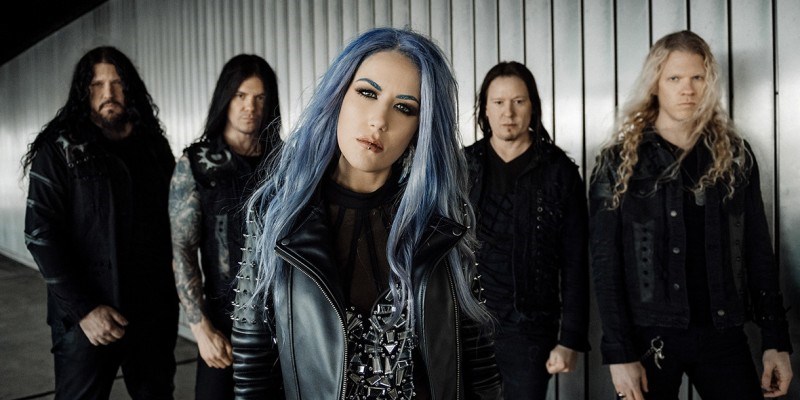 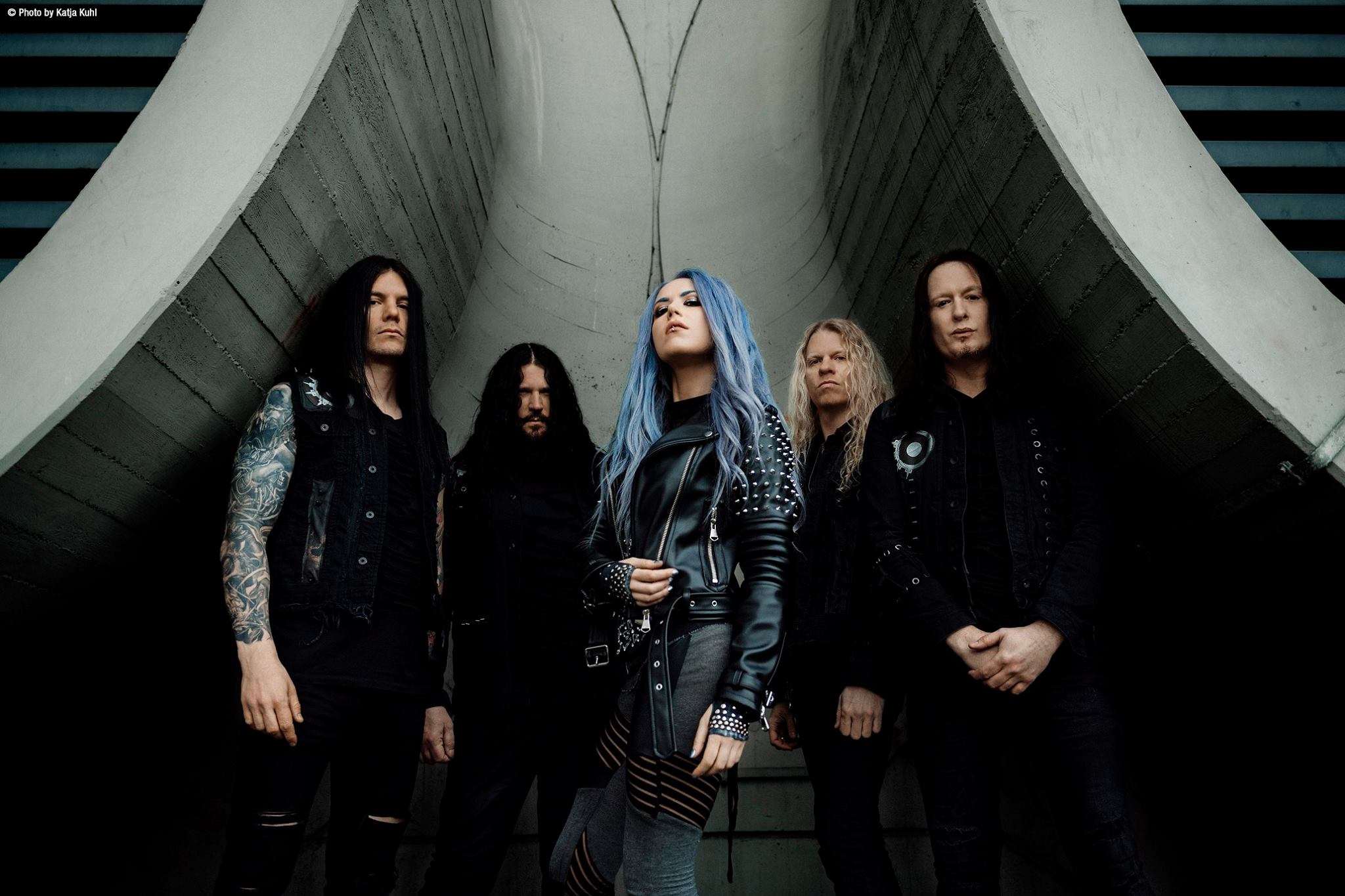 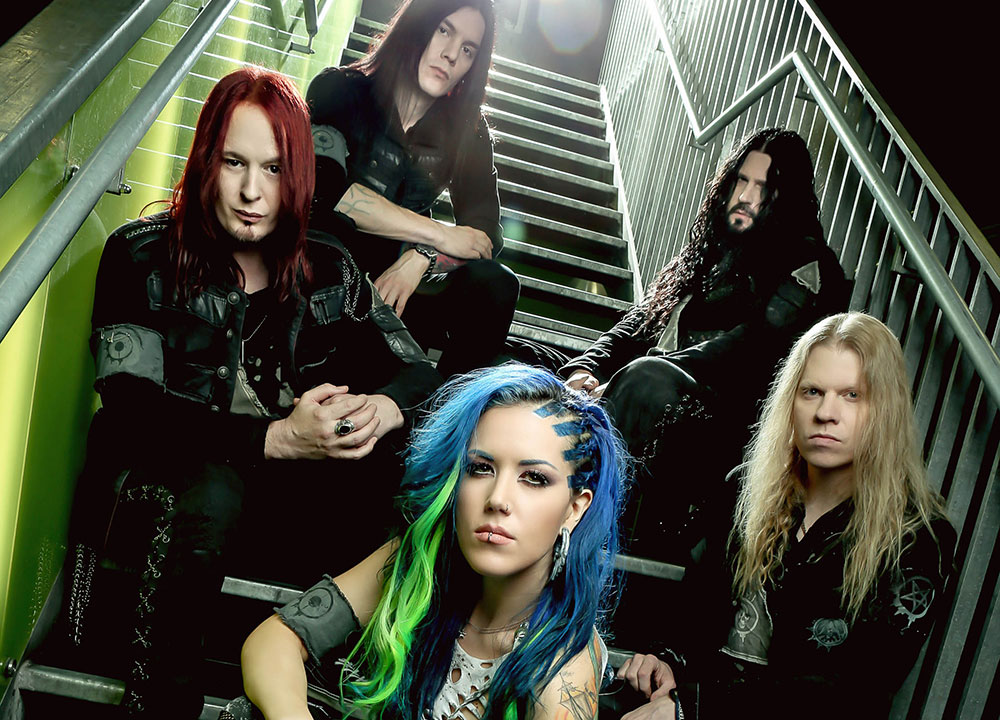 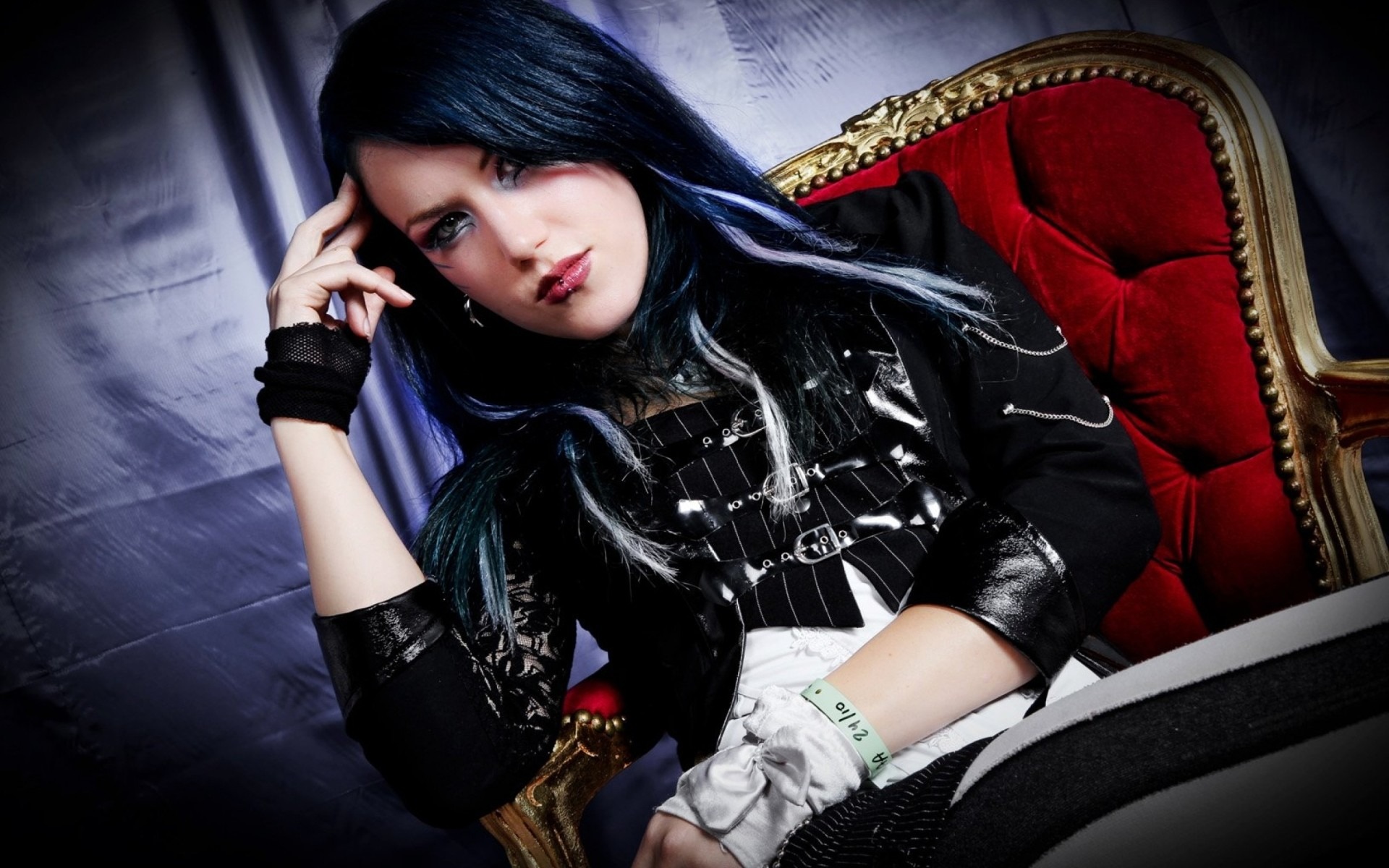 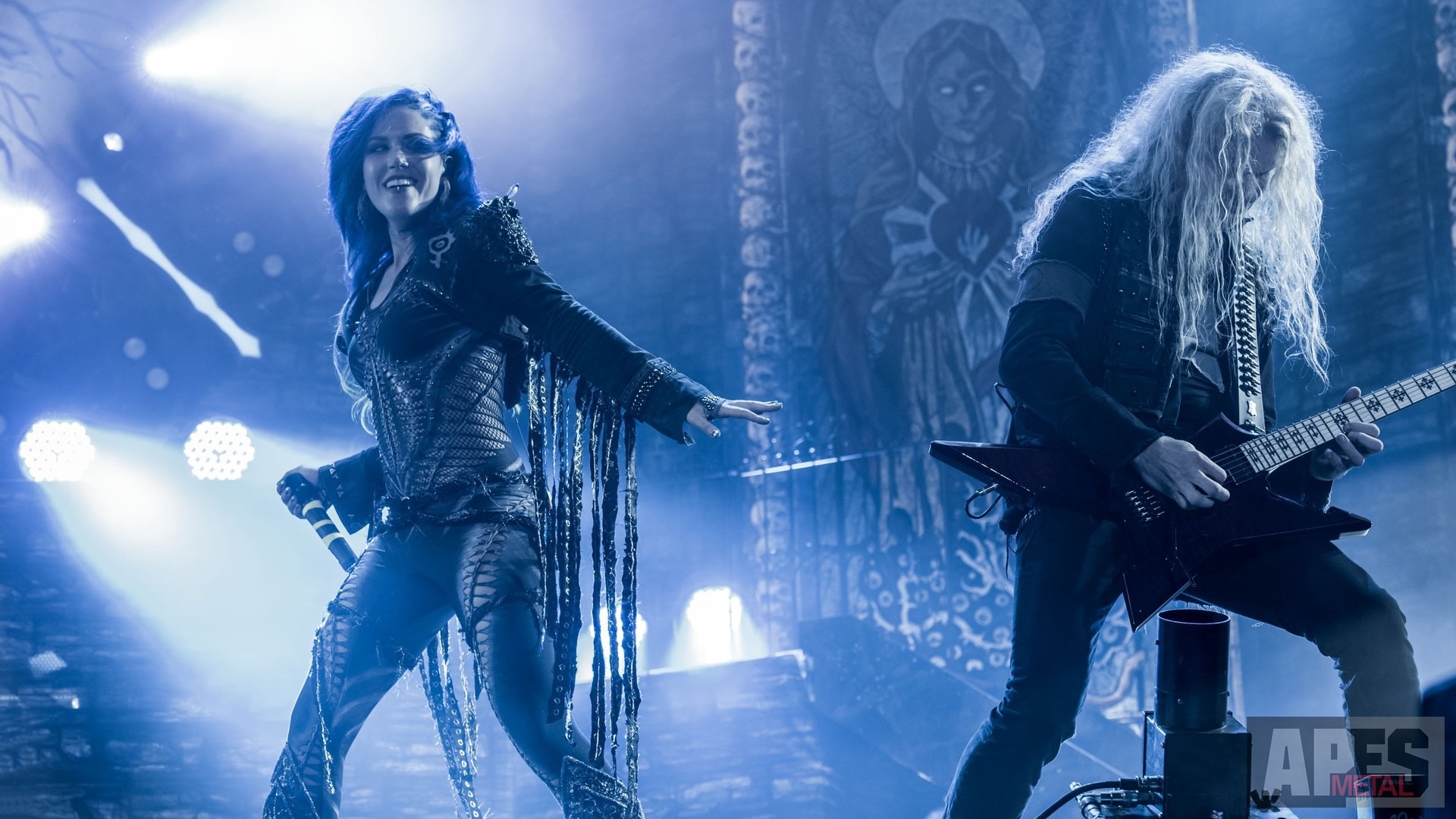 Time passes, the world changes, but some things remain constant and unassailable. Heavy metal has endured for more than four decades because its spirit is eternal, and few bands embody the intensity, integrity and lofty artistic ambitions of the genre with more dazzling aplomb than Arch Enemy. Formed in Sweden in the mid-90s by former Carcass/Carnage guitarist Michael Amott, this most explosive and proficient of modern metal bands have spent the last 20 years propagating an unerring creed of technical excellence, songwriting genius and thunderous, irresistible live performance, accruing a huge global fan base along the way.

When Arch Enemy released their debut album Black Earth in 1996, death metal was stagnating and in desperate need of a kick up the ass. Amott’s blueprint for the purest of metal strains proved an instant underground hit, both in Europe and Japan, and almost single-handedly resurrected death metal as a viable art form with mainstream potential. Signed to Century Media Records for 1998’s sophomore effort Stigmata, Arch Enemy marched purposefully towards a new millennium with a rapidly growing reputation. 1999’s Burning Bridges added to the band’s momentum, their razor-sharp blend of brutality and epic melody becoming more refined with each creative step. But it was in 2001, when original vocalist Johan Liiva stood aside and mercurial frontwoman Angela Gossow stepped in, that Arch Enemy truly took off.

Released in 2001 in Japan and nearly a year later in Europe, Wages Of Sin showcased a revitalised line-up and newfound gift for immortal anthems, Gossow’s feral roar adding many layers of charisma and power to Arch Enemy’s already monstrous sound. Swiftly dedicating themselves to a relentless touring schedule, the band’s upward trajectory continued throughout the first decade of the 21st century, with each successive album enhancing the band’s reputation and bringing legions of new fans to this resolute heavy metal campaign.

Albums like 2003’s vicious Anthems Of Rebellion and 2011’s pitch-black and savage Khaos Legions ensured that Amott and his loyal henchmen – Gossow, drummer Daniel Erlandsson, bassist Sharlee D’Angelo and Michael’s guitarist sibling Christopher - remained firmly at the top of the extreme metal tree: respected veterans at the height of their powers. “Surviving and thriving in the metal scene is not always easy,” Amott admits. “ Contrary to what I've seen a lot of people say, I feel the scene is actually quite trend driven and it's impossible to be at the peak of your popularity all the time. In the past two decades we've seen a lot of trends and bands come and go. What I've always believed to be important is to stay true to yourself and the reasons why you started. Why you love music must always be at the forefront. I'm pretty good at keeping the 15-year-old Michael Amott alive in my heart!” Always focused but impervious to other’s rules and expectations, Arch Enemy evolved once more in 2015 following the departure of Angela Gossow (now the band’s manager).

Replacing one of the most iconic vocalists of the modern age was never going to be easy, but in the shape of Alissa White-Gluz, Arch Enemy found the perfect candidate. Unveiled on the ferocious, anthem-laden triumph of 2014’s War Eternal, Alissa’s powerful identity and extraordinary vocal talents proved a natural and instantly welcomed fit. Further extensive touring cemented the new line-up’s thrilling efficacy, before one final line-up change – the arrival of legendary guitarist Jeff Loomis, formerly of Nevermore – completed the musical puzzle that Amott had been tinkering with for the best part of 20 years.

“Switching singers in 2014 was a big change of course,” Amott agrees. “Alissa brings a lot the band as a singer and a very visually strong performer but also she writes great lyrics and vocal patterns that are very different to mine, which makes for more variation in the Arch Enemy sound. The twin-guitar attack has always been a big part of our sound and now we have Jeff Loomis who's played some face-melting leads on the new album!”

The tenth Arch Enemy album „Will To Power“ was unleashed in September 2017 and broke all records, entering sales charts on top ranks all over the world . At this time Arch Enemy are doing what they do best, hitting the road and taking their latest batch of heroic metal anthems to the people. Achieving longevity is the toughest challenge that faces any band, but Arch Enemy have long since established themselves as a permanent fixture on the global metal scene and as standard bearers for upholding and celebrating of the heavy metal code. Right now, no other band embodies the spirit of the genre with such flair and euphoric zeal. Long may their steel spirit prevail. 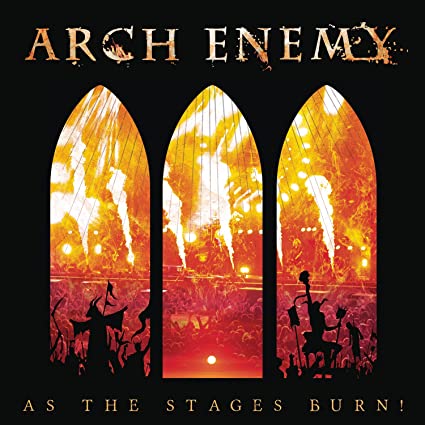 ARCH ENEMY - The World Is Yours (OFFICIAL VIDEO)

ARCH ENEMY - You Will Know My Name (OFFICIAL VIDEO)

Century Media Records
We use cookies on our website to give you the most relevant experience by remembering your preferences and repeat visits. By clicking “Accept”, you consent to the use of ALL the cookies.
Cookie settingsACCEPT
Manage consent