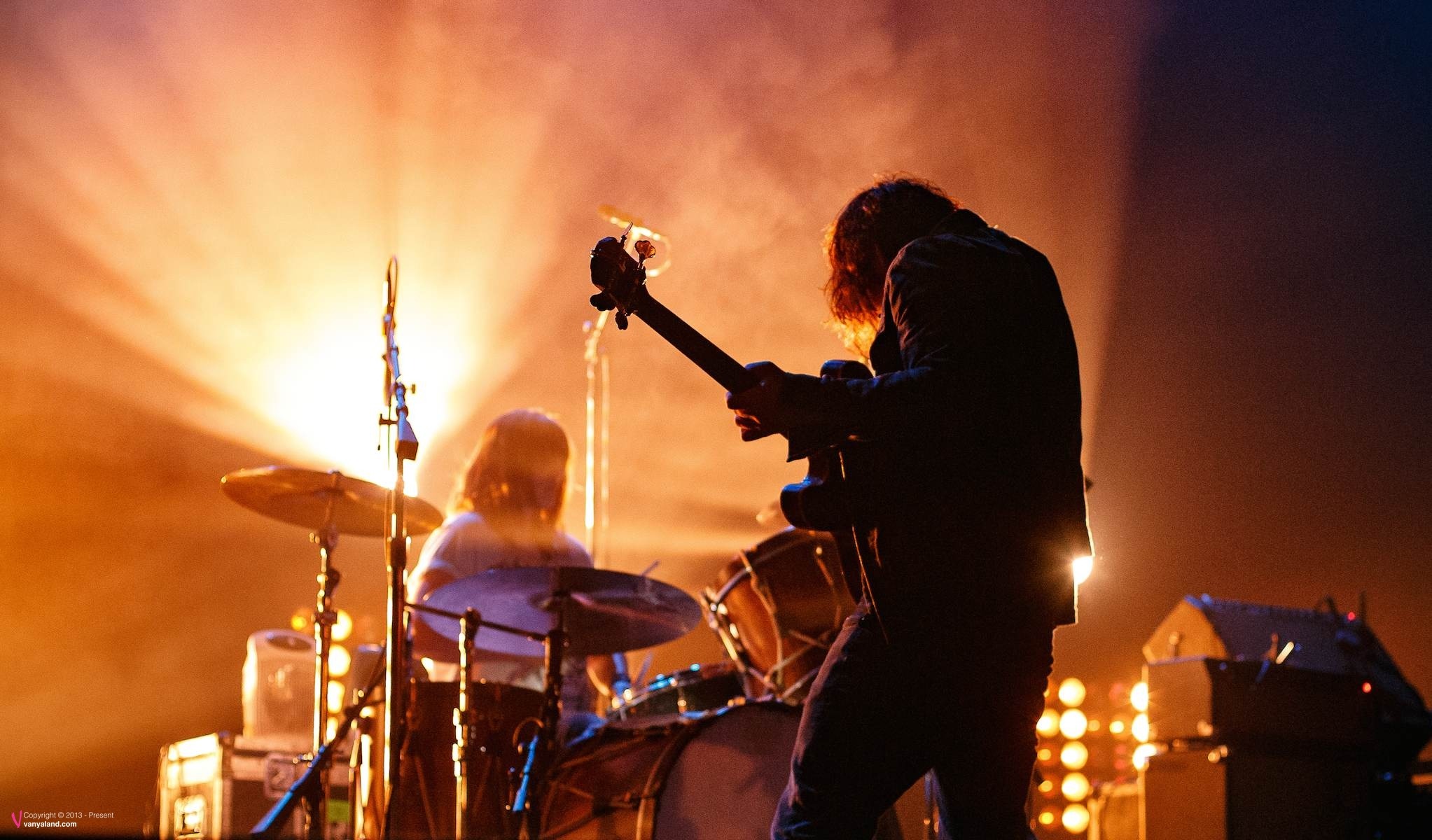 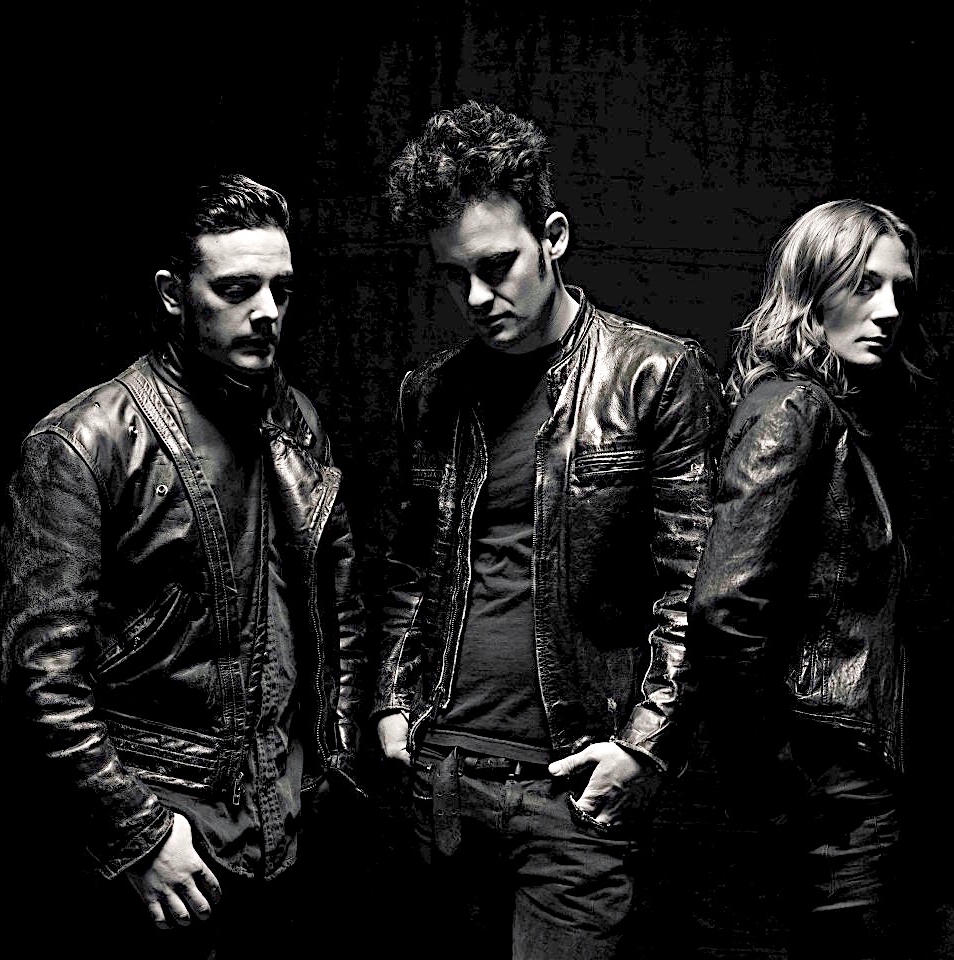 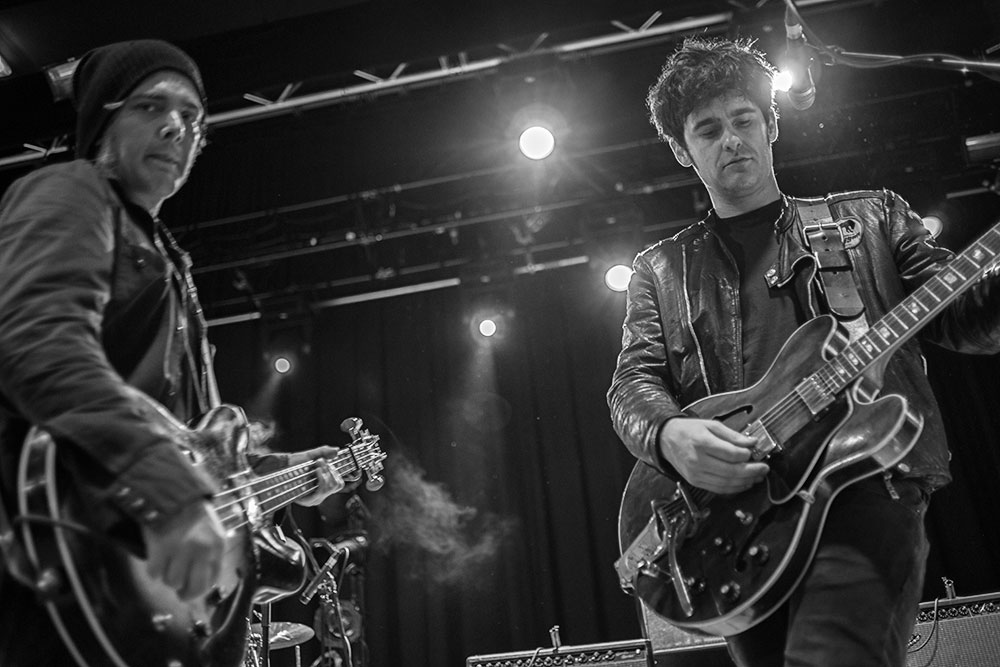 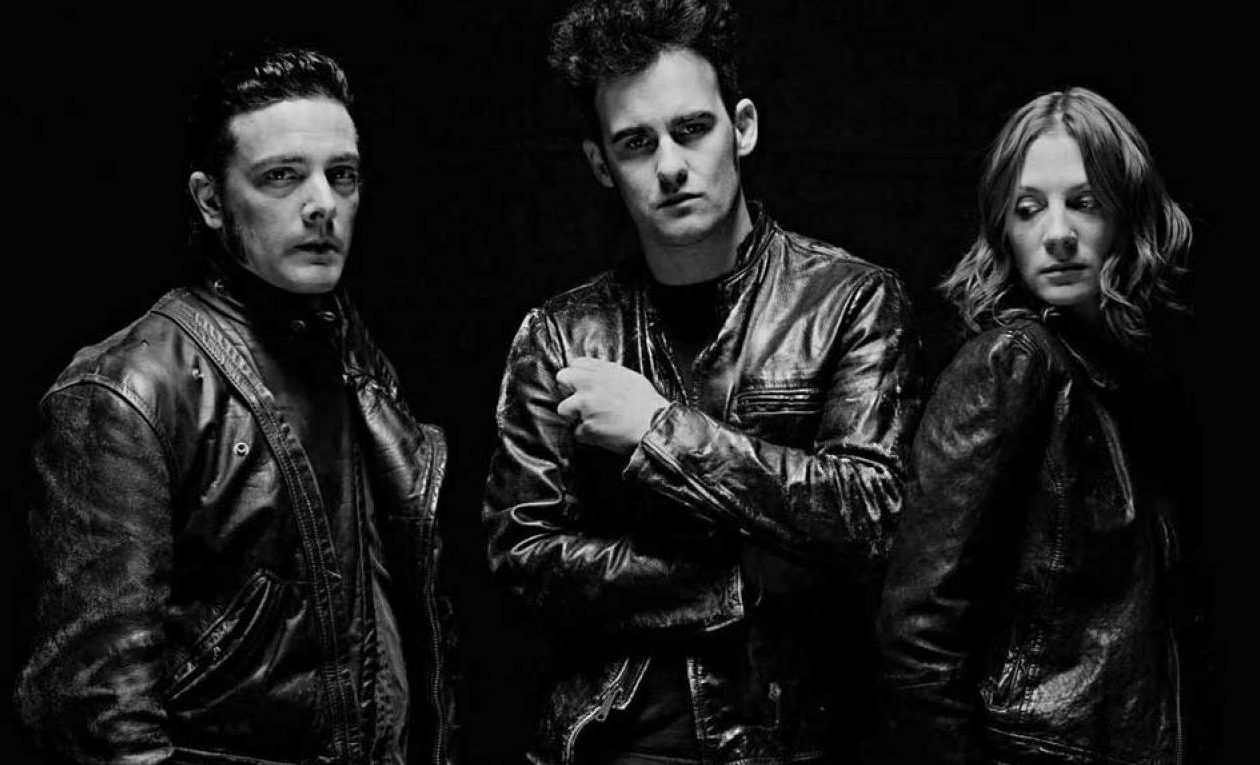 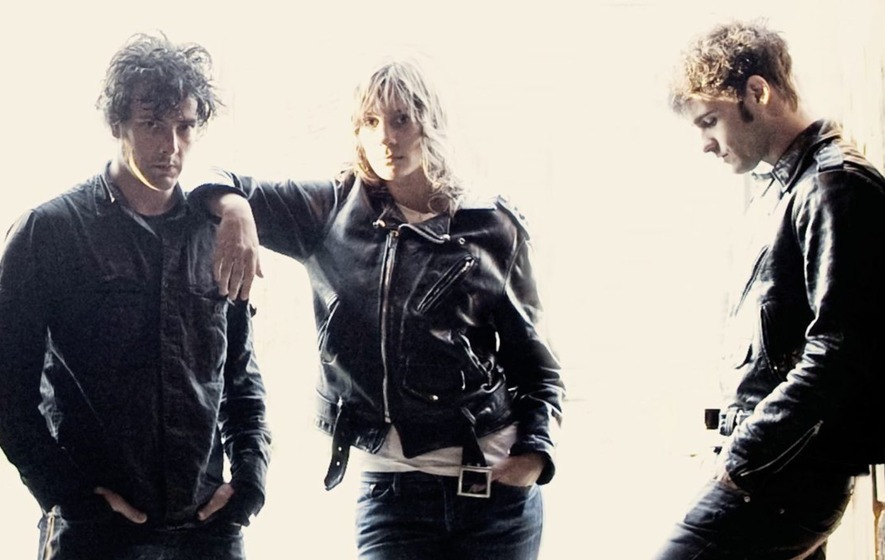 For a select few, rock’n’roll is a life sentence. It’s in every muscle in your body, it’s in every thought you have, it’s written all over your face. When you arrive at Black Rebel Motorcycle Club’s headquarters in East Hollywood, you know you’re sidling up to the home of some of rock’s most primal prisoners. In the driveway there are motorcycles. In the living room there is gear splayed everywhere; random bits of drum kits, a pedal steel guitar, stacks of vinyl. Answering the door is a bleary-eyed, chain-smoking Peter Hayes (guitar, vocals) and his co-habiting bandmate Leah Shapiro (drums). In walks bassist Robert Levon Been too, Hayes’ BRMC co-founder, dark shades on, an even darker all-black ensemble. As a trio, they seem forever unsettled, even in the safety of each other’s companies. They take time over answers, seeking for perfect responses. It’s the same approach they have to rock’n’roll. If the end result is not flawless, they’re not interested.

In this house is where they’re currently putting the finishing touches on their forthcoming eighth album, the follow-up to 2013’s ‘Specter At The Feast’. Titled ‘Wrong Creatures’, it began in the summer of 2015. Shapiro was six months clear of a brain surgery. The trio had come off a tour and began to sketching out new songs in their private lockout space appropriately nicknamed ‘The Bunker’ in North Hollywood they arranged and sketched out basic ideas on guitar, bass and drums. “Just mumble tracks, inside big walls of noise” explains Hayes, lyrics would often morph out the sounds later.

For Hayes, in particular, this record proved to be one of the more tumultuous given the length of time it’s taken from start to finish. “This one’s been so long I have come around the other side,” he admits. “I’ve gone from hating it to enjoying it.” A hesitant sense of pride is shared among them. On a good day, BRMC remains a democracy. Their lifestyle is anti-establishment, and it’s reflected in their approach to being a band, too. There is no chief lyricist, for instance. That makes for a delicate balancing of egos. “We’ve always been anti frontman,” reasons Hayes.

Sharing the load, however, doesn’t necessarily make the task at hand any easier. The longer BRMC exist, the deeper they have to search to mine the gold dust. The difference between them and your typical band is that they work themselves into the ground to get there. “Every record gets a little harder figuring out what to say, trying not to repeat yourself,” admits Hayes. The reason for their cantankerous relationship with critics is a result of being their own harshest judges. “We beat the shit out of ourselves trying to come up with something meaningful. So when someone else beats the crap out of it we’re like, ‘Yeah that’s fair.’”

Back to ‘Wrong Creatures’ though… Once the trio had enough “mumble” tracks to get going, they’d move into their LA studio to record properly. Where most of this album could be described as an Angeleno affair, some of the songs are older. ‘Spook’, for instance came from writing sessions in Santa Cruz and was recorded out in Joshua Tree. ‘Bandung Hum’ was started in Indonesia on tour. Writing on the road, however, is never the most optimum place. It was back home where they toiled and drove themselves to breaking point. Producer Nick Launay came in to assist. Famed for his work with Yeah Yeah Yeahs, Arcade Fire and most significantly here Nick Cave & The Bad Seeds, Launay became a fundamental part of the BRMC machine, providing the band a sounding board.

Recorded in Los Angeles over the past few years, the bands taken many unlikely twists and turns, yet always remaining focused on the music and returning again to edge of the stage. “It’s a crazy making machine, it can chew you up as fast as it spits you out. A few years back we literally toured till the wheels came off and Leah’s brain literally started leaking out of her head” say’s Been. “It catches up with you, i know i’ve battled on and off with my own depression, and Pete’s head never came with any proper instructions. So you just gotta keep pushing buttons to see what happens.”

The title of the album was taken from a lyrical passage in ‘Little Thing Gone Wild’ “Lord you hear me loud into my soul speaker, why won’t you let me out, you’ve got the wrong creature’. “There was this reoccurring theme of being locked away in yourself, always scratching and clawing your way out’. say’s Been, ‘I guess the idea was that maybe we’re not all these precious divine beings, as much as we want to believe we’re cut from some sort of better cloth, the truth is we usually just wind up like all the other pigs rolling around in our own shit, fighting over a few truffles”.

Provocation aside, ‘Wrong Creatures’ returns to the core of BRMC’s alchemy, while also plunging the knife in even further. From the Cave-esque murder balladry of “Haunt” to the garage punk of “Little Thing Gone Wild,” it runs the gamut allowing the band to flex every muscle in their armor. They remain opaque about the songs’ greater meanings, fearful of past misunderstandings. “I find myself writing about death a lot,” says Hayes. “I find myself having a discussion with death, which sounds dark. For me, it’s dark humor.” Talking about mortality allows Hayes to explore life’s great mistakes and regrets. Channeling them through rolling riffs and dirge-laden rhythms that stir the pot before reaching boiling point.

Ultimately, the band may well be survivors of an era where rock’n’roll can often be overshadowed by dance pop, and garish commercialism. Robert Levon Been; “We are truly an island – come hell or high water, so it’s usually best to dress accordingly. Though i’m not sure what the proper attire is when drowning in fire. But leather usually goes with everything.” 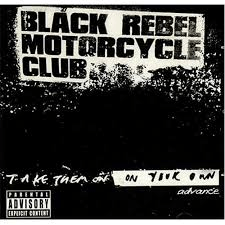 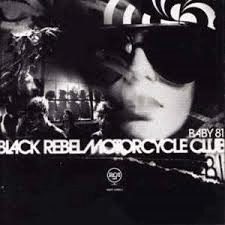 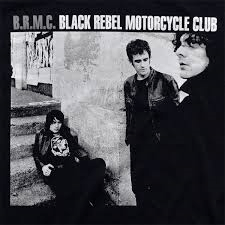 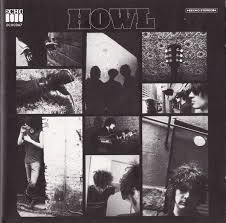 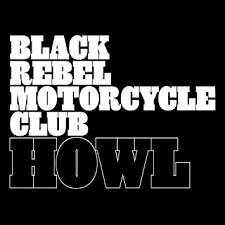 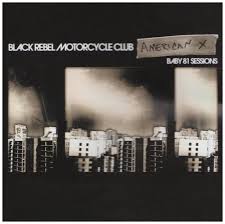 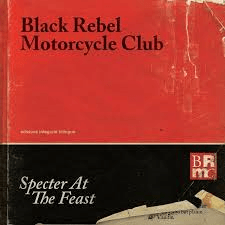 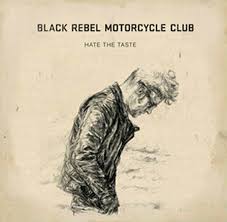 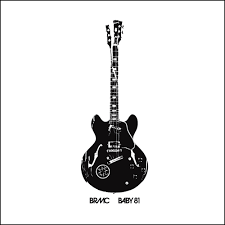 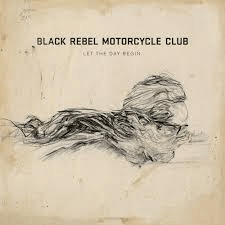 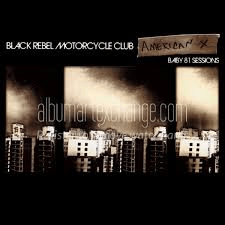 BlackRebelMCVEVO
We use cookies on our website to give you the most relevant experience by remembering your preferences and repeat visits. By clicking “Accept”, you consent to the use of ALL the cookies.
Cookie settingsACCEPT
Manage consent