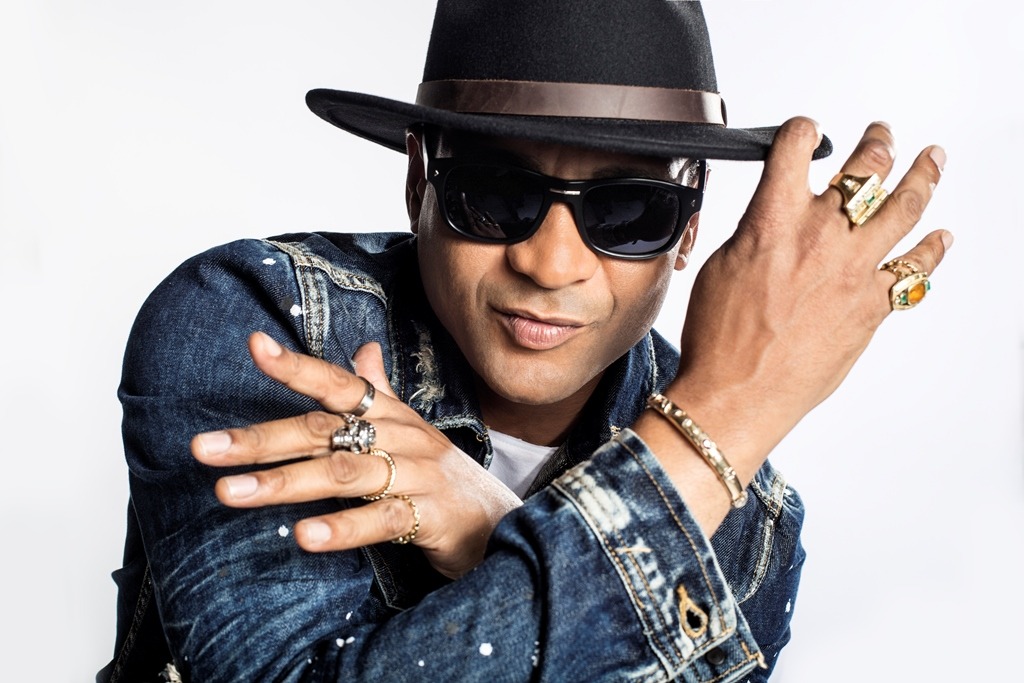 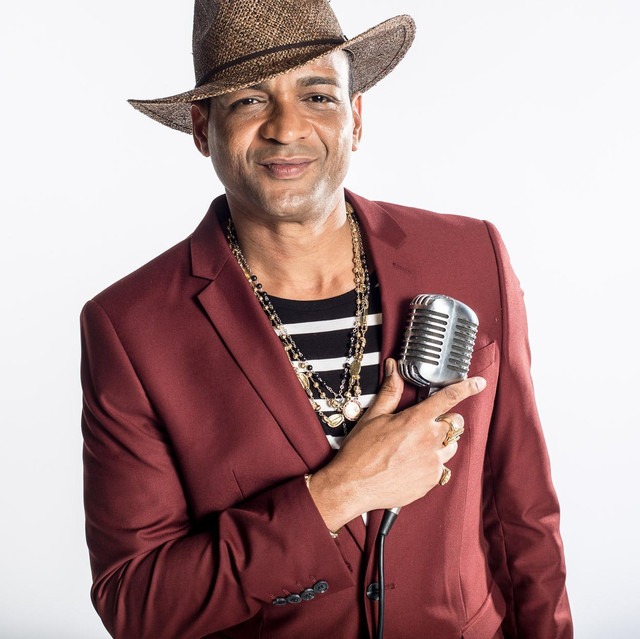 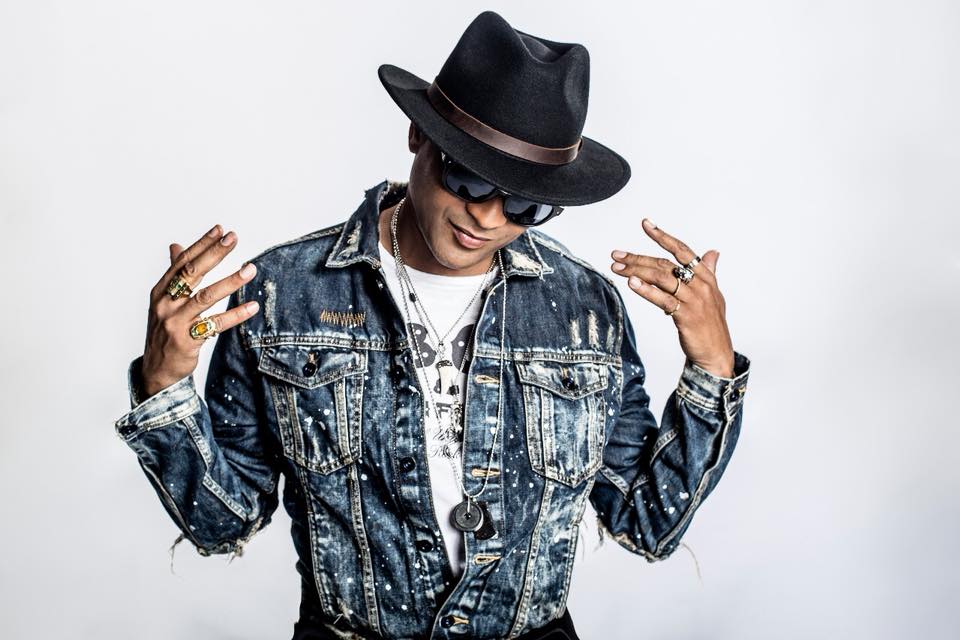 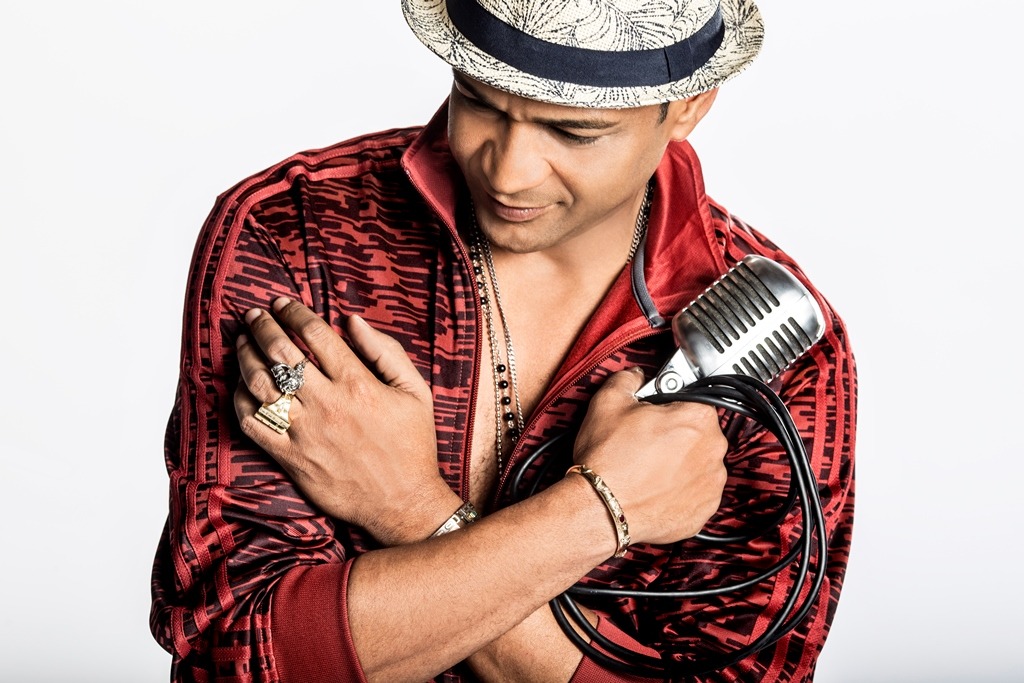 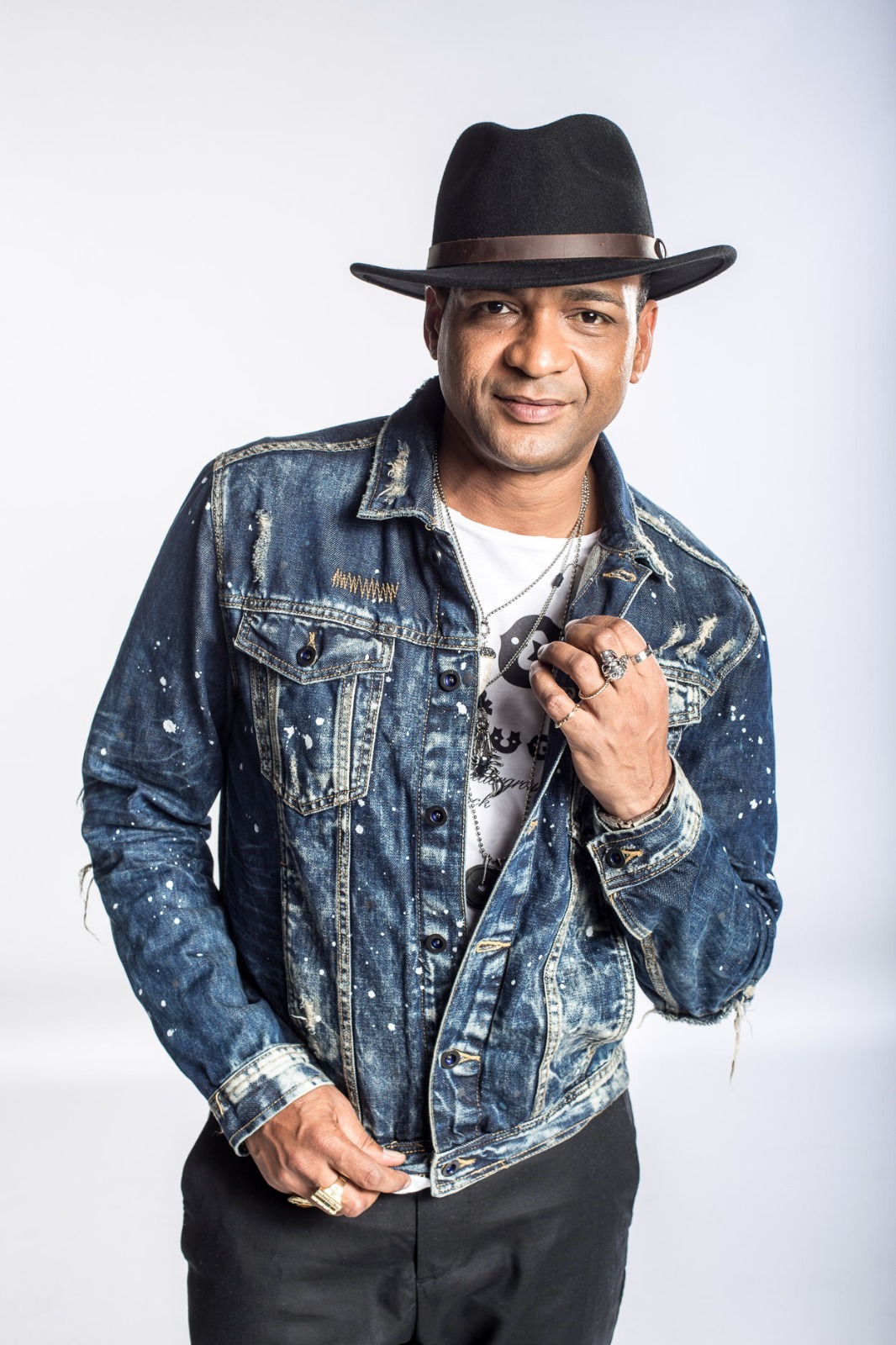 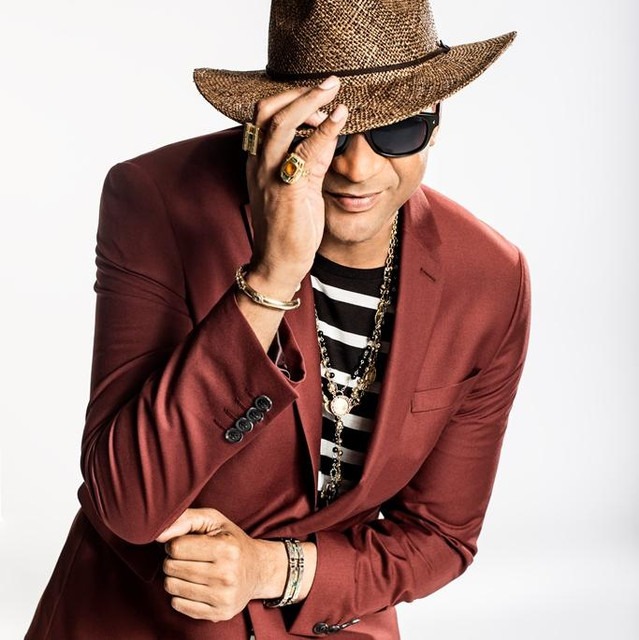 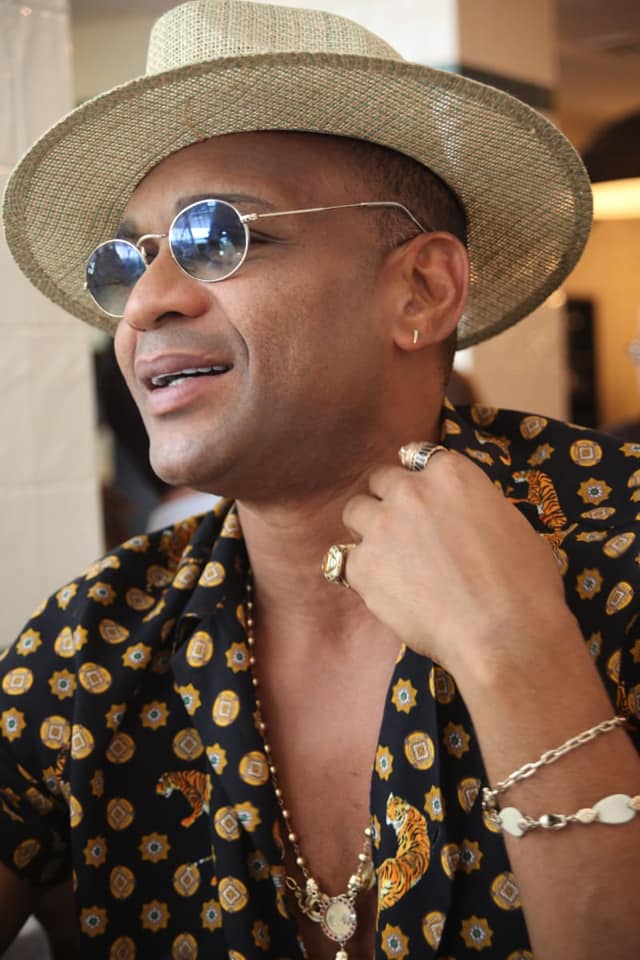 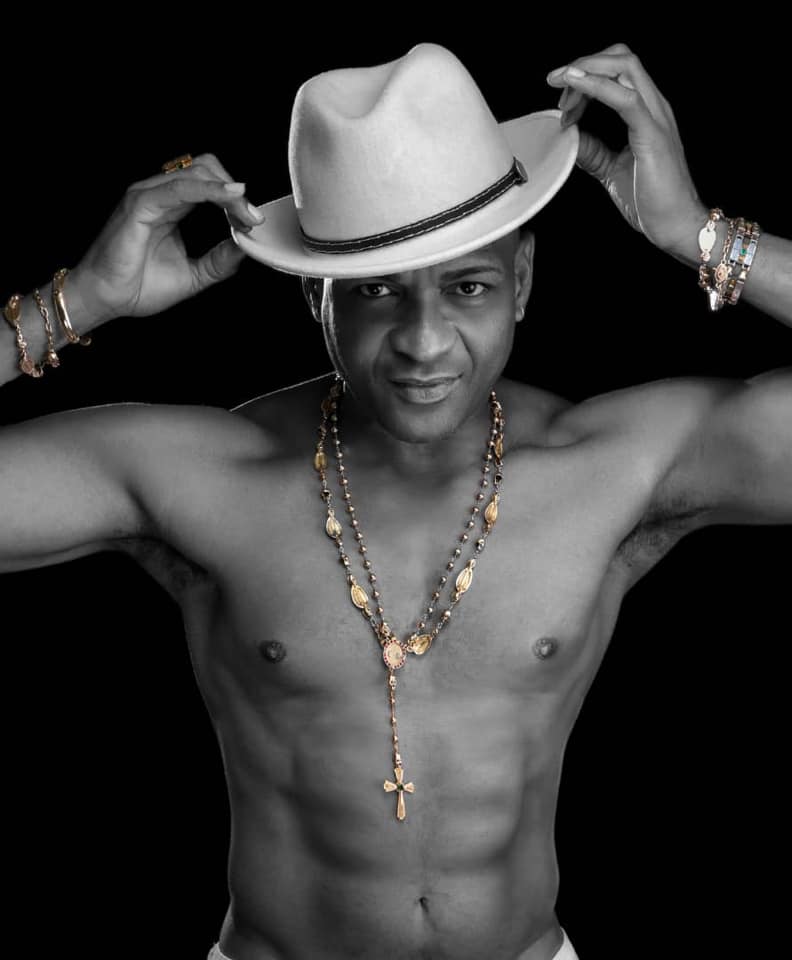 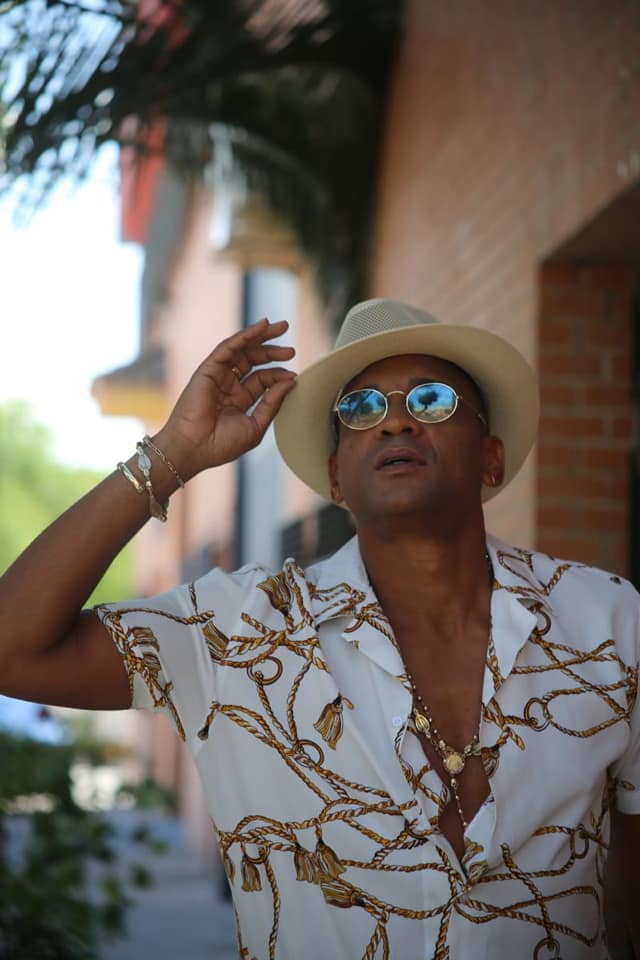 Singer-songwriter, musician and producer are words often used to describe this genius of contemporary music; considered, without a doubt, one of Cuba’s best exports in music in the last two decades.

Descemer Bueno studied classical guitar in the Manuel Saumell and Amadeo Roldan music conservatories in Cuba, where he graduated as a concertmaster. His first performances as a professional were alongside singer-songwriter Santiago Feliu, and it was while being part of Feliu’s band that Bueno composed his first songs. In the 90s he was part of the renowned jazz group “Estados de Ánimo.” During this decade, he also lived in California, where he was a Music Professor at the University of Stanford,  and later in South Africa, where he taught Music at the University of Cape Town.

At the end of the 90s, he took on a new project when he founded the hip-hop group “Yerba Buena”. It was during this time that he obtained his first nomination to a Latin Grammy award in 2005 with the group’s debut album, “President Alien.”  His songs were used in Pepsi ad campaigns and served as soundtracks for various US films.

Later on, that same year, Descemer released his first Solo álbum “Descemer Siete Rayo” -- titled after his new band, “Siete Rayo”-- was recorded under his label at the time, Universal Latino. The album combined Cuban rhythms; cha-cha-chá, timba and changüí mixed with Caribbean sounds like Reggae, Calipso and Reggaetón.

After many years living abroad, Descemer returned to Cuba eager to continue his musical career. Upon his return, he met with new young talent in the island, with whom he got together to write and produce.  It was during this time that he wrote the soundtrack for the renowned Cuban movie “Havana Blues” which won him a Premio Goya in Spain in 2006, as Best Original Soundtrack.

He was responsible for the success of the soundtracks for movies such as “Dirty Dancing 2”: HavanaNights” (1987), “Cheaper by the Dozen”(2003) “Chasing Papi” (2003), among others. In addition, he was the Music Director for various films such as “7 Days in Havana” (2011), etc. He also collaborated for the soundtracks of primetime TV hits such as E.R and The O.C. as well as top Televisa Mexican soap operas.

His work has been recognized in his homeland, Cuba, where he has collaborated with big names in the world music scene; among them:  Omara Portuondo, Gente de Zona, Carlos Varela, Kelvis Ochoa, Buena Fe, Baby Lorens, El Micha, El Chacal, Jacob Forever etc.

His solo album “Bueno”, released in 2013, earned him several awards and opened new doors for him, including record breaking shows in Cuba with audiences exceeding 150,000.

Descemer’s songs have repeatedly made it to the top 10 in Billboard’s Hot Latin Track. While most have been collaborations with Enrique Iglesias, also collaborations with Romeo Santos, Juan Luis Guerra, Rosario, Jorge Villamizar, Ricky Martin, Gilberto Santa Rosa, Estopa, Samo(Camila), Thalía, Melendi, Pitbull, Wisin & Yandel, to name a few, have also earned a top spot on the charts.

Among his greatest hits are songs like “Loco”, “Lloro Por Ti”, “No Me Digas que No”, “El Perdedor”, “Súbeme la Radio” and megahit “Bailando” (over 2 billion views in YouTube.)

He has been recognized by top artists such as Steve Coleman, Winton Marsalis, David Sánchez, Gonzalo Rubalcaba, Billy Higgins, Tooty Heath, Rufus Reid, Anjelique Kidjo, and the Dave Matthews Band, who have reached out to him to collaborate in their productions.

His music has gone global, reaching all 5 continents.  Despite this being an enormous accomplishment in the career of any artist, Descemer stays humble and feels he has just begun.

EnriqueIglesiasVEVO
We use cookies on our website to give you the most relevant experience by remembering your preferences and repeat visits. By clicking “Accept”, you consent to the use of ALL the cookies.
Cookie settingsACCEPT
Manage consent