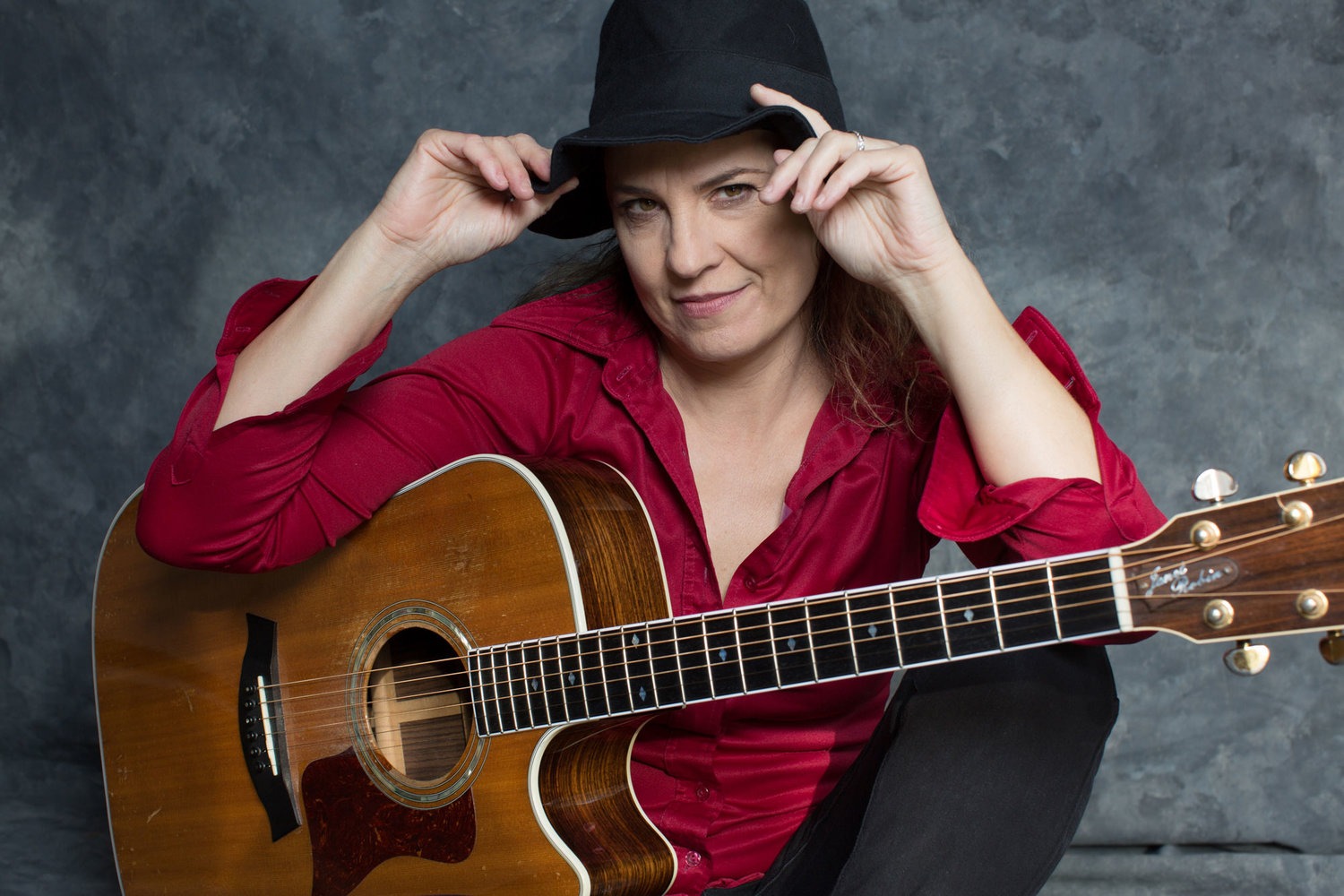 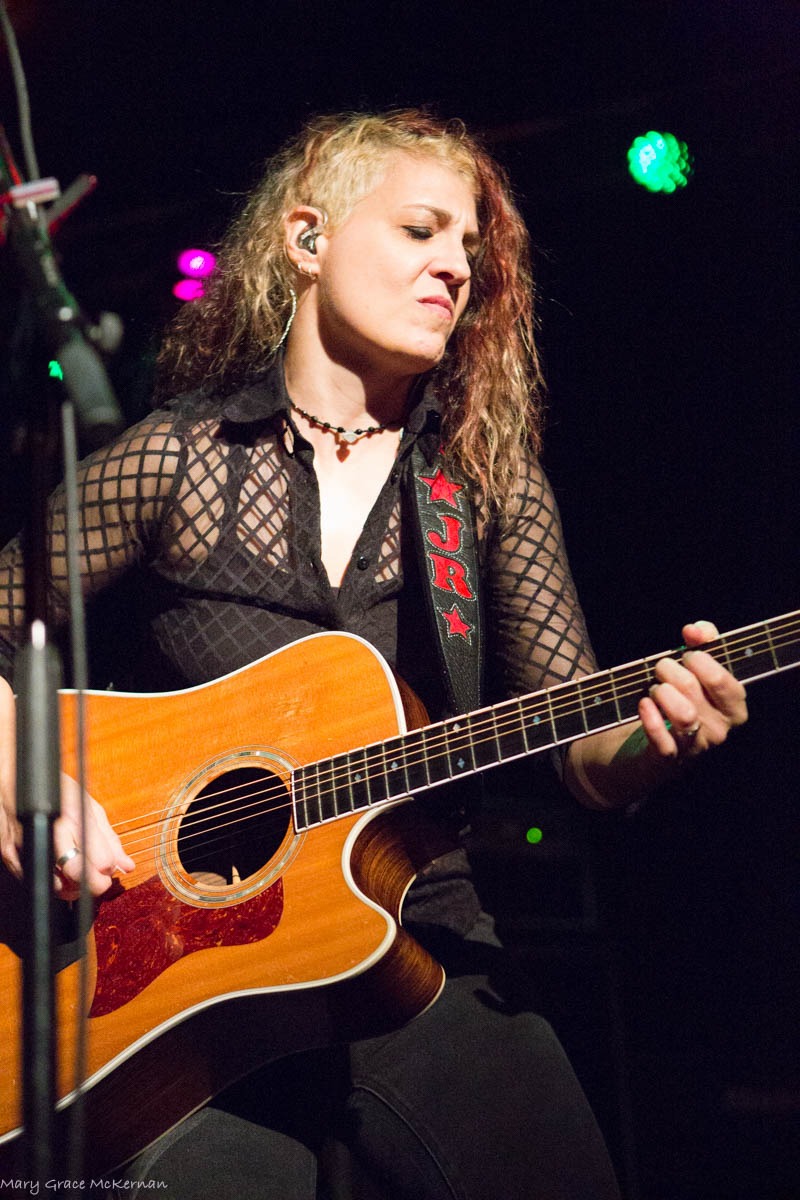 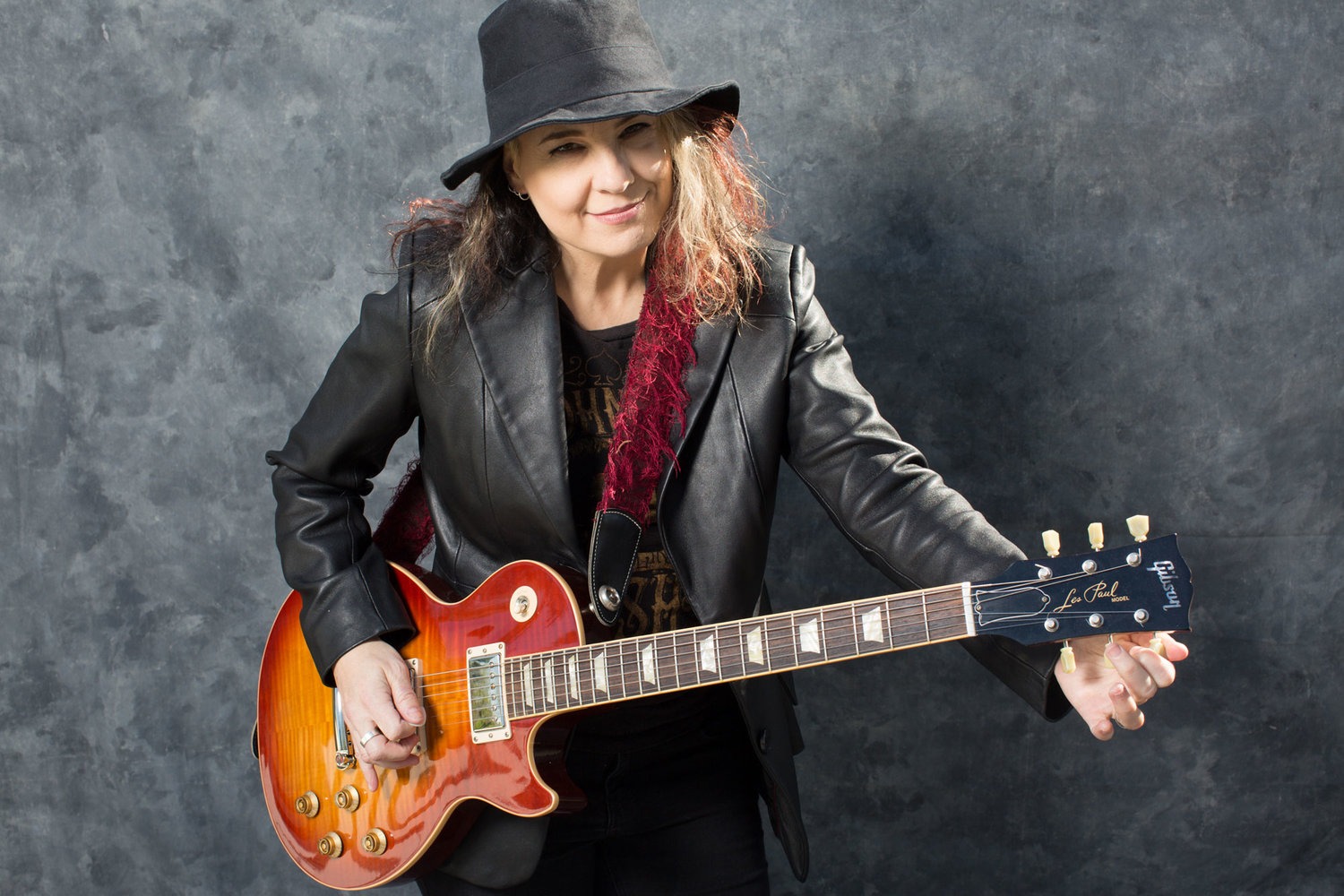 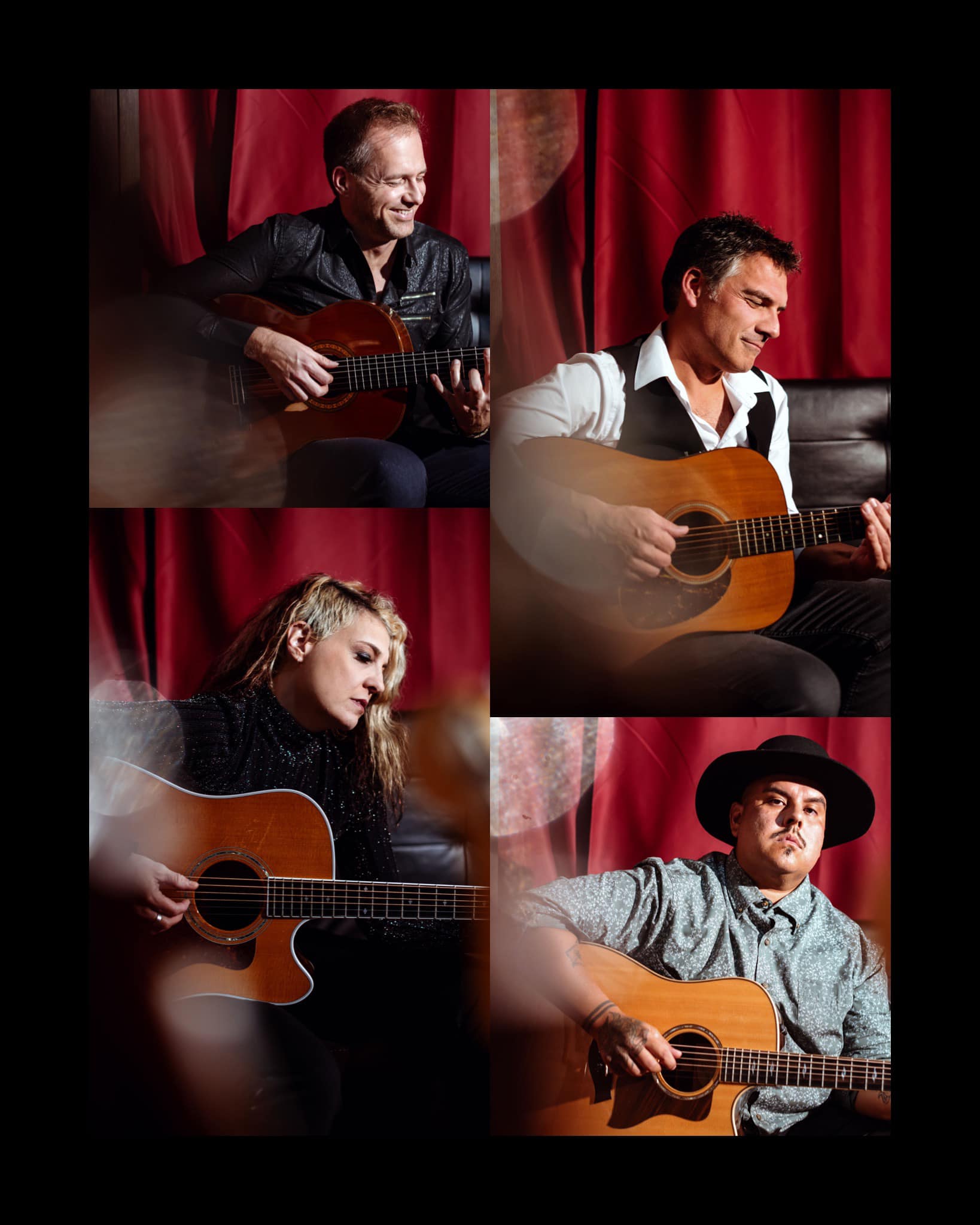 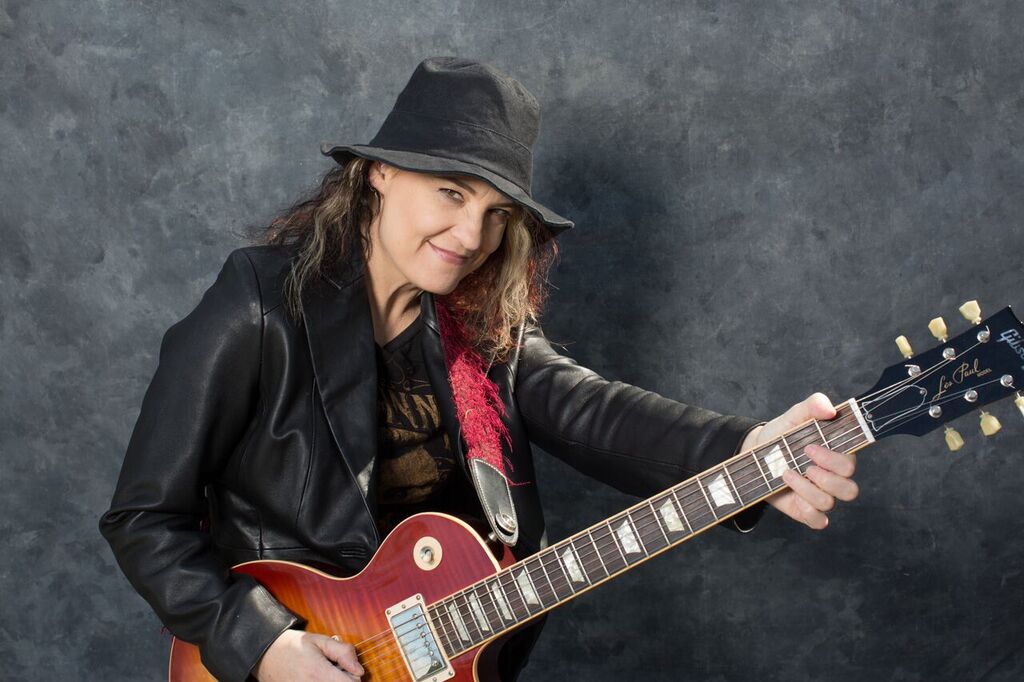 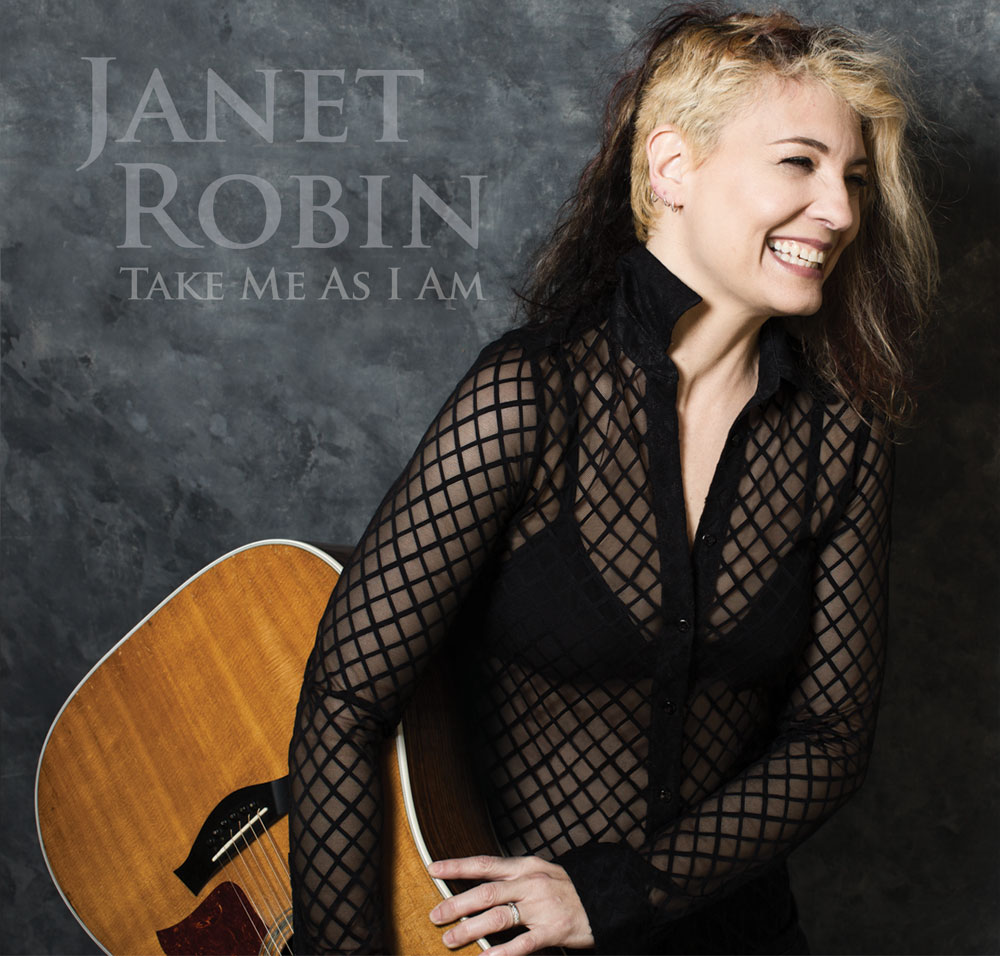 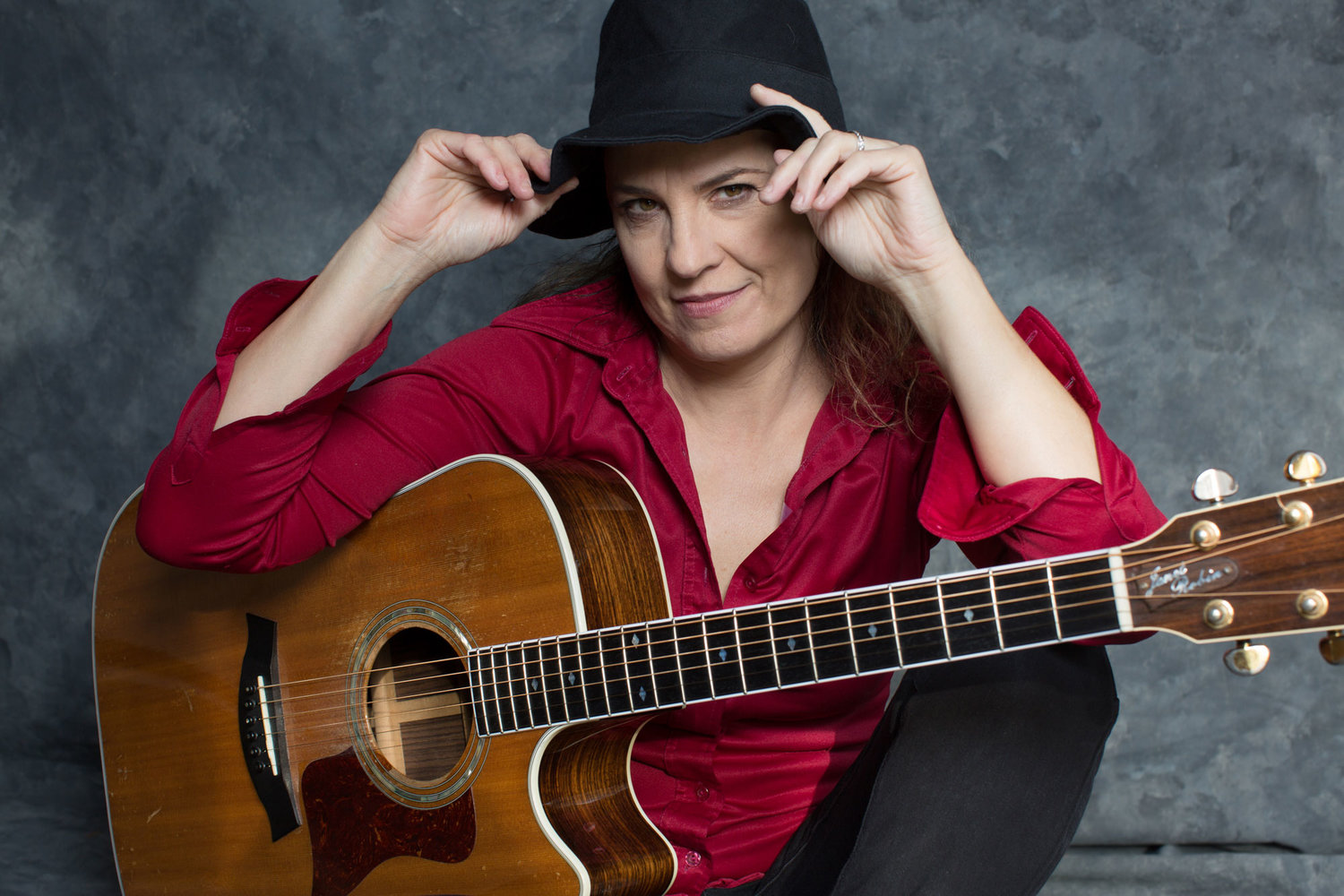 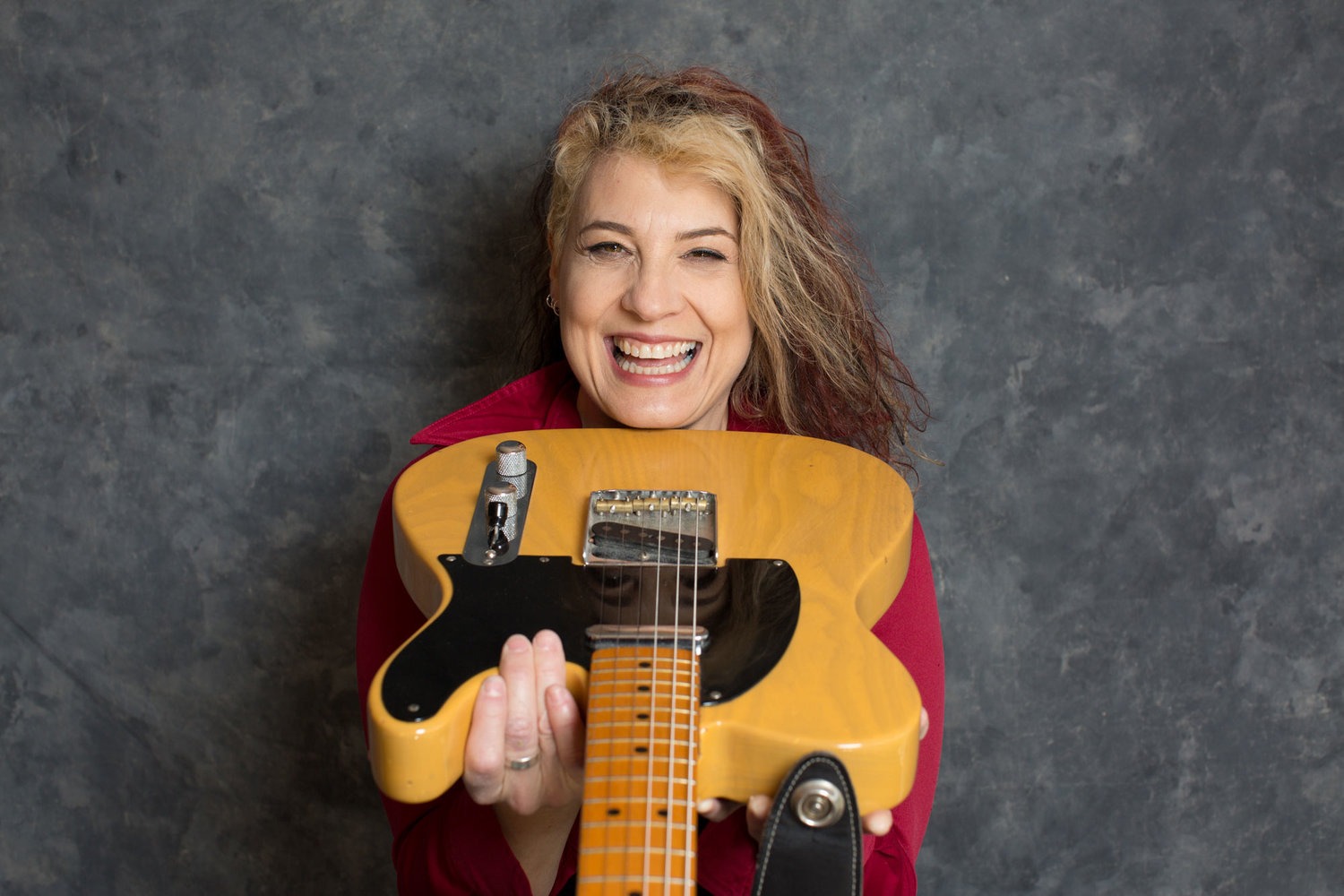 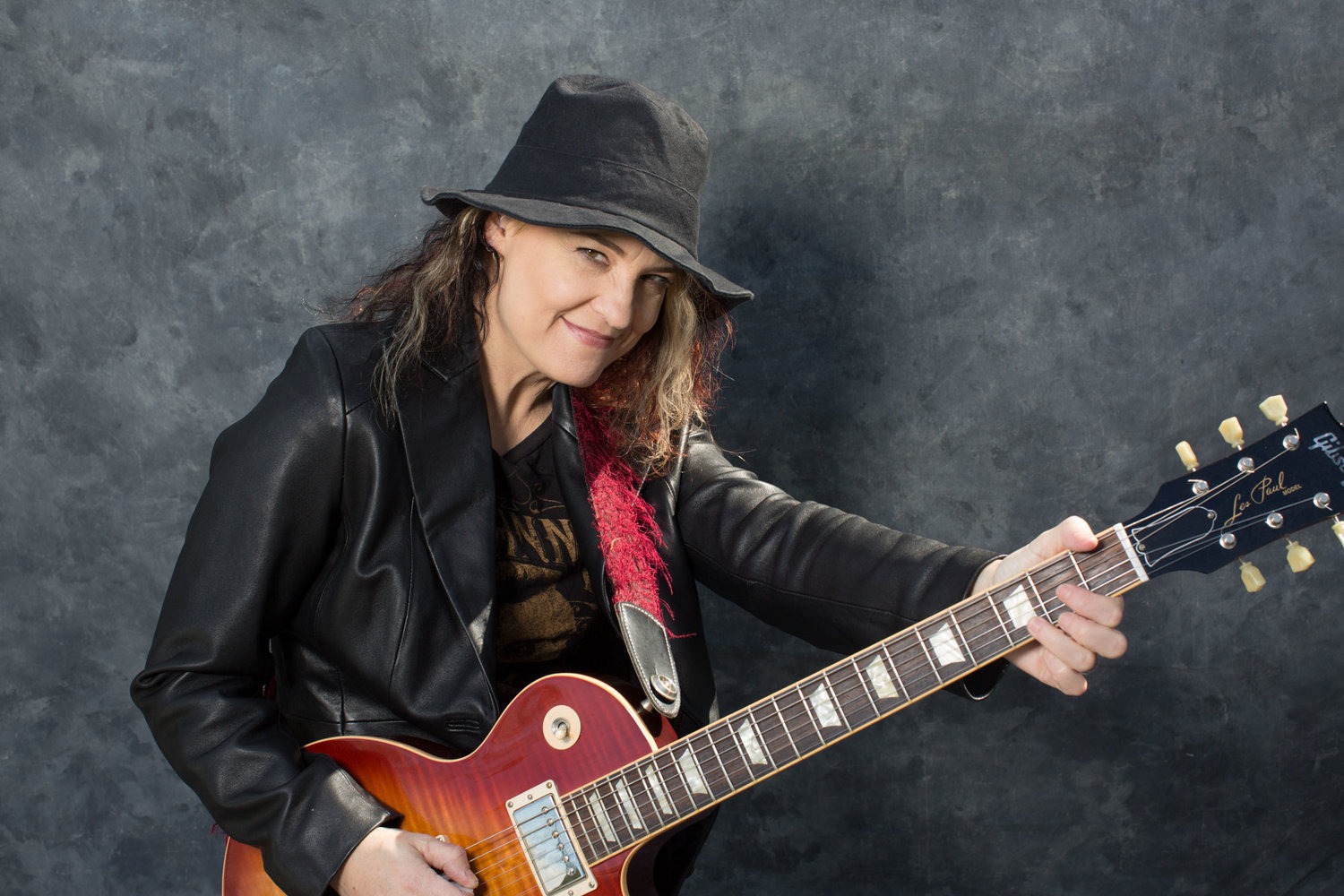 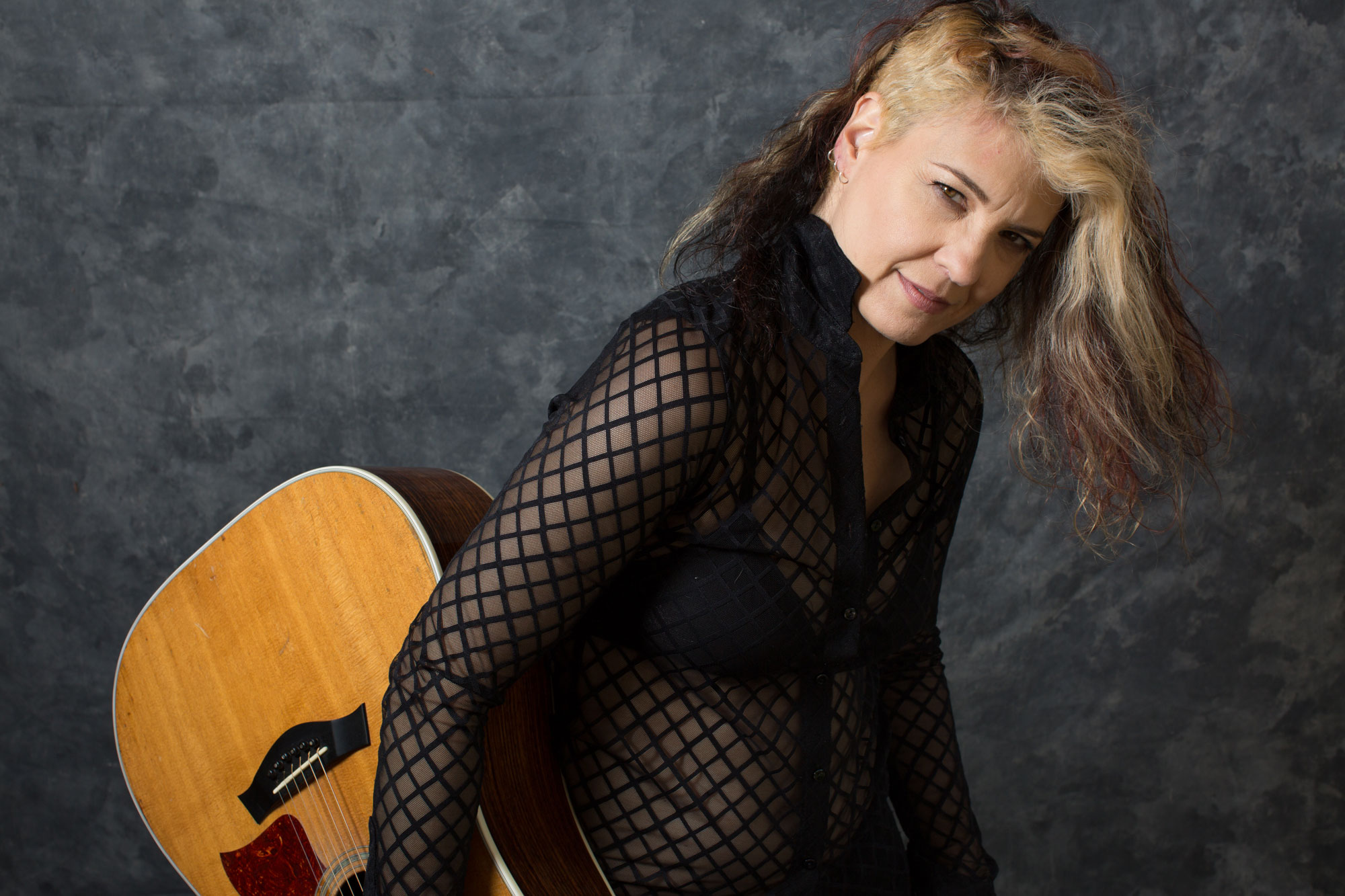 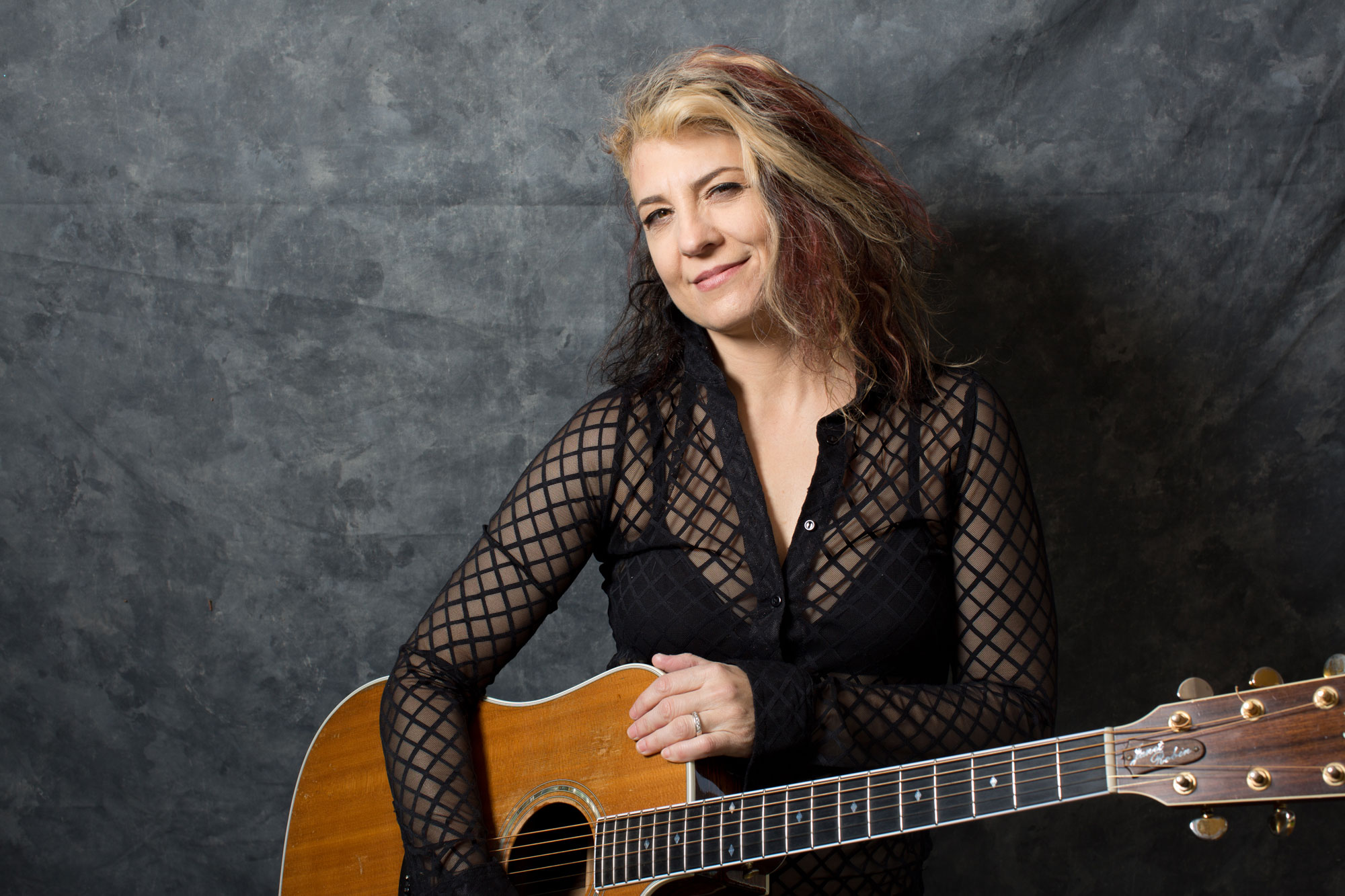 I absolutely was blown away by Warm Audio's WA-47 Tube Mic. I've used some of the best vintage mics in some of the best studios out there and their WA-47 stands up to all of those mic's. Completely in love with their gear and stocking my studio with as much as I can!

“Working with Janet was an unforgettable experience. She followed her spirit – no limits. Janet’s love for her art is evident in her impassioned musicianship and inspired songwriting. The music we created together, vibrant and full of energy, encapsulates all that she is.” -John Carter Cash (Producer, owner Cash Cabin Studios)

“From Randy Rhoads to Precious Metal, Lindsey Buckingham to John Carter Cash and all points in between – like a stint working with Meredith Brooks, opening for Midge Ure or appearing with Monte Montgomery – the ongoing tale of singer/guitarist/songwriter Janet Robin is a fascinating journey.” – Pollstar

Janet Robin can be defined in a single word: Musician.

Many people attempt to make music, but few earn that illustrious title. Those in this business reserve that label for the rare individuals who consistently demonstrate a high level of talent, perseverance, taste and sensitivity over a period of time. To these people making music is not simply a pastime; it is a matter of blood and guts. That a serious addiction to making music runs through Robin’s veins is made clear from a quick review of her career.

Following the demise of Precious Metal, Janet was picked by Fleetwood Mac guitarist Lindsey Buckingham, band in support of his 1992 solo album, Out of the Cradle (Reprise Records). A consummate pro, working with Buckingham profoundly influenced her own guitar playing, singing and songwriting, as well as her general approach to the music business. She has stated, “Lindsey became sort of a mentor and inspired me to do my own solo work.” This new direction led to her 1998 debut solo album, Open the Door. Released on her own label, Little Sister Records, Buzz Weekly described the CD as “smart, savvy, fuzzy, hooky pop.” She has seen songs from this album featured in film and television; most notably on the then popular T.V. show Felicity. Ever the road warrior, she supported the disc by opening for such acts as Heart, Colin Hay, Loudon Wainwright III and the Smithereens, steadily building a wide fan base. She has since continued to tour heavily and averages as many as 150 dates per year.

Encouraged by the warm reception of her debut, she released three more albums on Little Sister including the acoustic After the Flood which was recorded in Laurel Canyon and features “Beautiful Freak” which has since become a fan favorite and one of Janet’s defining songs. Also among these records is 2007’s “Days of Summer.” Recorded with producers David Bianco (Tom Petty, Teenage Fanclub, Mick Jagger) and Steve Baughman (Eminem, 50 Cent), this acoustic based EP is the work of an artist willing and able to explore the poignant emotional states of adulthood while avoiding the stereotypes brought on by most acoustic singer- songwriters. Working on the album was an experience that greatly affected her style and led Janet to many new and exciting opportunities including multiple tours in Europe.

2012 here in the USA, saw Janet release her album Everything Has Changed that bridges the gap between passionate acoustic music and gutsy rock n’ roll. With the help of her dedicated fan base, she was able to raise the funds ($20,000) for that studio effort. The loyal support enabled her to team up with producer John Carter Cash (Johnny Cash, June Carter Cash, The Nitty Gritty Dirt Band) at Cash Cabin Studios outside of Nashville. The son of Johnny and June Carter Cash was a producer on the Johnny Cash biopic Walk The Line and produced several records with his father as well as a Grammy Award winning record for June. Built by Johnny in 1979, this studio is where the country legend recorded much of his later work including his final recording, American V: A Hundred Highways, which was released posthumously and co-produced by Rick Rubin and John Carter.

Janet had previously released “Everything Has Changed,” in Europe, with Hypertension Music based in Hamburg, Germany. Coupled with the strength of her growing European following and introduced to the German based label by friend and frequent touring partner Colin Hay (Men At Work), Janet signed a licensing and distribution deal with Hypertension for a Winter 2010 European release of Everything Has Changed. The company also did the booking for her throughout Europe and after the initial release in Europe, she secured a January 2010 tour with Midge Ure (Ultravox – co-organizer of Live Aid, Band Aid and Live 8).

Janet enjoyed the experience of working with Cash so much that she returned this 2016 to record her latest studio effort "Take me as I am" again with John Carter Cash as executive producer and Chuck Turner producing and engineering: "We have talked at great length about this project and he understands my desire and vision to record an album that is representative of the energy brought out in my live performances," Janet says of John Carter Cash. "It’s just great to work with a producer that lets me be myself, yet brings out the best in my work. There weren’t many restraints working with John and the vibe and history at Cash Cabin is overwhelmingly inspiring. John seems to "get me." Her latest release, "Take me as I am" in the USA was released Oct. 2016 and the European/UK version was released in January 2017.

She has since had several successful headlining tours in the Czech Republic, Poland, Germany, UK, and France where she plays solo acoustic shows, and with her band, to sold out crowds in clubs (200-400 cap venues) and festivals (1,000's) across Europe. Janet recently finished a whirlwind fall tour in 5 countries in Europe and the UK- and has played in many major festivals from The Colours of Ostrava (CZ), to the renowned "Blues & Jazz Festival" in Rapperswil-Jona, Switzerland. Janet continues her touring as well in the USA.

In addition to pursuing her solo career both in the U.S. and abroad, few musicians are able to work with the great variety of artists that Robin has been fortunate enough to be around. Besides the aforementioned Lindsey Buckingham, Robin has toured, performed with, recorded, or written songs with Tommy Emmanuel, Peppino D’Agostino, Meredith Brooks, Monty Montgomery, Michelle Shocked, Maia Sharp, Marcy Levy (co-writer with Eric Clapton on “Lay Down Sally”), Ann and Nancy Wilson (Heart), Garrison Starr, Anne McCue and many more. Her most recent side-woman gig was the touring guitarist of Air Supply in 2009. In 2015, She was featured on the bill for the prestigious "All Star Guitar Night" which features some of the top guitar players in the world, during the LA NAMM convention. In 2017, she was named in Guitar Player’s “Top 50 Acoustic Guitarists” (Bonus List), amongst many notable players such as her old boss, Lindsey Buckingham.

With touring nearly 150 dates a year and releasing new material consistently, she has seen her solo career rise to higher and higher levels each year. Janet has also had her original songs placed in TV and films such as “One Life to Live,” “All my Children,” “Felicity,” “Free Enterprise,” and many more. Along with placements she has also composed original scores for short films such as “Traces” directed by Joseph Culp (actor Robert Culp’s son) and the film was accepted into the prestigious Palm Springs Short Film Festival and the Hollywood Film Awards, in June 2012. In 2017, she had an original song in a short film “Casting All Corpse” which won the “Best Comedy Short Award” for the Reel Hollywood Film Festival.

In January of 2015, Janet was hand-picked to coach and consult actress Jennifer Jason Leigh for 2 months on location and in Los Angeles for a special guitar scene in the Quentin Tarantino film, "The Hateful Eight." The actress was nominated for an Academy Award. And in June/July of 2015 she was also hand picked for the guitar position in the musical "Girlfriend" to rave reviews at The Kirk Douglas Theater in Culver City, California and just recently (2018) for another musical, “Soul Doctor” formally on Broadway.

Along with Janet's busy solo career she has started a side project featuring 4 amazing guitar players- "The String Revolution." Combining 4 guitarists each with their own unique contribution to a "band" sound. They have released 2 cd’s, both mixed by the prestigious Matt Hyde in London who worked previously with famed guitarists Rodrigo y Gabriela. Their newest release “Red Drops” reached the Top 10 Spotify Instrumental Charts for Los Angeles and also made it to the Grammy Entry Ballot. The band has reached over 1.7 million Spotify streams. The band has been selling out local LA venues, and has performed at major festivals such as The Laguna Beach Arts Festivals and special performances at The Grammy Museum, and the NAMM Headquarters. They will soon be embarking on international touring.

However, one need not base their judgment on Janet solely on those with whom she has been associated. Only a listen to her albums or a ticket to one of her shows will prove the opening claim to be true. For what underlies the Janet Robin labels of singer, guitarist, songwriter, producer, and road warrior is a single word: Musician. 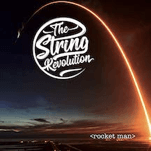 Janet Robin- View From Above

Janet Robin
We use cookies on our website to give you the most relevant experience by remembering your preferences and repeat visits. By clicking “Accept”, you consent to the use of ALL the cookies.
Cookie settingsACCEPT
Manage consent