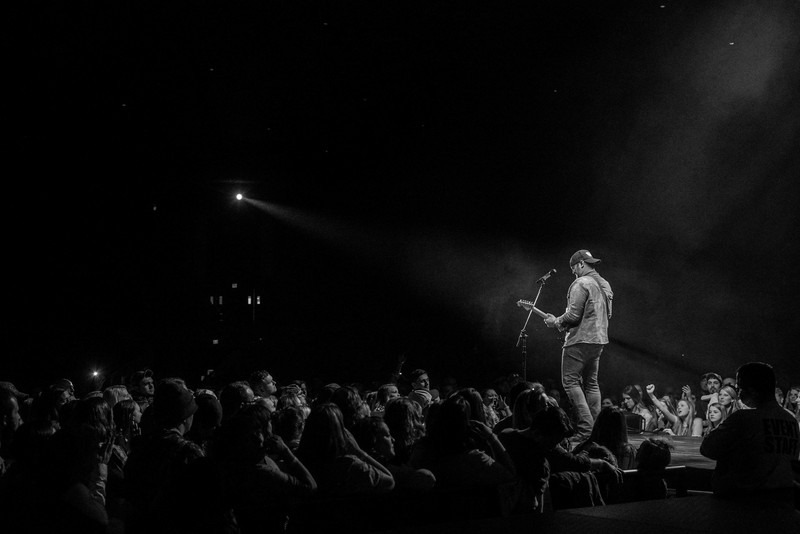 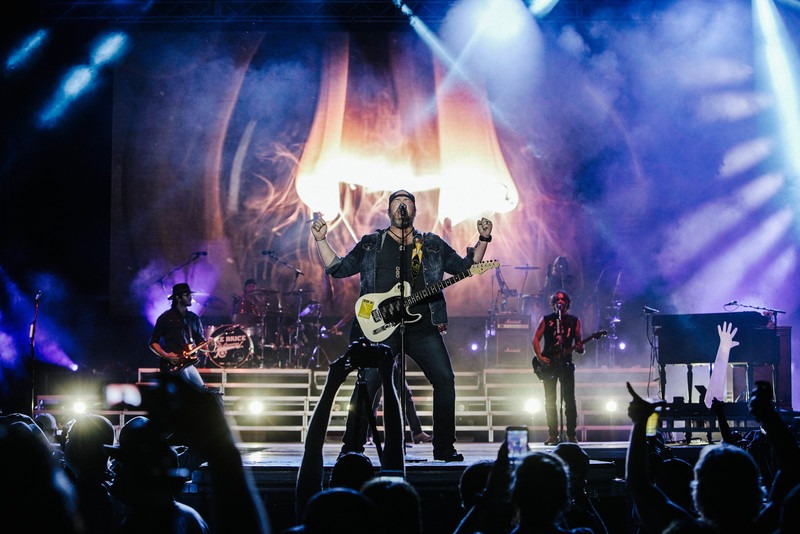 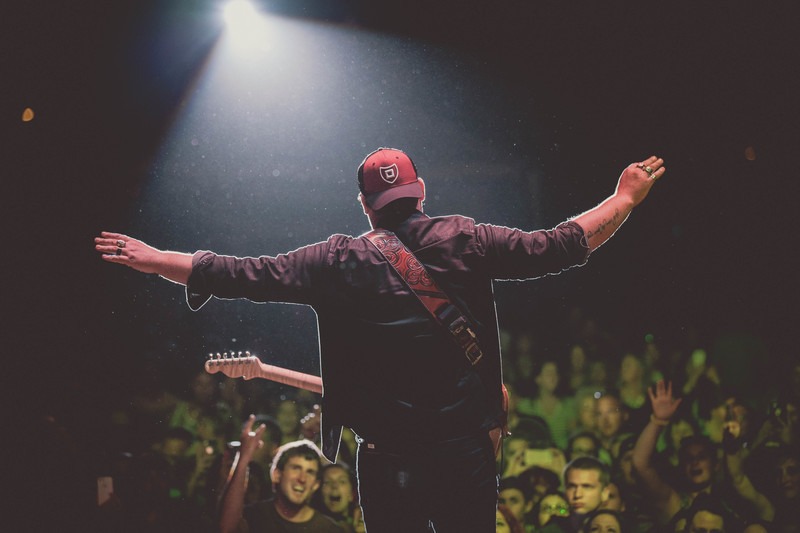 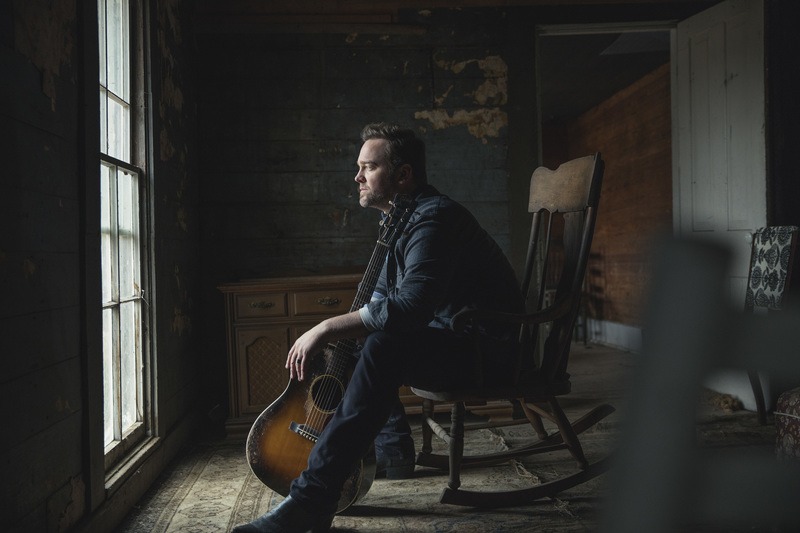 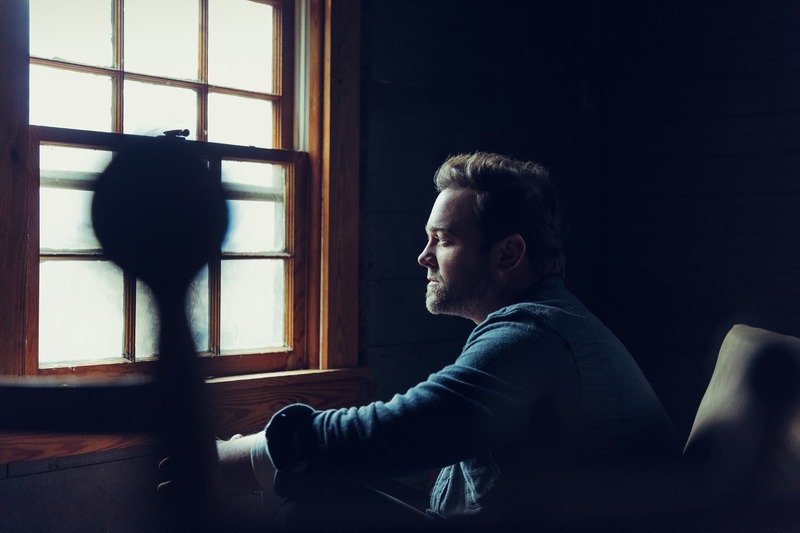 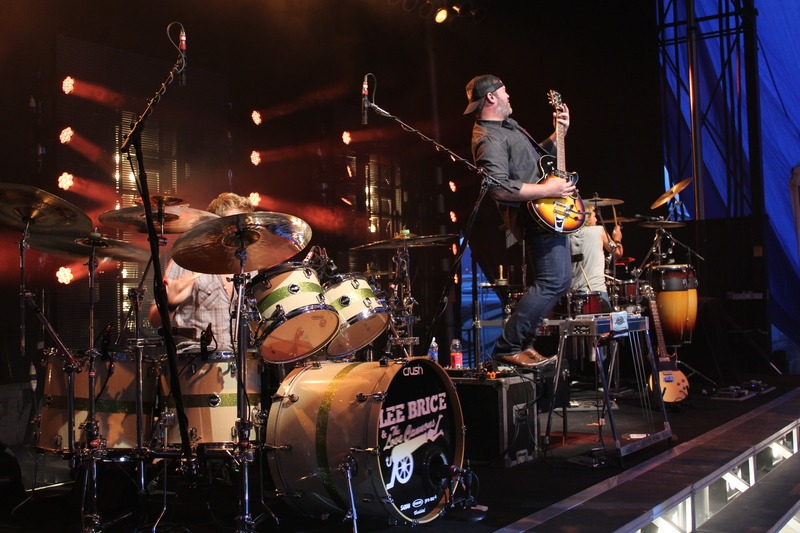 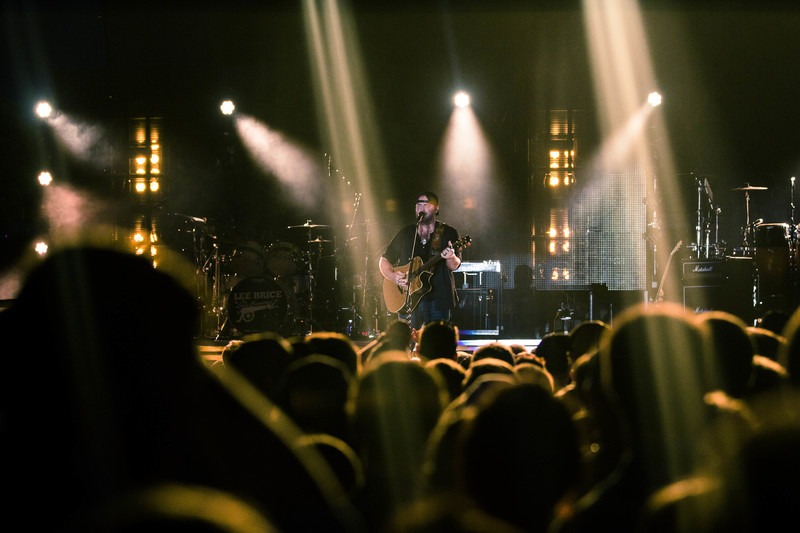 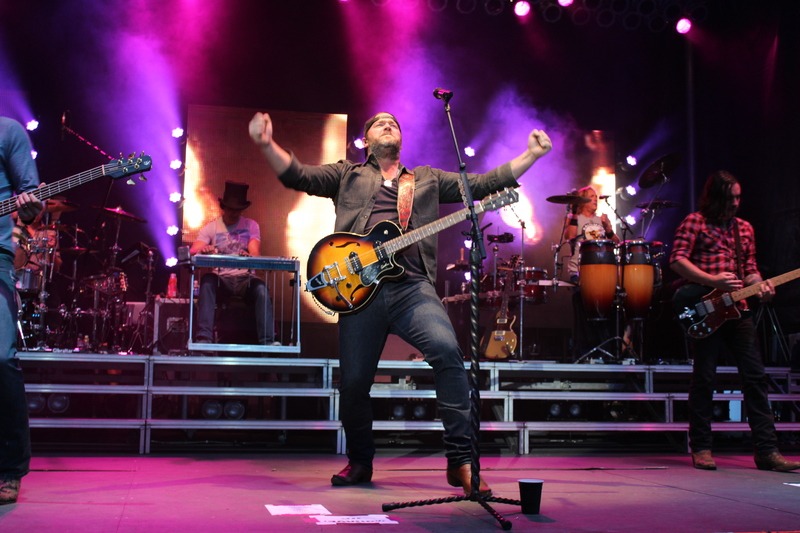 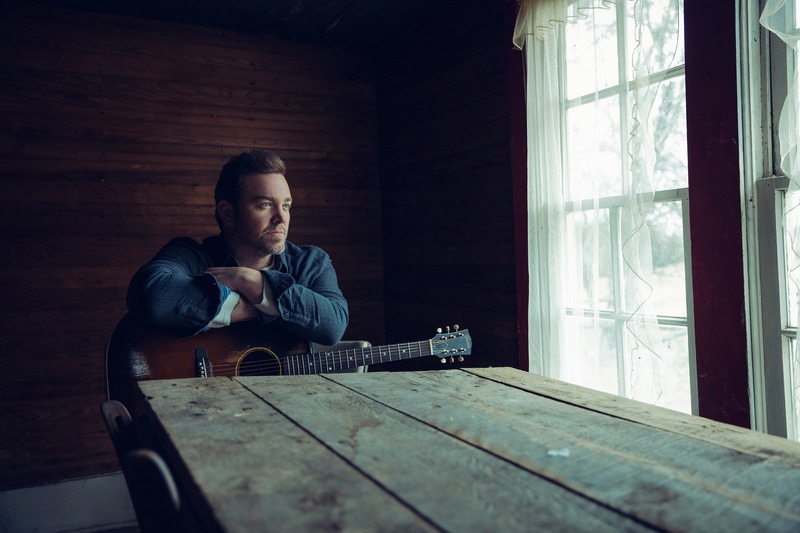 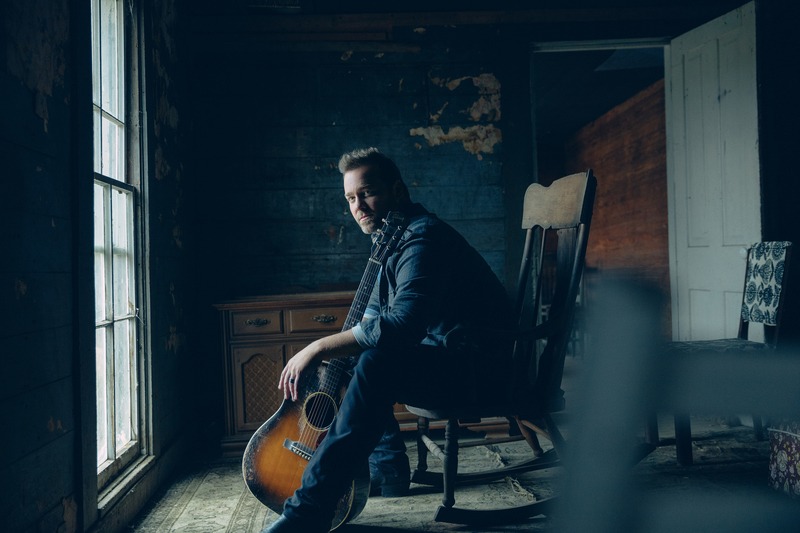 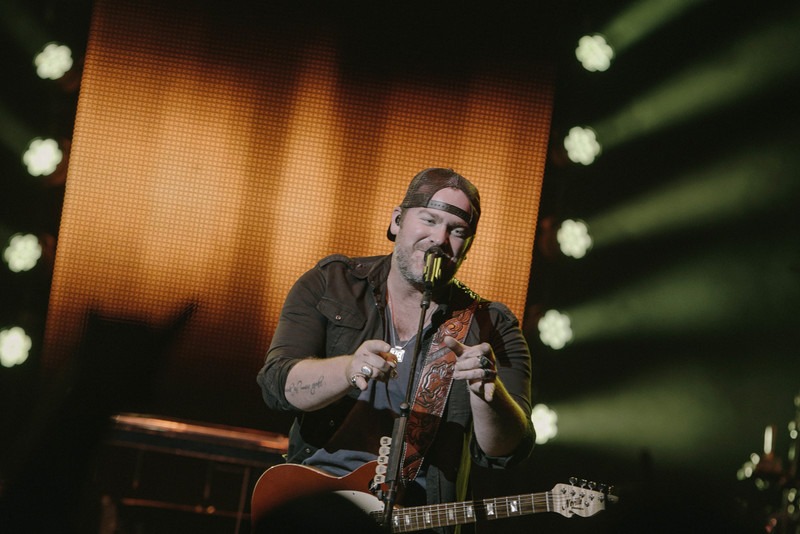 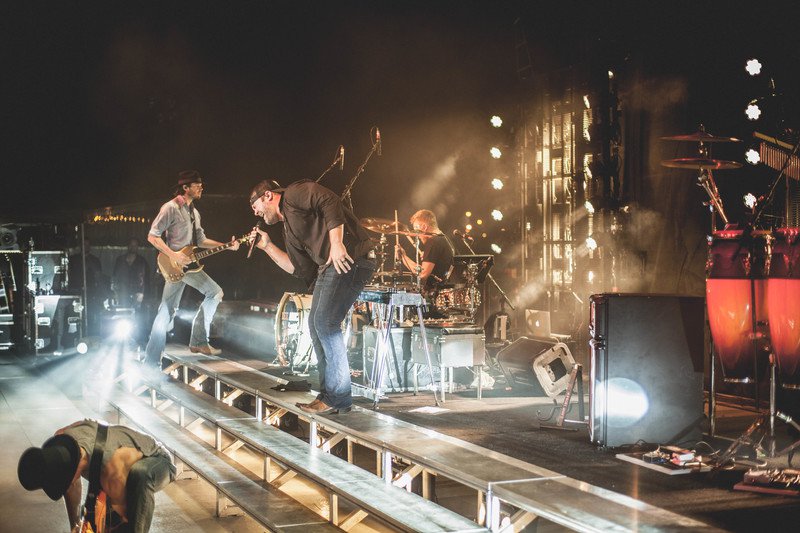 Blame Aunt Henrietta. When you dig into Lee Brice, with its thick grooves, the squalling guitars, the tumbling drums, sheets of steamy B-3 organ and wide open vocals, the two time CMA/ACM/Grammy Song of the Year nominee takes listeners to church, school, home and out on a Saturday night. For a man known for raucous live shows and contemplative songs, there’s a whole lot of gospel driving his fourth album.

“My Aunt Henrietta had the groove,” he says. “She could play one note, and pierce your heart. She played the piano, and when she played she was black  — and I didn’t know it, or think about it. I was so sheltered, I didn’t understand; it was just church music – and it felt good! It coulda been Ray Charles, too, but it was all over her playing.”

It’s all over Brice’s self-titled new record, too, which serves as a homecoming and a homing device on the essence of what’s defined the man whose written hits for Garth Brooks, Tim McGraw, Jason Aldean and the Eli Young Band, who had their breakout single with “Crazy Girl.” There’s a newfound simplicity to tracks like the real life “Songs In The Kitchen,” the soul searching “What Keeps You Up At Night,” the loving reality check “Boy” and self-recognizing “I Don’t Smoke,” which scrapes Brice’s music to the bone and features guitars by Warren Haynes.

“Songs that are pleasing to the heart, songs where your heart hears it, and you feel something in your heart, they don’t need all that stuff,” Brice explains. “So this album I wanted to be a real organic thing: I play 99% of the lead guitar, my band’s on it – and there’s even a theremin, which I had to learn to play.  When I started, I wanted this record to be groovy, stripped down to the message and the feel."

“There are no computer tricks, no artificial sounds. Even when it sounds like a computer, I promise, we figured out a way to make that sound. To me, being real was everything. I wanted to put a little piece of everything about me, everything I am on this record. No two songs are about the same things, but somehow it all hangs together.”

From the rising romance and deep desire of “Eyes Closed” to the mandolin-flecked homage to making your mark where you are “They Won’t Forget About Us,” the Conway Twitty-esque soul slink of the sultry “Rumor” to the sanctified smoke of the Southern boogie and Detroit manufacture witness “Dixie Highway,” Brice stabs veins of country tributaries to craft a roots swelter that speaks to America’s biggest genre from the outside in.

His recipe is as straightforward as the man himself. Start with the basics: influences.

“My musical upbringing is so different, it’s hard to explain to people… I’ve listened to things most people never heard of, a lot of gospel quartets: Gold City, the Gaither Vocal Band. I had a few cassettes, but most of my other music was what I taped off the radio.

“I fell in love with Willie Nelson’s The Great Divide, and I wore the tape out of Garth’s first record. And there was Aunt Henrietta. She made a record with my Mom, the three Lewis Sisters when they were teenagers; that stayed with her.”

Music it seems is genetically hard-wired into the father of three, the embodiment of that guy in the neighborhood everybody knows and loves. It’s what gives “The Locals” its sense of enjoying the ones who are happy right where they were born and raised – and captures the positive outlook in the face of adversity that tempers those facing life’s greatest challenges on the loping “Have A Good Day.”

That same positivity infuses the Bruce Hornsby-evoking “Story To Tell” with a sense of how powerful every single person’s narrative is. Written with Edwin McCain, who guests on the track, it taps into music’s ability to transform each of us – if we’ll let it.

“My hero came to my garage, and we wrote two songs,” he marvels. “Before I came to town, I knew Edwin McCain and his music; went to his concert every year at the House of Blues. Those records, I knew by heart growing up… and he has a lot of the same Southern influences. He knows those same things that matter to me, they’re in his music.”

Beyond what Brice was raised on, there are all the things he’s learned along the way. Laughing, the great big mountain of a man admits, “I grew up in Sumter, South Carolina, one of the Twenty Most Violent Places in America. It’s this tiny little town, and it’s rough, which makes you real tough. The last thing you have to worry about is showing somebody how tough you are. For us, it’s working hard and doing right. I have rough edges.”

Rough edges, and a vulnerability that never flinches.  Brice, after all, is the man who gave the world the wrenching “I Drive Your Truck” and faltering “I Don’t Dance.” Fully capable of delivering on the “Parking Lot Party” and “Drinking Class” end of the spectrum, be careful how you view his brand of good timing.

“I know, I know,” he allows, “onstage you see this big burly guy stomping around, singing his guts out. You don’t get that from the radio, and it doesn’t add up – except it does. The funny thing is the dudes are as into ‘I Don’t Dance’ as the girls are. I think they see me up there and they feel those things, too, but now there’s a guy trying to be a guy who’s being honest about this stuff.”

Contradictions aside, Brice is probably right. Beyond the hell-raising and church-leaning, there’s a real man who works hard to support his family by driving everything about who he is and what he does into his work. It doesn’t fit into music business clichés, but it’s the bottom line for the rugged songwriter/guitarist.

“I’ve tried to walk a fine line between the commercial and the things that are tangible,” he explains. “I’m on the road 200 days a year, trying to write songs when I’m in town. But I also want to make a life: I have a wife, a baby, two little boys and a home. That’s important to me. So when I’m home, I work harder and dig deeper into living. You know, you have to live so you have something to work from and write about.”

It’s not defensive, nor is it aggressive. Like much of what’s on his 15-song self-titled project, Lee Brice has dropped all machinations that aren’t real for the Southern Baptist kid who penned the first song to debut at #1 on Billboard’s Country Singles chart (Brooks’ “More Than A Memory”), broken Eddy Arnold’s longest charting single record (56 weeks with his #3 “Love You Like Crazy”) and helped the Eli Young Band onto their first nomination streak, while winning Song of the Year at the Academy of Country Music Awards (“Crazy Girl”). Diversity is a piece of who he is, and those fragments yield something singular in the former Clemson football player.

“Believability has so much to do with the production,” he says. “This time, I didn’t want the tricks and the wall of sound; I figured the stripped back, organic nature would be what held the album together. I wanted heart-to-heart communication – whether it was family-inspired, small town or romance – with nothing in between. So I didn’t sing a lot of vocal takes, and we sometimes strip things down to just a guitar. There’s nowhere to hide, and a whole lot of music.”

For a man who wrote 60 songs and kept 15, that’s a lot of music to turn people on with. But it’s also a compelling sampler of who he is and where he comes from. Whether drawing on Brian McKnight, Phil Driskell or Tupac, as well as vintage Hank Jr. and Alabama, it is the South that permeates his take on 21st century country music.

“There’s a lot of blues from the Mississippi River down from Memphis and all the way up to Chicago,” he begins. “South Carolina and the Southeast have their own thing, with Sister Hazel, Hootie & the Blowfish, the Allman Brothers, Tom Petty – beyond all the church music I was raised with. There’s a whole sound from ‘round here, and it runs through everything.

“To me, if I want people to know who I am and understand my music, this is the place to start. It’s all here, if you just close your eyes and listen. My values as a man, trying to be honest about my doubts and my faith, the music that turns me on – and the way I think songs can bring a whole lot of real life to people.” 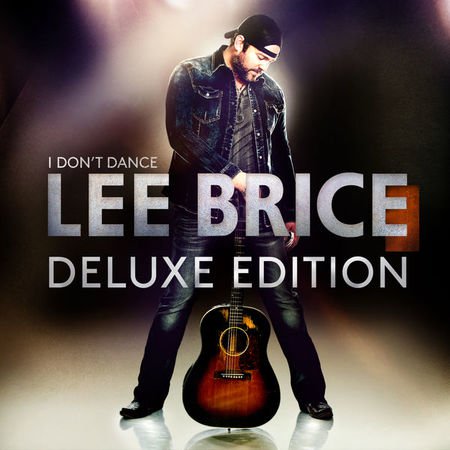 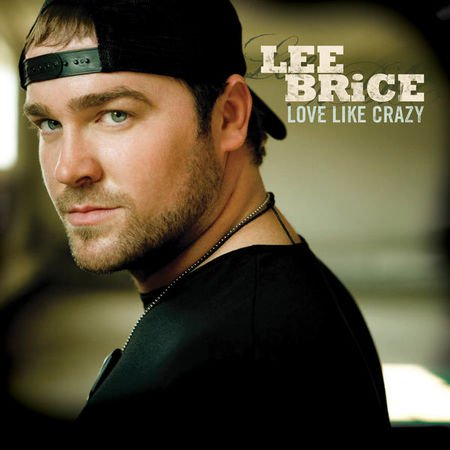 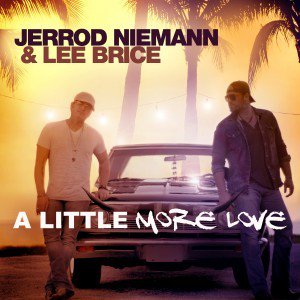 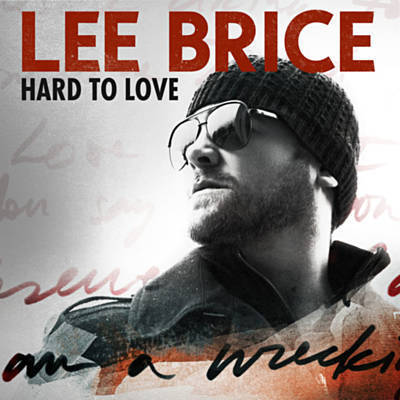 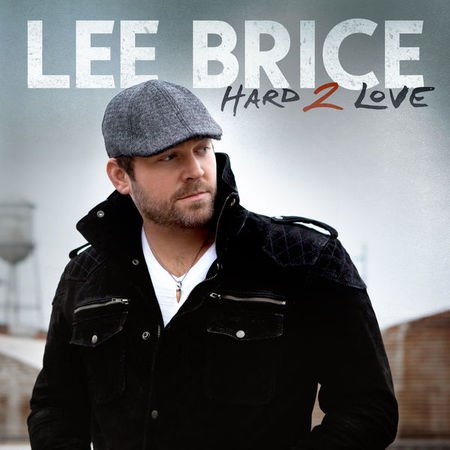 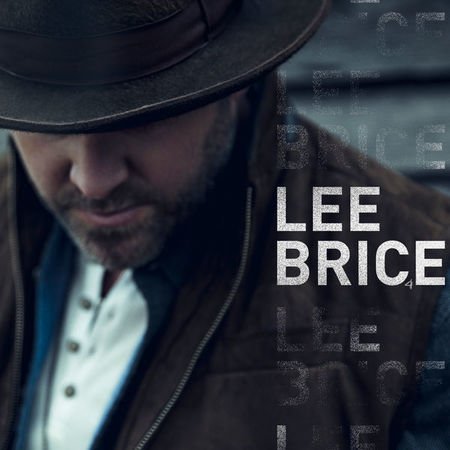 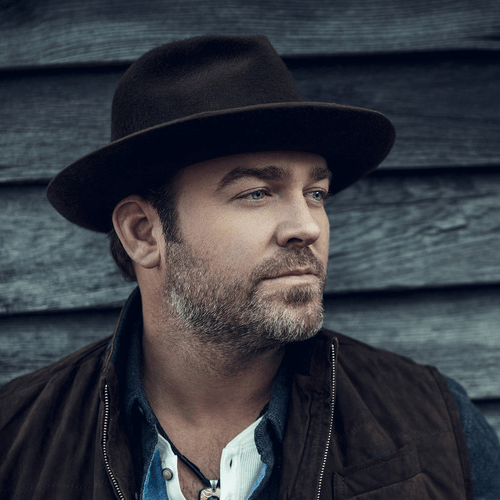 Warm Audio is something we really dove into, to be able to do what we do. This stuff sounds so good and it can be beat around on this bus rollin down the road.