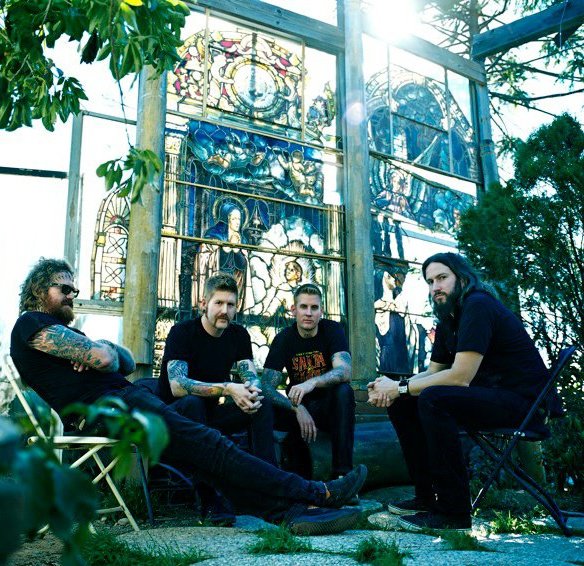 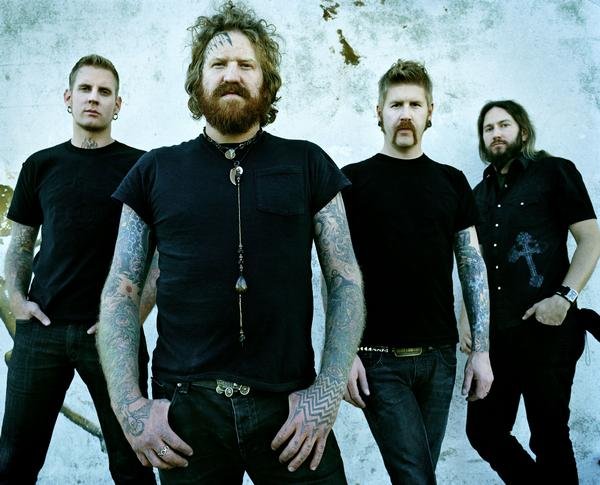 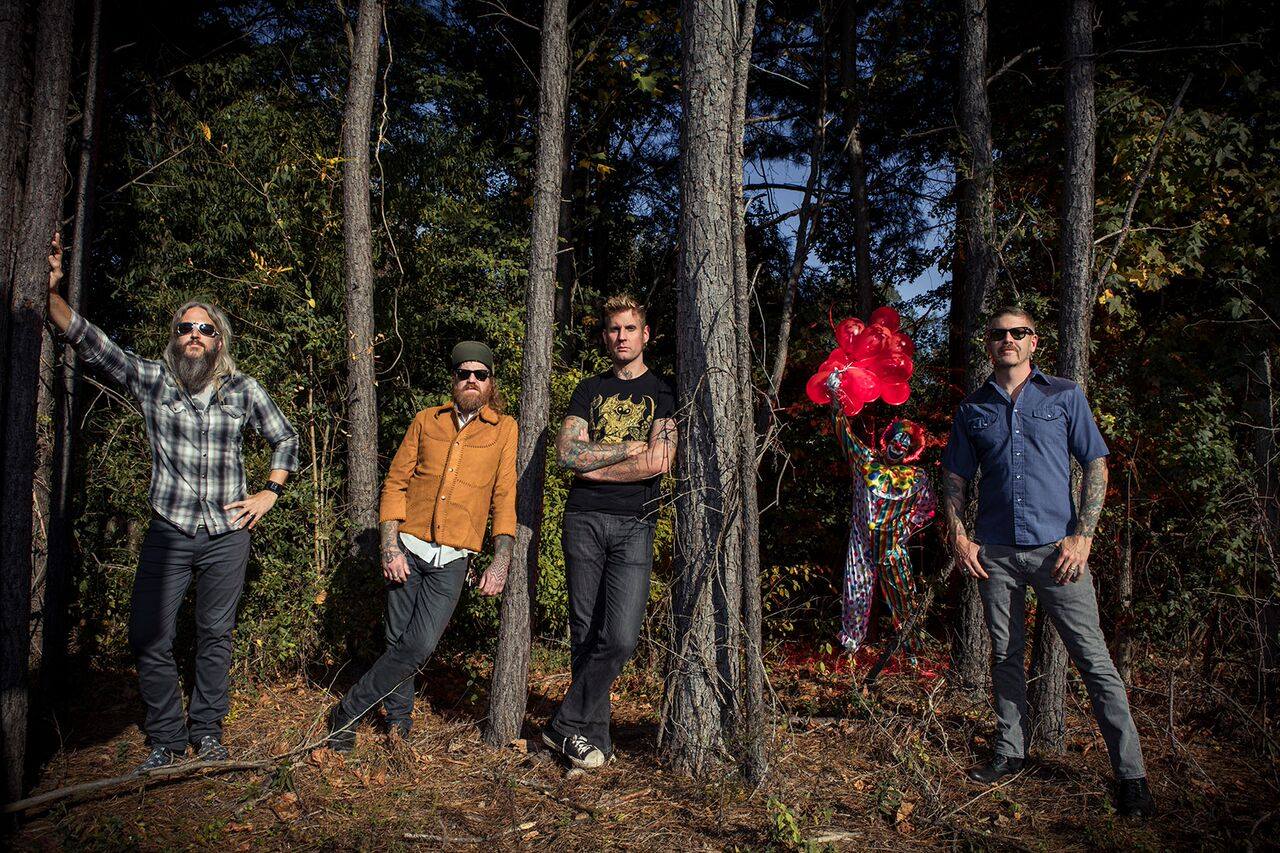 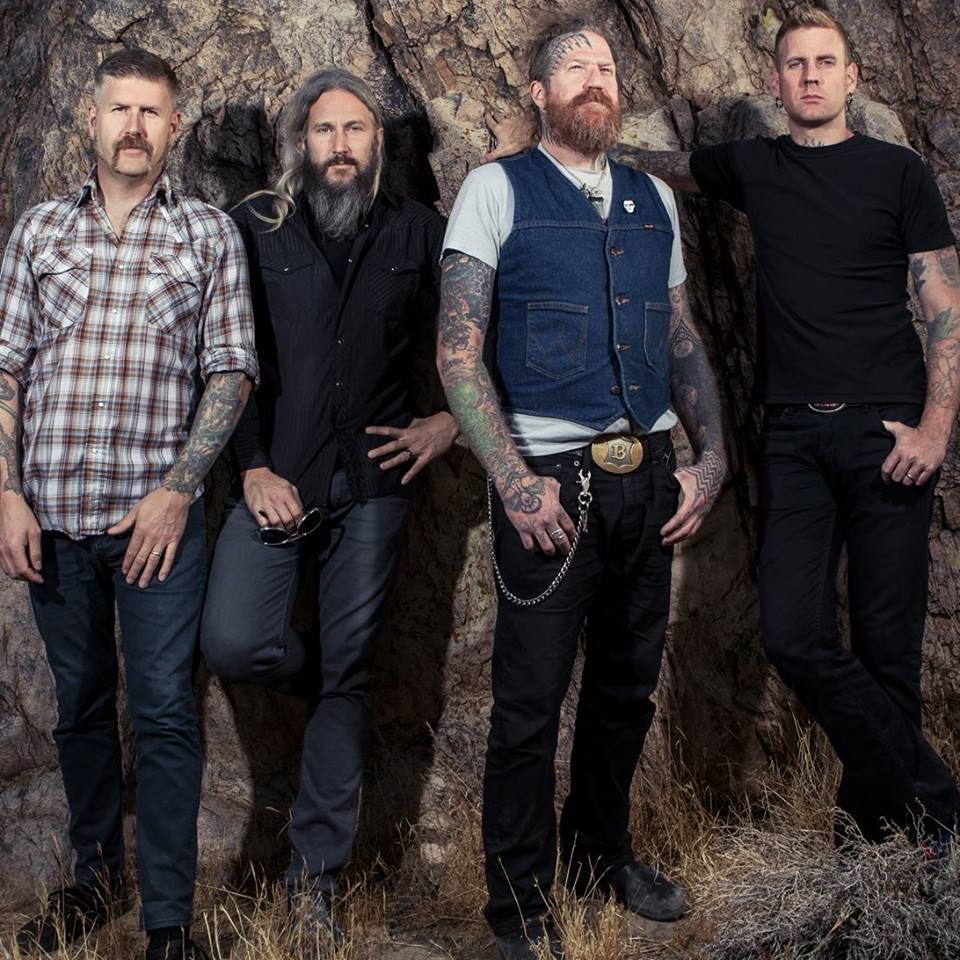 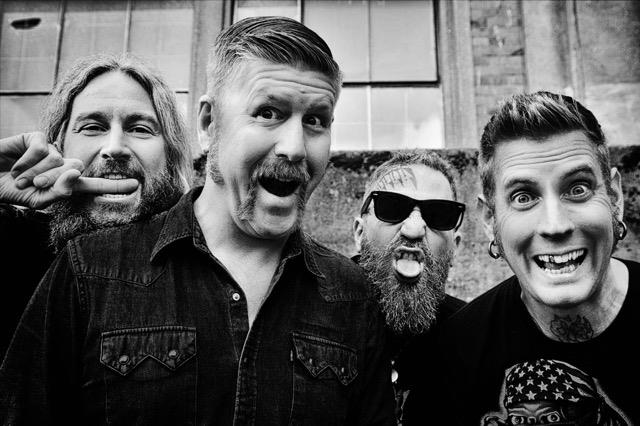 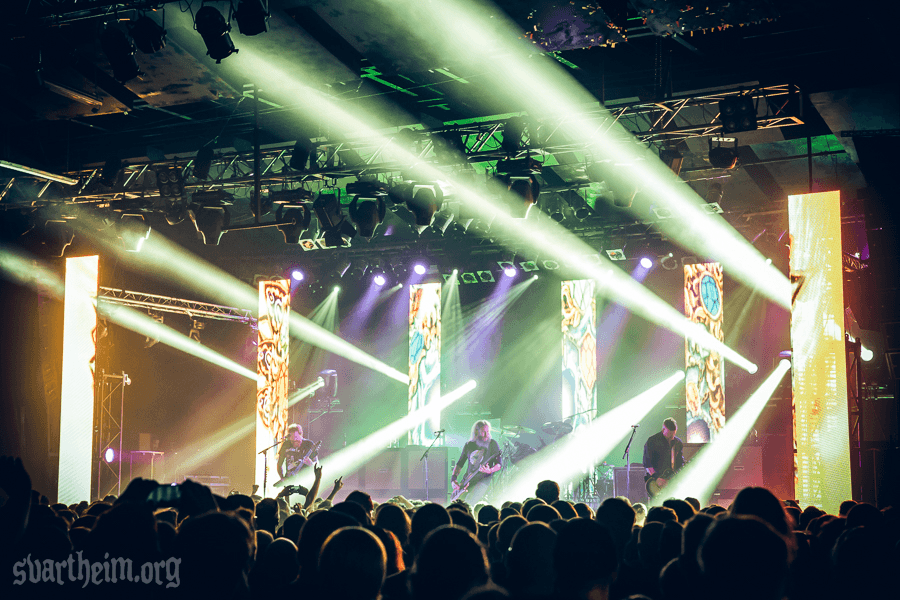 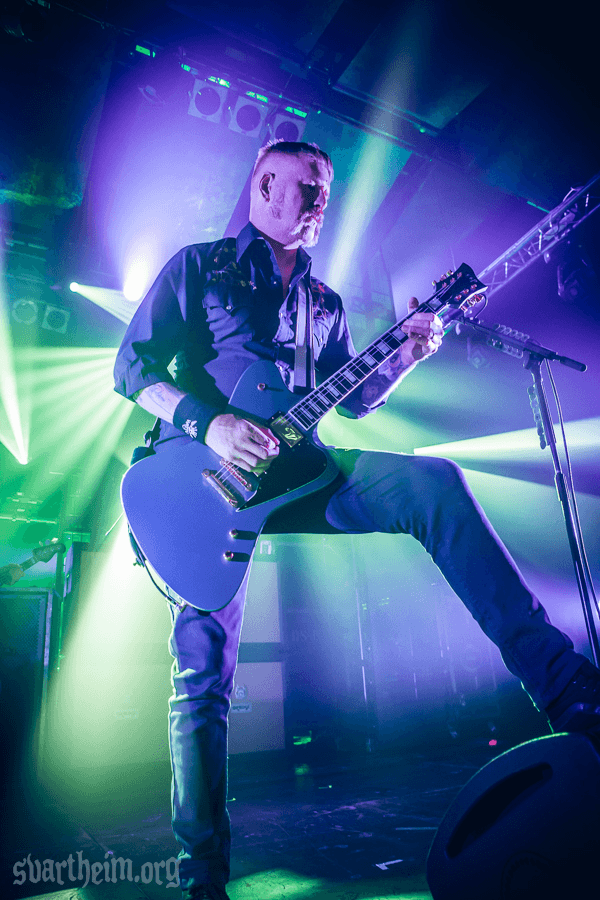 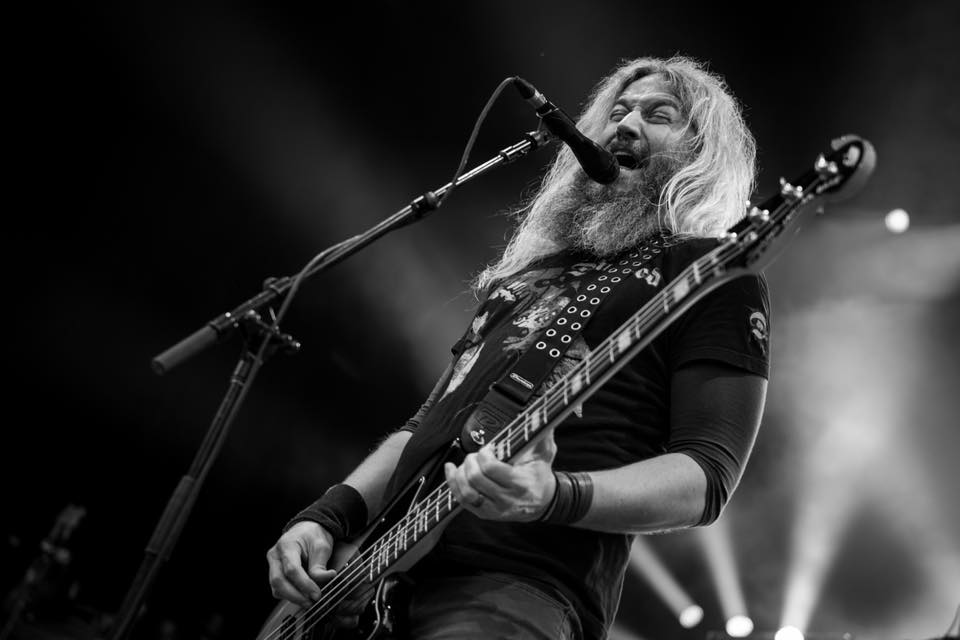 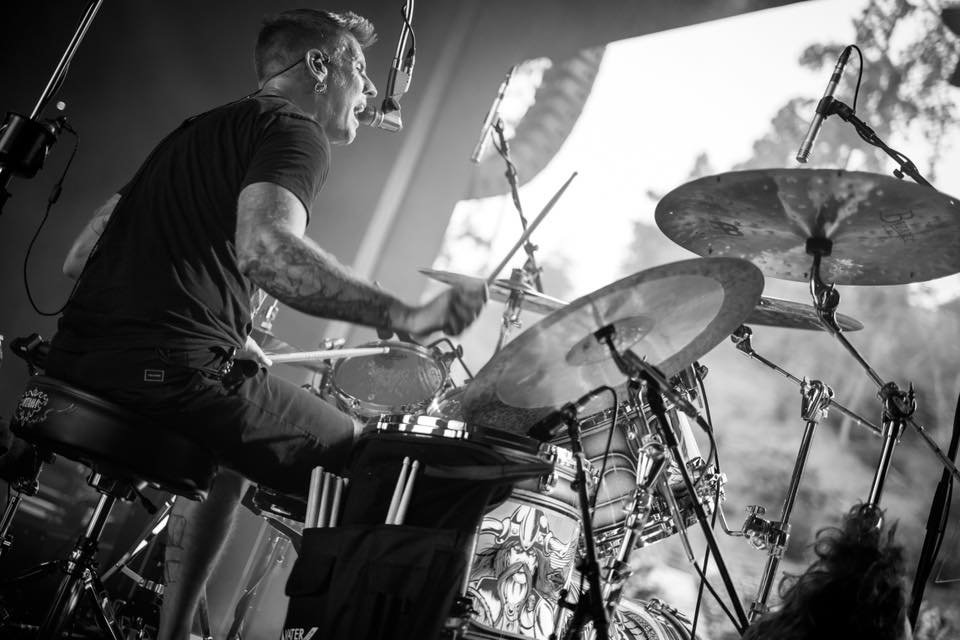 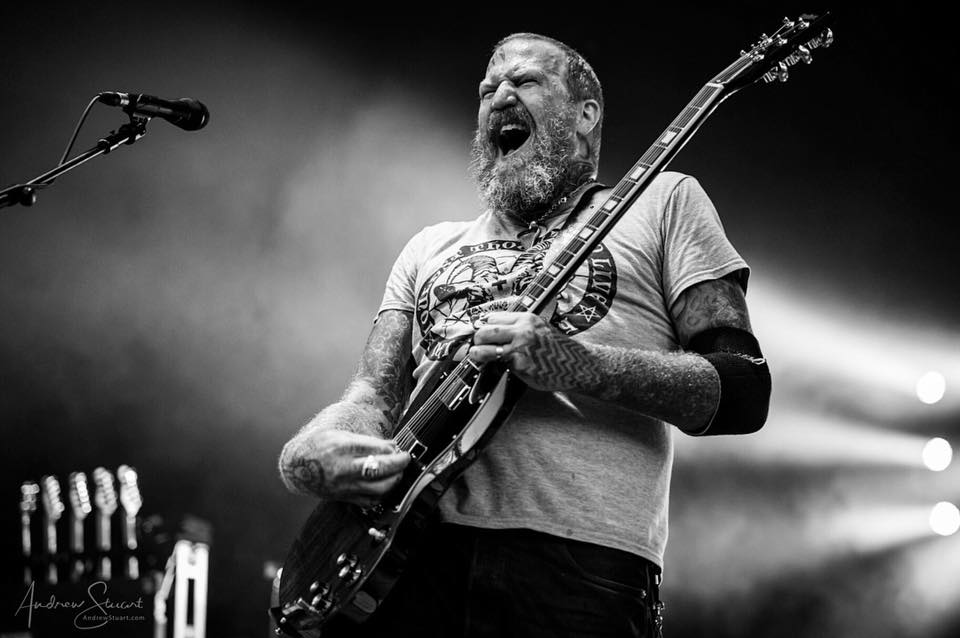 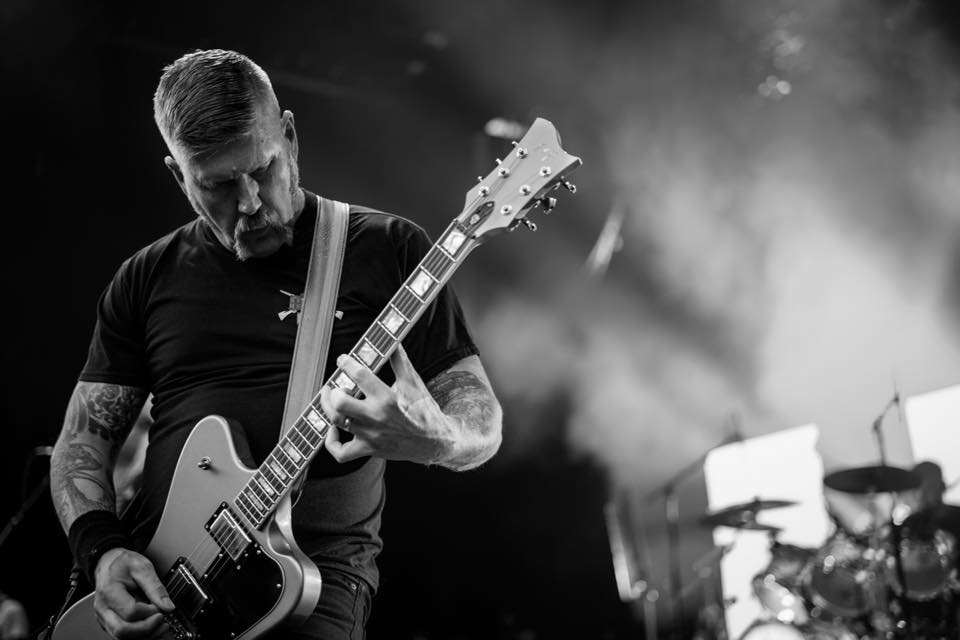 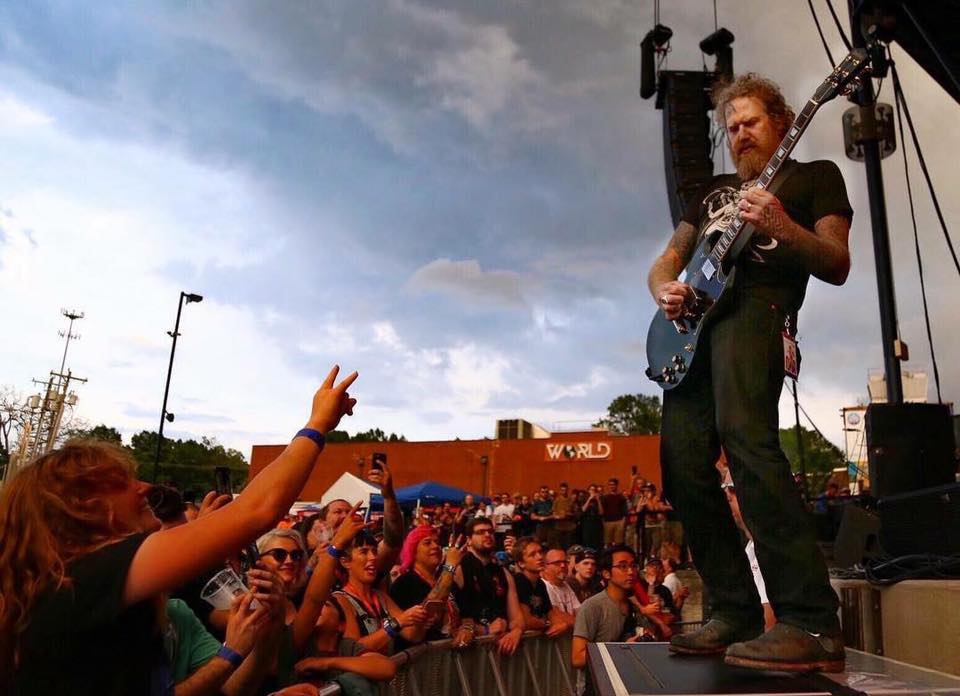 Art is a cyclical beast. The same can easily be said of Grammy Award nominated hard rock juggernaut Mastodon. The group’s four members recognize the importance of life’s omnipresent cycles on their sixth full-length album, Once More ‘Round the Sun. The band orbits around themes of loss and rebirth, twirling a sonic spiral of its signature robust riffing, hypnotically haunting soundscapes, triage of dynamic voices, and thundering seismic grooves. At the same time, this particular collection proves personal for Brann Dailor, Brent Hinds, Bill Kelliher, and Troy Sanders. The very title says something slightly different for each member.

"Quite literally, Once More 'Round the Sun means a year-in-the-life," explains Dailor. "Lyrically, we were discussing things that happened to us recently, whereas in the past we looked further back for inspiration. It's about 365 days in this band. It was a tough and strange journey. We happened to be in the middle of completing a full rotation musically as everything else was going on."

"It's about being a man and trying to survive in the world. You’re facing all of the crazy shit that goes along with it," adds Hinds. "You've got to just keep rolling. It's the daily grind everybody deals with. It's grinding and rewarding."

Kelliher concurs, “A lot of crazy and epic things have happened in the nutshell of the past year. For me, I had recently gotten sober. I really focused my time on writing music instead of drinking and being hung-over. We were in a different space here. Another year has gone by, and we wrote this record.”

Sanders smiles, “The title itself deals with a cycle. Writing, recording, and touring are kickass experiences that we get to relive over and over again. We’ve got the ability to strap it on and go out another time. I look forward to riding this out once more with my three friends.”

Mastodon’s own collective cycle encompasses a staggering string of accolades. Whether it’s the public endorsement of peers as diverse as Metallica, Pearl Jam, Queens of the Stone Age, CeeLo Green, and Feist or unanimous praise from the likes of Time and Rolling Stone, the band continue to make an impression at every turn. 2011’s The Hunter saw them achieve their highest chart debut yet, reaching #10 on the Billboard Top 200, while the single “Curl of the Burl” notched their second Grammy Award nomination in the category of “Best Hard Rock/Metal Performance”. In between scorching stages everywhere from Sonisphere and Download to Bonnaroo and Coachella, they scored the Josh Brolin sci-fi western Jonah Hex and have been sought out for soundtracks including Pixar’s box office smash Monsters University. As far as rock ‘n’ roll goes, their legacy irrefutably stands alone. However, that legacy expands yet again with Once More ‘Round the Sun.

In order to uphold a modus operandi of experimentation and evolution, the boys enlisted the talents of super producer Nick Raskulinecz (Foo Fighters, Rush, Alice In Chains, Deftones, etc.) for the very first time. They holed up in his Falcon Rock studio in Nashville throughout the fall of 2013, cutting what would become Once More ‘Round the Sun. Given his passion for the band, Raskulinecz immediately clicked with the musicians.

“He was very hands-on,” says Sanders. “We were fans of the Deftones and Alice In Chains records he’d done, and we initially met him during the BlackDiamondSkye tour. He literally called Brann every six months reminding us that he was on the hunt to work with us when we were ready. This was the right time.”

“He was like a coach,” Kelliher goes on. “He brought some energy to the band. I remember he was like, ‘You guys are Mastodon. You’re one of the biggest bands in metal. Give me some of those chunky and thick riffs!’ He let us be who we are.”

It’s indisputable that Once More ‘Round the Sun is Mastodon through and through. Kelliher’s twelve-string acoustic guitar ominously heralds the record’s onset during album opener “Tread Lightly” just before crashing into an unmistakable roar from Sanders. Hinds churns out a psychedelic slide guitar solo during the title track that entwines with Dailor’s drums in entrancing, yet enigmatic union. The Kelliher-penned first single “High Road” pummels with an intense polyrhythmic guitar groove before snapping into another unshakable refrain from Dailor.

Kelliher explains, “I wrote that on a day off while we were on tour in Luxembourg. I was sitting in this rainy city on a Sunday. Nothing was open. I felt like I needed to write something to reflect how I was feeling. I started banging on a guitar. I was thinking Neurosis and The Melvins low-tuned with a little more pop sensibility for the chorus.”

“You can headbang to that one for days,” grins the drummer. “I love the simplicity of it. Lyrically, it’s an angry number where you want to see someone destroyed. It’s heavy-handed in that sense, but it’s the fantasy I felt at the time.”

Then, there’s “The Motherload”. Sharring vocal duties between Dailor and Sanders the track cruises from a propulsive six-string onslaught into an riveting chorus—one of the band’s biggest to date. “That one is personal for me,” Dailor admits. “It’s not wanting to lose someone and the powers-that-be are trying to take that person away, or the world is just against it. You’re doing everything you can and scrambling to hold on and salvage it.”

Nodding to their roots, “Chimes At Midnight” sees Sanders call out the words “Hearts Alive”, making a connection to the centerpiece of the band’s critically acclaimed 2004 breakout Leviathan. He reveals, “I never repeated a line on purpose, but I felt like it was time to!”

On the other end of the spectrum, Hinds delivers a raucous and raw departure in the form of “Halloween”. Wielding a thrashed-up punk riff, the song eventually explodes into incendiary soloing from the axeman in homage to his favorite holiday. However, the biggest surprise comes during “Aunt Lisa”, an anthemic send-off to Brann’s late aunt featuring Atlanta femme punks The Coathangers on a rousing gang vocal.

“This one came out pretty effortlessly. It’s about Brann’s Aunt Lisa, her wild spirit, and free personality. I love what The Coathangers did. They’re good friends of mine, and they owed me a favor because I got the Mastodon guys to dance around like girls in their video,” chuckles Hinds.

Brann continues, “My aunt liked anything I did. She definitely lived life to the fullest. If she walked in the room, all eyes were on her. I loved it. I don’t think I’ve ever come across energy like that before, and I don’t know that I will. You never knew what was going to happen when she was around. She had a huge impact on my life. I didn’t get to say goodbye to her properly. This is me trying to say goodbye.”

Everything culminates on the expansive finale “Diamond in the Witch House”. Boasting a vocal call-and-response between Sanders and Neurosis’s Scott Kelly, on his fourth Mastodon collaboration, the track unfolds in cinematic fashion over eight minutes punctuated by Kelliher’s hulking riffs. “It’s about the fragility of taking responsibility,” admits Sanders. “That’s what happens when you have kids. Precious lives are in your hands and dependent upon your actions. The idea spun from that. It’s about proving your worth and prevailing.”

Mastodon continue to prevail artistically, and this particular rotation, Once More ‘Round the Sun, upholds that tradition of progression. “We’ve built a band that’s been able to morph, evolve, and change,” Dailor concludes. “Our fan base expects greatness, but they also expect things to be weird and different. I feel confident that we’ve risen to that challenge.”

Hinds leaves off, “It would be nice if people walk away enjoying the listening experience. That’s the ultimate goal. It’s interesting to see. One thing I know for sure.they can’t walk away and say it’s not original.” 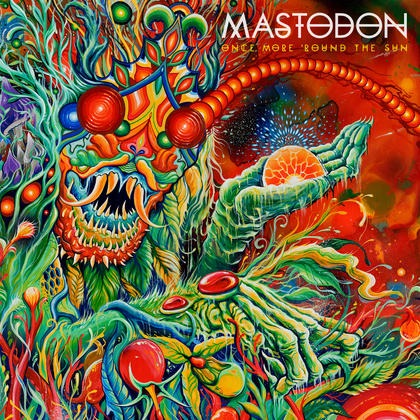 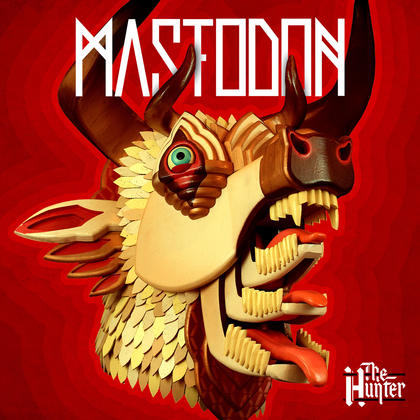 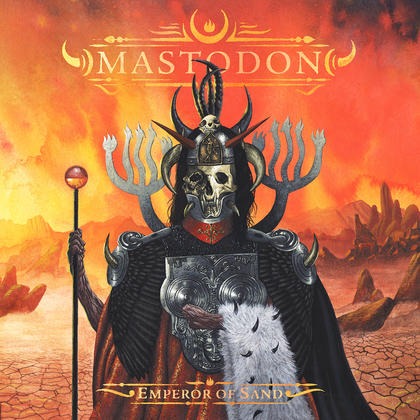 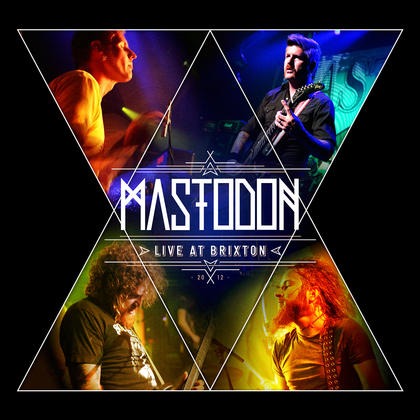 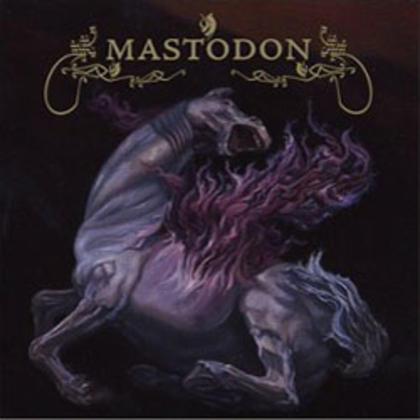 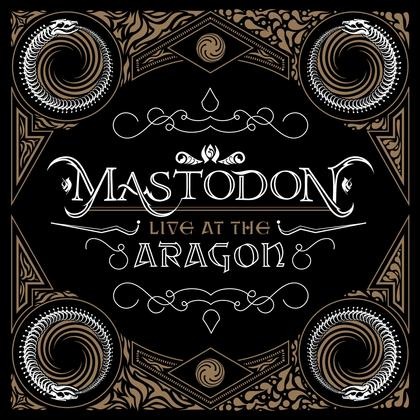 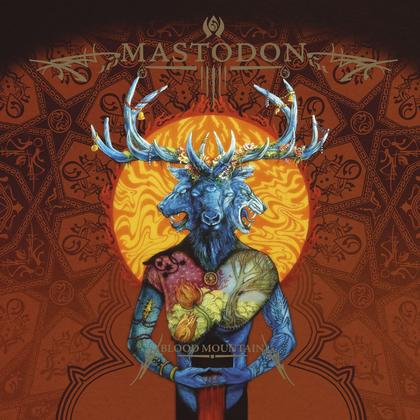 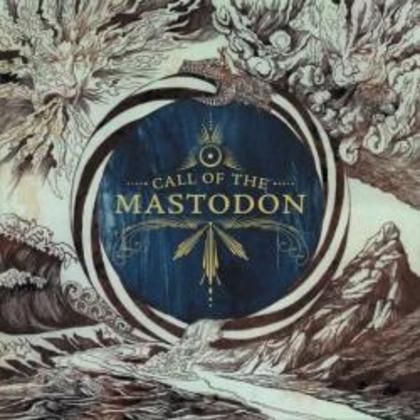 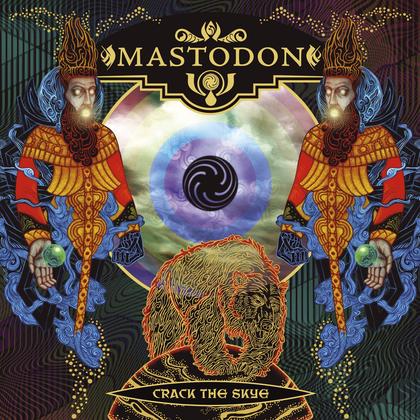