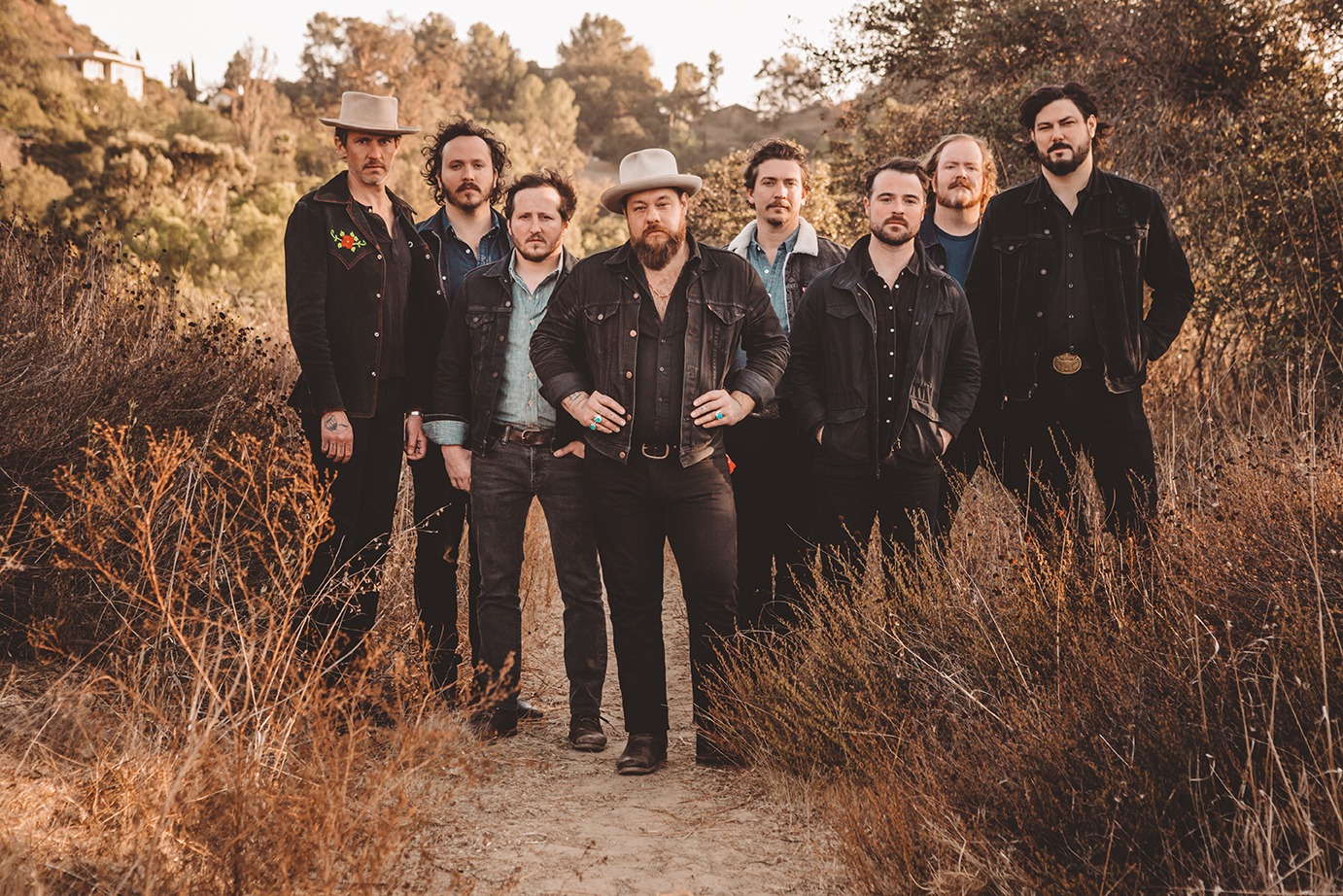 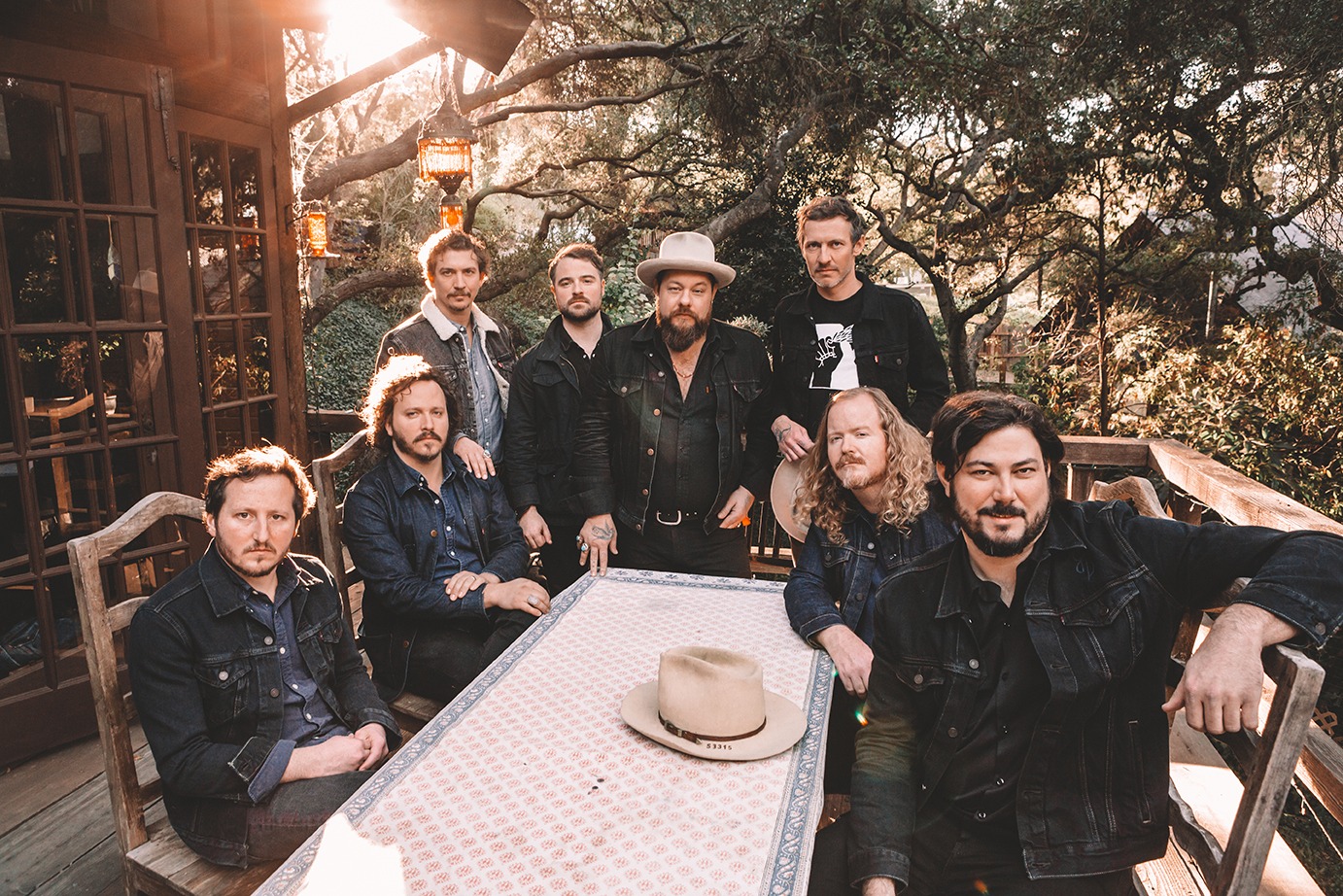 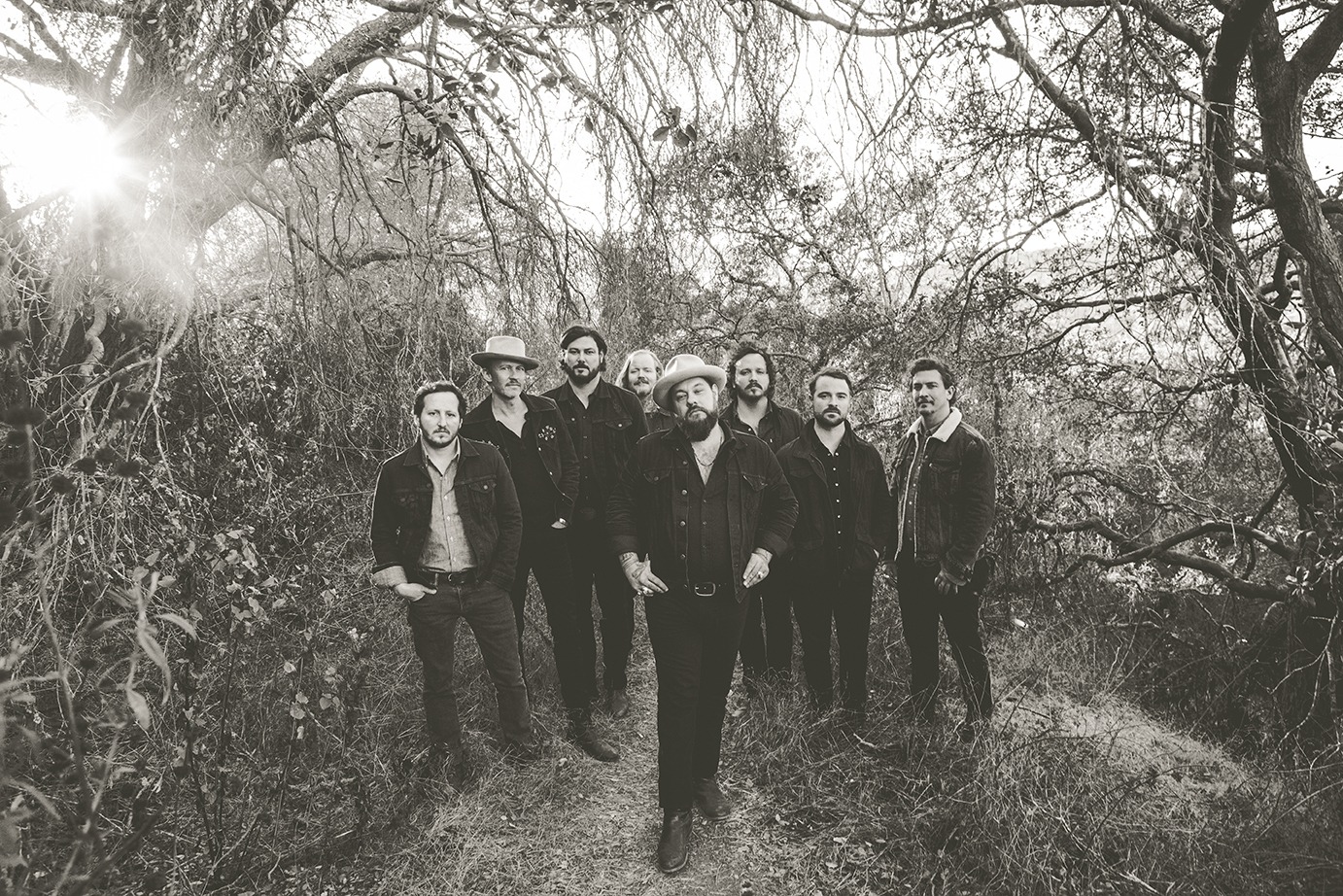 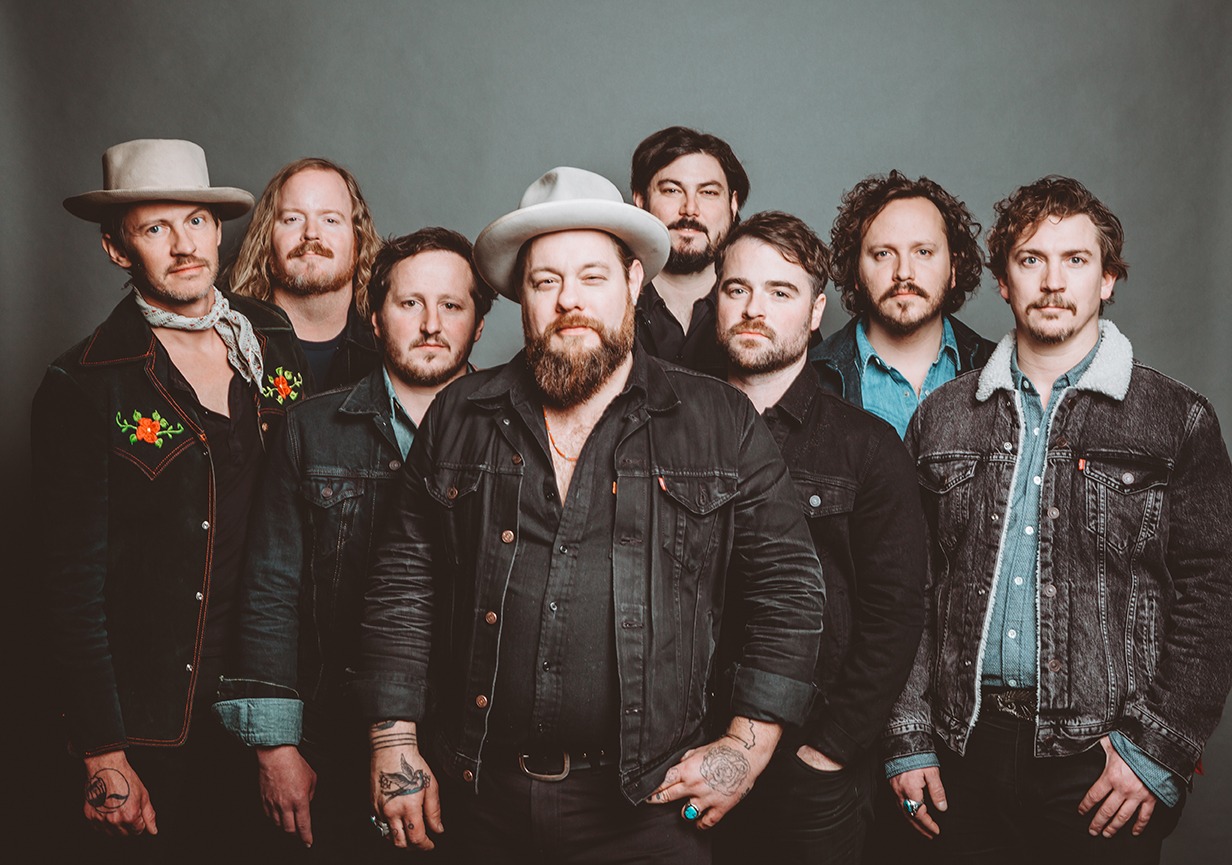 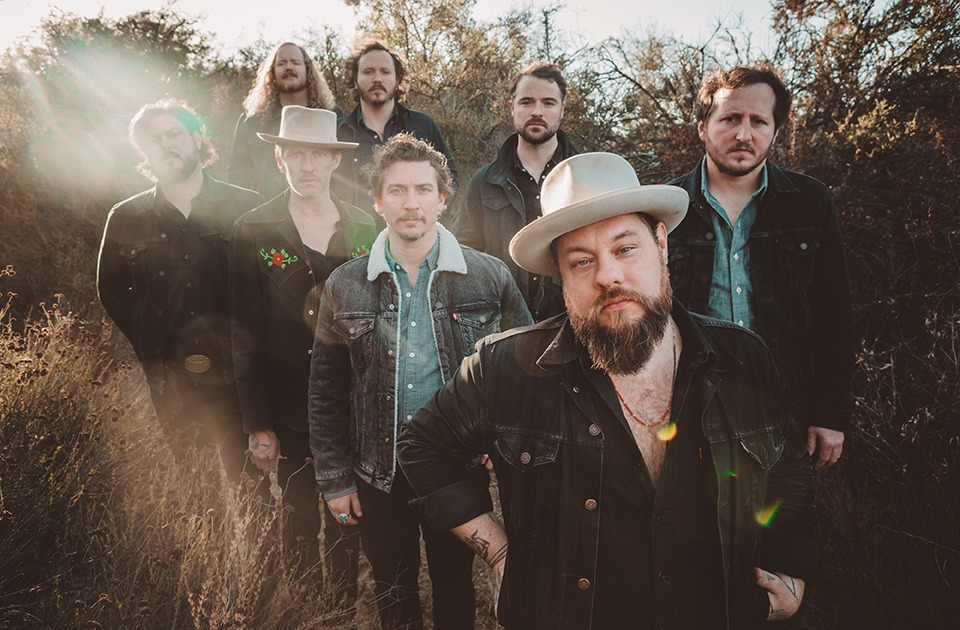 ”For a long time I always had to go off on my own,” says Nathaniel Rateliff of his creative process. “For the first Night Sweats record, I demo’ed everything up and created most of the parts. But for this new record, I felt like we’d all spent so much time on the road that we should all go off somewhere together. We should have that experience together. I wanted the guys to feel like they were giving something to the project beyond just playing.”

In other words, the Missouri-bred, Denver-based frontman wanted to make the band disappear along with him—out in the middle of the desert at first, and then deep in the woods. The result is the aptly titled Tearing at the Seams, a vivacious and inventive full-band record, with significant contributions from all eight members of The Night Sweats. These songs are grounded in old-school soul and r&b but are far too urgent for the retro or revivalist tag. There are familiar elements of soul and garage rock, but also jazz and folk and even country: the crackling energy on opener “Shoe Boot,” the cathartic sing-along of “Coolin’ Out,” the melancholy folk of the closing title track. “The future of this band is to take everything we’ve ever done in the past and just do it with our own little twist,” says Rateliff. “I hear that in my favorite bands. They just sucked everything up.”

Like his heroes, Rateliff has always been an omnivorous listener and player. Growing up in Hermann, Missouri, a small town with a booming tourism industry as well as a rampant meth epidemic, he started his music career playing in his family’s band at church, but that came to a tragic end when his father was killed in a car accident. Music became an obsession for him and his friends. “We would walk around these deserted country roads and talk about music all the time, how it can change the world and how it could change our world,” recalls Night Sweats bassist Joseph Pope III. “Music was what we thought would save us.”

In 1998 Pope and Rateliff moved to Denver where they worked nightshifts at a bottle factory and a trucking company while testing out their songs at open-mic nights. Their first band, Born in the Flood, attracted some major-label interest, but the pair had moved on by then, gravitating from heavy rock toward a folksier sound. Rateliff released an album on Rounder Records with a backing band called The Wheel, but despite the critical success of that and subsequent albums, he was still trying to find the right sound, the right outlet for what he needed to say.

A set of rough demos recorded in the early 2010s and based on old Stax and Motown records pointed Rateliff in a new direction. “That old soul stuff meant a lot to him when we were young,” says Pope. “Of all the projects we had done and all the different genres we had played, this was the most natural thing I’d heard him do. It sounded like it came from a really deep place in him, but it took this really meandering path to come through.”

Those demos eventually developed into the band’s 2015 self-titled debut, which became a massive hit and pushed them out on the road for two long years. Nathaniel Rateliff & The Night Sweats blasted their way through hundreds of shows in North America, England, Ireland, and Australia, and they played Coachella, Farm Aid, Newport Folk Festival, and the Monterey Pop Festival’s 50th Anniversary. The crowds grew larger with every show and The Night Sweats grew tighter and more vigorous.

In May 2017, they brought that same boundless energy to the opens plains and prickly cacti of Rodeo, New Mexico, where the entire band disappeared for a week to write songs for their follow-up. “We just did what we like to do best,” says Rateliff, “which is hang out and be a family.” They recorded a number of demos, some complete songs and others fragments or just ideas, but all were anchored by the preternaturally tight rhythm section of Pope and drummer Patrick Meese, then buoyed by the rambunctious keyboard runs from Mark Shusterman and the textural guitar riffs of Luke Mossman.

It was a sunny setting for emotionally overcast music. Together, The Night Sweats created a set of songs that comprise both an r&b party record and deeply personal confessional from Rateliff, who penned all the lyrics. The album recounts moments in the last few years of his life, some good and others not so much. “I remember finishing one song and just losing my shit and breaking down. These songs are so personal, but not everyone will get that. I get to leave little secrets in there for myself, so that everybody else gets to have their own individual interpretations of the songs.”

From New Mexico, The Night Sweats headed north to rural Oregon, specifically to the home studio of producer Richard Swift, who has helmed records for The Shins and Foxygen in addition to The Night Sweats’ debut. “He’s like a brother to me,” says Rateliff. “We hit it off during the last record. I feel like I get what Richard’s trying to do and he gets me. And his studio doesn’t really feel like a studio. It’s in this little building behind his house. That’s why I like it so much.”

In that tiny space The Night Sweats jammed hard, building off the demos they’d recorded in Rodeo. Often Swift would get dynamic takes without the band realizing he was even recording, which creates a loose, live sound on Tearing at the Seams. “Sometimes it just takes time for songs to reveal themselves to you,” says Rateliff. “You try not to get in the way of the songs and just let them be what they need to be or what everybody understands them to be.”

That’s how “Hey Mama” evolved from an acoustic guitar riff Rateliff devised in one of hundreds of green rooms the band has occupied pre-show into one of the catchiest songs on the album. He admits he wasn’t satisfied with his first stab at lyrics and melody, but “everybody in the band would walk around singing that melody and I’m like, Goddammit! I have to write a new melody! But if everybody’s singing it, it must be okay.”

The band took several cracks at “Intro,” a showstopper that opens the second side with a pretzel horn riff courtesy of tenor saxophonist Andy Wild and trumpeter Scott Frock. A few measures later, Jeff Dazey unfurls a blazing alto sax solo. “We played that song live for a while,” says Rateliff. “It was a jam we came up with before we were really a band. We tried to record it so many different times in so many different places, but it never turned out the way we wanted it to sound. Finally, we just put it together at Richard’s one night. It was a drunken mess, but we got it.”

The album shows The Night Sweats tearing at their own seams, at their own sturdy sound, at their long-held definitions of friend and family and band. It’s an album that builds on the sound of their debut but dramatically redefines what they can do and where they can go next. Says Rateliff, “I want—and I need—everybody to feel like they’re a part of this band. I want them to feel like they’re contributing artistically and emotionally to the experience of writing and creating this music. We’ve all had to make sacrifices to be in The Night Sweats, and I want them all to know that it’s worth something.” 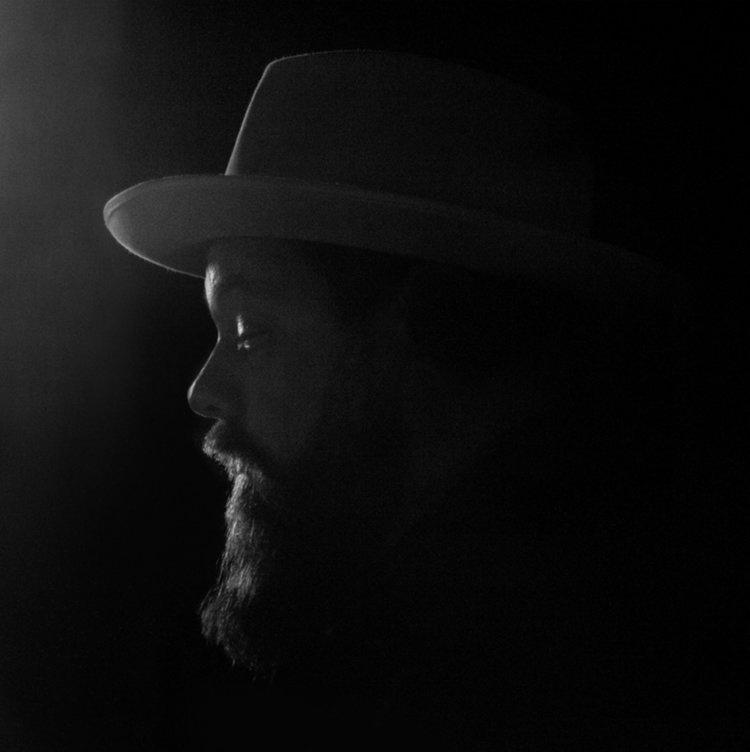 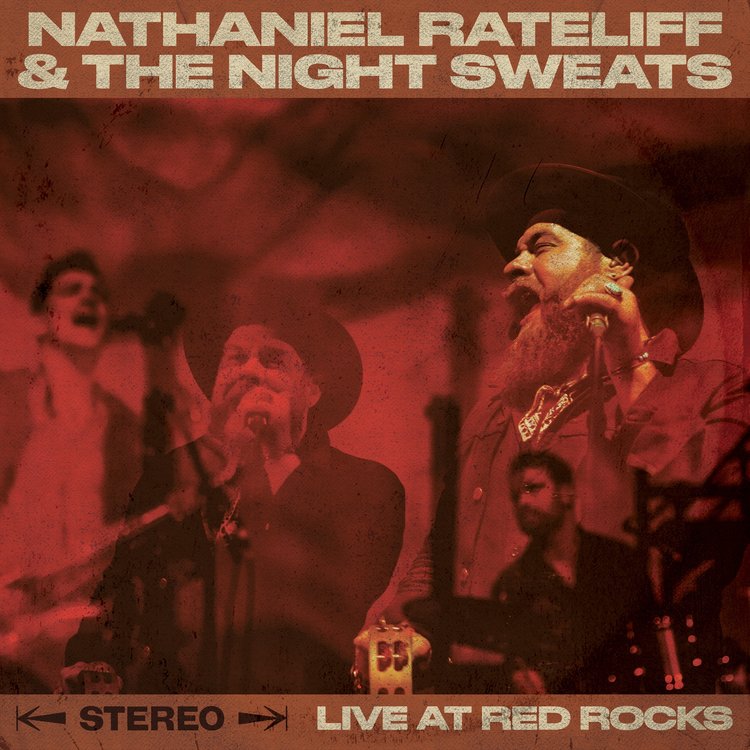 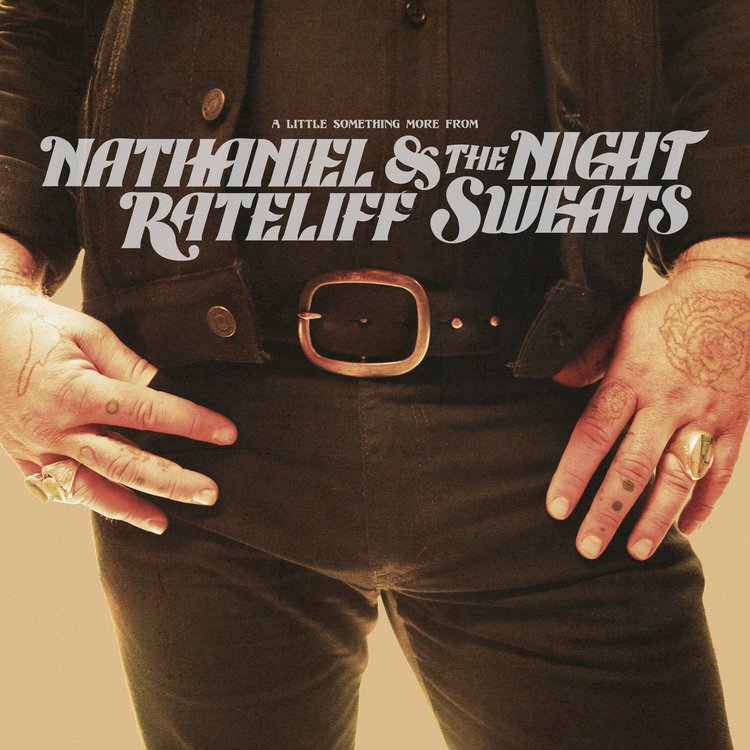 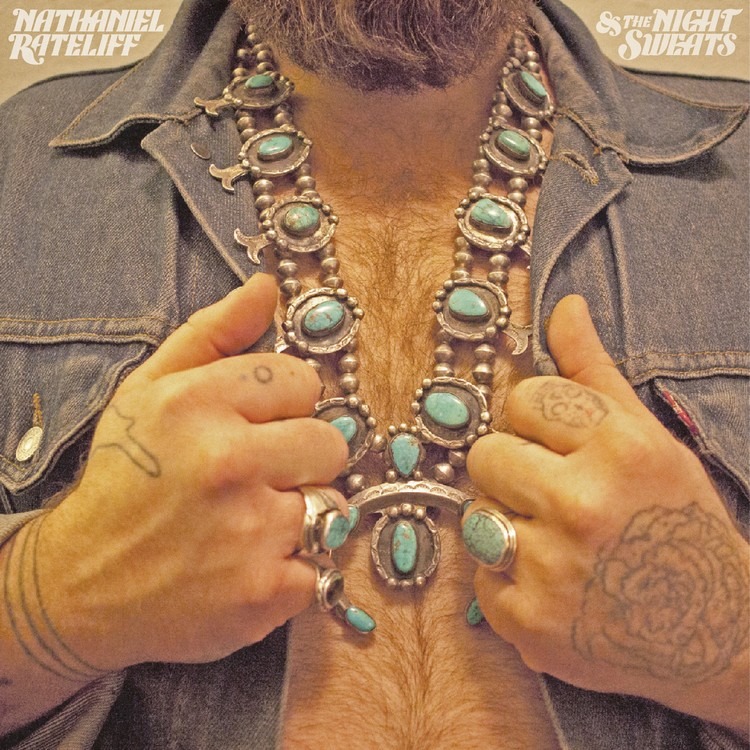 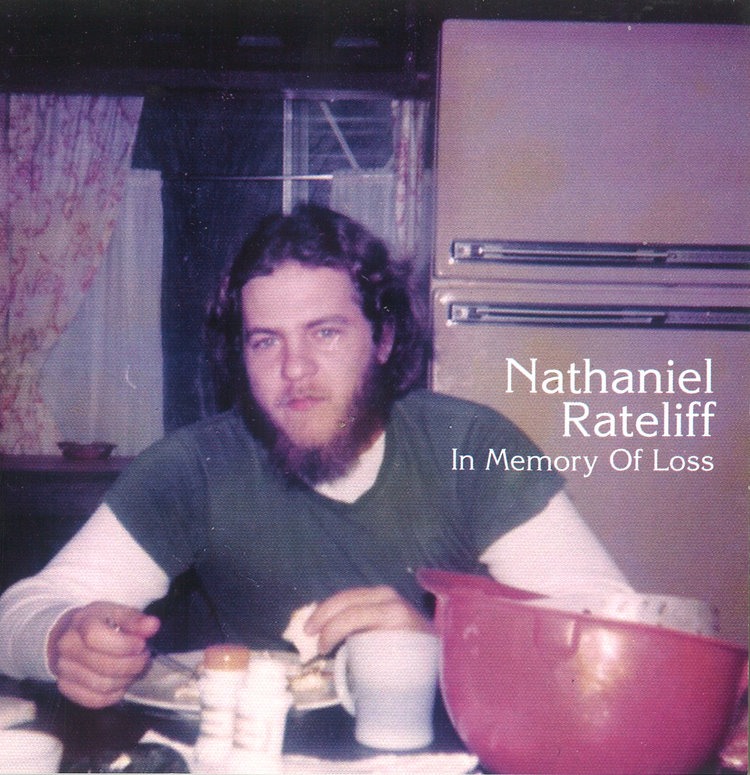 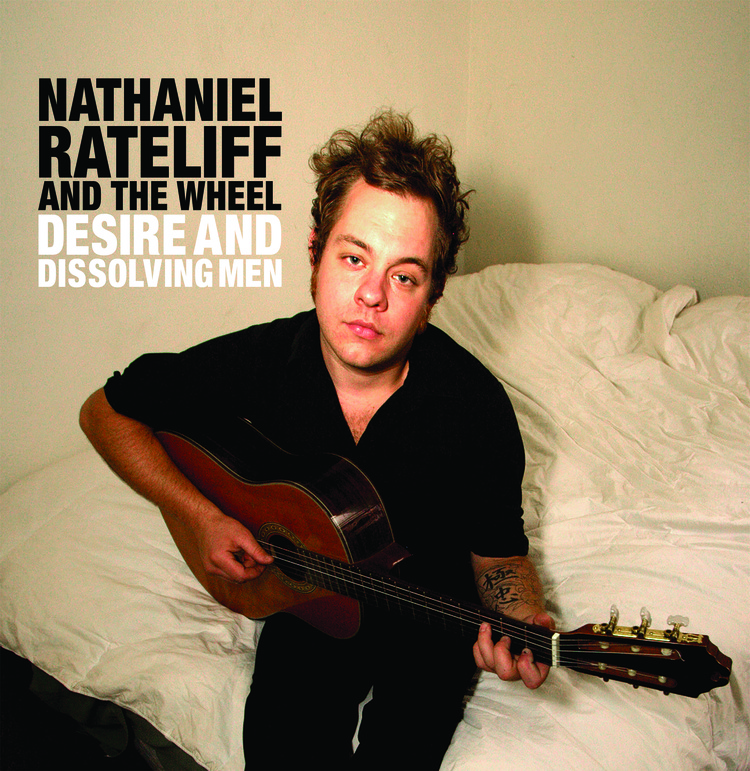 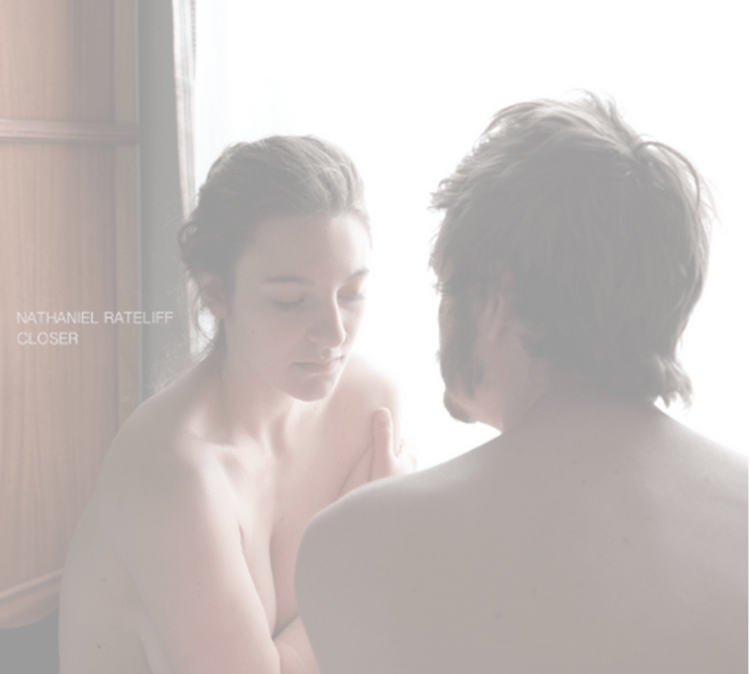 Nathaniel Rateliff & The Night Sweats - You Worry Me (Music Video)

NRateliffVEVO
We use cookies on our website to give you the most relevant experience by remembering your preferences and repeat visits. By clicking “Accept”, you consent to the use of ALL the cookies.
Cookie settingsACCEPT
Manage consent