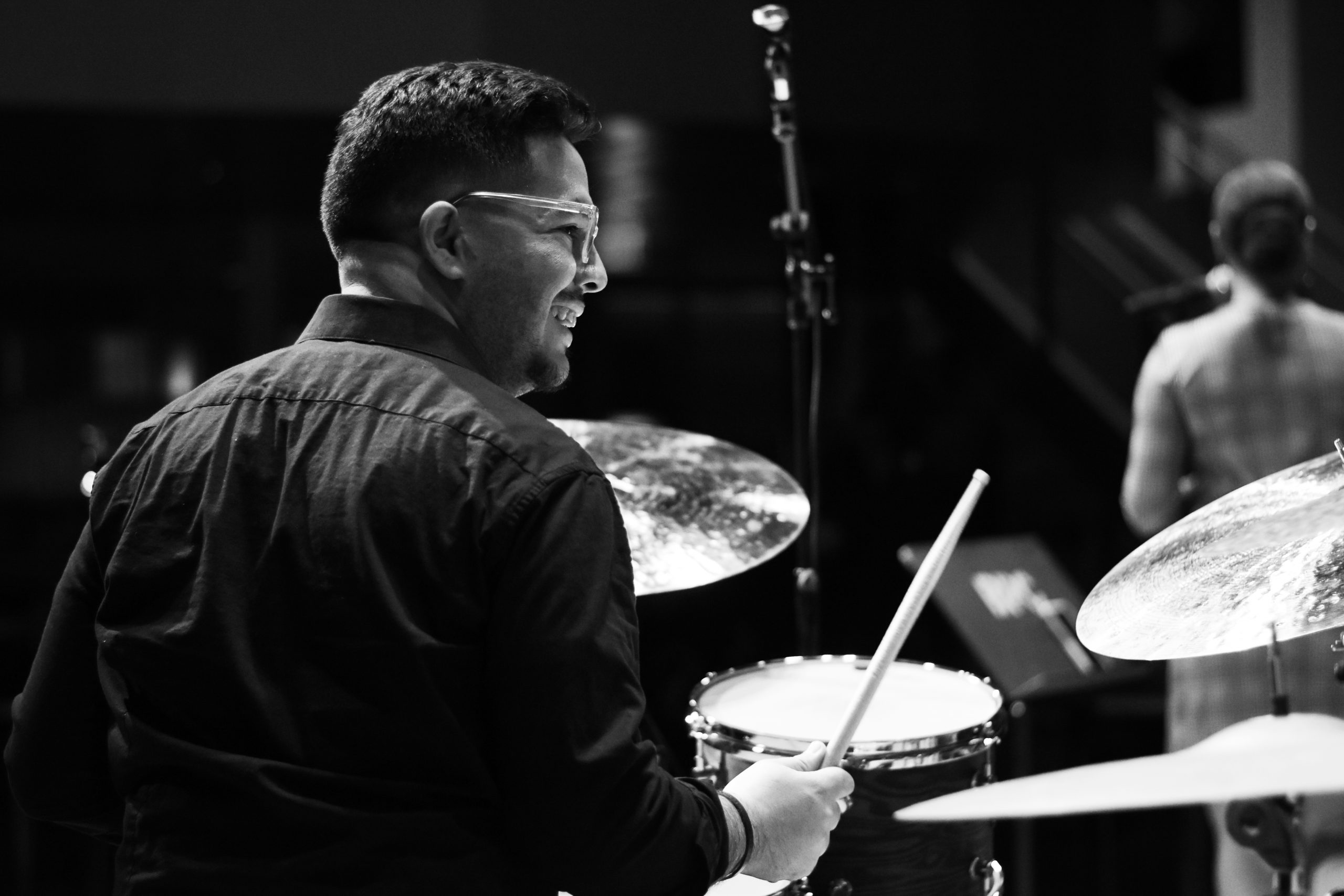 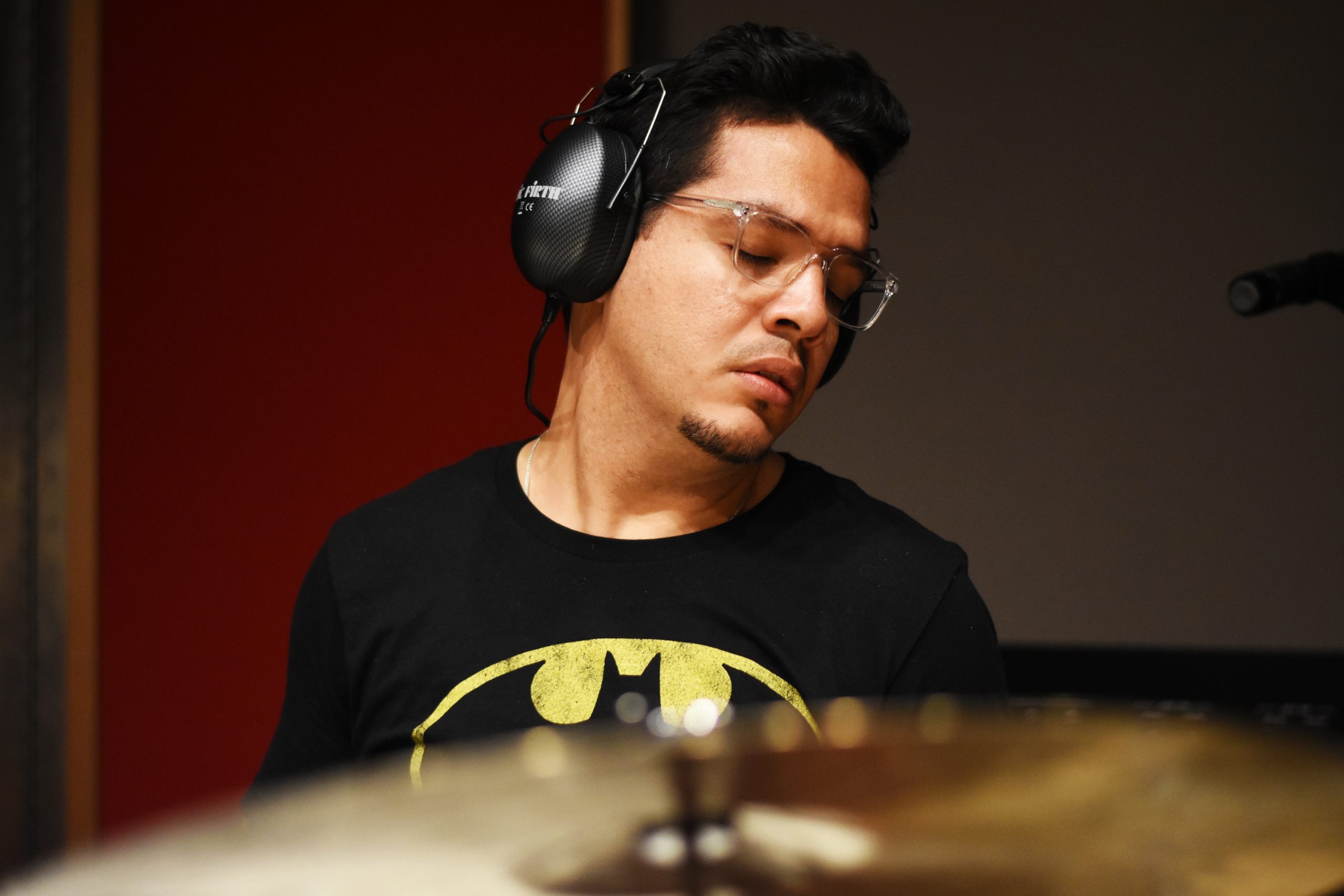 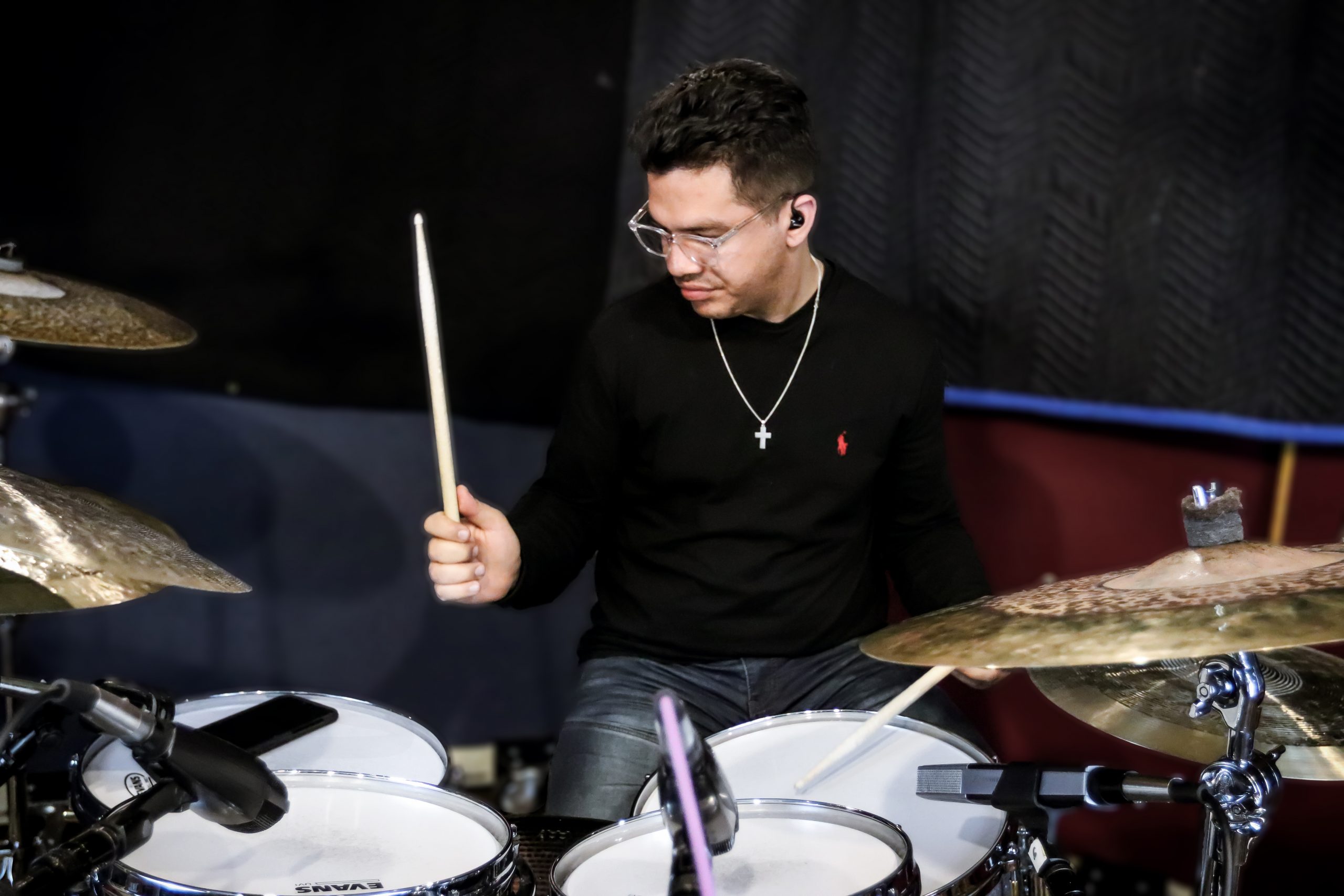 Vlade Guigni began his professional drumming career in 2003 at the age of 18, back in the Dominican Republic, where he is originally from. He has worked and collaborated with an extensive list of artists from the jazz, gospel, fusion and studio music scene from his native country, and the international scene. The list includes Latin Grammy® award winner Danilo Montero, Multi-Grammy® nominated artists Dave Liebman, Gerald Clayton, Anat Cohen, Tia Fuller and Darcy James Argue, Latin Grammy® nominated singers Lilly Goodman, EliaCiM and many other great artists like George Garzone, David Gilmore and Leo Blanco, just to name a few. Vlade was the house drummer for “El Show Del Mediodía” TV Show, considered one of the most important entrainment shows in the DR with more than 75 years of history.

​In 2012 while having a busy year co-leading 2 jazz projects in the DR, “Legacy Trio” and “Mettro-Jazz”, persuaded by many of his colleagues, he took in an international opportunity to expand his knowledge. At the age of 27, recommended by world class Multi-Grammy® award winner Michel Camilo he received an incredible scholarship for the prestigious Berklee College of Music, then he took a pause on his career and moved to Boston Massachusetts. Vlade took lessons with world-renowned musicians such as Terri Lyne Carrington, Neal Smith, Ralph Peterson Jr, Henrique De Almeida, Ian Froman, Billy Kilson, Ed Tomassi, Tia Fuller, Greg Hopkins, Prince Charles Alexander and many others.

While at Berklee, Vlade was accepted into the Berklee Global Jazz Institute, an organization that is composed of top jazz musicians in the world. Faculty includes Marco Pignataro, Danilo Perez, Terri Lyne Carrington, John Patitucci, Joe Lovano, Ben Street, Adam Cruz, among others. The Global Jazz Institute focuses on using the music as a tool for social change. Global travels around the world playing and contributing in several jazz festivals.

In 2015 Guigni was part of a huge international educational project lead by world class producer Latin Grammy® award winner Enrique Gonzalez Müller. This was Berklee Online first MOOC completely in Spanish, available for free. So far the course has enrolled more than 12,000 students around the world and it has been running for almost 4 years. Vlade is featured through the whole course as a player in all the examples and also he takes part offering his opinion during the conversation topics of this course.

​Currently, Vlade plays with different artists in the East Coast area and he also leads his own band. He has released his first album "Elevation" and is now the process of writing for his second one. At the same time he has gained online presence on social media doing several collaborations with the drum companies he represents and also putting out his own content which has led him to perform clinics and masterclasses around the USA and the international scene. Vlade Endorses Pearl Drums, Meinl Cymbals/Sticks and Percussion, Evans Drumheads, Earthworks Microphones, Antelope Audio, SlapKlatz Drum Gel Dampeners, Big Fat Snare Drum, TNR Products, CRS Cymbal Resonance System and KBrakes. 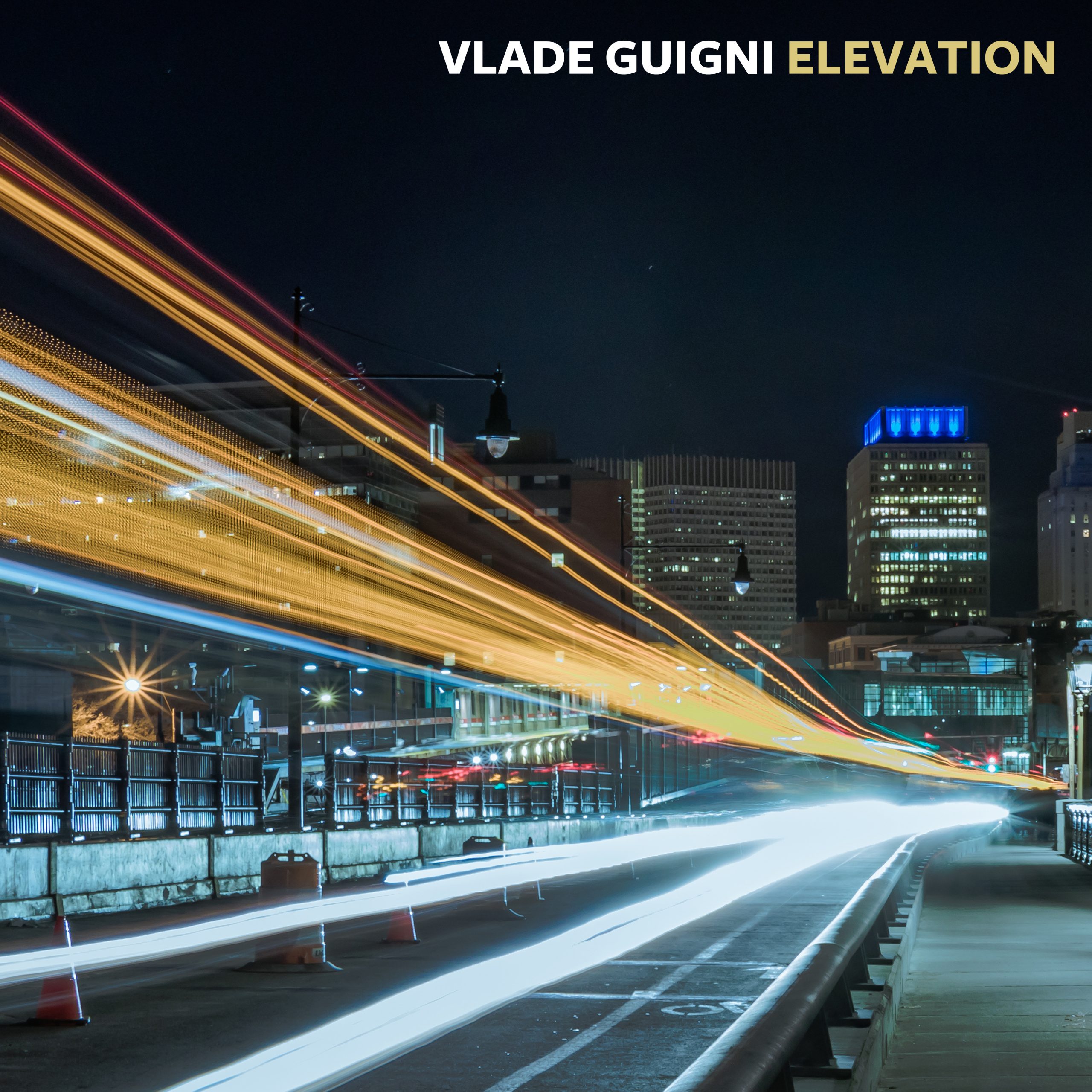 MEINL Cymbals
We use cookies on our website to give you the most relevant experience by remembering your preferences and repeat visits. By clicking “Accept”, you consent to the use of ALL the cookies.
Cookie settingsACCEPT
Manage consent