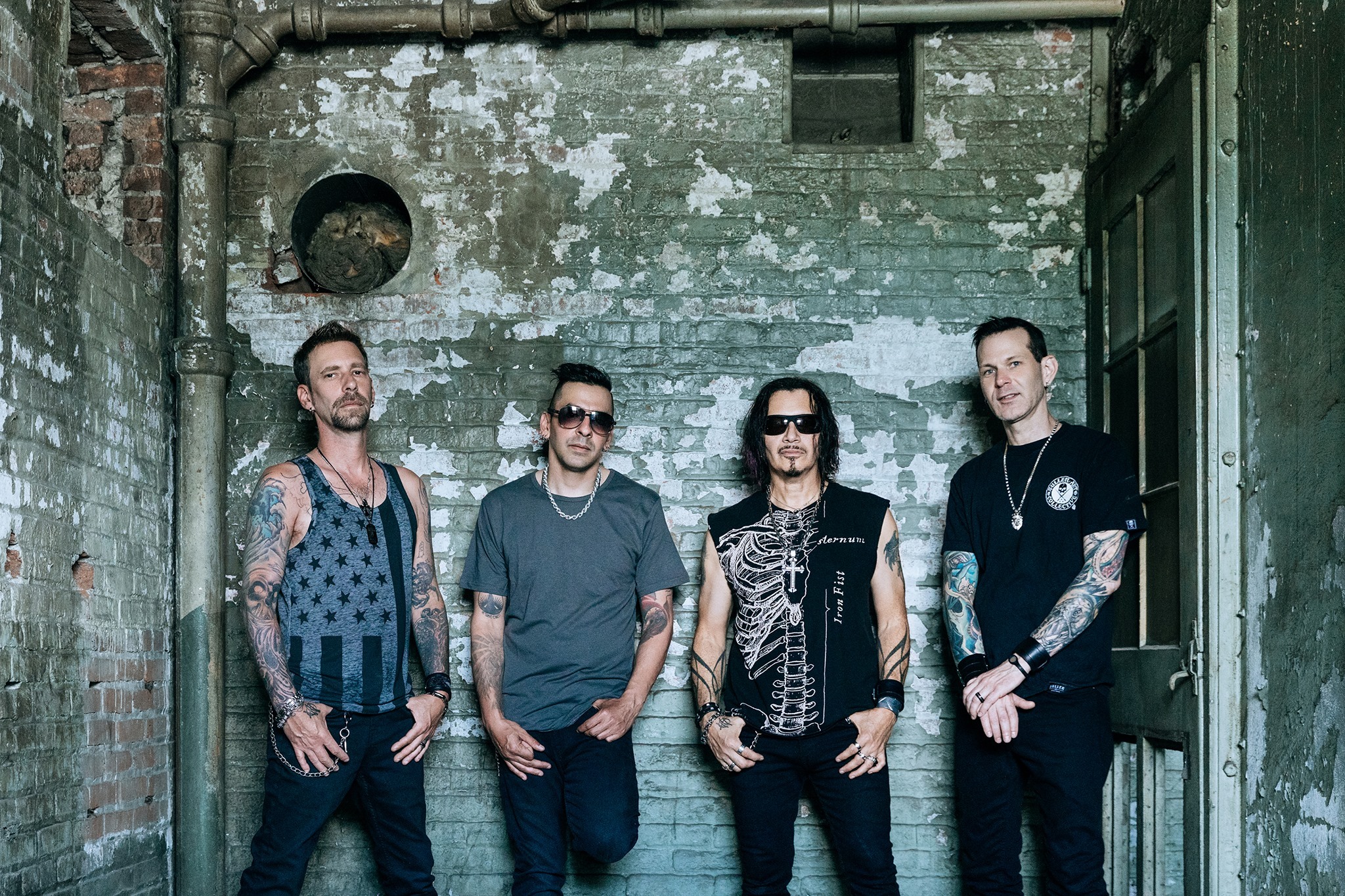 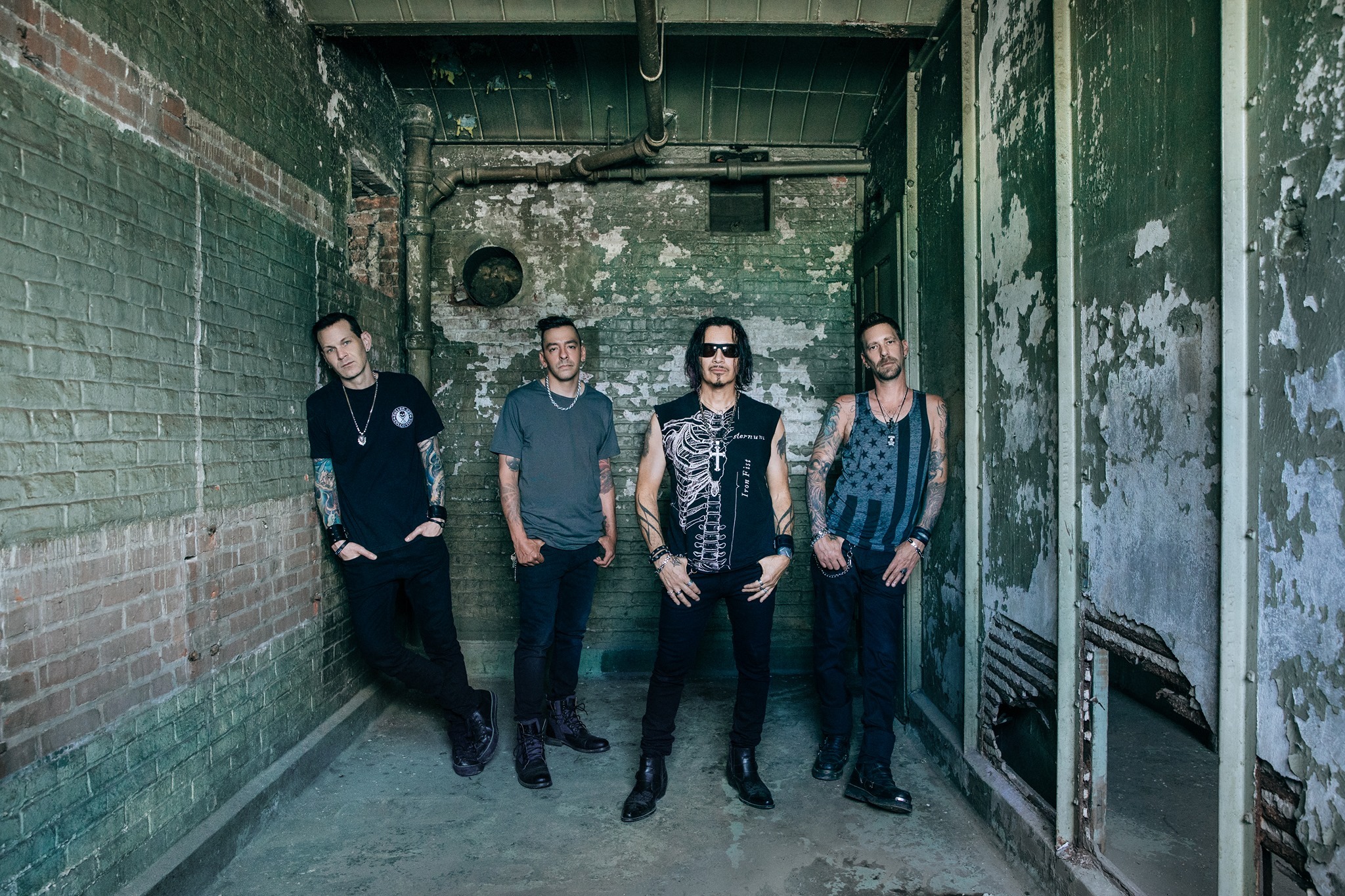 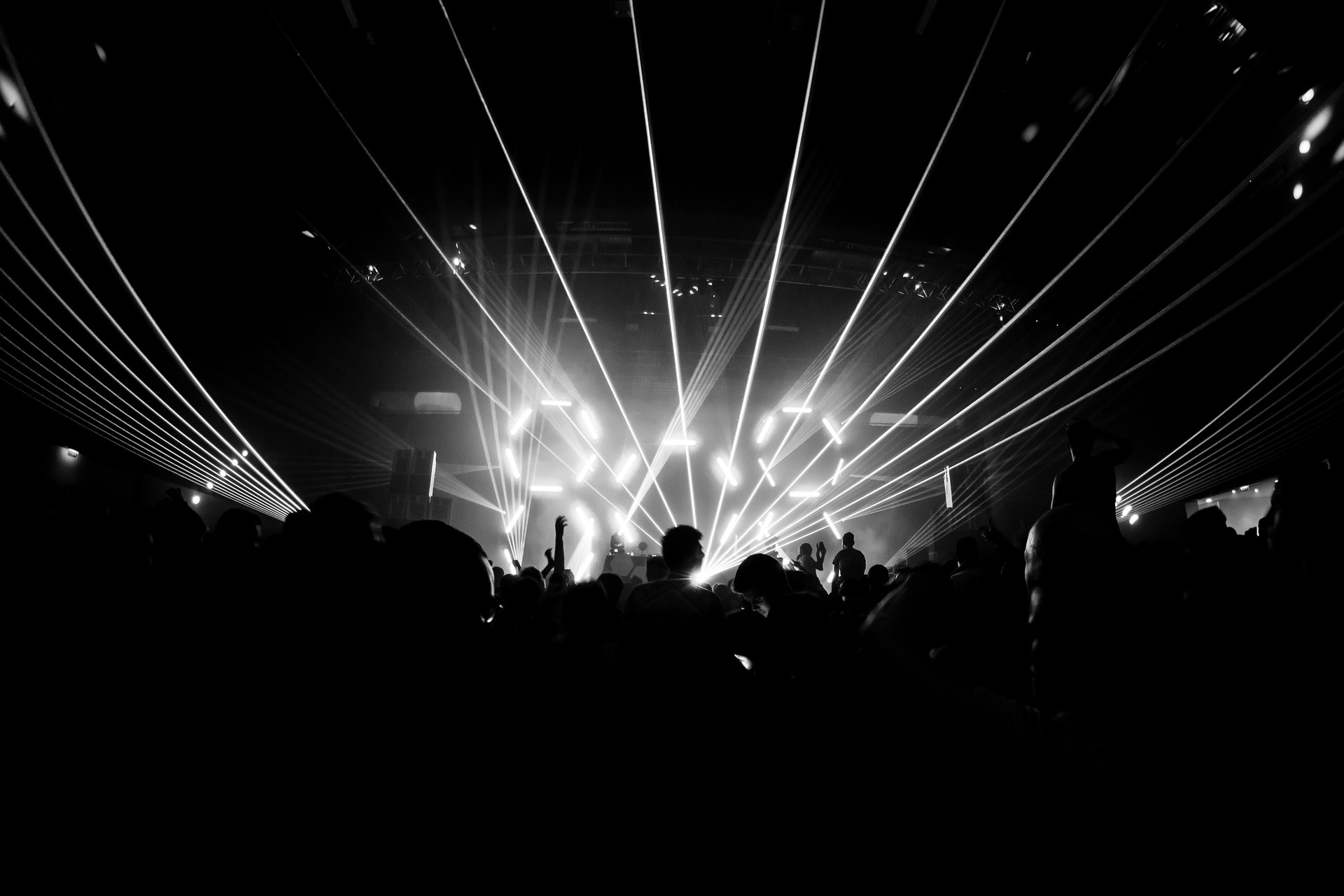 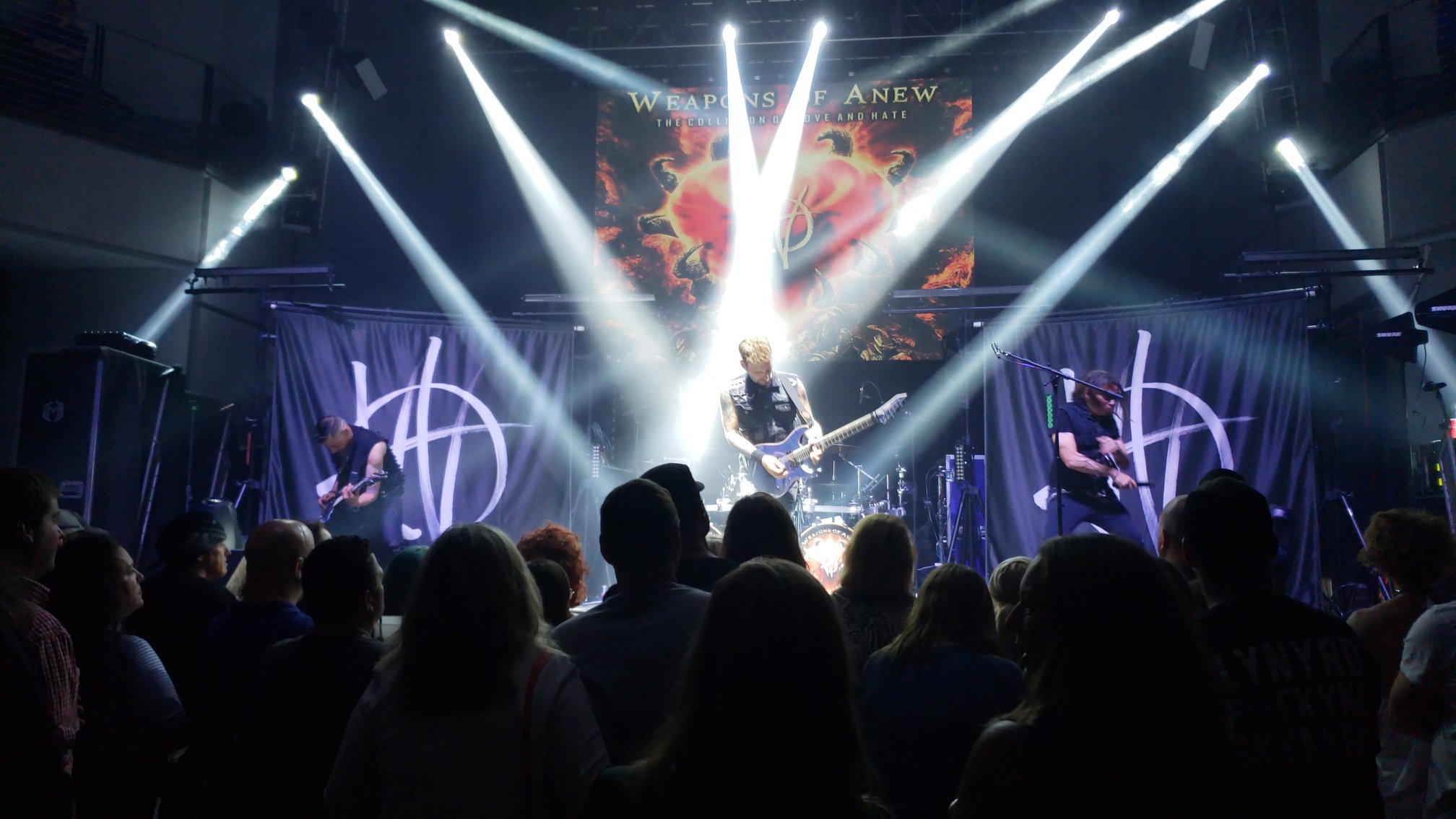 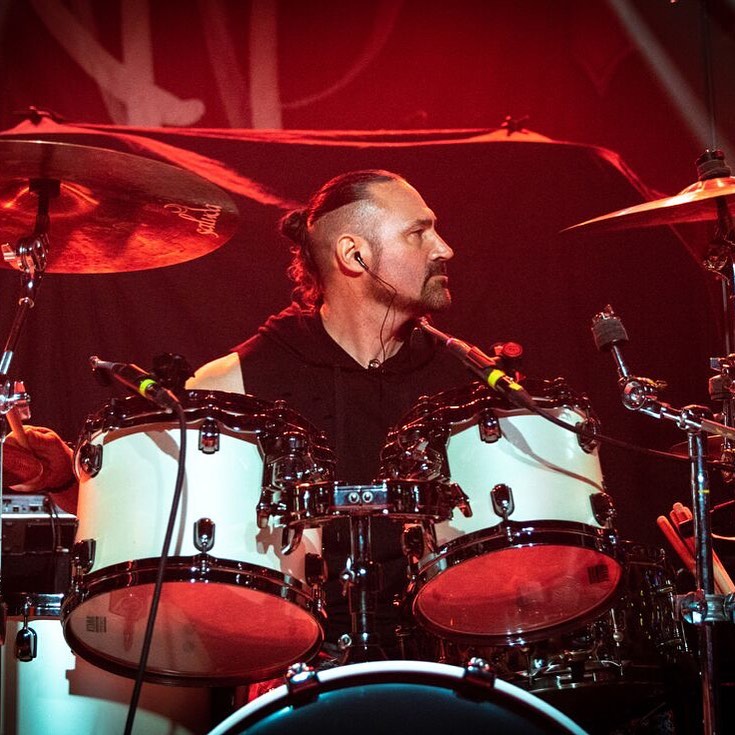 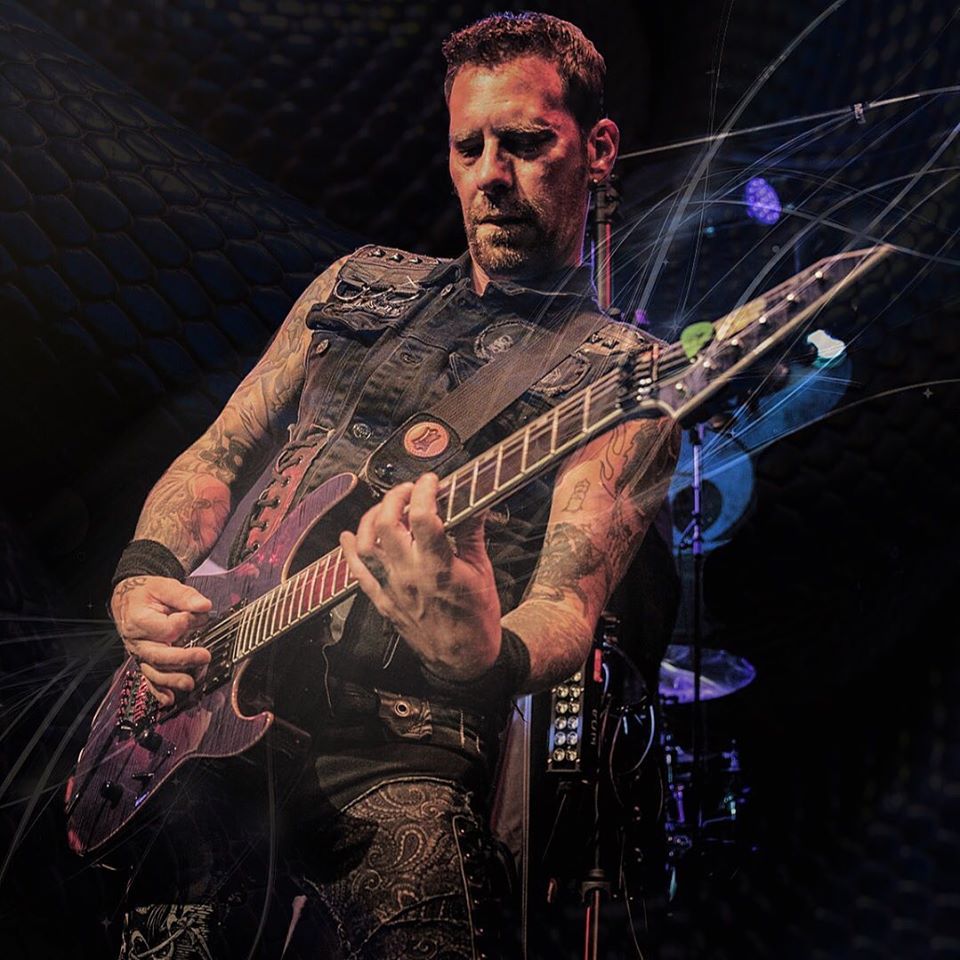 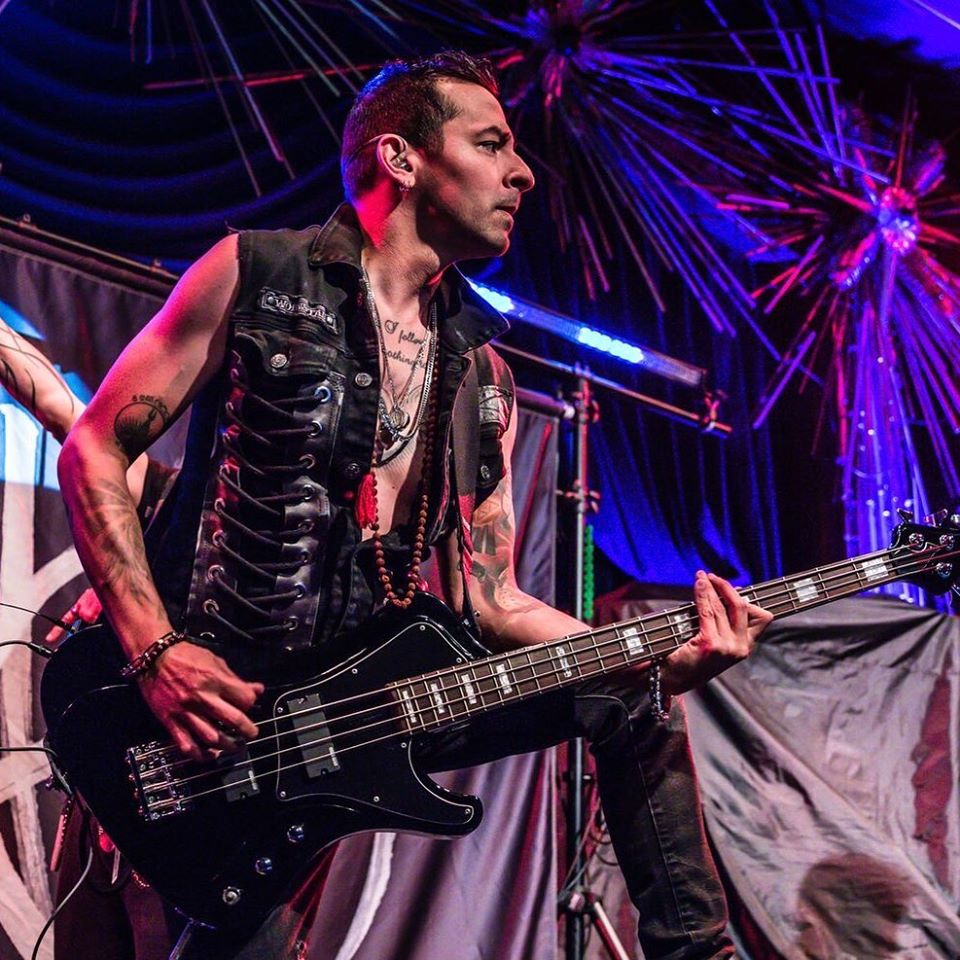 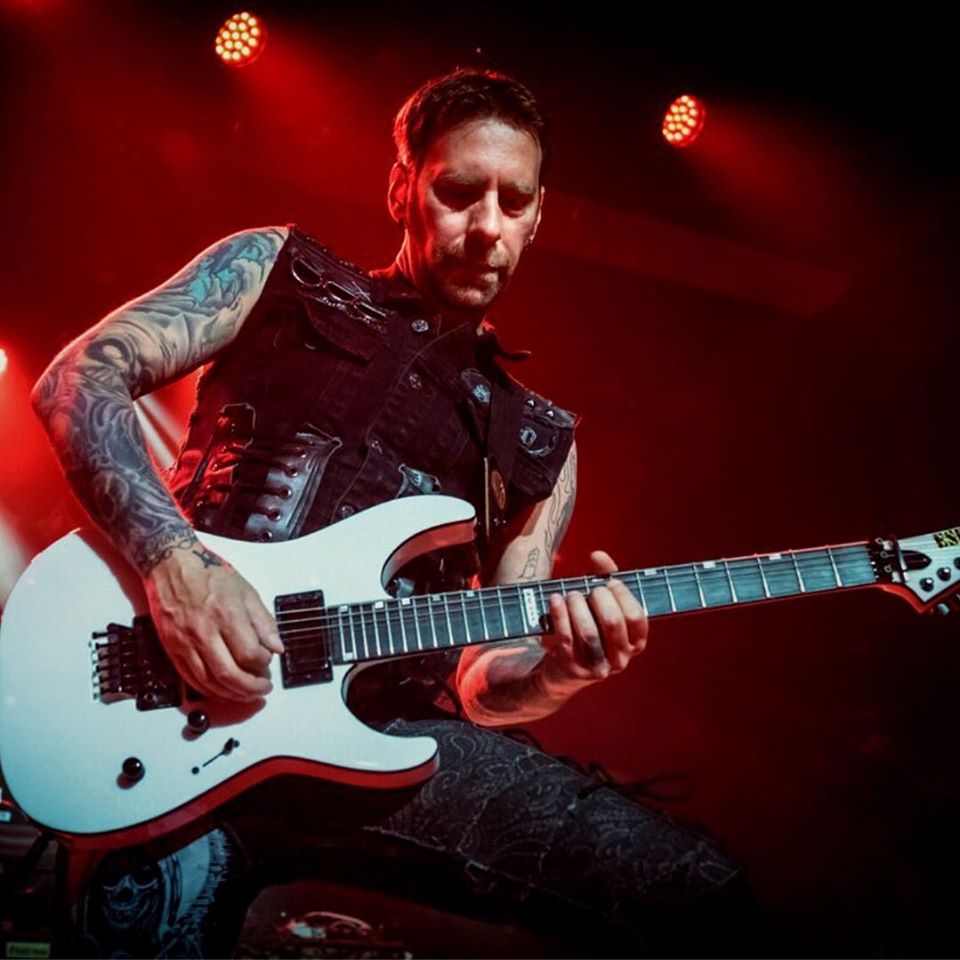 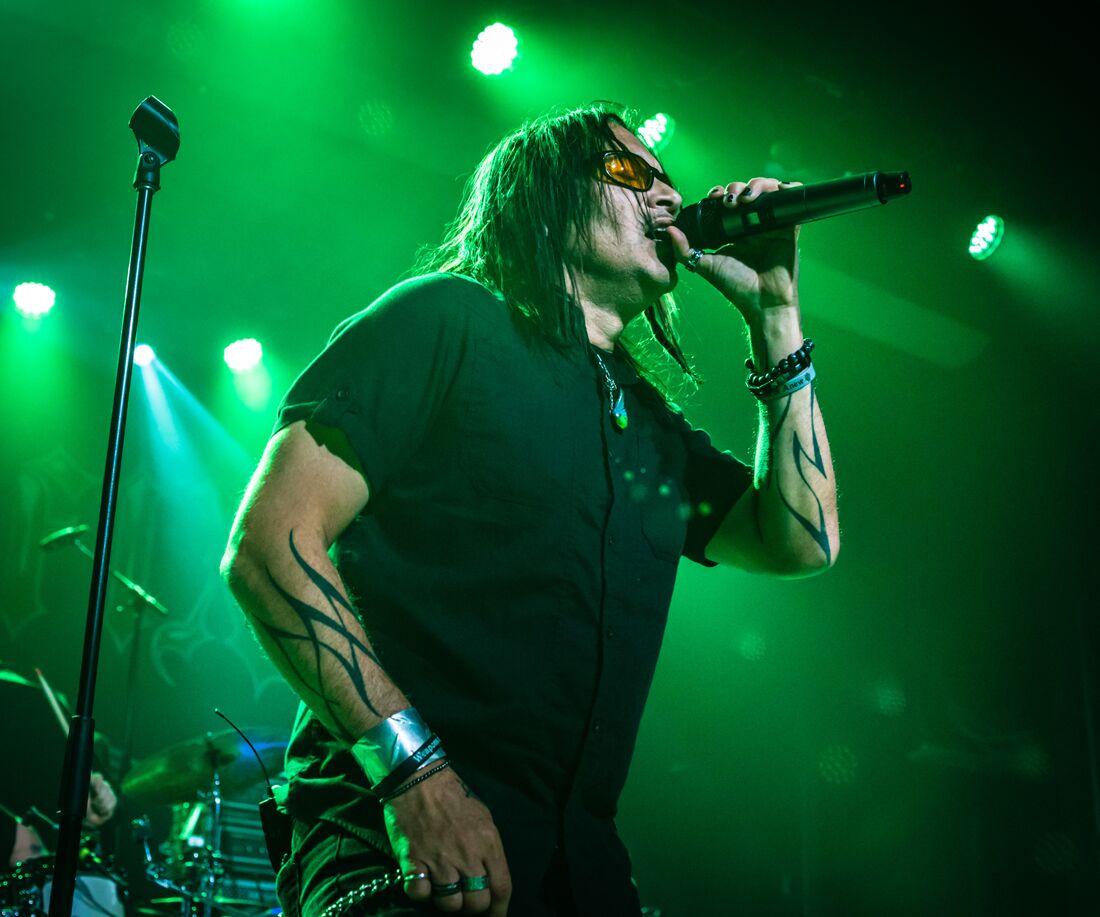 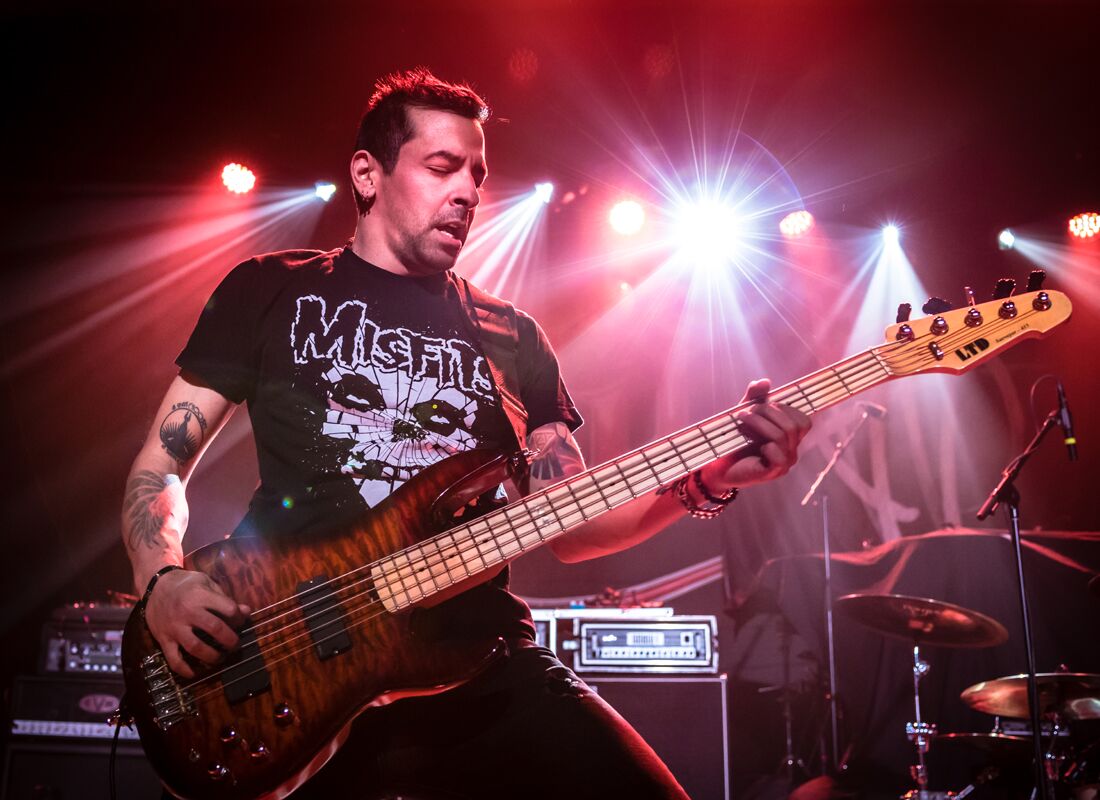 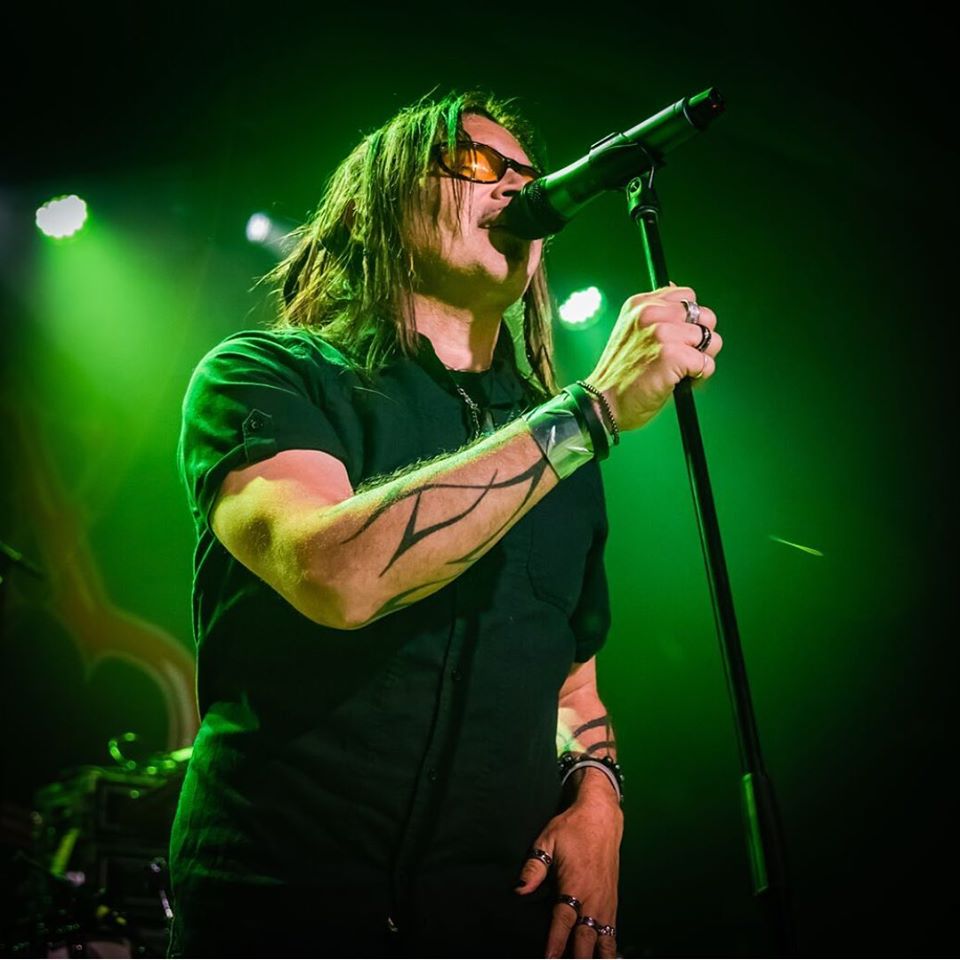 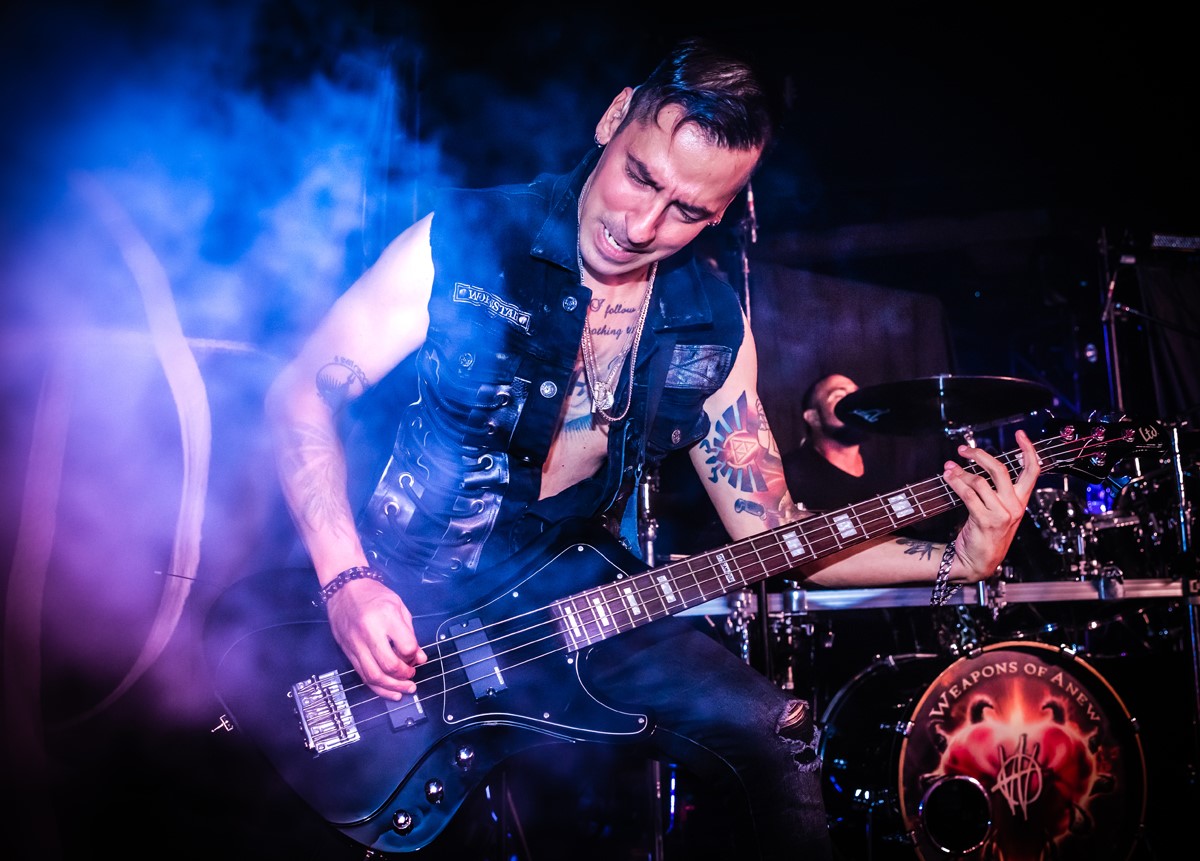 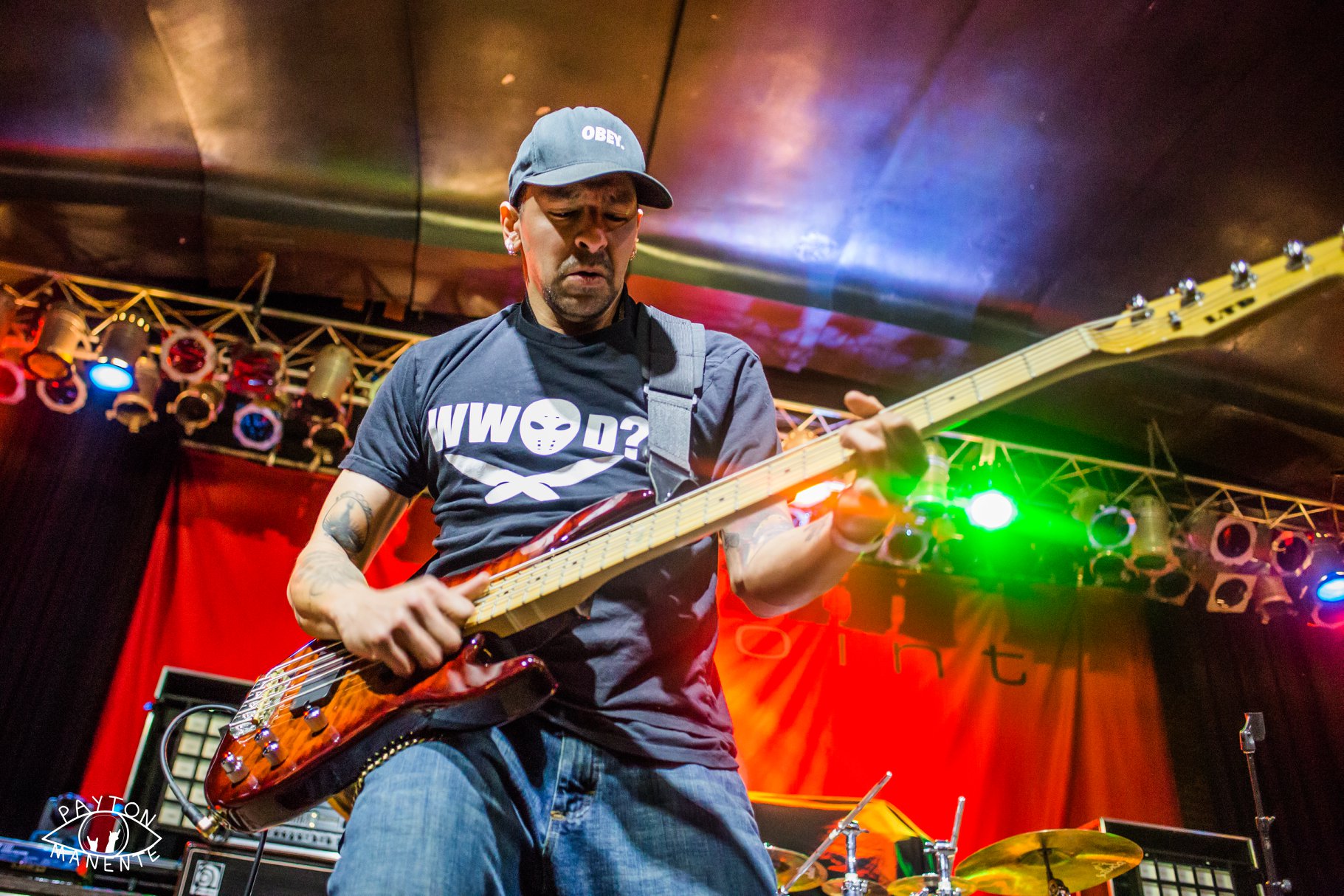 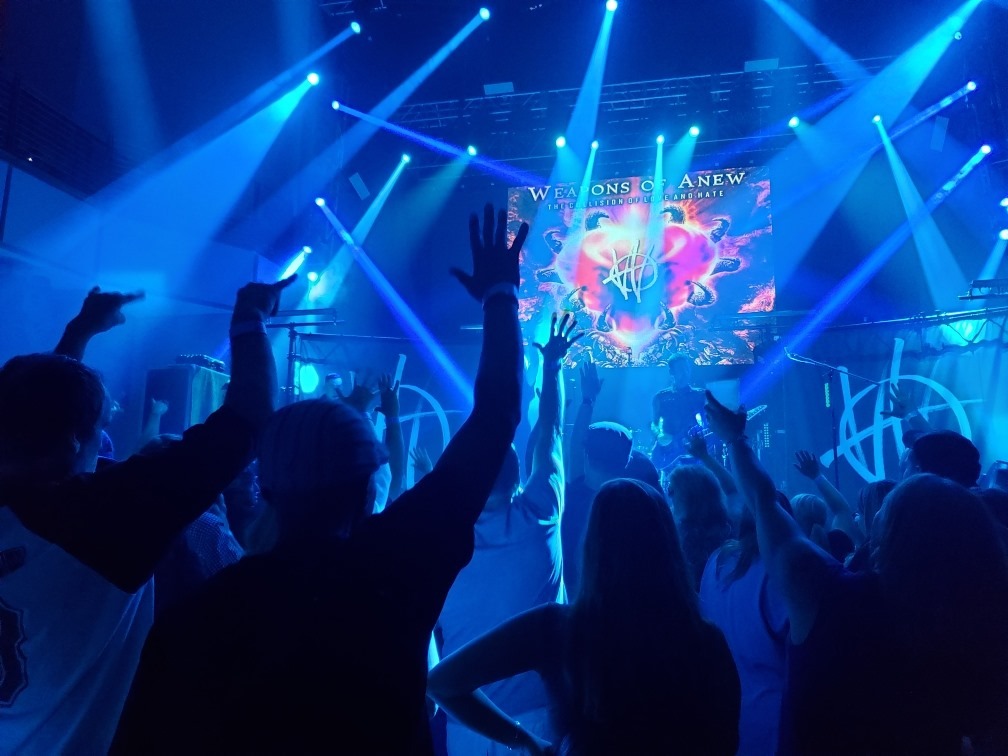 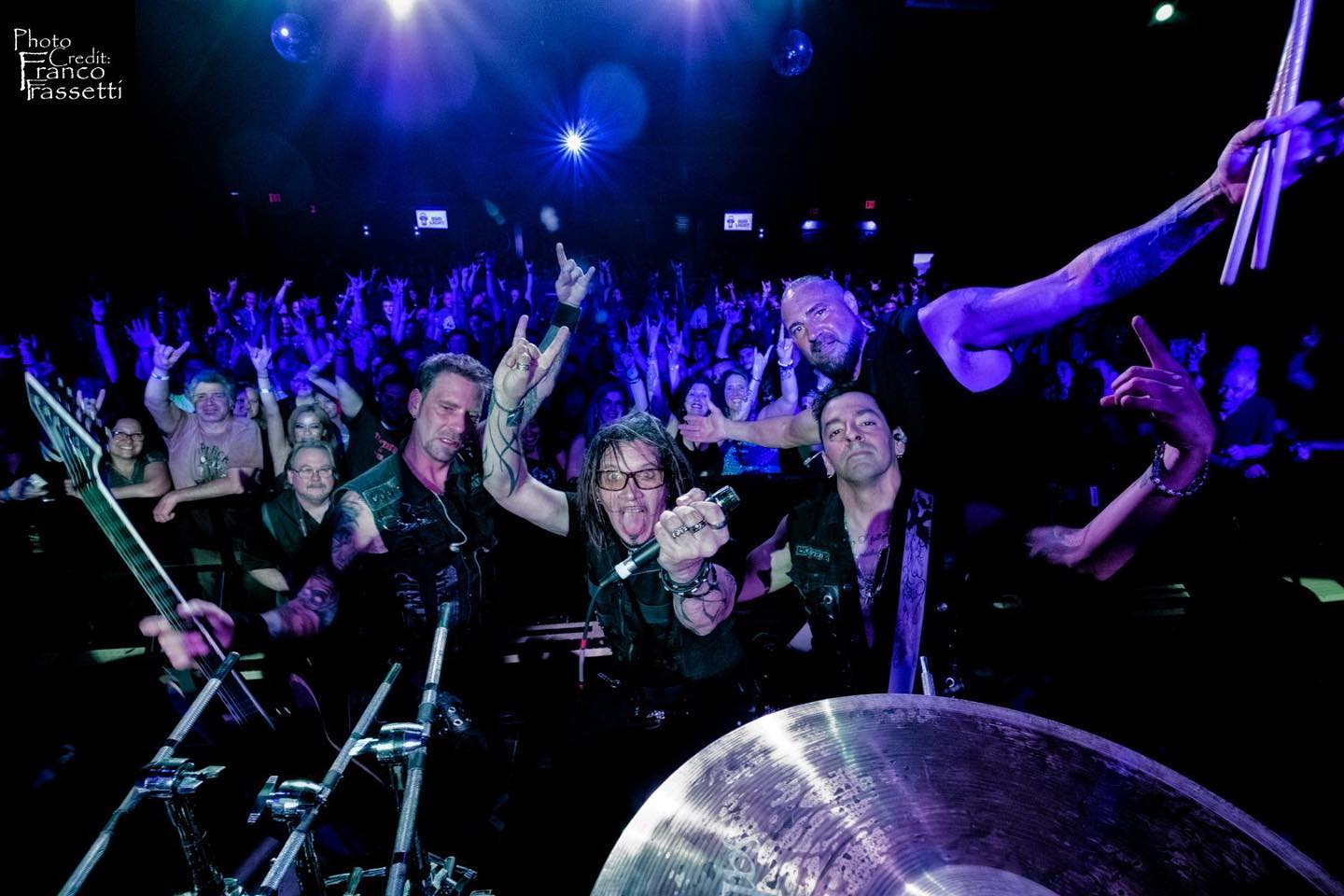 Key to the band’s recent “live” success: the professionalism of the band’s musicians led by former Axiom and HavocHate guitarist Freddy Ordine—and former Spread Eagle vocalist Ray West, a born frontman whose confidence and command of the stage has attracted a growing fan base now eagerly awaiting the arrival of the aforementioned debut.
Musicianship coupled with powerful vocals are obviously important, but even the most talented artists stumble without creative, catchy songs. But, as “The Last Hero” tour audiences will attest, each of the band’s songs resonate. From their first single and music video “Killshot” to their debut’s closing track—the potential radio hit--“Undone,” Weapons of Anew never relent. They are not afraid to sonically paint outside the lines and refuse to be “boxed in” or categorized. Their brash, bold sound is colorful, layered and textured; a testament to each member’s vast musical background while maintaining a strong nod to the new.
“I wanted to concentrate on hooks,” the guitarist explains. “I want to experiment with harmonies and melodies. I wanted to play music that comes naturally to each of us in this band. I wanted to write, work on songs with this band and then immediately record them. I wanted to capture that spontaneity; that raw vibe; that fresh energy.” Although Ordine enjoyed success with both Axiom and HavocHate, there were different musical styles he wanted to explore. As HavocHate’s leader, the gifted musician helped create two memorable albums (2003’s This Violent Earth (Root of All Evil) and 2005’s Cycle of Pain (Indecent)). Hampered by internal issues and lineup changes, however, the band grinded to a halt. This gave Ordine the chance to “step back” and focus on his growing family, but he refused to give into his frustration and quit music. He had more to say as an artist. All he needed was a proper foil; his ideal partners in musical crime.
Enter Ray West, whose raspy, raw, melodic, soulful and psychotic vocals had help define MCA recording artists Spread Eagle.
“It was serendipitous,” says West of his connection with Ordine. “Sometimes, you meet a person and it instantly comes together.”
“In addition to his amazing, versatile voice, [West] immediately added another dimension to what this band was creating,” continues Ordine. “He is a born frontman with amazing presence, but he doesn’t have that rock star ego. He is an amazing songwriter and lyricist. He helps bring this music to life.
“The first time we spoke on the phone, it was like we had known each other for years. As soon as we got together [to jam] there were fireworks.”
As for the bands backline? The guitarist continues: “I reached out to Reno, who I’ve known since 2005 when he was HavocHate’s touring bassist. I always wanted to write with him, but we just never had the opportunity. Reno has a very unique approach to his instrument; the way he stacks parts on top of mine and creates layers is simply amazing to watch.
Chris [Manfre] has all the elements a great rock drummer should have: energy, drive and the ability of hard hitting. I knew the second I saw him play that he was special and meant for this project.”
Lyrically, Weapons of Anew’s music is both a visceral and abstract view of West’s surroundings.
“I write from a personal view point,” he explains. “Whether it is about life or social situations, however, I have always felt that the best words are those that a listener can take and make it his or her own.”
The band’s debut, "The Collision of Love and Hate" was produced and engineered by James F. Murphy (ex-Death, Testament and Cancer). Although notoriously authoritative, Murphy collaborated with the band as if he was an additional member, offering and receiving ideas to make the source material stronger. The end results were mixed by Mike Ferretti (Sevendust and Warren Haynes, among others), who was able to capture the band’s organic, live sound, while avoiding pro-tools or auto-tune embellishing. Ted Jensen from Sterling Sound mastered it.
“It was awesome to see these songs work live,” beams West, who is chomping at the bit to get back on the road. “Performing live was when I first felt validation. It is a complete different trip from recording the songs and waiting to the public to consume them. Sure, it will be great performing in front of audiences who are familiar with the words, the grooves, and the guitar solos, but that will come in time.”
As for the band’s unusual name, Ordine sums it up best when he says, “We’re four musicians who have quickly become this well-oiled machine; this new musical weapon.” 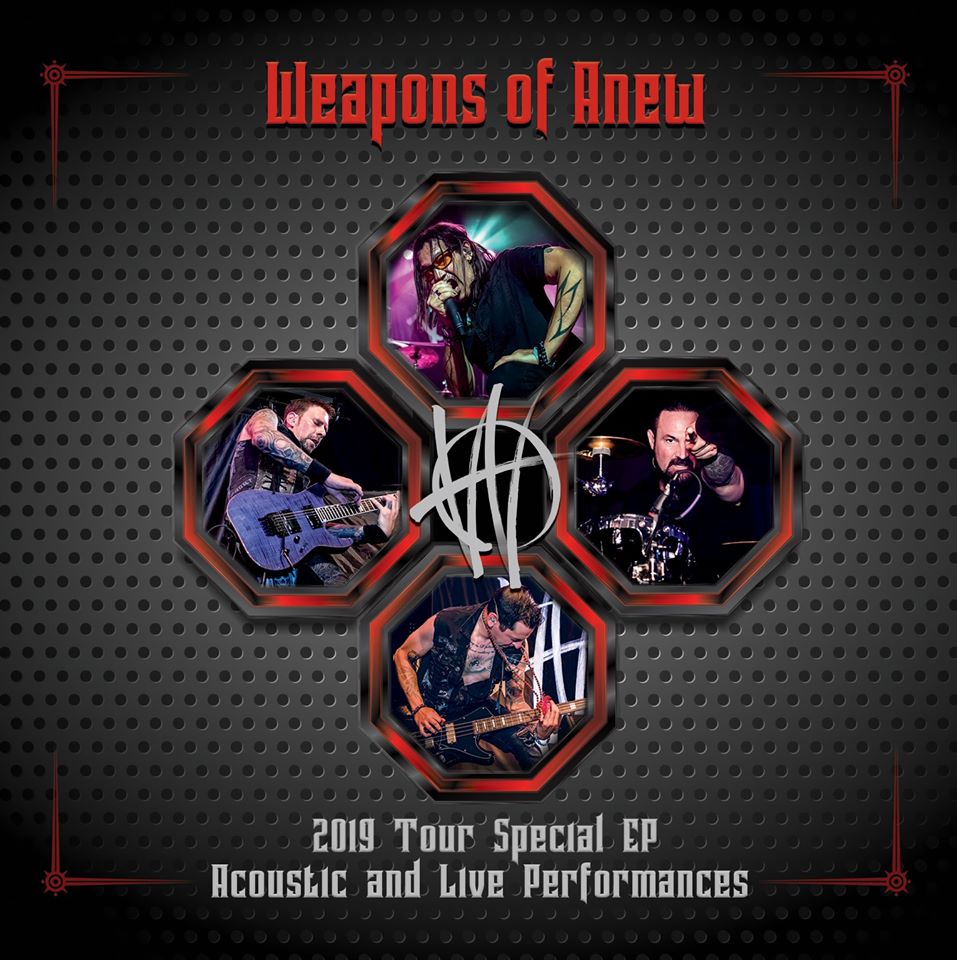 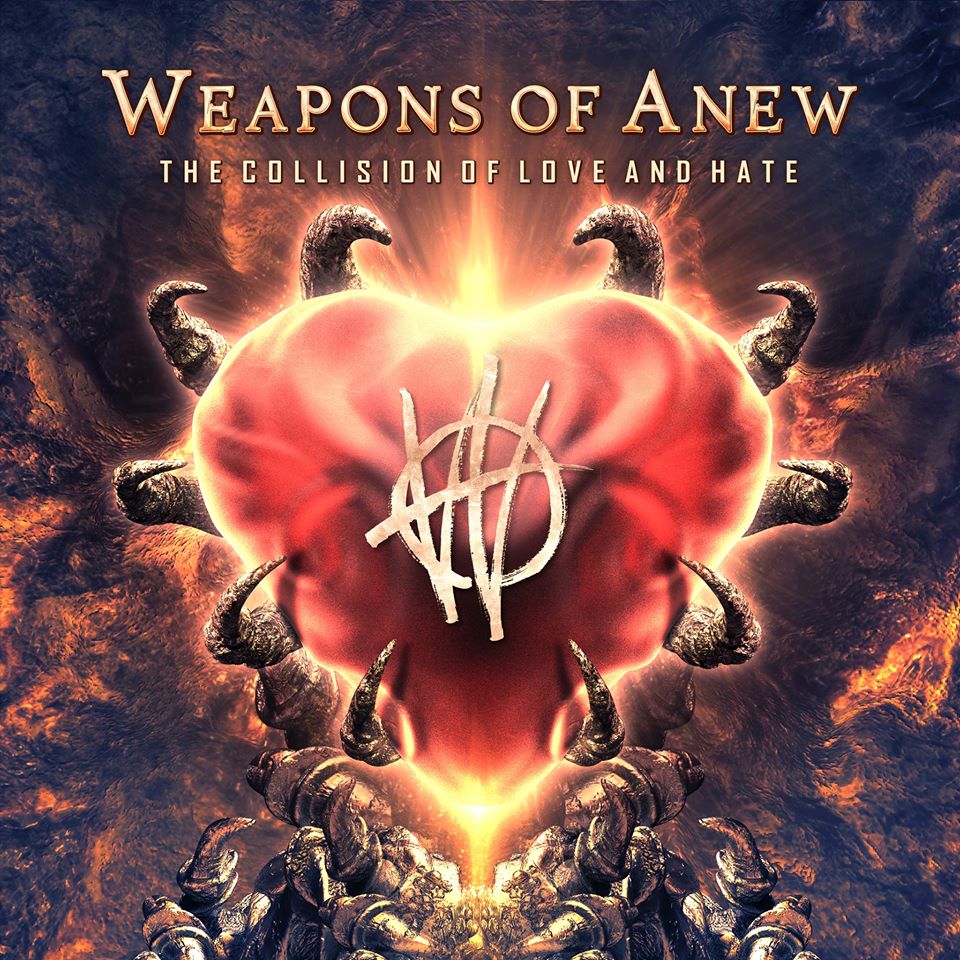 Weapons of Anew - Topic
We use cookies on our website to give you the most relevant experience by remembering your preferences and repeat visits. By clicking “Accept”, you consent to the use of ALL the cookies.
Cookie settingsACCEPT
Manage consent