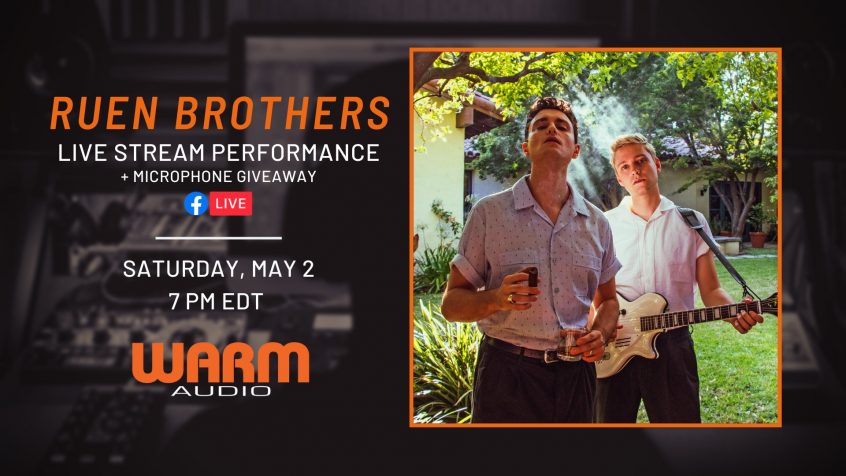 Join Ruen Brothers on Warm Audio‘s Facebook page May 2 at 7pm EDT for a special live stream performance and WA-47jr FET Condenser Microphone giveaway. The band will be performing songs they wrote for the Netflix Original movie “The Half Of It” and discussing the writing and recording process behind them. “The Half Of It” releases May 1st.

ABOUT RUEN BROTHERS
With their dusky vocal harmonies and love of twangy ’50s rock, England’s Ruen Brothers have a sound that harks back to a rock & roll past, but with a modern urgency. Ruen Brothers went from playing pubs in their small industrial hometown of Scunthorpe, Northern England to recording an album with Rick Rubin in Malibu.

Ruen Brothers recently wrote an original song ‘Up In California’ for Blumhouse’s ‘Adopt A Highway’ starring Ethan Hawke, directed by Logan Marshall Green. They also penned four songs on the upcoming Netflix Original movie ‘The Half Of It’, directed and written by Alice Wu.

Their sophomore album is set to be released later this year – written, recorded, produced and mixed by Ruen Brothers in their Brooklyn studio.